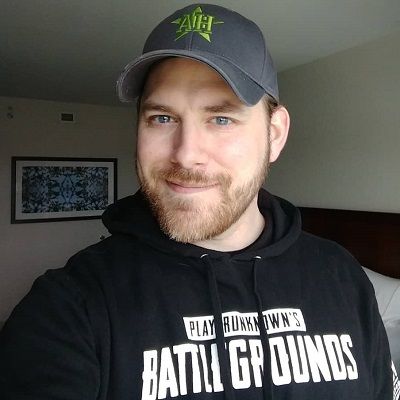 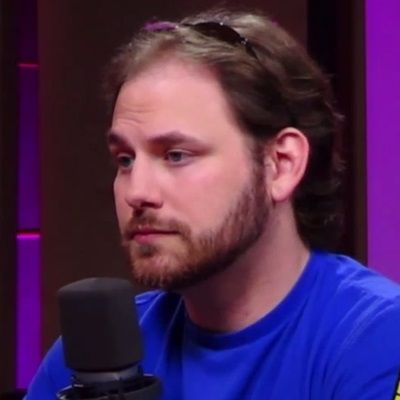 Best known as a staff member of the Machinima production company Rooster Teeth, Ryan Haywood is more than. Ryan Haywood is an American actor, content producer, gaming journalist, and on-camera host. Moreover, he was an animator, editor, producer and technical director of the 10th season of Red vs Blue.

Born on the 6th of December 1980, Ryan’s full name is James Ryan Haywood. He was born and raised in Columbus, Georgia. Apart from this, Ryan has concealed other details about his family and childhood. Currently, he is known by the nicknames Iron Ryan, The Mad King, Rye Bread and many more. He also has several pets.

Regarding his educational pursuits, Ryan attended Full Sail Tech University where he studied computer animation. Then he joined Georgia Southern University to take courses in computer engineering, computer science, and broadcast. Not to forget he also has a degree in Theatre and Computer Animation form an institute in England. 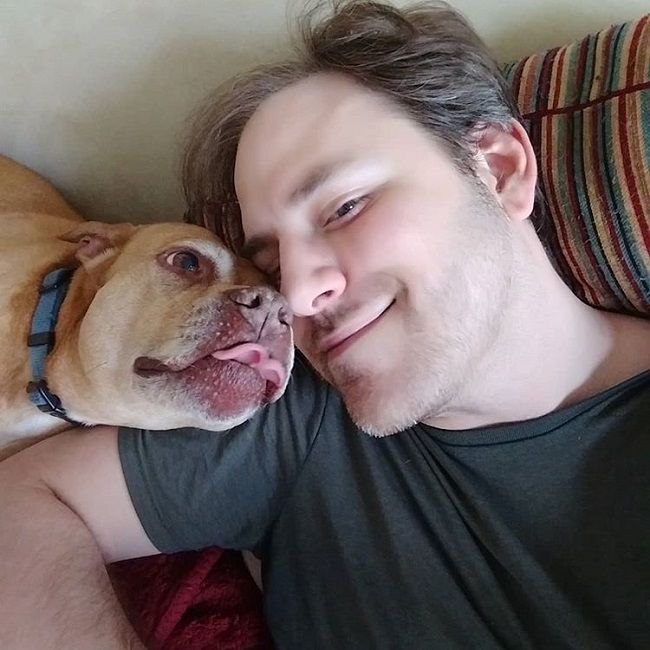 Caption: Ryan Haywood with one of his pet dogs. Source: Instagram

Ryan’s career journey began during his high school days. Back then he worked as a professional model as stated in Let’s Play – 7 Days to Die Part 3. Besides this, he fronted many magazines and even did runway shows.

In 2011, after moving to Corpus Christi, Texas, Ryan came across a job opening with Rooster Teeth on Craigslist. He applied and was called to move to Austin. There he started working as a fulltime editor for Achievement Hunter.

He was responsible for managing the Rooster Teeth website and their Game Fails Channel on YouTube. Subsequently, he worked as an editor, crew member, and recurring host, before being featured in videos as the main host beginning in March of 2012.

Ryan claims the first video he made was the NYC tour video, titled “A video game tour of NYC” uploaded to YouTube by Rooster Teeth on June 10, 2011. Similarly, his sound was first heard in the video titled “The Witcher 2: Librarian Achievement Guide“.

Moreover, “Let’s Play – Mari0 – With Geoff, Gavin, Michael, and Ryan” was the video uploaded on March 26, 2012, where Ryan made his first appearance. Following this, he was promoted to the main crew members. Later in 2012, he also became the technical director and animator for Red vs. Blue Season 10. 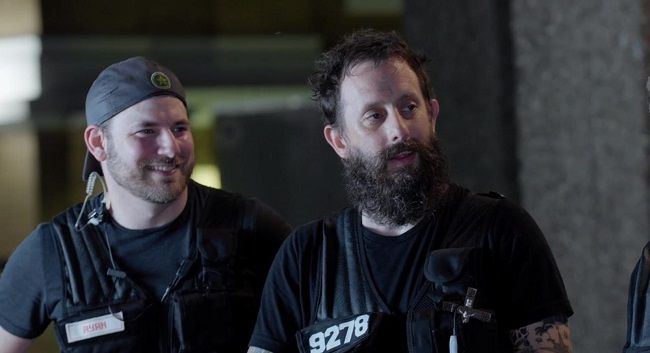 Since then, Ryan has been investing in Achievement Hunter as a fulltime member. He has starred as the third main host member in several videos including Let’s Play and VS. In addition to his hosting skills, Ryan has participated as a voice actor in a number of animated projects and TV series produced by Rooster Tech.

He is the voice of Professor Peter Port in RWBY, Lieutenant John Elizabeth Andersmith in Red vs Blue, and The Mad King on X-Ray and Vav. Besides this, he began streaming on Twitch under the channel ‘SortamaliciousGaming’ since 2016.

Ryan has not been recorded as an award winner until now. Furthermore, as the main cast of one of the world’s biggest entertainment company Rooster Teeth Productions, Ryan has earned a significant amount from his career.

He is one of the most influential gamers in the world who has worked tirelessly to achieve his dreams. As for now, his estimated net worth is around $1 million.

In 2007, Ryan was married to his long term, girlfriend Laurie Higginbotham. Laurie is a veterinarian and met Ryan in high school. The pair is blessed with two children Eli and Olivia. Elder son Eli was born in 2011 whereas they had Olivia in 2013. They have been featured in Ryan’s Twitch streams multiple times.

Ryan is a hardworking and dedicated human. He is focused on his work and happy family life. Thus he has never involved in any kind of rumors or controversies.

6 feet tall Ryan has a slim body built. He has a bodyweight of 82 kgs. Other details about his body measurements are not available. Furthermore, he has light brown hair and dark brown eyes.