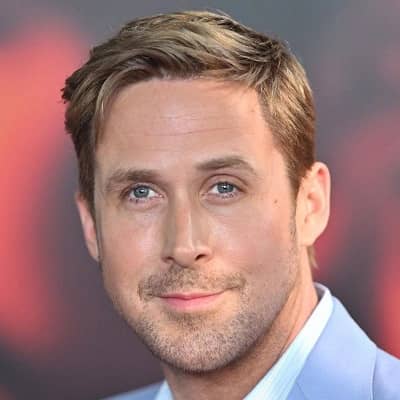 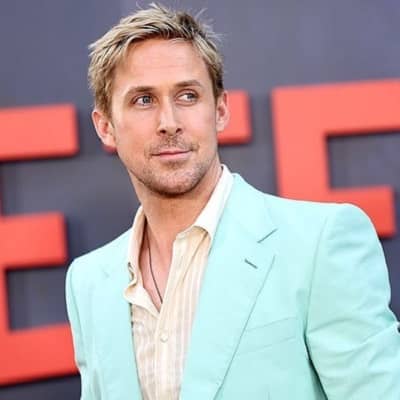 Ryan Thomas Gosling best known as Ryan Gosling was born on the 12th of November 1980, in London, Ontario, Canada. As of 2022, he is 42 years old and holds Canadian nationality. He has a birth sign of Scorpio and belongs to mixed ethnicity of French-Canadian, English, Scottish, and German.

In addition, he is the son of  Thomas Ray Gosling (father) and Donna Gosling (mother). Professionally, his father is a traveling salesman for a paper mill, while her mother is a secretary who qualified as a high school teacher in 2011.

He grew up with his elder sister whose name is Mandi Gosling. When Ryan was 13 years old, his parents divorced. Due to this, he along with his sister lived with their mother. Coming towards his academic career, he completed his schooling at Gladstone Public School. He then went to Cornwall Collegiate and Vocational School. Later, he attended Lester B. Pearson High School.

He was motivated to become an actor as a youngster after watching the 1945 American movie Dick Tracy. Moreover, Gosling hated school and was bullied throughout elementary school.

He was diagnosed with attention deficit hyperactivity disorder  (ADHD) in high school. Since he was a child, he has been taking acting and dancing classes. He dropped out of high school when he was 17 to pursue his acting career.

From his acting career, he lives a lavish life. As of 2022, his net worth estimates at around $70 million. His annual salary, however, has yet to be disclosed. His films have grossed more than $1 billion at the box office. In 2016, he was paid $7 million by The Nice Guys. Gosling received $6.5 million from the First Man in 2018.

Ryan Gosling started up his acting carer as a child actor, he appeared in the teenage comedy series ‘Breaker High’ from 1997 to 1998. He dropped out of high school and moved to Los Angeles to take on the lead role in the teen series ‘Young Hecules.’

In 2000, he appeared in the football drama ‘Remember the Titans,’ which led to a leading role as a Jew in the 2001 film ‘The Believer.’ Because of his religious upbringing, he was selected for this part by director Henry Bean. He co-starred in the psychological thriller ‘Murder By Numbers,’ alongside Michael Pitt and Sandra Bullock, as a wealthy high schooler trying to commit the ideal murder. 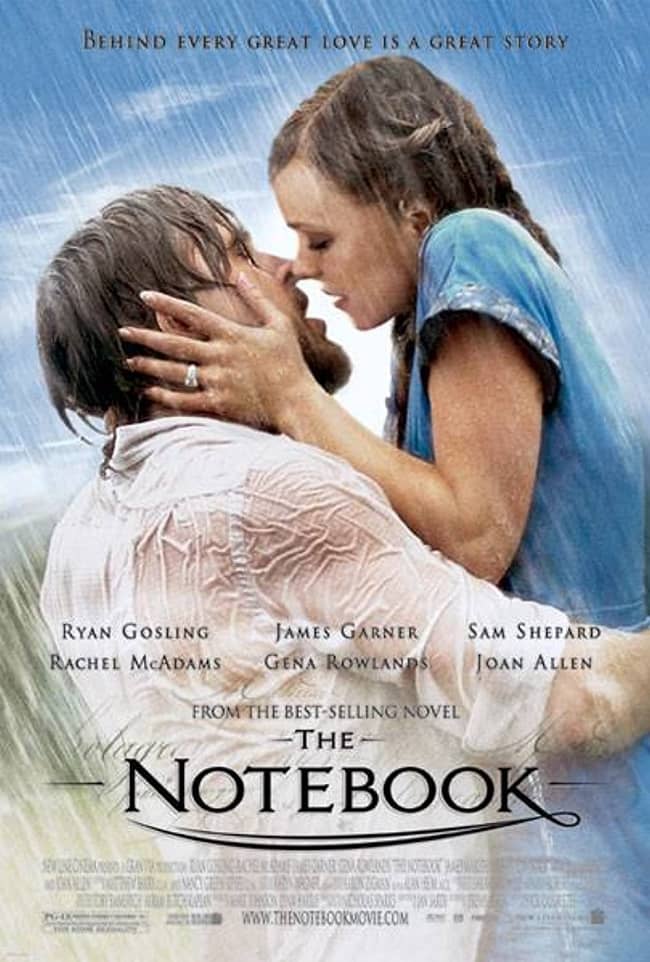 Caption: Ryan Gosling’s role in the film the Notebook with his co-actress (Source:
IMDb)

In 2004, he got his breakthrough role as Noah in the romantic drama film ‘The Notebook,’ with Rachel McAdams. The plot is around a couple who fell in love in the early 1940s. The film was a commercial success, and it helped him establish himself as an actor.

In 2006, he starred in the drama film ‘Half Nelson,’ which told the story of a schoolteacher who has feelings for one of his students. He received an Academy Award nomination for his performance in this critically praised film.

Gosling’s performance as Lars in the 2007 comedy-drama ‘Lars and the Real Girl,’ was well-received. In 2010, he starred in the romantic drama ‘Blue Valentine,’ which follows the story of a married couple from their romance through their divorce some years later.

Other movies, directing debut, and singer

In 2011, he co-starred with Steve Carell and Julianne Moore in the romantic comedy-drama ‘Crazy, Stupid, Love.’ The film earned good reviews and was a box office hit. In 2013, he played Sergeant Jerry Wooters in the action crime film ‘Gangster Squad,’ which was largely based on the narrative of LAPD officers and detectives.

He went on to appear in the widely praised financial satire The Big Short (2015) and the romantic musical La La Land (2016), the latter of which earned him a Golden Globe Award for Best Actor as well as a second Academy Award nomination for Best Actor. The science fiction thriller Blade Runner 2049 (2017) and the biographical First Man (2018) both received critical praise.

In 2014, he tried directing, and his debut film, ‘Lost River,’ appeared in the Un Certain Regard section of the 2014 Cannes Film Festival. The film garnered bad reviews. Gosling is a musician as well. In 2007, he created a rock duo with Zach Shields, and their debut album, ‘Dead Man’s Bones,’ was released in 2009. On the album, he provided vocals, piano, guitar, bass guitar, and cello. 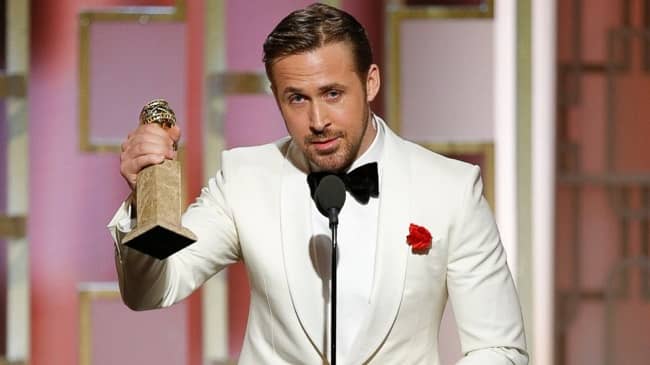 Regarding his personal life, he is currently engaged to actress Eva Mendes in October 2016. The couple has two daughters whose names are Esmeralda and Amada Lee. 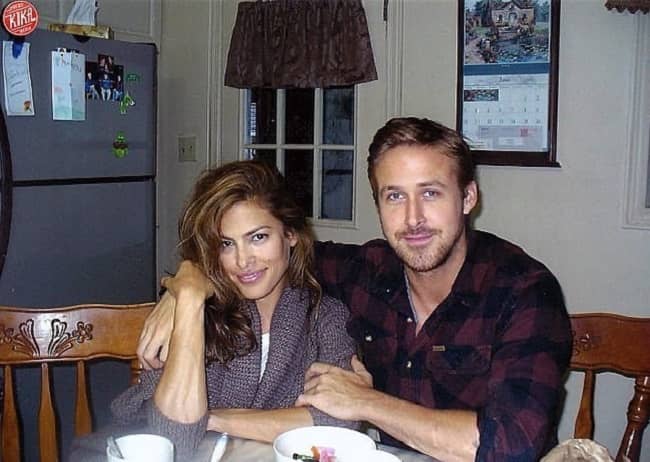 Now, they have been together for more than eight years and have a great relationship. In the past, Gosling dated celebrities such as Casey LaBow, Sandra Bullock, and Rachel McAdams. However, this American actor has not been involved in controversy or rumors and is focused on his personal and professional career.

Regarding his body stats, he stands 6 feet tall and weighs around 78 kg. Moreover, he has blue eyes with blonde hair color, and his body measurements measure 46-16-32 inches. Likewise, he wears a shoe size of 11 US. 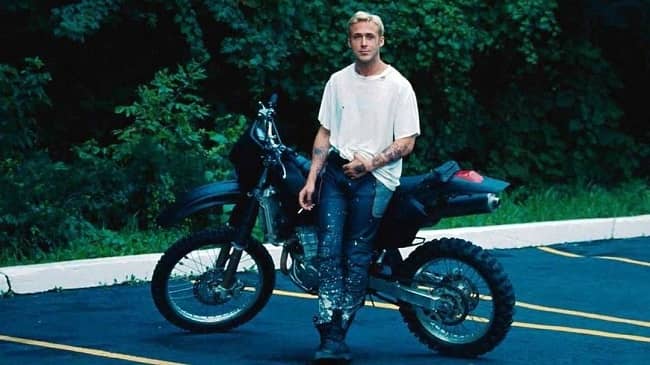