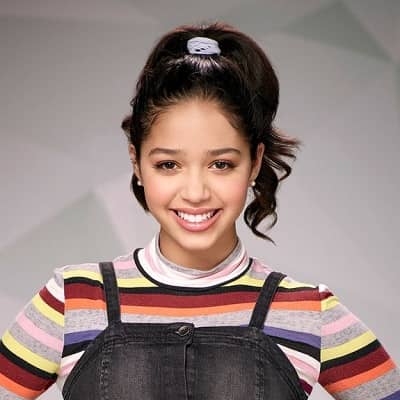 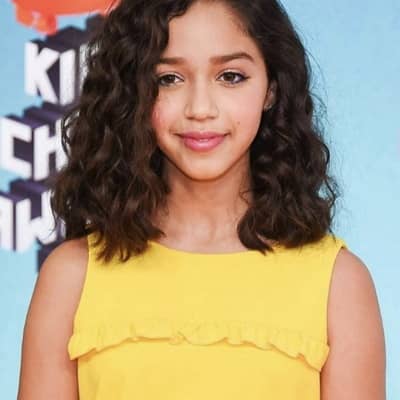 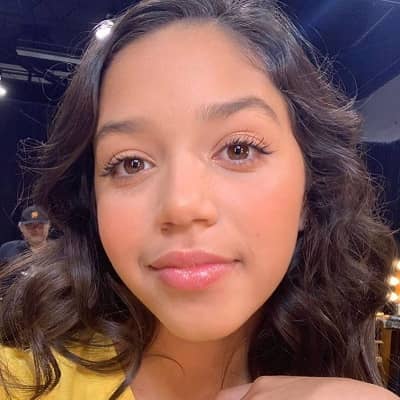 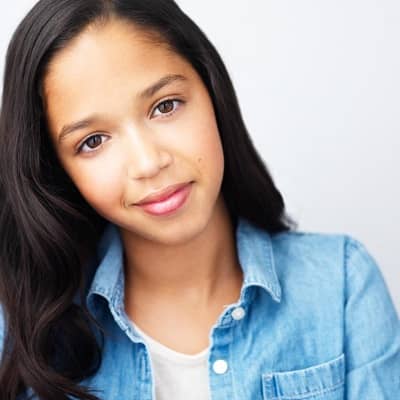 Ruth Righi is a young American actress and singer. Ruth Righi has garnered popularity for playing the titular role in “Sydney to the Max”. She has also played in Broadway plays including “Really Rosie!” and “School of Rock”. She is also a guitarist.

Ruth Righi was born on September 7, 2005, and her current age is 16 years. She hails from Santa Cruz, California and she has also lived in New York. Talking about her family, Ruth lives with her parents and grandmother. She considers her grandma as one of the biggest heroes of her life. Besides her grandma, she cites Pakistani activist Malala Yousafzai, actress Tina Fey, and Ruth Bader-Ginsburg as her inspirations.

Whenever Righi is not working or studying, she loves to dance and play the piano. She also enjoys spending quality time with her friends and family. She enjoys pottery making and listening to Ariana Grande, Billie Eilish, Stevie Wonder, and Prince.

Ruth considers herself a ‘foodie’ and loves snacking. Grapefruit and chocolate are the snacks she can’t resist! She also likes to eat macaroni and cheese. Like many teen girls, Ruth had a crush on Troy Bolton, Zac Efron’s High School Musical character. 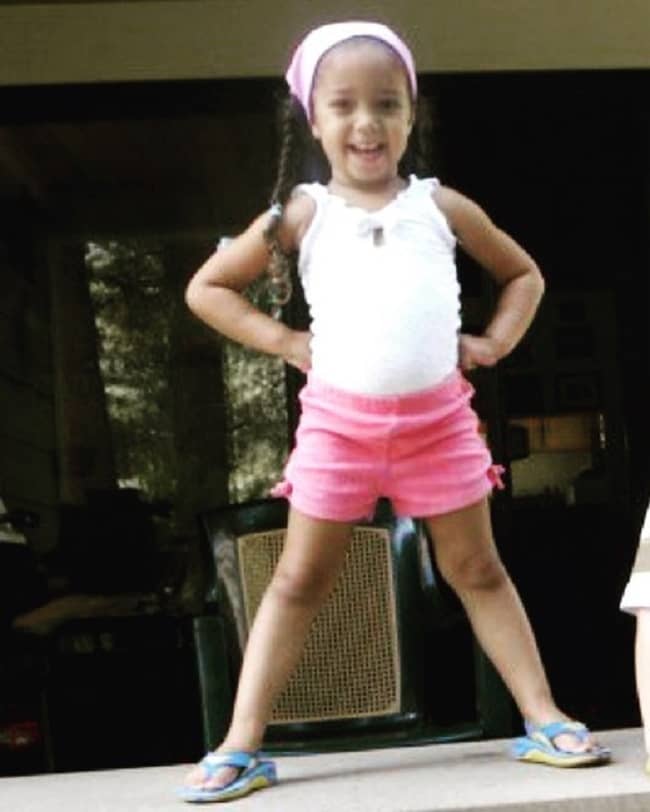 Caption: Ruth Righi posing for a photo in a childhood photograph. Source: Instagram

Ruth Righi began acting and dancing at the young age of three. She began studying the piano when she was just five. Her early interest in performing led her to a professional career in acting. Ruth also released her first single, Curl, on 11 May 2019, for Disney Channel Voices.

Despite being so young, Righi has already earned immense fame and is currently one of the most talented teen artists in the American television industry. She is an inspiration for many teenagers who are skilled at performing and want to showcase their skills in front of the world. 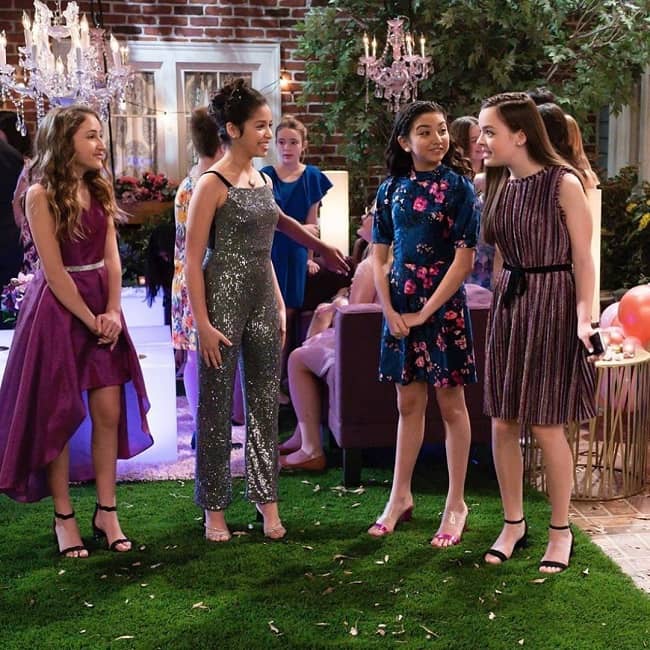 Caption: Ruth Righi as seen in a scene of the series “Sydney to the Max”. Source: Instagram

Talking in more detail, Ruth Righi made her first television appearance in 2018 when she featured in an episode of Happy! It is a comedy-drama series starring Ritchie Coster, Christopher Meloni, Medina Senghore, Patrick Fischler, and Lili Mirojnick.

Then in early 2019, Ruth started appearing in the titular role in the comedy series Sydney to the Max. This show also stars Ava Kolker, Jackson Dollinger, Caroline Rhea, and Christian J. Simon. This series is about a 12-year-old girl who lives with her single father and her grandmother as she navigates school life with her friend.

Ian played the role of Sydney’s single dad Max. Likewise, Ruth’s grandmother in the series is played by Caroline Rhea. Ava Kolker stars as Olive, her best friend. It’s a Laugh Productions developed this series and it premiered on 25 January 2019. Likewise, the theme song of this series is written and produced by Michelle Lewis, Dan Petty, and Kay Hanley, and performed by Dan Conklin and Ruth Righi.

Before acting on television, Ruth Righi used to perform on Broadway and has been featured in a number of productions including the School of Rock and Really Rosie!

At the young age of 16 years, Ruth Righi is probably single at present. She has not shared any social media posts that might indicate her present relationship status or her current love affairs. Ruth might also be more focused on her studies and strengthening her acting career rather than involving in affairs, scandals, and controversies. She has also maintained a clean public profile.

There is no verified information regarding Ruth Righi’s body measurement details including her height, weight, chest-waist-hip measures, dress size, shoe size, etc. Nevertheless, she is still at the stage of development and hence her body measurement stats shall keep changing for a few more years ahead. Likewise, Ruth has dark brown eyes and curly hair of the same color. 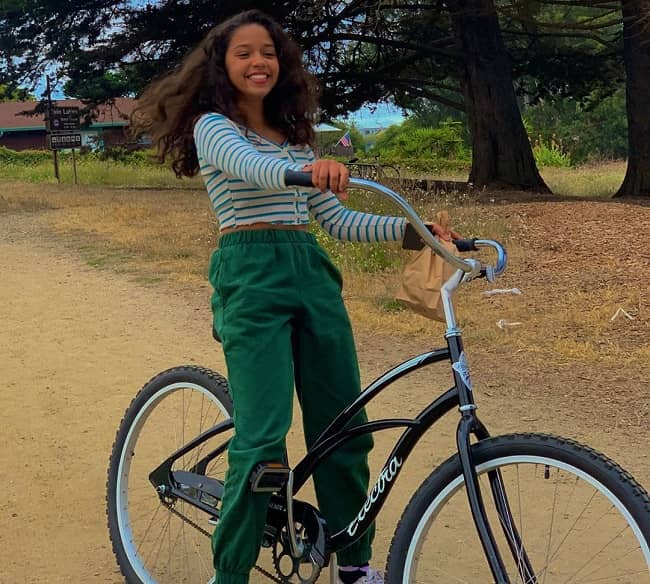 Talking about her social media presence, Ruth Righi joined Twitter in August 2018 and her follower base is still rising. She goes by @righiruth on Twitter and as @thatruthrighi on Instagram. On her Instagram, she has shared 308 posts and earned over 190k followers at the time of writing this biography.

Furthermore, Ruth is also available on Tiktok as @definitelyruth. On this lip-syncing and video-sharing app, Ruth has garnered 67.2K followers and 183.9K likes. Moving on, Ruth has a net worth estimation of approximately $1 million to $5 million dollars. At such a young age, she might earn through her acting, singing, and modeling projects among others.