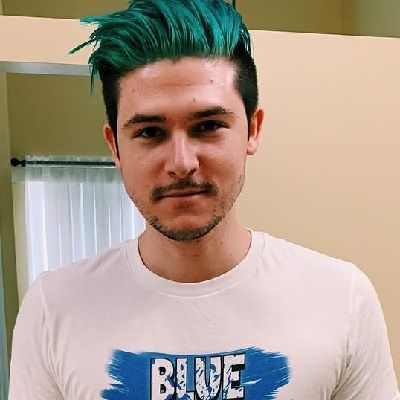 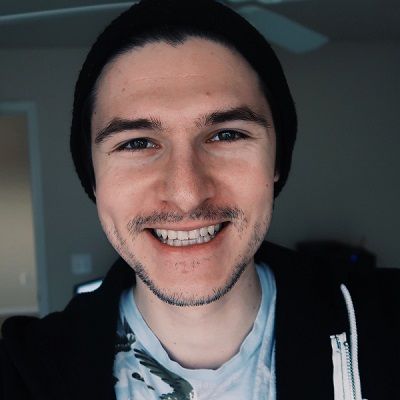 RussoPlays is an American Youtuber gaming personality famous for his RussoPlays – Roblox & More! YouTube channel. RussoPlays has earned popularity through his Roblox, Pokemon, and Minecraft Let’s Plays and Let’s Builds.

RussoPlays is 24 years old. He was born on April 15, 1996, in the United States of America under the astrological sign Aries. There is no information regarding his parents and childhood days. His full name is Anthony Russo.

Talking about RussoPlays’s professional life, he initiated his social media career through Youtube and launched his gaming channel on September 11, 2014. However, he started posting videos two years later. His oldest video to date is titled “Pokemon GO Cheat: How to Play In Landscape Mode NO HACKS!!” posted on August 22, 2016. Since then he has been posting family videos on his channel.

Unlike most Roblox YouTubers, he started out playing Pokémon GO and created hack and cheat tutorials. He has also played Slither.io, Clash Royale, Minecraft: Money Wars, and several other mobile games. He created Roblox quickly after beginning YouTube and mostly played Pokémon GO remake games there.

Some of his other notable videos on the channel are “BUYING THE INFINITE COINS GAMEPASS IN CHEESBURGER SIMULATOR REACHING MAX HEIGHT!,” “I GOT NUMBER ONE ON THE LEADERBOARDS IN LIFTING SIMULATOR AND BECAME THE MAX STAGE!!,” “BECOMING THE RICHEST PLAYER IN PET SIMULATOR! *MYTHICAL CHEST* ,” “BUYING THE INFINITE PET GAMEPASS IN SAFE CRACKING SIMULATOR!!,” and “I Got The PAPER INFINITY GAUNTLET For 15 BILLION DOLLARS In PAPER BALL SIMULATOR!!.” These videos have crossed millions of views.

Recently, on January 1, 2020, he launched his vlogging Youtube channel named Russo Vlogs. However, he posted videos 12 days later. His first debut video is titled “Day In The Life Of A FULL TIME YouTuber! (1 Million Subscribers),” posted on January 12, 2020. He has posted few videos till now and has garnered over 29.4k subscribers. 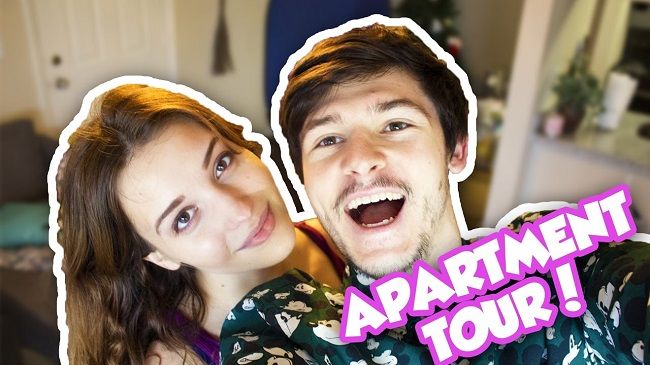 Some of the videos he posted in this channel are “One Month Update On Our DREAM HOME Build!,” “WE STAYED AT THE NICEST HOTEL EVER!! (Without The Kids),” “YouTube Sent Me A MYSTERY PACKAGE To Solve…(HARD),” “SHE CAN’T BELIEVE I MADE THIS SHOT!!,” and more.

Speaking on RussoPlays’s earning, he is a famous Youtube Roblox gamer who has earned a decent sum of money through his Youtube work. Looking at his Youtube statics, he has published 1,686 videos which all together add up to more than 233.5 million views till now.

And he creates 39 new videos every month on average. Therefore, he has made a net worth of around $941,000 dollars as of April 2020 from Youtube videos. Likewise, he is living lavishly with his family and has recently bought his dream car.

Reflecting on RussoPlays’s personal life, he is a married man. He married his long-term girlfriend Meg Russo on December 10, 2019. However, the duo was in a romantic live-in relation previously. Before their marriage, the duo was blessed with two kids.  His daughter named Bella was born in May 2017 and in July 2018, he has again welcomed a baby girl Ariel Aurora. They live a blissful and happy life together. 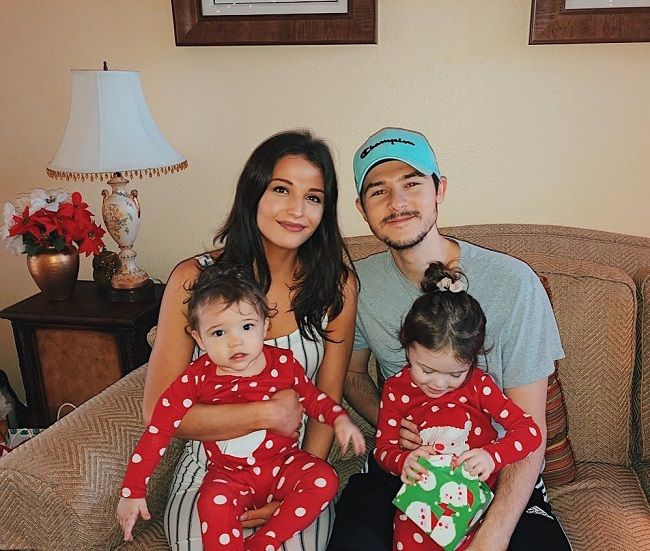 Likewise, he often shares their pictures on social media handles which looks adorable, He has maintained a beautiful bonding with his daughters which reflects on his Instagram posts. Further, there is no sign of break up anytime soon and has been living a beautiful lavish life with his wife and two kids.

Furthermore, there is no information regarding her past affair and neither he has been linked into any controversial acts regarding his personal as well as professional life. He has successfully maintained a good profile over social media platforms.

Good looking and handsome Youtube personality RussoPlays has good height with lean body type. Likewise, he has a pair of dark brown eyes with brown hair color. Further, there is no information regarding his body statics, height, and weight. 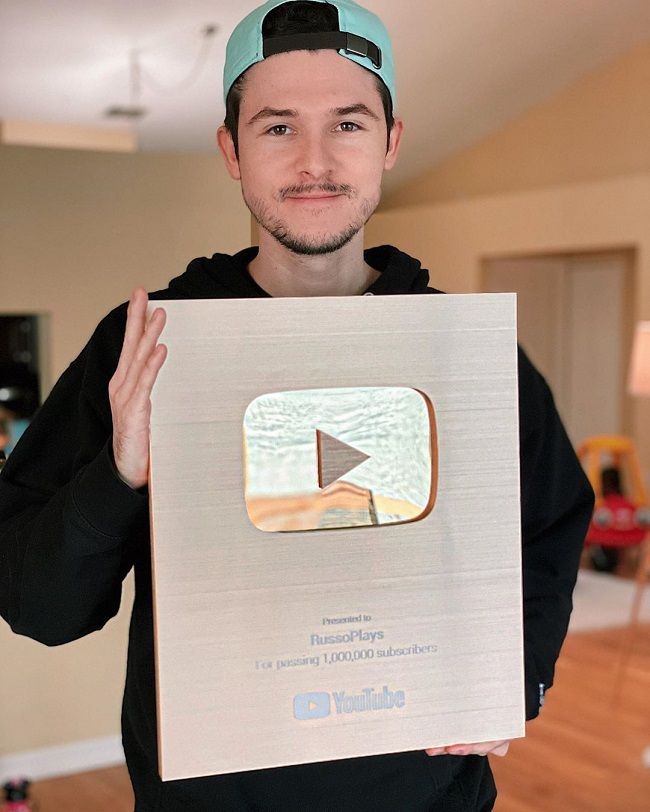