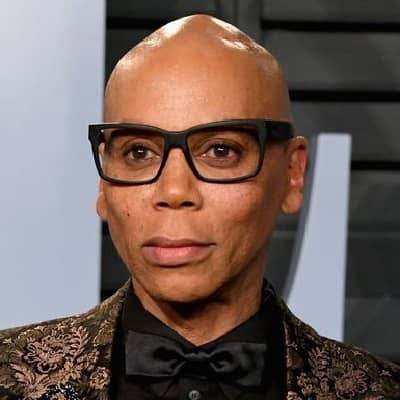 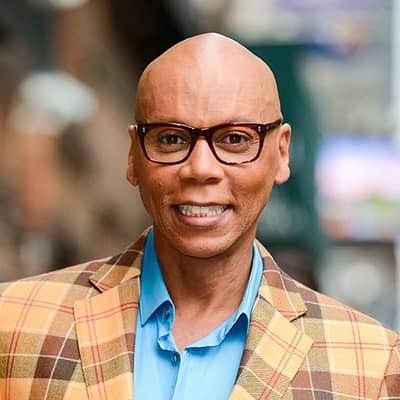 RuPaul is an American drag queen, model, actor, singer, and television personality. RuPaul is known for his cross-dressing personality and is famous for his TV  shows. He has produced and hosted, `RuPaul’s Drag Race,’ the reality competition series (since 2009), for which he has received six Primetime Emmy Awards, in 2016, 2017, 2018, and 2019.

RuPaul was born on November 17, 1960, in San Diego, California, and is currently 61 years old (2022). Later, he moved to Atlanta, Georgia. His full name is RuPaul Andre Charles. His mother, Ernestine named him, “Toni” Charles, a Louisiana native. He lived with his mother and three sisters after his parents divorced in 1967. His father is Irving Charles. Later at the age of 15, he moved to Atlanta, Georgia, with his sister Renetta to study performing arts.

He was the only boy of his parent’s four children and eventually began wearing his sister’s clothes and exploring cross-dressing and fashion from an early age. Talking about his education, Charles attended the North Atlanta School of Performing Arts. Although he didn’t graduate, it was a big step forward to step in the world of performance and, in the end, show business. 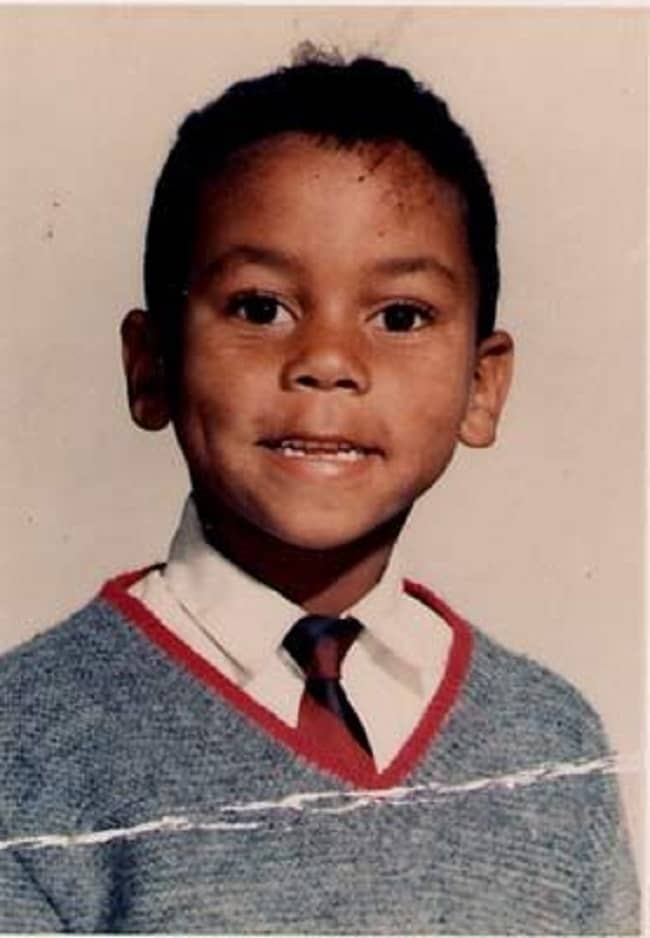 He had worked as an underground musician and filmmaker long before he received acclaim for his flamboyant character. He began performing in local Manhattan clubs and became a popular attraction through his various flamboyant acts on stage. RuPaul released his debut album; ‘Supermodel of the World,’ in 1993. The music video for “Supermodel” was nominated for Best Dance Video at the 1994 MTV video music awards. The first single from the album, ‘Supermodel (You Better Work),’ became an instant hit, bringing RuPaul worldwide recognition.

His next two songs, ‘Back to My Roots’ and ‘A Shade Shady,’ topped the ‘Billboard Hot Dance Music/Club Play chart. After gaining huge popularity, ‘MAC cosmetics signed RuPaul to model for the brand, making him the first-ever drag queen supermodel. In 1997, he released his third album, `Ho Ho Ho.’ RuPaul released his fourth album, Red Hot in 2004, on his own RuCo Inc. music label. RuPaul made his film debut with Spike Lee’s ‘Crooklyn,’ in 1994. Earlier, he had also appeared in a low-budget film, ‘RuPaul Is Starbooty!’ also known as ‘Starrbooty’ in 2007.

In mid-2008, RuPaul began producing RuPaul’s Drag Race, a reality television game show which aired on Logo in February 2009. The show had a panel of experienced judges who were to select the next “drag superstar of America.” In March 2009, RuPaul released the album Champion which produced four singles, “Cover Girl”, “Jealous of My Boogie”, “Devil Made Me Do It” and “Tranny Chaser.” Moreover, the album peaked at number 12 on the Billboard Dance/Electronic Albums as well as 26 on the Billboard Top Heatseekers chart. 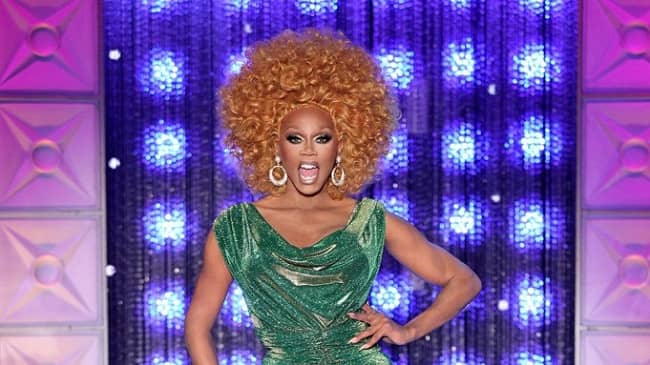 RuPaul acted in films such as ‘But I’m a Cheerleader(1999), ‘The Truth About Jane’ (2000), ‘Dangerous Liaisons (2005), ‘Another Gay Sequel: Gays Gone Wild’ (2008), and ‘Hurricane Bianca’ (2016). In January 2020, it was announced that he would host, `Saturday Night Live’ for the first time. The episode aired on February 8, 2020, with Justin Bieber as a musical guest. He is stepping back into the world of scripted television in the first teaser for his upcoming Netflix series AJ and the Queen.

In 2019, RuPaul won the Critics’ Choice Real TV Awards in the category Competition Series for his work RuPaul’s Drag Race: Untucked. He was awarded Best Reality Show Host by Critics’ Choice Television Awards for his work, `RuPaul’s Drag Race.’ For his work, `RuPaul’s Drag Race,’ he won the title of Best Dressed Reality TV Judge at the Entertainment Weekly Awards in 2013. In 1999, GLAAD Media Awards honored him with GLAAD Vito Russo Award.RuPaul was nominated for the 2010 GLAAD Media Awards for Outstanding Reality Program (2010, 2019, and 2020). He won this award in 2010 and the result for 2020 is still pending.

RuPaul has an estimated net worth of around $60 million. An average salary of a drag queen is $60,000. For the show, cast members are paid $400 per episode for their first season. Their pay increases 5 percent for future seasons: $420 per episode for their second season, $441 for their third, and so on. RuPaul is walking back into the world of scripted television in the first teaser for his upcoming Netflix series AJ and the Queen.

RuPaul is a proud gay and he married his longtime partner Georges LeBar. They danced together at Limelight in New York City when RuPaul was 34 years old. Before getting married the couple was together for 23 years. During an interview with Buzzfeed, RuPaul shared that the couple never intended on getting married. Now they have been married for 3 years since January 2017. 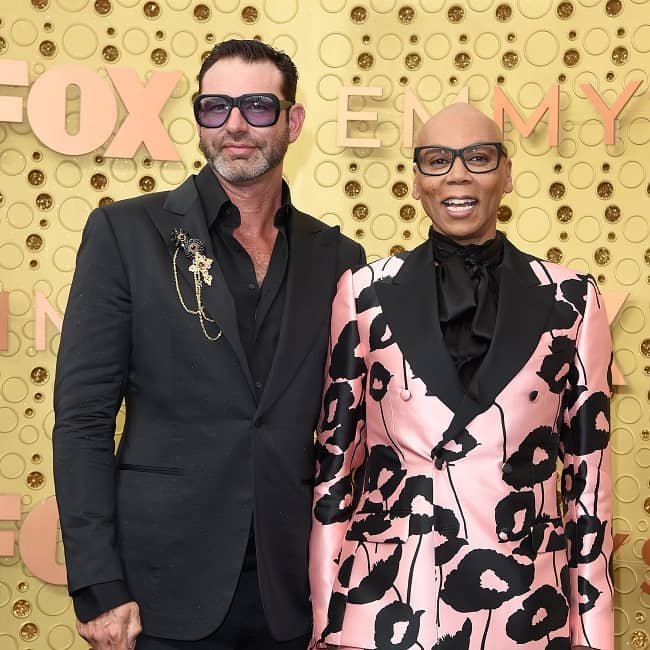 Caption: RuPaul clicking a picture together with his husband, Georges LeBar. (Source: Popsugar)

RuPaul’s partner was born on the 24th of January 1973 in Australia and is currently 47 years old. He has a successful career as a painter. Furthermore, he is the manager of a 60,000-acre ranch on land in Wyoming and South Dakota. RuPaul doesn’t have any kids. Also, he has had no other relationships that we know of.