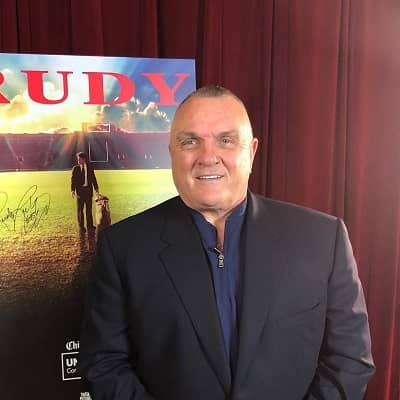 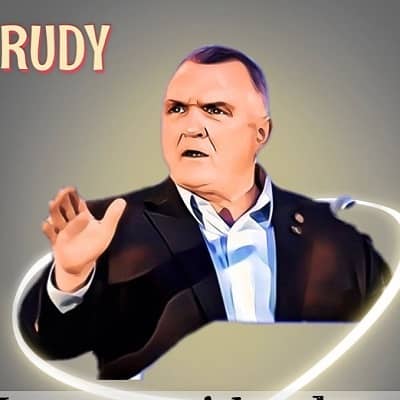 Rudy Ruettiger is an American motivational speaker and writer. At the University of Notre Dame, Rudy Ruettiger played college football. The 1993 movie Rudy was based on his early years and time at Notre Dame.

Daniel Eugene Ruettiger best known as Rudy Ruettiger was born on the 23rd of August, 1948, in Joliet, Illinois, the United States of America. According to his birth date, he is 73 years old as of 2022 and holds an American nationality.

He grew up in a German American family and was the third of fourteen children for his parents. Apart from this, he has not shared any other information regarding his zodiac sign, parents, siblings, and childhood life. We can assume that Ruby was well raised as a child by his parents. 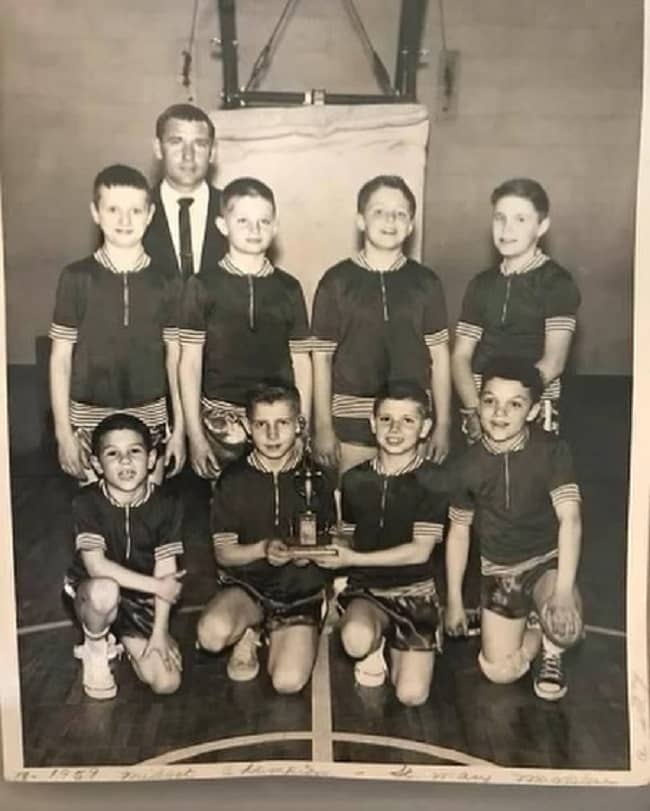 He suffered academically, at least in part because of dyslexia. He played football for Gordie Gillespie which is a well-known local football coach, at Joliet Catholic High School, where he was a student. After graduating from high school, he joined the US Navy.

He spent two years as a yeoman on a communications command ship before spending another two years working at a power plant. Although he applied to Notre Dame, his poor grades forced him to complete his first two years of college at the nearby Holy Cross College.

After spending two years at Holy Cross, he applied to Notre Dame four times before being admitted in the fall of 1974. He learned he had dyslexia while he was a student at Holy Cross.

Earned a place on the Notre Dame scout team

Rudy wants to play football for the Notre Dame Fighting Irish in college. Despite being small, he worked extremely hard to earn a spot on the Notre Dame scout team. His mentor at the time was Merv Johnson. Rudy eventually had a chance to play as a defensive end against Georgia Tech on November 8, 1975, after the 1974 season had ended.

He participated in the game’s last play as well as the kickoff and two incomplete passes. Additionally, he is carried off the field by his teammates after the end of the game, making him the only player in Notre Dame history to receive such an honor.

Rudy went to motivational speaking after retiring from college football. In addition, he began speaking to college and professional athletes as well as kids at schools and universities. He is also an author, to add. He has so far authored the two books listed under himself.

In addition, several additional works draw inspiration from his story but were created by different authors. His tale was recounted in the 1993 movie Rudy, in which Sean Astin played the title character. 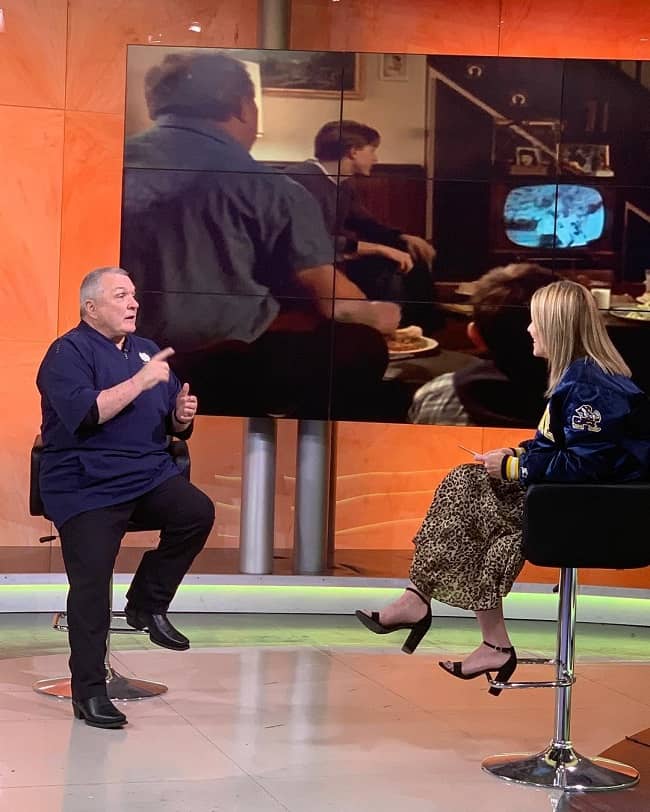 Written by Angelo Pizzo, Hoosiers collaborator David Anspaugh helmed and Rob Fried served as producer on the movie. Behind Rudy’s father and brother in the last scene, Ruettiger made a brief cameo appearance as a fan. On January 21, 2017, Rudy was baptized and became a member of The Church of Jesus Christ of Latter-day Saints.

Rudy Ruettiger has earned an Honorary Doctorate Degree from Our Lady of Holy Cross College. Likewise, he is an Honorary assistant to the Attorney General of Louisiana. Moreover, he is the first player at Notre Dame to have been carried off the field.

Being a motivational speaker, author, and former college player, he has earned a net worth of $550,000 and he has not shared other information regarding his income and salary.

Regarding his personal life, he is happily married to Cheryl Ruettiger since 1975. With the marriage, the couple shares two children whose names are Dane and Jessica.

His wife, The Rudy Foundation, whose goal is to promote local communities by offering scholarships in education, athletics, and performing arts, was co-founded by Cheryl. Moreover, Ruby is not in any kind of controversy nor got rumors at the moment.

Ruby is 5 feet 6 inches tall and weighs around 75 kg.  Moreover, he has salt-pepper hair with brown eyes color and there is no other information regarding body stats. 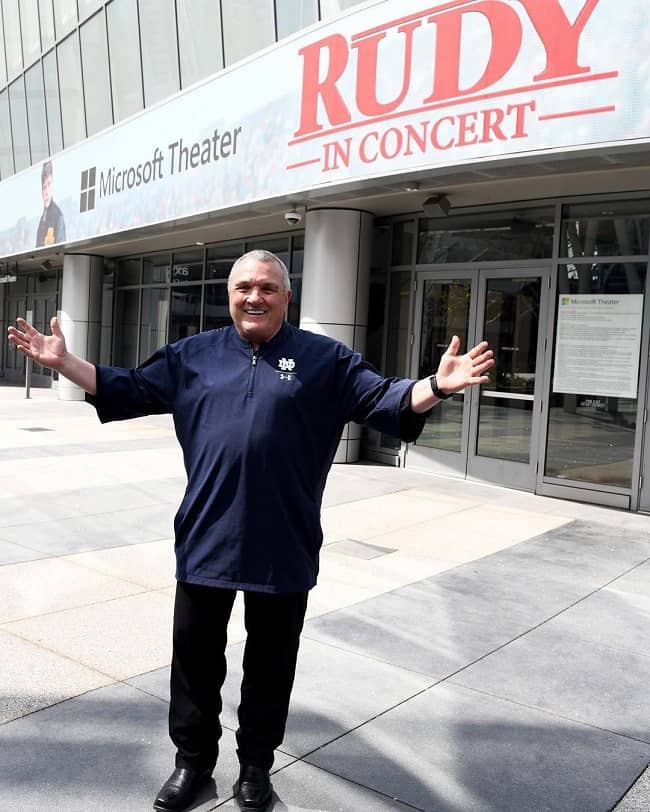