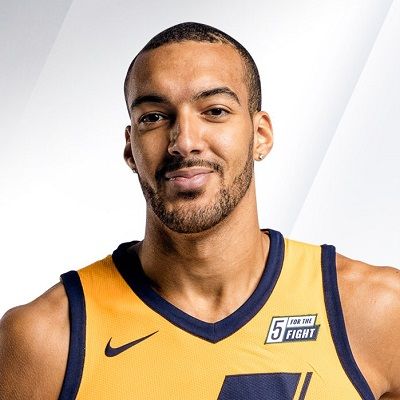 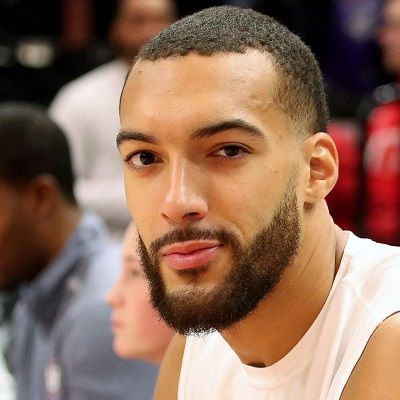 Rudy Gobert is a French basketballer who plays for the Utah Jazz and the French National team. Rudy Gobert recently became the first NBA player to test positive for the Novel CoronaVirus responsible for the ongoing global pandemic, COVID-19. He also received criticism for his carelessness during the time of this pandemic, especially seen at the press conference on 9th March.

Rudy Gobert becomes the first NBA Player to test Positive for COVID-19. What is his condition now?

Rudy Gobert is the first NBA player who tested positive for Corona Virus. He broke the news of his case through an Instagram post on 13 March 2020. He wrote that he went through so many emotions within 24 hours from diagnosis, mostly fear, anxiety, and embarrassment. Also, he apologized for his carelessness and also for endangering others at the time of the global pandemic.

The short clip where he is touching all the microphones before leaving the conference room went viral soon after the news about his test went public. This press conference was on 9 March. The public criticized him for mocking the Corona Virus and taking the COVID 19 global pandemic so lightly. Addressing the issue, he wrote further:

“At the time, I had no idea I was even infected; I was careless and make no excuse. And I hope my story serves as a warning and causes everyone to take this seriously; I will do whatever I can to support using my experience as way to educate others, and prevent the spread of this virus.”

In the video posted on the NBA Tweet feed, he also said, “I wish I would’ve taken this thing more seriously and I hope everyone else will do so”. On his Instagram post, he also urged people to stay safe and take all the necessary steps to keep everyone safe during this time. He addressed that he is under great care and hence will fully recover in no time.

“Just to give you guys an update; loss of smell and taste is definitely one of the symptoms, haven’t been able to smell anything for the last 4 days. Anyone experiencing the same thing?” 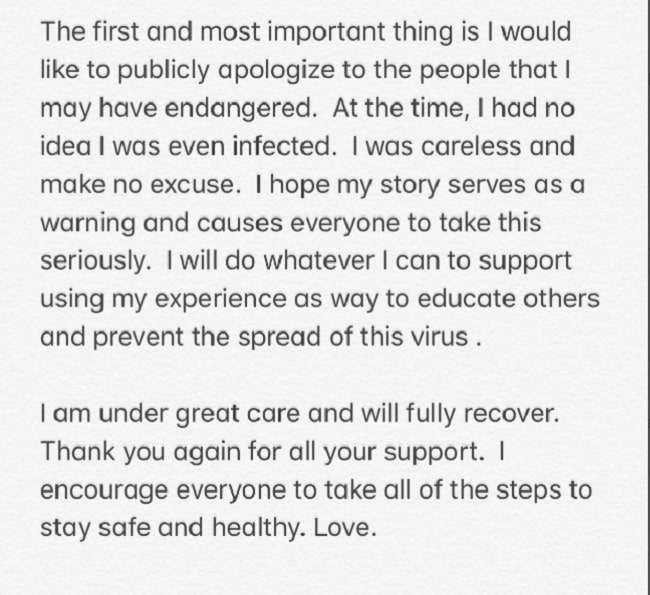 It seems like he experienced new symptoms that no other has publicly shared so far. He had lost his sense of smell and taste for 4 days already when he updated his status. On Friday, a group of British doctors indicated that losing the sense of smell may be a sign of coronavirus infection, whereas doctors in Italy reported similar findings. As reported in The New York Times, Prof. Claire Hopkins, the president of the British Rhinological Society, wrote in an email:

“We really want to raise awareness that this is a sign of infection, and that anyone who develops loss of sense of smell should self-isolate. It could contribute to slowing transmission and save lives.”

Dr. Marco Metra is the chief of the cardiology department at the main hospital in Brescia, where 700 of 1,200 inpatients have the coronavirus. He said:

Almost everybody who is hospitalized has this same story; You ask about the patient’s wife or husband. And the patient says, “My wife has just lost her smell and taste but otherwise she is well.” So she is likely infected, and she is spreading it with a very mild form.

Although he reported the new symptoms on March 23rd, he updated the public last week that he has been feeling much better. In a video posted to the NBA’s Twitter feed, he said:

I’m going to start by saying thank you to all of the people that have been supportive and for all the positive energy. It really means a lot. As for myself, I’ve been feeling a little better every single day thanks to the healthcare people of Utah and Oklahoma City and all of the great people around me.

In a statement released on Saturday, Gobert has pledged to donate $500,000 to assist people affected by the coronavirus. It also includes $400,000 to support the Jazz’s employee relief fund and aid coronavirus social services in Utah and Oklahoma City.

At the time of diagnosis

He is the center of Utah Jazz, and the team was in Oklahoma City on Wednesday night for a game against the Oklahoma City Thunder. This was when the NBA received word a Utah player had a preliminary positive test for the virus. They didn’t publicize the person’s name at the time but the league soon announced the suspension of the regular season due to the ongoing pandemic. The NBA season is now amid a 30-day minimum hiatus due to the growing concerns surrounding the coronavirus outbreak.

Shams Charania of The Athletic and Stadium later said that it was Gobert from the Utah Jazz who tested positive. A day later, Jazz guard, Donovan Mitchell, also confirmed that he also tested positive for coronavirus. A reporter from ESPN, Adrian Wojnarowski, reported on SportsCenter that there was a lot of frustration with Gobert among his teammates. Due to this, there is a rift between Gobert and Donovan, as per reports. And Utah Jazz is hoping that the hiatus helps amend the two stars’ relationship.

The frustration was because of his cavalier attitude about the situation before his diagnosis, referring to the incident of him touching all the microphones while joking at the 9th March press conference. Also, Gobert was very careless in the locker room and touched teammates and their belongings. Due to this, there is a rift between Gobert and

Condition of other players

However, the players from the Oklahoma City Thunder were reportedly not tested for coronavirus. They were allowed to leave the building. But the Jazz players were quarantined inside of the Chesapeake Energy Arena while they undertook tests for the Coronavirus.

The league told teams that have played Utah in the last 10 days should self-quarantine. The team’s opponents since March 2 include the Cleveland Cavaliers, New York Knicks, Boston Celtics, Detroit Pistons, and Toronto Raptors.

Moreover, Detroit Pistons’ big man Christian Wood, also tested positive recently and the news came in on Sunday. He defended Gobert a week ago in a game against the Jazz. Christian was also the first non-Jazz player to test positive for coronavirus.

Rudy Gobert was born on 26 June 1992 in Saint-Quentin, Aisne, in the north of France. He is currently 30 years old and his zodiac is Cancer. Similarly, his full name is Rudy Gobert-Bourgarel. His parents are Corinne Gobert and Rudy Bourgarel. His father is a former professional basketball player from Guadeloupe who played for the French national team in the 1980s. Also, he attended Marist College in New York before his professional career.

He started playing basketball for the JSC St-Quentin club in 2003. He later joined the Saint-Quentin BB club. In the year 2007, he joined Cholet Basket’s cadet categories training center and in the year 2010, he participated in the FIBA Europe Under-18 Championship. He played in the French under-18 national team and finished as the team’s best scorer and rebounder. 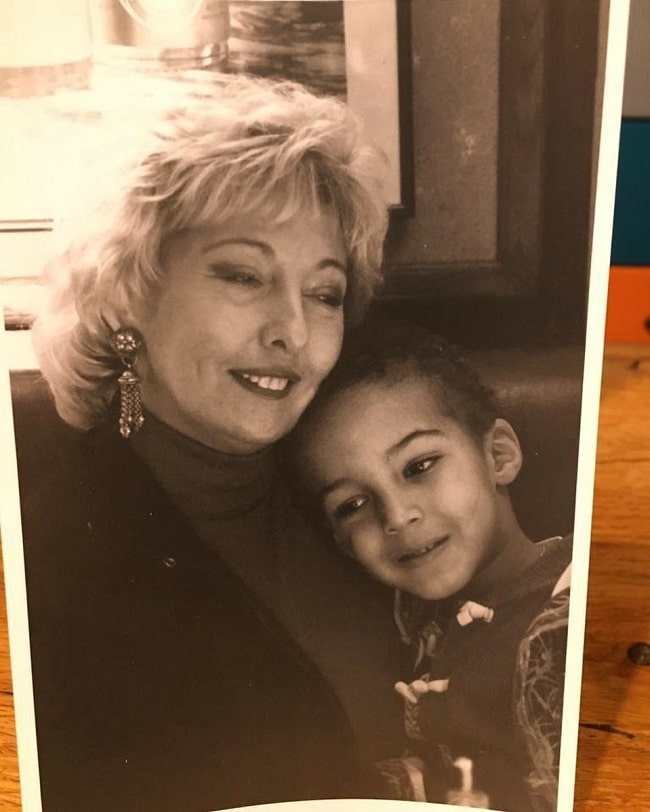 Caption: Rudy Gobert with his mother in a childhood photo. Source: Instagram

Rudy started playing basketball at an early age and also began playing professionally quite early. He has been a part of the Cholet Basket, and Utah Jazz, and also played for the National team of France. He is also popular among fans such as The Stifle Tower, Godzilla, and The French Rejection.

Beginning the Journey with Utah Jazz

He has been with the Utah Jazz since 2013. His journey with the team began when he declared for the 2013 NBA draft and set NBA Draft Combine records for a wingspan of 7 feet 8½ inches and standing reach 9 feet 7 inches in the 2013 combine. Due to these dimensions, he earned the nickname “The Stifle Tower.” However, Walter Tavares broke his record for wingspan a year later.

On June 27, 2013, the Denver Nuggets selected him with the 27th overall pick. They later traded him on draft night to the Utah Jazz. He signed his rookie scale contract with the Jazz on 6th July 2013 and joined them for the 2013 NBA Summer League. He scored a season-high 10 points against the Oklahoma City Thunder. It was in his 12th game for the Jazz on November 24, 2013.

Then on December 14th, the NBA Development League assigned him to its Bakersfield Jam. But on 21st December, the Utah Jazz recalled him and reassigned him on January 4th, 2014. He played sparingly for the Jazz in 2013–14, making an appearance in 45 of the team’s 82 regular-season games.

Ever since then, Gobert has played for the Utah Jazz. On 30th January 2020, they named him alongside teammate Donovan Mitchell as a Western Conference reserve for the 2020 NBA All-Star Game. His first selection as an All-Star came amid discussion that his omissions from the two prior All-Star games were among the worst in NBA history.

Moreover, on March 11th, 2020, a game between the Utah Jazz and the Oklahoma City Thunder was postponed right before tipoff. It was done right after they placed him on the injury list due to illness. He tested positive for Severe acute respiratory syndrome coronavirus 2 (SARS-CoV-2), a.k.a. COVID-19 after going to a local hospital for the test. The NBA then suspended the 2019–20 season indefinitely, for a minimum of 30-day hiatus. 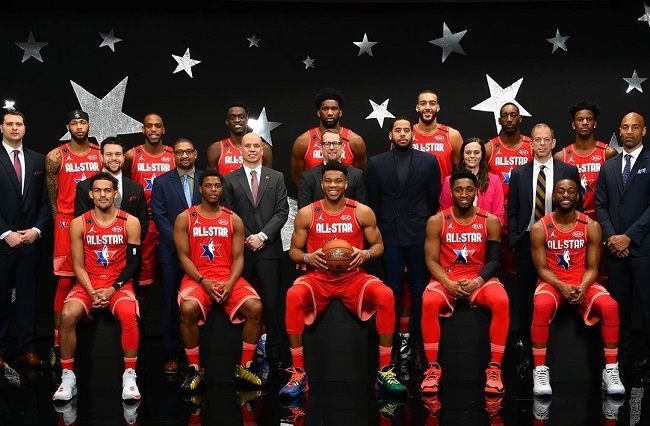 Furthermore, head coach Vincent Collet called Rudy Gobert to help the senior French national team prepare for the 2012 Summer Olympics tournament. He played two friendly games, scoring 8 points. He was also a part of the team that won the bronze medal at the 2014 FIBA World Cup. There, he averaged 4.1 points per game.

Then in 2015, he helped France to win bronze at the EuroBasket 2015, averaging 10.4 points, 8.1 rebounds, and 2.0 blocked shots during the tournament. He also helped the team receive All-European Championships Second Team distinctions from the website Eurobasket.com.

Playing the NBA for several teams so far, Rudy has received several awards, titles, and recognitions. Some of them are:

Moving on to his earnings and net worth, his net worth estimation is $20 million. Moreover, in November 2016, he and the Utah Jazz signed a $102 million contract extension.

Furthermore, on 11th March 2020, Forbes wrote that with two Defensive Player of the Year wins and an All-NBA nod to boot, Utah Jazz center Rudy Gobert is eligible for one of the biggest individual prizes in sports, i.e. the NBA “supermax” contract. According to ESPN’s Bobby Marks, such a deal for he would pay him $247.3 million over five seasons. That’s a lot of money, especially for a big man who’ll be in his age-33 season by the time the deal is set to expire.

Rudy Gobert is currently single. Interestingly, there has been no news about the NBA star’s romantic relationships up to now. Despite his success and handsomeness, he has stayed single for a very long time. However, girls might line up if he announces his interest in dating in the coming days.

He founded Rudy’s Kids in n effort to protect, promote and empower kids to rise above their life challenges towards their success. Since the year 2017, he is dedicated to giving back to core communities around the world through a variety of community programs.

Moreover, the Kids also seeks to identify, partner with, and support outstanding charities that directly impact the lives of youth through their generous contributions of time, skill, and commitment. It aims to raise awareness for these organizations through a variety of programs in education, recreation, community health, and community outreach.

As a basketball player, Rudy Gobert is very tall. He stands at a height of 7 feet 1 inches or 2.16 m. Moreover, his weight is around 111kg. While playing games, his wingspan is 2.36 m or 7’9″. His shoe size is 20 but his dress size and other body measurement details are not available. Moreover, both his eye and hair colors are black.

He is pretty active on social media platforms. He joined Twitter in June 2012 and so far has 457.6k followers. Moreover, on his Instagram handle @rudygobert27, he has 537k followers and 682 posts as of March 2020. His latest posts on social media accounts are related to his journey after testing positive for COVID-19.