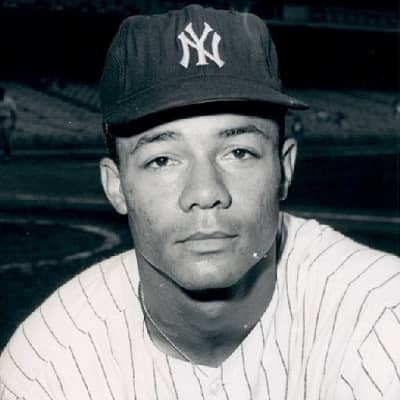 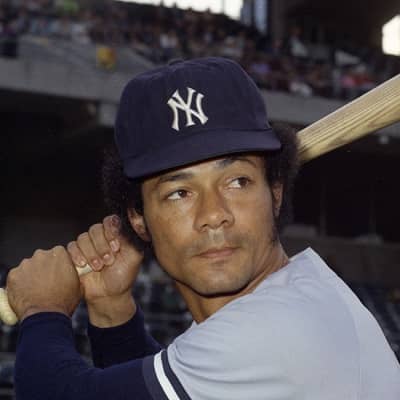 Roy White is a retired professional baseball player and coach. Moreover, Roy White played his entire career in Major League Baseball as an outfielder for the New York Yankees between 1965 and 1979.

Roy Hilton White best known as Roy White was born on the 27th of December 1943, the Los Angeles, California, the United States of America. According to his birth date, he is 78 years old and holds American nationality.

He has a birth sign of Capricorn and his ethnic background is unknown. When he was just five years old, his parents got separated. Later, his mother raised him and his younger brother single-handedly.

Regarding his academic career, he attended Centennial High School in Compton, where he was a standout in baseball and football. During his senior year, he earned multiple full scholarship offers from some of California’s top universities. UCLA was interested in letting him play baseball. Long Beach State University offered him a full football scholarship.

Talking about his professional carer, Tuffy Hashem, a scout for the New York Yankees, convinced Roy White to sign a minor league deal with a guaranteed salary of $6,000 and a $4,000 bonus if he made the big league club.

He struggled a lot in the minor leagues. In 1962, when playing for Greensboro’s Class A ball team, he was hitting just a few points above.200 and was concerned that he would not make it in baseball.

By 1964, he had been promoted to the Confederate Yankees of Columbus, Georgia. He struggled in the early going, as he had in Class A, and concluded the season with a.257 average.

But the next year, back in Columbus, he hit.300 with 19 home runs and 14 triples in 139 games. White’s good season in 1965 led the Yankees to promote him to the major leagues when they expanded their roster in September.

Roy White made his major league debut on September 7, 1965, pinch-hitting for Al Downing in the seventh inning of the opening game of a doubleheader.

White singled up the middle and later scored his first major league run on a Tom Tresh single. He batted second in the second game and finished 2-for-5 with a double and another run scored. 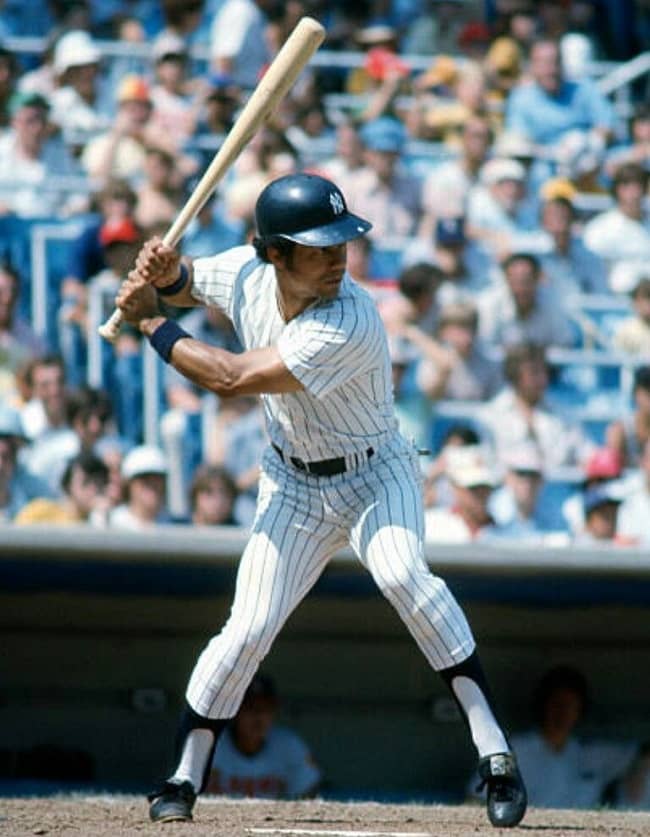 He had a strong start to the 1966 season, batting.290 with five home runs in the first six weeks. But he quickly sagged, and according to him, his attempts to hit home runs were his undoing.

Years later, he explained that the allure of Yankee Stadium’s right field’s short porch caused him to try to pull every pitch. His strikeouts mounted, his hits and walk decreased, and he was soon hit. 240.

The team dropped even worse in 1966, placing tenth (last) in the league, and White struggled down the stretch, finishing with a disappointing.225 batting average. He began the 1967 season with Triple-A Spokane due to his late-season slump.

He finally found his position with the Yankees during the 1968 season. Moreover, he was forced to start the season without a defined position or batting order spot, thus he was used as a pinch hitter and defensive replacement in the early going.

White concluded the season hitting.290 with 81 walks for an excellent on-base percentage of.392. Despite hitting only seven home runs, Roy increased his doubles to 30 and RBI.

He concluded the 1971 season with a.292 batting average, 19 home runs, and 84 RBI. Moreover, he also set a new American League record with 17 sacrifice flies. After the 1976 season, the Yankees signed White to a three-year contract, his first multi-season contract.

White concluded the 1978 season with significantly lower numbers than in 1976, batting.268 with 14 home runs, 18 stolen bases, and 72 runs scored. Later, he hit.269 with eight home runs in 346 at-bats in a turbulent but ultimately successful season.

In 1980, he signed a contract with Yomiuri Giants, a Japanese baseball team competing in Nippon Professional Baseball’s Central League. He had an excellent debut season.

Moreover, he was named to the All-Star squad and hit over.300 with 29 home runs and 106 RBI. The following year, he blasted 23 home runs to help the Giants win the Japan Series against the Nippon Ham Fighters, which they won in six games.

White found himself in a part-time role for much of the 1982 season, as he had done for much of his Yankee career. He returned to the lineup in mid-June and hit.330 the rest of the way, finishing the season at.296 with 12 home runs in limited action.

He concluded his three-year stay in Japan with a. 296-hitting average and more than 20 home runs per season. Later, he returned to his country and announced his retirement.

After leaving the major leagues in 1979, he spent three seasons with the Tokyo Giants in Japan. He coached the Yankees for three seasons in the mid-1980s before rejoining the staff at the start of 2004.

He also worked as the Oakland A’s minor league hitting coach.  In 2002, he founded The Roy White Foundation, a foundation that aims to help young people and children in the New York area who want to attend college but lack the financial means to do so.

White, who is African American, resurfaced in a 2011 interview for UniWatch on ESPN.com’s Page 2 about his time with the Yankees’ Double-A affiliate in the mid-1960s, the Columbus Confederate Yankees because the team’s uniforms featured a Confederate flag patch at the height of the civil rights movement.

White himself stated that he did not see the patch or pay attention to its implications at the time since he was dealing with overt racism in the Southern United States.

Moreover, in 2014, the Order Sons of Italy in America, Columbus Lodge #2143 awarded White with a Special Recognition Award for his efforts to encourage higher education to impoverished youths through the Roy White Foundation.

Being a former baseball player, and coach, he has collected a decent sum of money. According to an online website, his net worth estimates at around $3.595 million and has not yet revealed other information regarding his salary, and income. 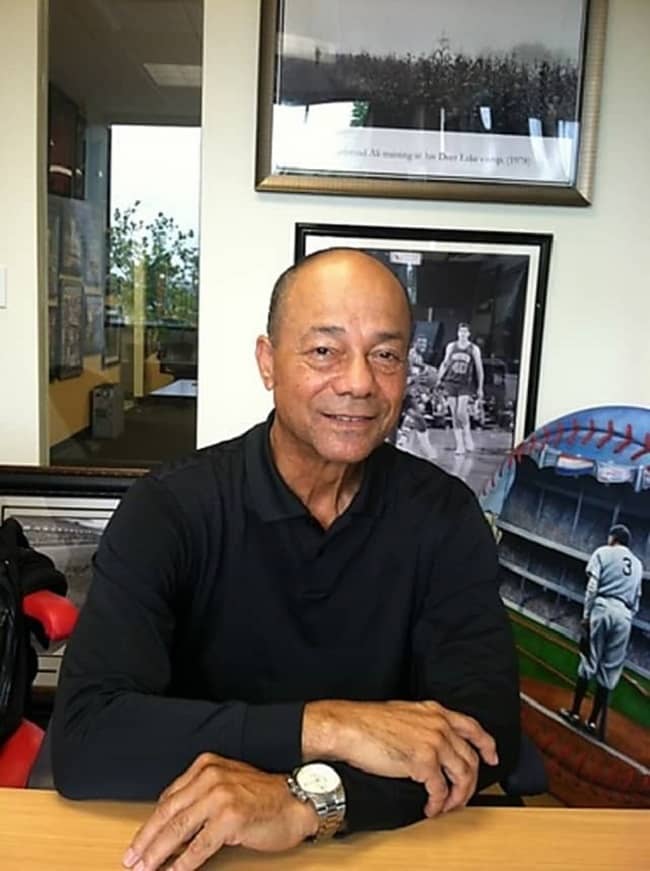 Talking about his relationship status, White married his wife Linda in 2008. With the marriage, the couple has two children whose names are Loreena and Reade. Currently, the family lives in Toms River, New Jersey. However, this former baseball player is not a part of controversy or rumors.

White stands 5 feet 10 inches tall and weighs around 72kg. Likewise, he has brown hair color with black hair color and there is no other information regarding his other body stats. 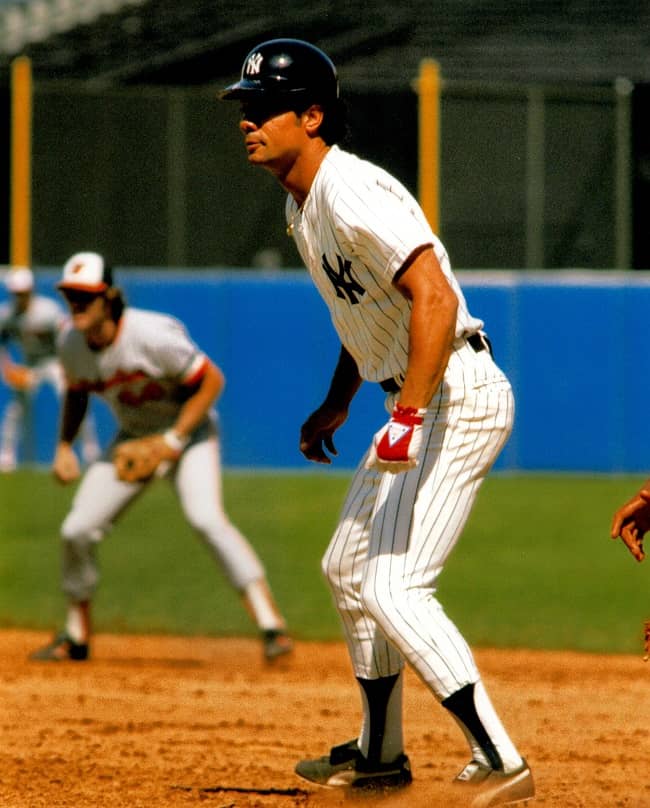