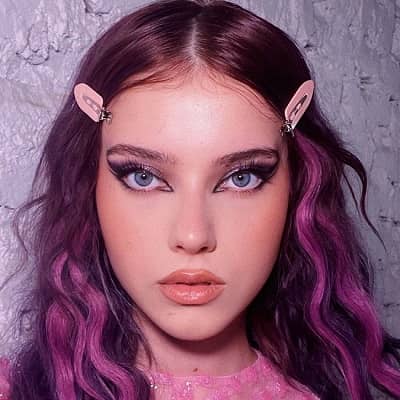 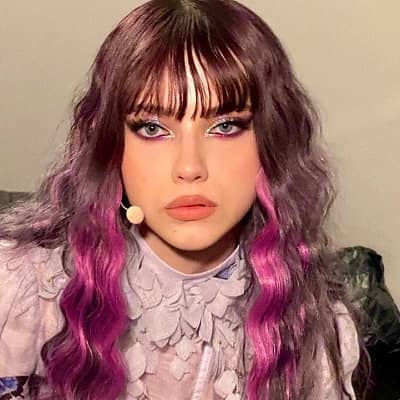 Roxen is a singer and musician from Romania. Moreover, Roxen gains fame upon being featured on Romanian producer Sickotoy’s “You Don’t Love Me” (2019), which reaches number three in Romania and receives radio airplay in several other countries.

Larisa Roxana Giurgiu best known as Roxen was born on the 5th of January 2000, in Cluj-Napoca, Romania. As of now, she is 22 years old and holds Romanian nationality.

Likewise, she has a birth sign of Capricorn. Currently, she resides in Bucharest. She was diagnosed with Lyme disease at the age of 14 and is a vegetarian. Not much is known regarding this Romanian singer’s early childhood days, parents, and siblings.

Similarly, Roxen has not revealed her academic qualification in public. This Romanian singer might have received her primary education from a school nearby her home. She might have attended college for further studies. However, we don’t know regarding from which college, she is taking her classes.

As of 2022, this Romanian singer might be single and unmarried. However, in early 2020, she was allegedly emotionally abused and blackmailed by an ex-boyfriend and obtained a restraining order against him after having made a complaint to the local police.

The singer came out as non-binary in a TikTok video in July 2021 and later clarified that they identify with all pronouns. Again this singer stated that “Since I was little, I feel like a boy in a girl’s body. In my previous life, I was really a boy.”

Roxen developed an interest in music at the age of seven and began taking singing and piano lessons. The singer, who is signed to Global Records, was featured in Romanian producer Sickotoy’s “You Don’t Love Me” in August 2019.

The song was a commercial success in Romania, reaching number three on the country’s Airplay 100 chart and being played on radio stations in several countries, including France, the United States, Russia, and Spain. Her debut solo single “Ce-ți cântă dragostea” released later that year in November, peaked at number one in Romania.

Music critics have since recognized Roxen’s primary genre as deep house, and have compared the singer’s music style and appearance to that of Dua Lipa and Billie Eilish. Roxen titled “ Beyoncé as a major inspiration in an interview with București FM.

Roxen was announced as one of three artists shortlisted to represent Romania at the Eurovision Song Contest 2020 in early February 2020; the selection was made in collaboration with Romanian Television (TVR) and Global Records.

TVR announced the singer as Romania’s representative on February 11th. On February 21, the five songs for Selecția Națională—”Alcohol You” “Beautiful Disaster” “Cherry Red” “Colors” and “Storm”—were released. On March 1, “Alcohol You” was chosen national title.

However, on March 18, the European Broadcasting Union (EBU) announced the cancellation of the Eurovision Song Contest 2020 due to the coronavirus disease pandemic of 2019 (COVID-19). 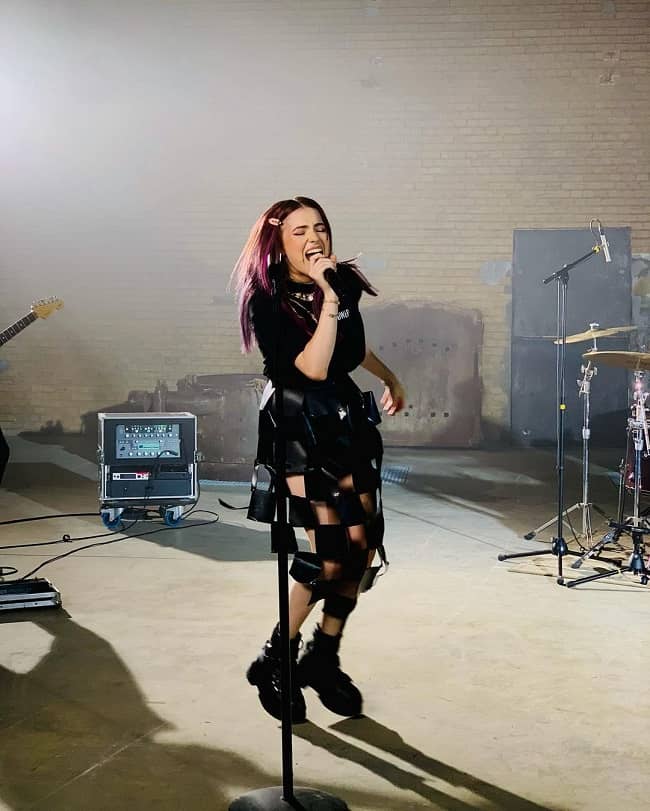 Although TVR considered keeping “Alcohol You” for the Eurovision Song Contest 2021, the EBU quickly announced that intended 2020 entries would not be eligible for the following year. Despite this, Roxen was chosen internally for the 2021 contest.

She had benefited from a promotional campaign spearheaded by Global Records and Warner Music since the release of “How to Break a Heart” in July.  Roxen’s “Spune-mi” reached number one on the Airplay 100 for the second time in October.

Roxen’s Eurovision 2021 entry, “Amnesia” was selected by an internal jury panel and released on March 4th. It took part in the contest’s first semi-final on May 18, 2021, but did not make it to the final, finishing in 12th place with 85 points.

By January 2022, her collaboration on “Money Money” (2021) with DMNDS and Strange Fruits Music had reached the top ten on music charts in the Commonwealth of Independent States (CIS) and Russia.

“Dincolo de Marte” (2021), a collaboration with Randi, also charted well, reaching number two in Romania in April 2022. “UFO” the song chosen to represent Romania at Eurovision in place of “Amnesia” was also a number-two hit in Poland, earning a gold certification from the Polish Society of the Phonographic Industry (ZPAV).

The singer was hired as the brand ambassador for the Romanian box-dye hair color product Loncolor Expert HEMPstyle in June 2020, appearing on product packaging and in a commercial that prominently featured the Selecția Națională entry “Storm.”

This Romanian singer has not yet earned any kind of awards or recognition. But, she might earn some of them in the following years looking at her raising fame and popularity. 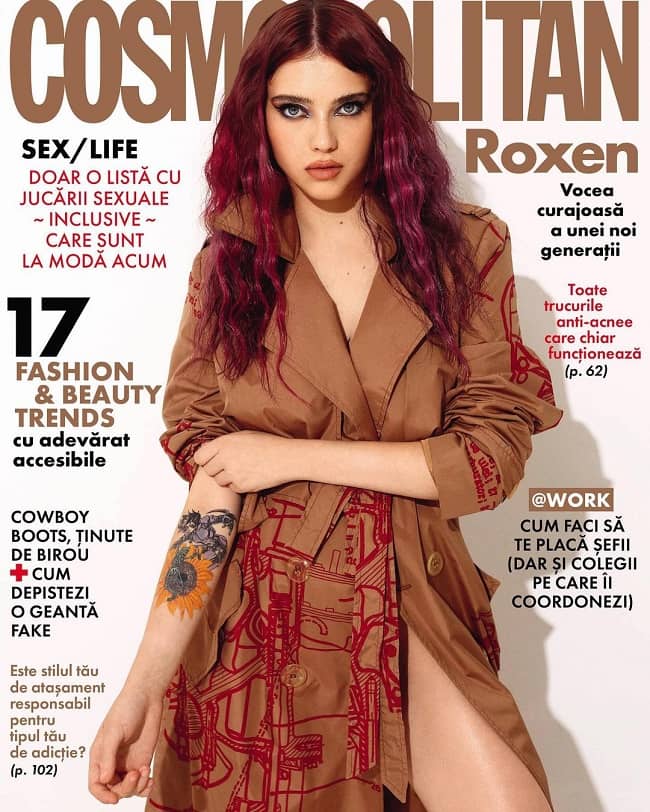 Officially, this singer has not shared her earnings, salary, and net worth. As a singer, she might have an estimated net worth of around $1 million- $5 million. Her main income source comes from singing, album, and concert, and is also earns from brand endorsement. 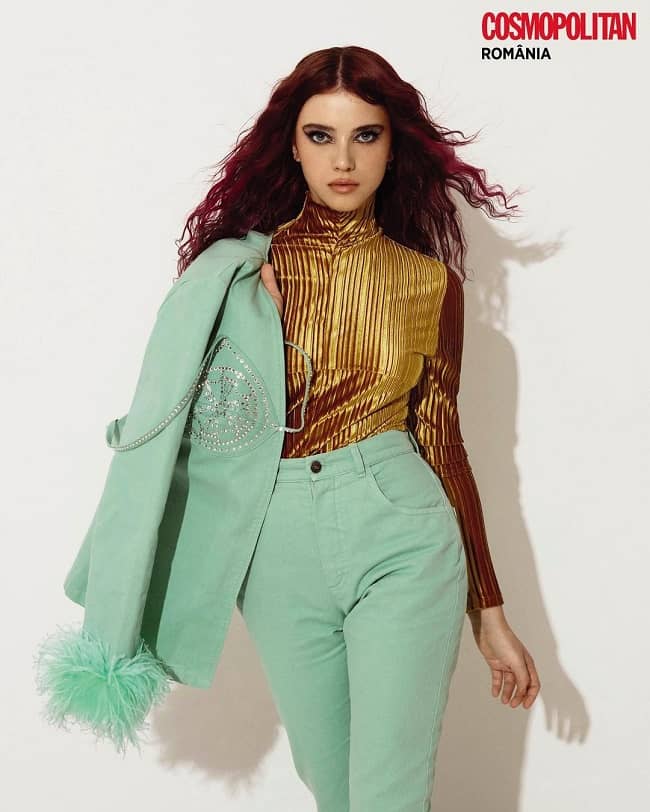