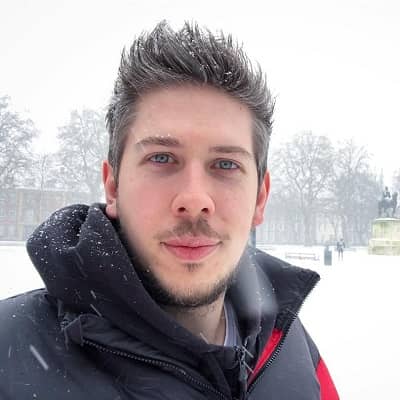 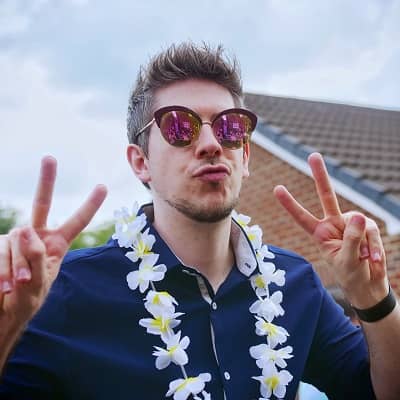 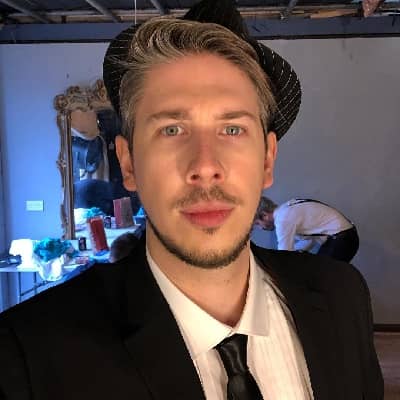 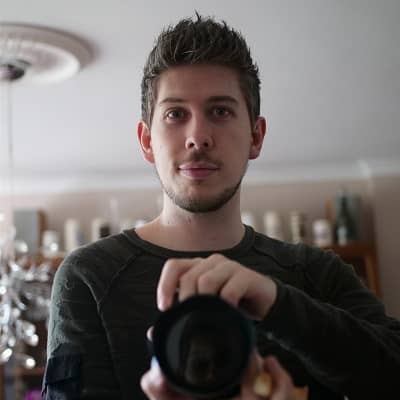 Ross Hornby is a British YouTube personality. Ross Hornby is representing the “H” in HAT Films, he, also known as ‘Djh3max’, became a member of the Yogscast family and is primarily seen playing the popular game Minecraft.

Ross Hornby was born as Ross Steward Hornby, on September 7, 1988, in England. As of the year 2020, he is 32 years old. He is from Swindon, a large town in the county of Wiltshire, South West England. He grew up with his two brothers, Sebastian and Alex (not Alex Smith). Moreover, he has not shared his parent’s names.

Moreover, Ross is fond of ‘Pringles’ and ‘Kinder Chocolate’. Noticing his love for ‘Kinder,’ Smith and Trott gifted Ross a giant ‘Kinder’ bar made by them, on his 26th birthday. He is an avid pet lover and Ross owns two dogs. He features his pets frequently on his Instagram posts. Further, he had once auditioned for the role of ‘Harry Potter’ but was not chosen for the role. 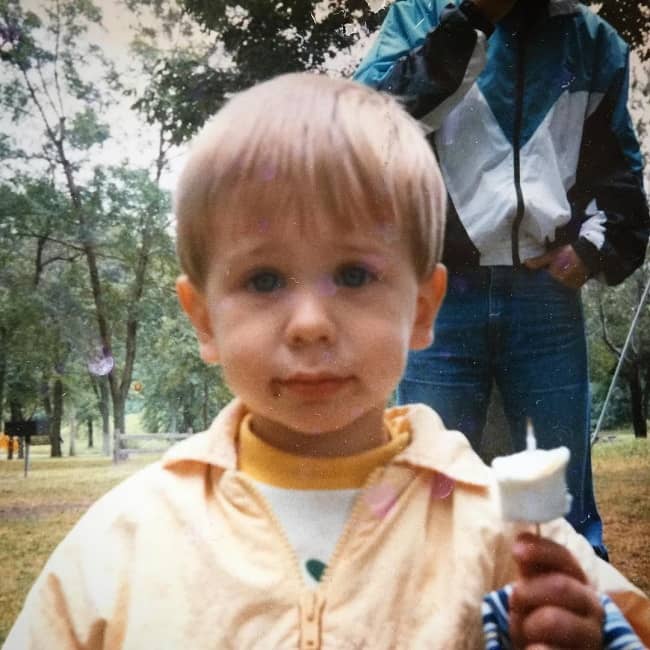 Ross is a member of the Yogscast and a third of Hat Films. Ross, Chris Trott, and Alex Smith are particularly well known for playing Minecraft, Trials Evolution, and a variety of other games. Due to some of them have graduated in film production, their style of editing is often praised for being smooth and professional.

‘HAT Films’ is a production company that creates gameplays and other videos related to video games such as ‘Minecraft’ and ‘Trials Evolution’. Therefore, it all started when Ross was in the university, studying film and television. There, he met Chris Trott, Nathan Ashman, and Adams. Soon, they became best friends and often discussed their passion: video games. 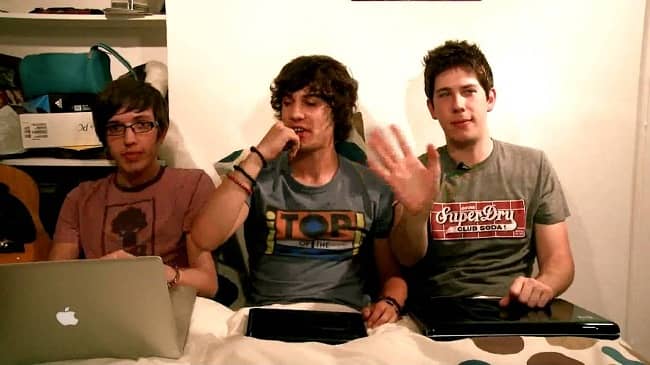 Caption: Chris Trott while in a video alongside his co-workers. Source: YouTube

Once, while discussing their future plans, they collectively thought of venturing into the world of gaming. That is how ‘HAT Films’ was born. Initially, it was named ‘H.A.A.T Films,’ a name that originated from the initials of their surnames. And, after graduation, Nathan and Adams quit ‘H.A.A.T Films’ to pursue their individual ventures. Soon, Alex Smith was roped in and the venture was renamed.

Gradually, the trio managed to grab attention in the online gaming scenario. Moreover, their filming and editing skills were unique and innovative. Besides making gaming videos, ‘HAT Films’ began creating gaming trailers. They were approached by ‘4J Studios’ to create ‘Minecraft’ skin trailers for their Xbox version. They later added songs, skits, and other entertaining content to their list.

‘HAT Films’ has their very own YouTube channel where they provide gameplays of popular video games such as ‘Grand Theft Auto 5,’ ‘Trials,’ ‘Worms,’ and ‘TTT.’ They also create comedy sketches and skits. All their creations can be found on sites such as ‘Bandcamp’ and ‘iTunes.’ They even have their signature line of merchandise. 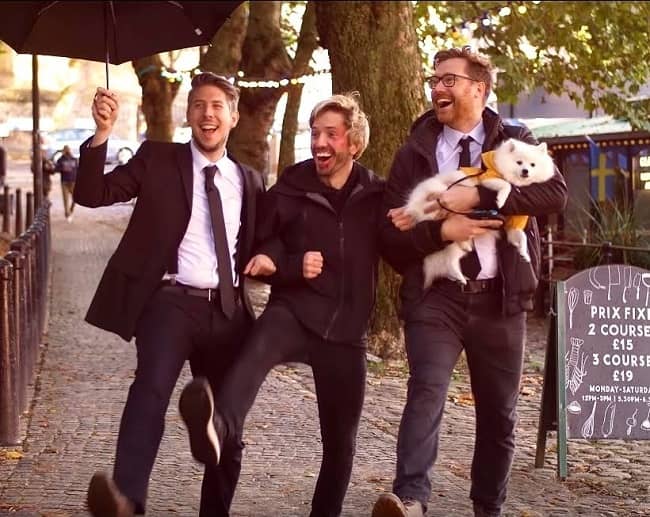 The ‘HAT Films’ trio is now a name to reckon with, in the gaming arena. The team’s efforts to deliver high-quality entertainment are commendable. Entertainment comes naturally to this trio. They try not to follow the conventional path. For instance, in 2014, they arrived at the ‘Yogscast’ office dressed in rags.

Moreover, they were also drunk and were munching on caviar. Ross is the eldest of the three members. He usually stays away from the immature conversations between Smith and Trott. However, that does not make him less entertaining. He often cracks jokes with Smith and Trott.

At times, he even engages in jamming sessions with them. Moreover, he is the most skilled editor of the three. He has shown his incredible editing skills in a number of ‘HAT Films’ productions, especially in their ‘USA Roadtrip’ vlogs.

Similarly, apart from being part of ‘HAT Films,’ Ross has been associated with a number of other projects, too. He owns a YouTube channel named ‘djh3max’, which is also his online alias. However, the channel is not remarkably popular and has a little over two thousand subscribers. He has a Twitter account, too, where he posts about ‘HAT Films’ and its productions.

Ross’s online alias, ‘djh3max,’ has a history behind its inception. The ‘DJ’ in his alias stems from his past desire to become a DJ. The letter ‘h’ has been taken from his last name, while the digit ‘3’ is the number of siblings in his family. Moreover, he once owned a dog named ‘Max,’ which has contributed to the ‘max’ in his alias.

Additionally, he has a number of other usernames and online aliases such as ‘DjHD3DCinemax,’ ‘RossHORNY,’ ‘Rock,’ ‘Ground-Scrub,’ ‘Mickey Pokey,’ ‘Ross “Own Goal” Hornby,’ ‘Rob,’ and ‘Rossperu’.

The character ‘Ms. Sluggy Slugworth Slugworm’ was created by Ross while hosting an episode of ‘GTA5’. The character is a slug with a slurred voice. Moreover, he has worked as a voice artist, too. He has lent his voice to the character ‘Minion’ in the animated series ‘Israphel Animated’. 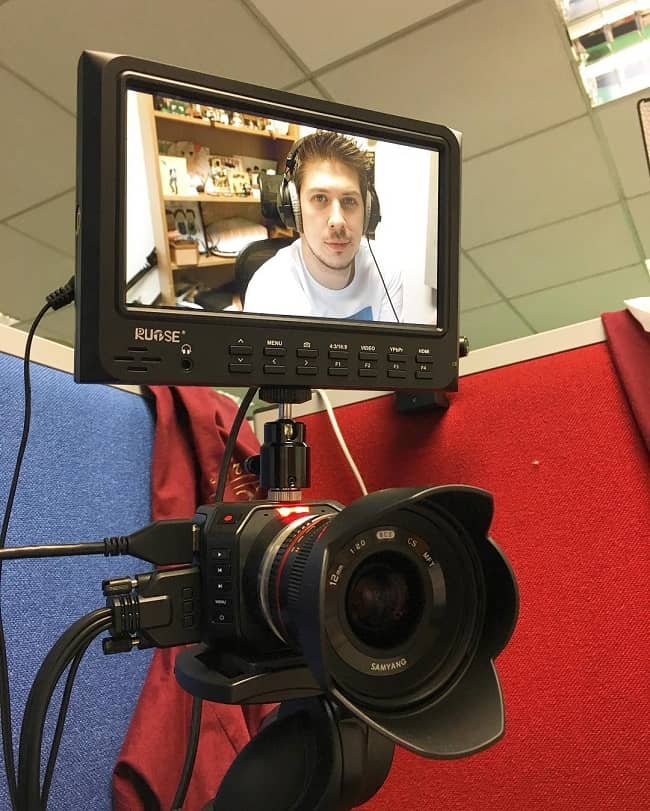 Speaking on his personal life, he is not single. Yes!, he is taken by his amazing and gorgeous girlfriend, Alice Elizabeth. He often posts pictures with her on his Instagram account. Therefore, he also wished her a ‘Happy Valentines Day’ in February 2019.

He stands tall at a height of 6 feet 3 inches. Similarly, he has a matching weight as of his height. However, he has a good body physique. And, he has a healthy and fit body status. Moreover, he has a pair of blue eyes and his natural hair is of dark brown color. But, he has dyed his hair into gray color as of now. 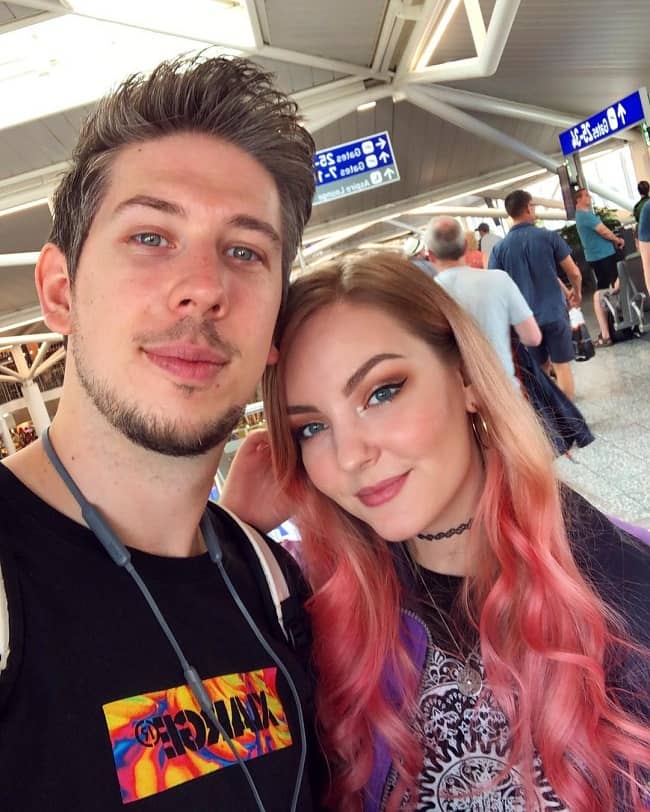 He surely earns a great amount of money through his successful career. But, he has not shared his earnings and net worth yet publicly.