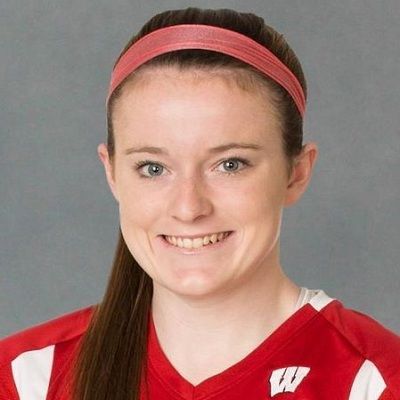 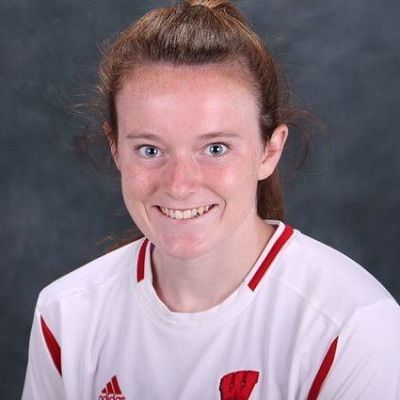 Rose Lavelle is an American professional soccer player. Rose Lavelle is associated with the Washington Spirits Team and has represented the USA on the National Level Soccer Tournaments. And she has also made her place in the US National Soccer Team.

Rose Lavelle was born as Rosemary Kathleen Lavelle on 14th May 1995 in Cincinnati, Ohio. She is currently 25 years old. Her father is Marty Lavelle, and her mother is Janet Lavelle. She has three siblings, a brother, John Lavelle,  and sisters, Honora, and Mary. Her birth sign is Taurus. Her religion is Christianity.

Further, her hometown is Cincinnati, Ohio. She played competitive soccer in her hometown of Cincinnati, initially with the Lakota United Soccer Club and later with the Cincinnati United Premier Soccer Club. As part of a third-grade book report, Lavelle chose to write about professional soccer star Mia Hamm.

While attending Mount Notre Dame High School in Ohio, she played on the girl’s varsity soccer team all four years. She played as a Badger at the University of Wisconsin–Madison and was added to the roster for the United States Women’s National Soccer Team in 2015. As a four-year varsity girl’s soccer player at Mount Notre Dame High School, Rose gained the name Cincinnati’s Player of the Year. The Cincinnati Enquirer gave her the name during her senior year.

High School and beyond

The same year, she scored 15 goals (38 points) for her team. Rose Lavelle finished her high school career as the team’s leading scorer with 57 goals. She received the name NSCAA All-Region two times as a junior and senior. She also received first-team all-state honors. Rose was also awarded the Greater Cincinnati/Northern Kentucky Sports Women of the Year award in 2013.

Further, she also played club soccer for the Cincinnati United Premier team starting on the U-14 premier league for five years until attending college. Moreover, she enrolled in the University of Wisconsin–Madison in 2013. There, she started playing in her first 19 matches in the Big Ten Conference.

She was named Freshman of the Year as well as led the team with 73 shots. Her six goals ranked second on the team. As a junior, Rose was named first-team All-American by NSCAA. The last time a Wisconsin Badger achieved this was in 1991. 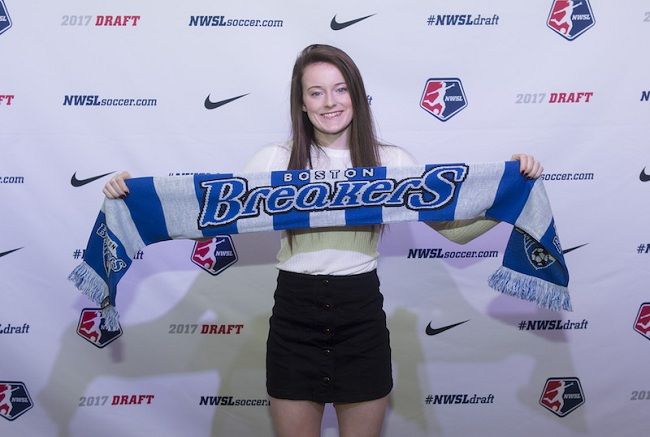 Rose Lavelle is a midfielder and her jersey no. is #16. At present, she plays for team Washington Spirit. She began playing for professional football leagues during the 2014 summer when she joined the Dayton Dutch Lions under the USL W-League and then switched to the Seattle Sounders Women during the 2015 summer still the same League. However, in 2016 within the demise of the W-League Lavelle went back and attended the Lions but this time she is to play in the Women’s Premier Soccer League for 2016 season.

The 2017 college draft saw Lavelle being picked as the best overall pick and was eventually signed to the Boston Breakers, where she started off impressively, as she scored 2 goals in the 8 games so that she was featured in for the team. She was also named ‘Player of the month’ in April.

Nevertheless, the hamstring injury she suffered resulted in her making only 1 appearance in the whole season when the team was dissolved and could not take part in 2018.

In 2018, once again she was the best overall pick in the NWSL as a result of the exit of the Breakers, thus, the Washington Spirit signed her in a trade with the Sky Blue FC. She made 11 appearances for the Spirit during the 2018 season which is not unconnected to her international obligations and injury, it is believed that she is still the Washington Spirit hitherto.

Talking about international duty, she is part of the United States Women’s National Soccer Team roaster, which she has joined since 2015, making her debut in the team during the match against England at the 2017 SheBelieve Cup, and she became the Player of the Match following their 1-0 loss.

Again, she was integrated into the U.S Women National Team line-up for the 2018 CONCACAF Women’s Championship. She eventually played all the games for the U.S during the tournament and was able to score 3 goals, helping the U.S team to claim their second back-to-back CONCACAF title.

Furthermore, Rose is known for her creativity on the ball and power to surprise. She is a long-term member of the U.S. Youth National Teams and 2019 was her first World Cup with the full team. On August 18, 2020, she signed with Manchester City of the English FA WSL ahead of the 2020–21 season.

As a Wisconsin Badger, Rose received coaching from Paula Wilkins, the University of Wisconsin’s Paula Wilkins. Rose Lavelle shyly emailed the coach her game schedule, saying something like, hey, if you want to come…

Under Wilkins’ guidance, Rose’s game continued to expand. Her deft, gasp-inducing touches and imagination didn’t go unnoticed. In her junior year, Rose earned her first call-up to the U.S. National Team. She was the number one overall draft pick at the 2017 NWSL College Draft by the Boston Breakers.

As an 11-year-old, a parent recorded a very skinny Rose Lavelle doing what she always did, juggling tricks in the backyard, by a playground set and soccer goal. As an 18-year-old on the U-20 National Team, Rose recreated the same tricks. Moreover, Rose Lavelle has always had an infectious enthusiasm for the ball and what can be done with it. This playfulness is exactly what makes her so dangerous for her opponents! She said:

“I want to keep getting better so that I can have more fun. The better I am, the more fun I’m having.”

By the end of her high school, she made around 57 goals. She was also rewarded as the Woman of the Year title 2015 by the Northern Kentucky Sports. And was also named the first All-American by the NSCAA. Then was honored as Player of the Match in her debut match against England in 2017.

Furthermore, she also won Bronze Ball at the FIFA Women’s World Cup 2019. She was also a breakout star at the Women’s World Cup in France where she scored three goals. Also, on 1st November 2019, Rose and Heater Mitts set a date for the third Annual Cincinnati’s Girls Soccer Camp.

Also, she was a CONCACAF Women’s Championship of 2018 and National Women Soccer League Player of the month in 2017. Other awards and achievements include Hermann trophy and Women’s U-20 championship Goldenball. 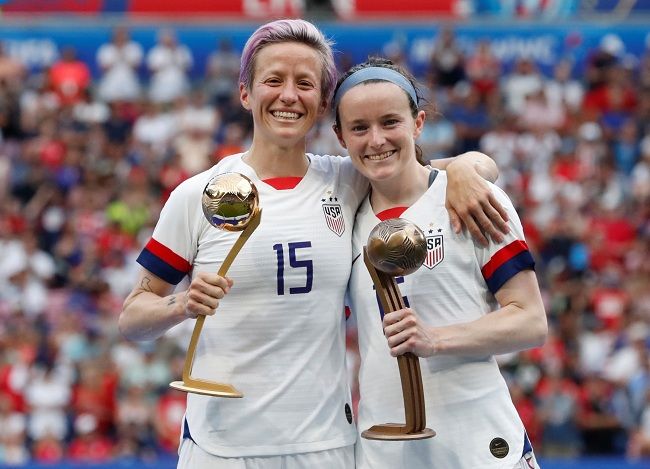 Although being 24 years old, she is still single, she has been rather reserved in her private life without a trace of any form of romantic relationship so far. She decided to remain determined in her career.

She has a perfect height of 5 feet and 4 inches and is 55kg. Moreover, her chest-waist-hip body measurement is 33-25-33 inches. She maintains a flexible weight that befits a player of her status. Dark Brown is her hair color and Brown is her eye color. 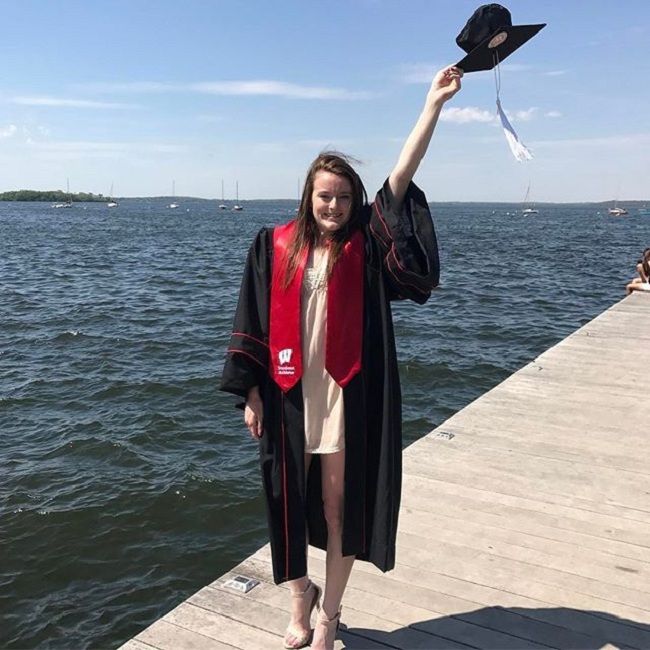