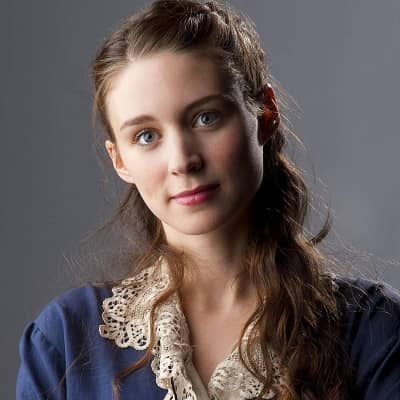 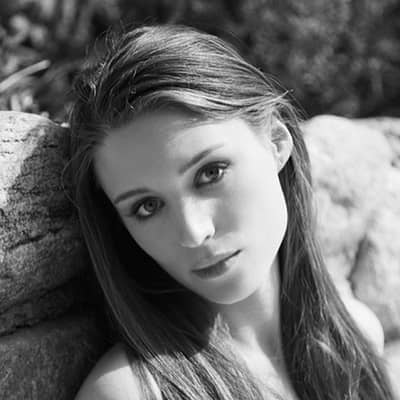 Rooney Mara is a popular actress from the United States. Moreover, Rooney Mara is popular for her appearance as Lisbeth Salander in Fincher’s thriller, “The Girl with the Dragon Tattoo”(2011) for which she even a nomination for the Academy Award for Best Actress.

Patricia Rooney Mara best known as Rooney Mara was born on the 17th of April 1985, in Bedford, New York, the United States of America. According to her birth date, she is 37 years old and holds American nationality. She has a birth sign of Aries and belongs to mixed ethnicity of Irish, German, Italian, English, and French-Canadian descent. 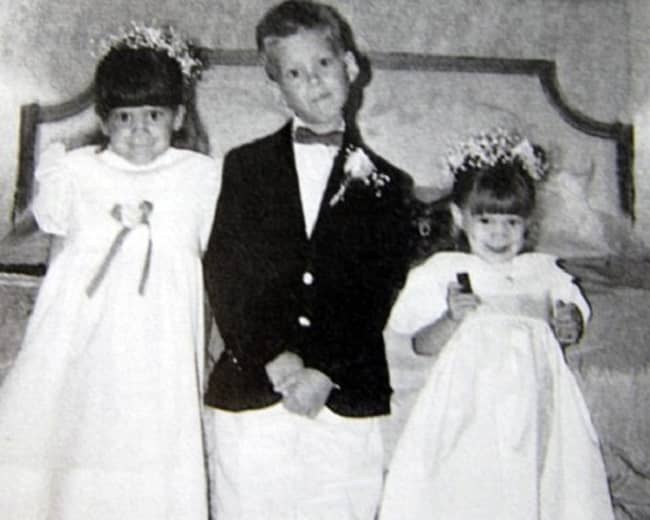 Moreover, she is the daughter of Timothy Christopher Mara(father) and Kathleen McNulty(mother). Professionally, her father is the senior vice president of player personnel and the founding family of the New York Giants.

Whereas, her mother is a part-time real estate agent and a founding family of the Pittsburgh Steelers, an NFL football team. She grew up with her two brothers named Daniel and Conor, and a sister, Kate Rooney Mara. Her elder sister, Kate is also a popular actress, fashion model, and film producer, known for her role as Zoe Barnes in the Netflix drama, “House of Cards.”

Regarding her academic career, Mara attended Fox Lane High School during which she even auditioned for the school play, “Romeo and Juliet” and won the role of Juliet. Later, she completed high school in 2003, and joined a 4-month study-abroad program, visiting Ecuador, Peru, and Bolivia in South America.

After a year at George Washington University, she moved to New York University’s Gallatin School of Individualized Study, where she earned a degree in psychology, international social policy, and NGOs in 2010.

From a young age, she was interested in acting and wanted to be like her sister, Kate, and during her days at NYU, she even acted in a few student films. Moreover, at the age of 19 year old, she made her first audition for a professional role. She eventually landed her first professional role (minor role) in the film “Urban Legends: Bloody Mary” in which Kate also appeared.

In 2006, Rooney Mara made her professional acting debut in an episode of the renowned TV series “Law & Order: Special Victims Unit.” The following year, she appeared as a guest on “Women’s Murder Club,” “The Cleaner,” and “ER.” In 2008, she made her full-fledged film debut as Evelyn in the film “Dream Boy.”

Mara made her feature film debut as Fernanda in “Tanner Hall” a drama film that premiered at the 2009 Toronto International Film Festival. She then appeared in three notable films, including “The Winning Season” as Wendy Webber, “Friends(with benefit)” as Tara, “Dare” as Courtney, and “Youth in Revolt” as Taggarty.

She portrayed Nancy Holbrook in the remake of the 1984 horror film “A Nightmare on Elm Street” which was released on October 1, 2010. The film was a big success, making $115.6 million at the box office.

In 2010, she played Erica Albright, Mark Zuckerberg’s ex-girlfriend, in the biopic “The Social Network.” The film premiered at No. 1, collecting $22.4 million in its first week, establishing Mara as one of the country’s leading artists.

Mara played Lisbeth Salander in the Swedish-American psychological thriller “The Girl with the Dragon Tattoo” (2011). She competed with several other actresses, including Natalie Portman and Scarlett Johansson, for the role. The film was a big success, grossing nearly $233 million at the box office.

In 2013, she played Emily Taylor in the crime thriller “Side Effects.” She also appeared in David Lowery’s 2013 independent film “Ain’t Them Bodies Saints” and the sci-fi love drama “Her” that same year. Moreover, she worked as the costume designer on her ex-boyfriend Charlie McDowell’s acclaimed independent film “The One I Love” in 2014. She appeared in the film “Trash” the same year. 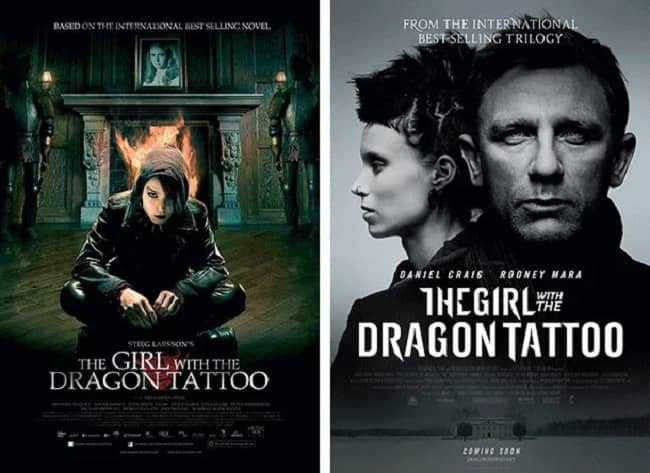 Caption: Rooney Mara in, The Girl with the Dragon Tattoo (Source: Reddit)

In 2015, she portrayed Tiger Lily in the Joe Wright-directed fantasy blockbuster “Pan.” Her biggest break came when she played Therese Belivet in the romantic drama film “Carol” which was released on November 20, 2015, and was a tremendous hit, earning her several awards and nominations.

Mara voiced The Sisters in the stop-motion animated feature “Kubo and the Two Strings” in 2016. The same year, she appeared in many blockbuster films, including the drama “Una” the biopic drama “Lion” and the Irish movie “The Secret Scripture.”

In 2017, Mara starred as Isa in Charlie McDowell’s romantic sci-fi film “The Discovery” and as M in the supernatural drama thriller “A Ghost Story.” That same year, she played Faye in Terrence Malick’s “Song to Song” opposite Ryan Gosling, Natalie Portman, Cate Blanchett, and Val Kilmer.

She starred as Annu in the 2018 comedy-drama film “Don’t Worry, He Won’t Get Far on Foot” alongside Joaquin Phoenix, Jonah Hill, and Jack Black. She then starred as Mary in the 2018 biblical drama film “Mary Magdalene.” The same year, she worked with Chris Delforce to narrate “Dominion” an animal rights documentary.

She returned to the film after a brief break, co-starring in Guillermo del Toro’s psychological film Nightmare Alley (2021) and the renowned drama Women Talking (2022).  Mara is recognized for her charitable work and oversees the Uweza Foundation, which supports empowerment initiatives for children and families in the Kibera slum of Nairobi. She is also the creator of the vegan apparel business Hiraeth Collective.

To this day, this American actress has earned 16 awards and 53 nominations in her acting career. In 2011, she earned the Alliance of Women Film Journalists. Later, in 2015, she earned the Cannes Film Festival Best Actress and in the 2016 Australian Academy of Cinema and Television Arts Award, she earned Best Supporting Actress.

Being a well-known American actress, and working for several successful movies, she has collected a huge sum of money in her career. As of 2022, her net worth estimates at around $20 million.

Talking about her personal life, she is engaged with an American actor, Joaquin Phoenix. Phoenix is an Oscar-winning actor known best for his portrayal of the Joker in the Oscar-winning thriller film “Joker.” Mara and Phoenix first met in 2016 and were dating till they were reunited for their film, “Mary Magdalene” (2018). 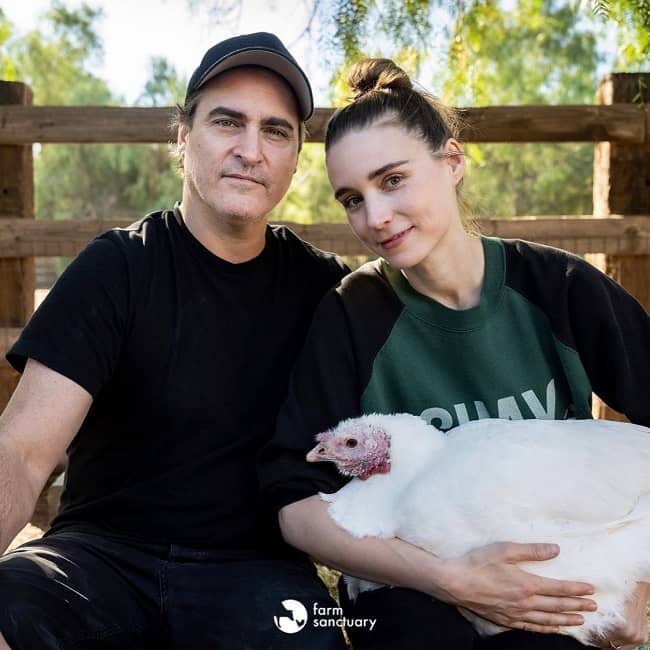 After three years of dating, the pair got engaged and announced their engagement in July 2019. She gave birth to their son, River Lee, on August 25, 2020, named after Phoenix’s late brother River Phoenix. In past, she dated American film director and writer, Charlie Mc Dowell. 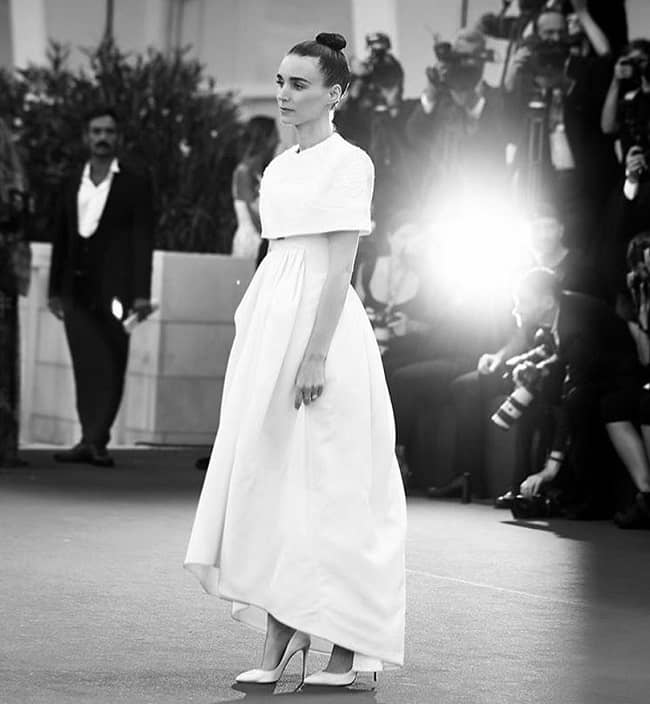 This actress stands 5 feet 3 inches tall and weighs around 49 kg. Moreover, she has green eyes with brown hair color, and her body measurement measures around 33-23-34 inches. Moreover, she wears a dress size of 4 US, a shoe size of 6 US, and a bra size of 33B.