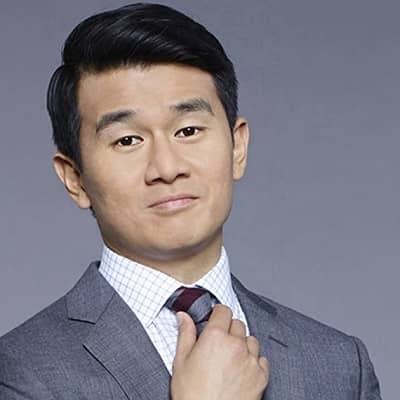 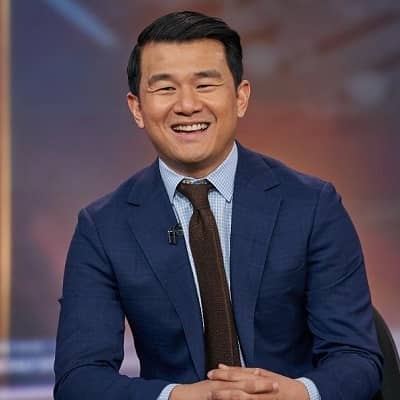 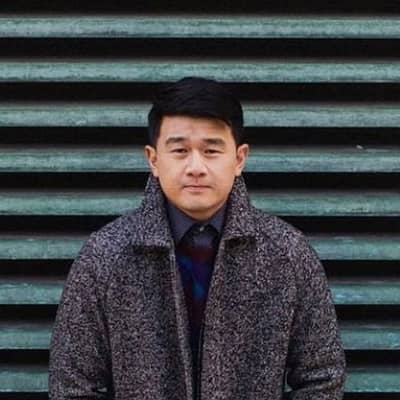 Ronny Chieng is a Malaysian-Chinese stand-up comedian and actor. Ronny Chieng is famous for his performances in several international shows including ‘Ronny Chieng: International Student’, ‘Asian Comedian Destroys America!’, ‘Crazy Rich Asians’, and ‘The Daily Show’ among numerous others.

Ronny Chieng was born on 21 November 1985 and he is currently 37 years old. His full name is Ronny Xin Yi Chieng and his native name is 錢信伊. He hails from Johor Bahru, Johor, Malaysia. Talking about his family, he is from a Malaysian Chinese family.

He grew up in both Singapore and Manchester, New Hampshire, in the US. Moreover, despite living in Australia for a decade, he doesn’t have citizenship or permanent residency status in Australia.

When he lived in Johor Bahru, he commuted to Fuchun Primary School in neighboring Singapore. He then attended Pioneer Secondary School and Pioneer Junior College in Singapore. Later on, he attended the University of Melbourne in Australia. At that time, he lived at Trinity College.

He graduated from the college in the year 2009 with a Bachelor of Commerce (Finance) and Bachelor of Laws degrees. He also gained a Graduate Diploma in Legal Practice from the Australian National University in the year 2012. As a youth, Chieng was also a Singapore Sea Scout.

Moving on, Chieng has a net worth estimation of approximately $3 million US dollars.

Professionally, Ronny Chieng is a comedian and actor. He is currently a senior correspondent on The Daily Show on Comedy Central and also a creator and star of the sitcom Ronny Chieng: International Student. The latter premiered on ABC (Australia) and Comedy Central Asia in the year 2017.

The actor began gaining attention after performing alongside Trevor Noah at several comedy festivals. He is also popular for starring in his own Netflix comedy special called Asian Comedian Destroys America! in the year 2019. In this show, he jokes about consumerism, racism, and immigrants. Further, he is also famous for starring in the popular film Crazy Rich Asians alongside fellow Asian actors Constance Wu and Henry Golding.

The Age named Ronny in 2012 as one of the Top 5 up-and-coming acts to watch. Likewise, the Sydney Morning Herald also named him one of the Top 10 rising comedians in Australia. 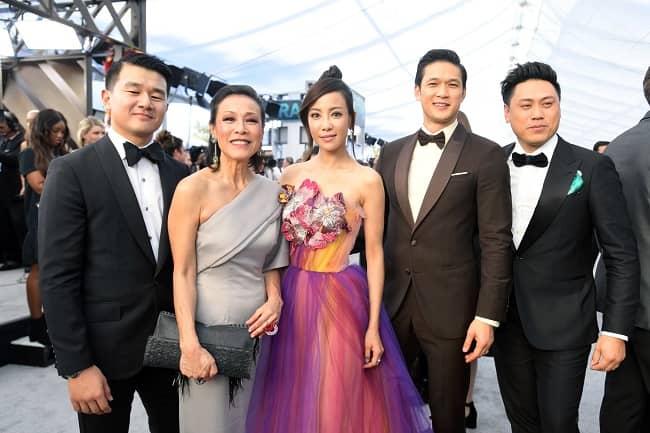 Caption: Ronny Chieng posing for a photo with his co-stars of ‘Crazy Rich Asians’. Source: Popsugar

Additionally, he began performing comedy in Melbourne in the year 2009. Since then, the famous comedian/actor has toured 4 sold-out global stand-up comedy theater tours in several countries. Some of the countries he has toured include Australia, New Zealand, Singapore, Malaysia, Hong Kong, India, Canada, and London. 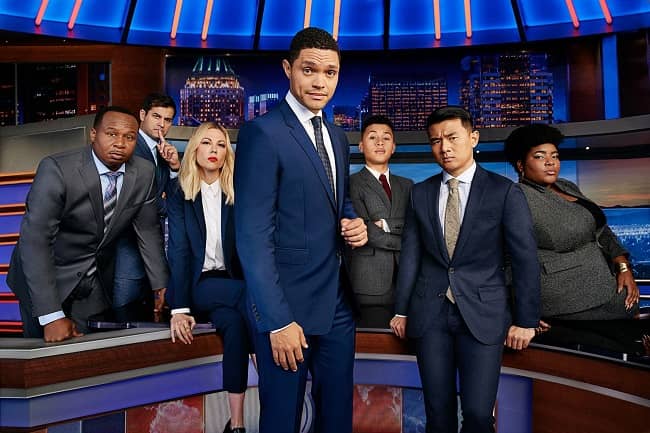 Caption: Ronny Chieng on the poster of ‘The Daily Show’ with Noah Trevor. Source: Deadline

The actor has also been invited to the Just for Laughs Comedy Festival in Montreal in the years 2012, 2013, 2015, and 2016. He also made his US TV debut on the Late Late Show with Craig Ferguson in the year 2015. The actor has also sold out his stand-up comedy tours at the Edinburgh Festival Fringe, the SOHO Theatre in London, the Sydney Opera House, Melbourne Town Hall, the Enmore Theatre in Sydney, and the Esplanade concert hall in Singapore, and PJ Live Arts in Malaysia.

Additionally, the actor was invited to open for Dave Chappelle and Bill Burr on their national stand-up comedy tours in Australia. Also in Australia, he has written and acted in multiple TV comedy shows. Some of them are Problems in 2012, Legally Brown in 2014, It’s a Date from 2013 to 2014, Kinne in 2015, and several more.

In the year 2016, he co-created and starred in his TV comedy pilot Ronny Chieng: International Student on ABC (Australia). This show won the “Short Film Production of the Year” at the 16th Screen Producers Australia Awards. It was further nominated for “Best Comedy Programme at the Asian Television Awards 2016” in Singapore. 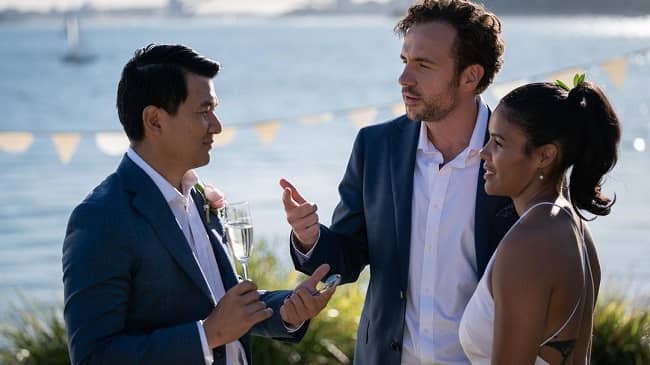 Furthermore, he has toured and recorded 4 one-hour stand-up comedy specials – The Ron Way in 2012, Can You Do This? No, You Can’t. in 2013, Chieng Reaction in 2014, and You Don’t Know What You’re Talking About in 2015. He has won or been nominated for the following awards:

In the year 2015, he moved to New York City. It was after he was hired as a correspondent on the Daily Show. For the show, he works with Trevor Noah. Then in 2016, Variety named Ronny one of the 10 Comics to Watch.

Ronny Chieng is a married man. His wife’s name is Hannah Pham. Hannah is a Vietnamese-Australian citizen. Moreover, he and Hannah tied the knot on September 9, 2016. 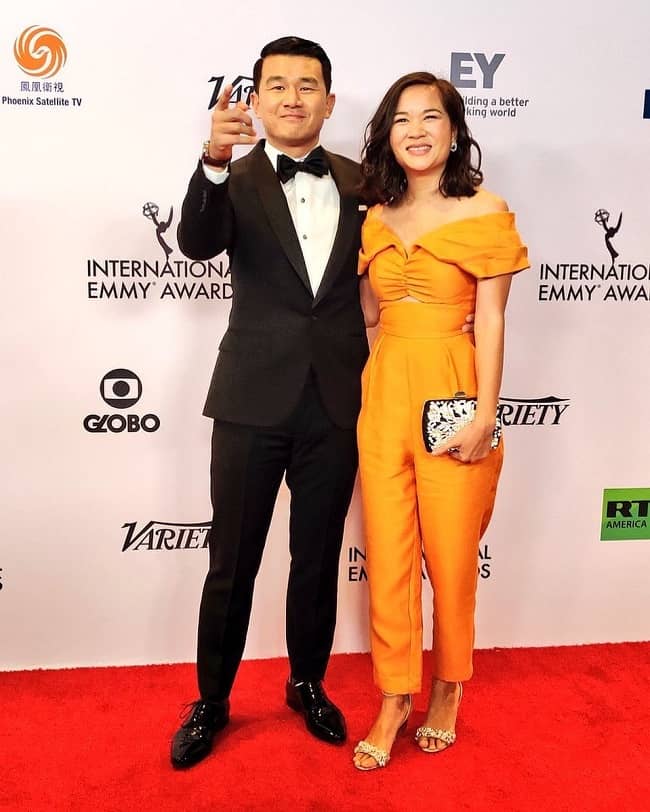 Caption: Ronny Chieng posing for a photo with his wife at an event. Source: Instagram

There is no verified information regarding Chieng’s body measurement details including his height, weight, chest-waist-hip measures, biceps, etc. Likewise, he has dark brown hair and eyes of the same color.