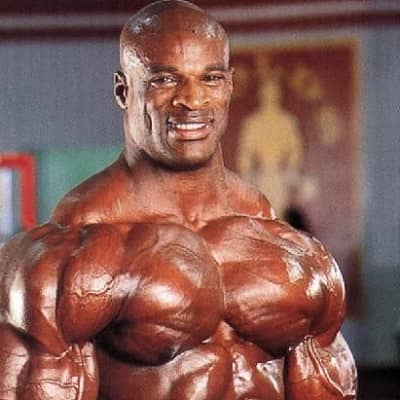 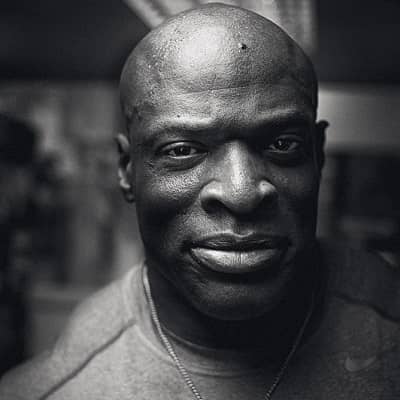 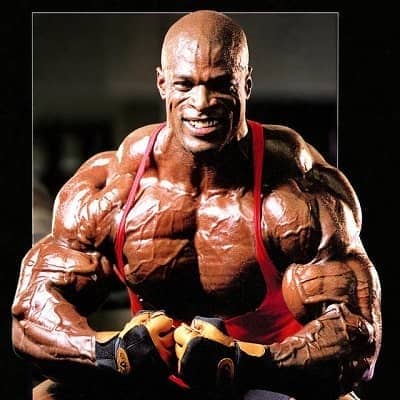 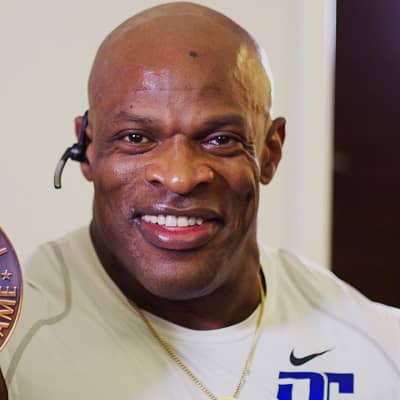 While attending this institution, Coleman played football as a middle linebacker with the GSU Tigers. He played under coach Eddie Robinson. Prior to this, he attended Bastrop High School. Talking about his family, his mother is Jessie Benton. Likewise, he has two siblings brothers namely Alain Lemieux and Richard Lemieux. 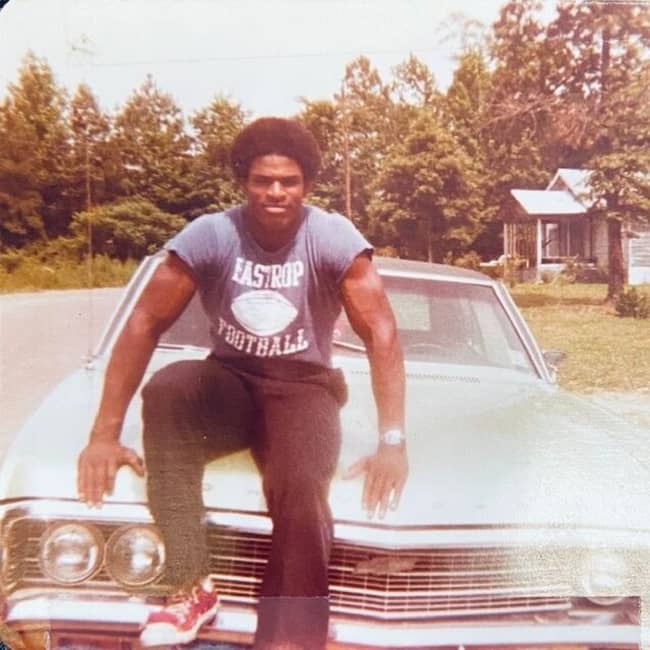 Professionally, Ronnie Coleman is a retired bodybuilder. People recognize him as the winner of the Mr. Olympia title for 8 consecutive years. As such, this personality is regarded as one of the greatest bodybuilders of all time. Along with his 8 Mr. Olympia wins, Coleman held the record for most wins as an IFBB professional. He recorded 26 titles until Dexter Jackson broke his record.

Talking about his professional life before he turned to bodybuilding, he failed to find work as an accountant following his graduation. Instead, this personality went to work at Domino’s Pizza. There, Coleman would eat the complimentary pizza every day. It was because he was so poor that Coleman could barely afford to eat outside of work. Later on, this personality became a police officer in Arlington, Texas. Coleman served as an officer from the year 1989 to 2000. Later on, Coleman was a reserve officer until the year 2003.

Furthermore, many consider this personality the Michael Jordan of bodybuilding. This bodybuilder stepped offstage for the last time in the fall of 2007 at the Olympia. Each year since his 4th place finish at the 2007 Olympia, people have heard rumors that Coleman was coming back. Also, this personality’s nicknames are The King and The GOAT. 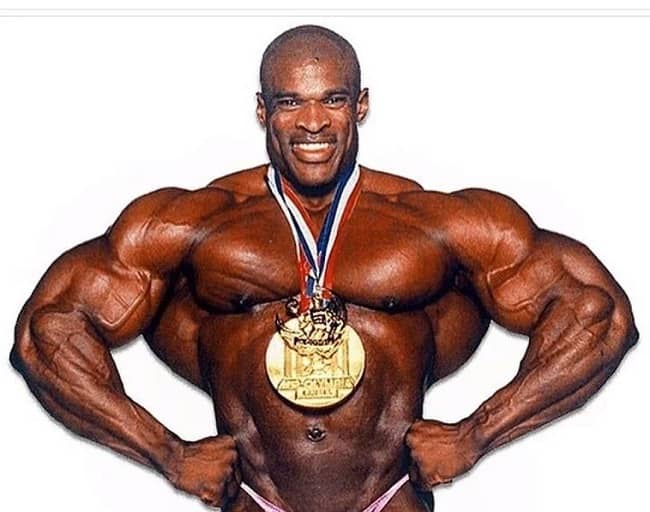 Caption: Ronnie Coleman posing for a photo with his medals. Source: Instagram

Talking about the beginning of his journey, Coleman started when amateur bodybuilder Brian Dobson offered him a free gym membership. Brian wanted to train this personality for the upcoming Mr. Texas bodybuilding competition and hence allowed him free gym membership with the condition to participate in the contest. At the aforementioned event, Coleman won 1st place in both the heavyweight and overall categories. Coleman also defeated the trainer Brian himself.

Following his win, Coleman competed in NPC championships in the year 1990. At this event, this personality placed 3rd. He then started taking body-building more seriously and worked on his physique to become a professional bodybuilder. His professional career began when Coleman won the Canada Pro Cup in the year 1995. He won this title the next year too.

Furthermore, this personality defeated Kenneth Wheeler in the competition to win that title. He continuously won this title until 2005. Then in 2006, his title was won by the 3-time runner-up – Jay Cutler. For the last time, he appeared in Mr. Olympics in the year 2007. That year, Coleman placed 4th and later retired from the sport. 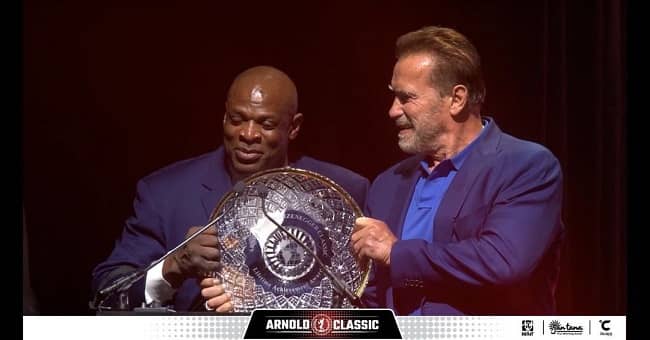 Ronnie Coleman is a happily married man. He married Susan Williamson on 11 April 2016. His wife is an American personal trainer. The lovely couple resides in Arlington, Texas. Together, the couple has four children. Two of them are daughters Valencia Daniel Coleman and Jamilleah Coleman.

Prior to this, he was married to the French-Lebanese personal trainer – Rouaida Christine Achkar. The two met each other at a sports exposition in Paris in March 1998. Coleman and Achkar tied the knot in Beirut on 28 December 2007. However, this marriage ended in divorce soon after. 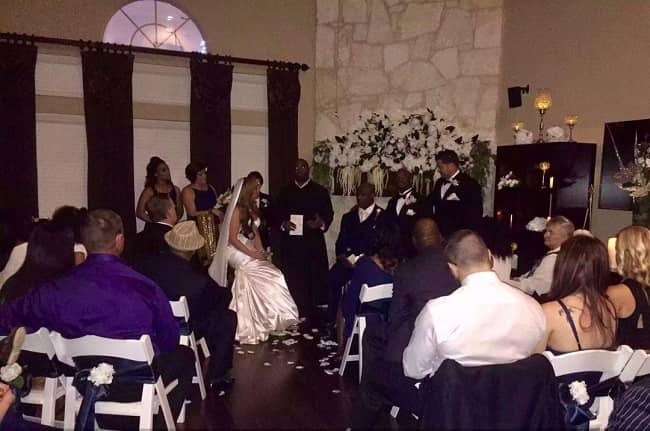 Ronnie Coleman stands tall at an approximate height of 5 feet 11 inches or 180 cm. Talking about his body weight, Coleman maintains 287–300 lbs or 130–136 kgs during the time of contests. During the offseason, Coleman’s body weight is 315–330 lbs or 143–150 kg. Moreover, this retired bodybuilder has dark brown eyes and hair of the same color.