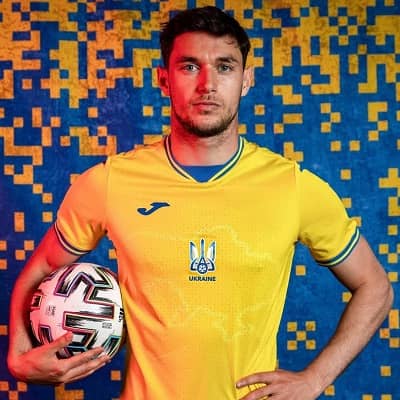 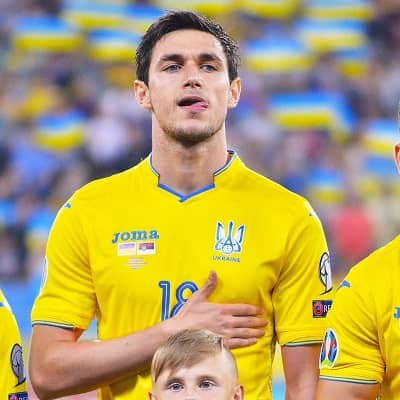 Roman Yaremchuk is a professional football player from Ukraine. Moreover, Roman Yaremchuk plays as a striker for Belgian club Club Brugge and the Ukraine national team.

Roman Olehovych Yaremchuk best known as Roman Yaremchuk was born on the 27th of November, 1995, in Lviv, Ukraine. According to his birth date, this player is 26 years old and holds Ukrainian nationality. Likewise, he belongs to the Ukrainian-White ethnicity. Moreover, he has a birth sign of Sagittarius and he believes in Christianity. He is the son of Oleh Yaremchuk (father) and his mother’s name is unknown.

Roman Yaremchuk initially played for the Karpaty Lviv and Dynamo sports schools. On September 6, 2008, he made his Dynamo debut against FC Yunist Chernihiv in the Ukrainian National Youth Competition, scoring twice. He made 21 appearances during his 2008 season, scoring 10 goals. On July 14, 2013, in the Ukrainian First League, he made his FC Dynamo-2 debut by substituting against Desna Chernihiv in the second half.

Even when playing for Oleksandriya in the Ukrainian Premier League in October 2016, he was chosen as a player of the month.

Later, in August 2017, he signed a four-year contract with Gent of the Belgian First Division A, and on August 27, 2017, he made his debut against Anderlecht. On November 3, 2017, he scored the only goal of the club’s 1-0 home victory over Standard Liege. He underwent surgery to replace the torn Achilles tendon on January 20, 2020. Two to three months were predicted for the recovery.

He played in 34 games during the 2020–21 season, finishing with a career-high 20 league goals and seven assists, including two hat tricks in regular season matchups against Waasland–Beveren on 1 November and Mouscron on 15 February. He had a COVID-19 positive test on November 15, 2020.

He was signed by Benfica on July 31, 2021, for a five-year contract worth €18.5 million and 75% of his economic rights. On August 10, he made his UEFA Champions League debut, establishing Benfica’s second goal in a 2-0 win over Spartak Moscow at home.  He made his Primeira Liga debut four days later, scoring in a 2-0 home win over Arouca and adding a brace in a 3-1 away win against Vitória de Guimares. On February 23, 2022, Roman scored the equalizer in a 2-2 draw at home against Ajax during the first leg of their Champions League round of 16 matchups.

He shows his support for his country on the day before’s Russian invasion by revealing a shirt with the coat of arms of Ukraine. Four days later, he replaced Darwin Nez in the 62nd minute and was given the club’s captaincy by Jan Vertonghen. He then received a standing ovation from Benfica fans in honor of his country’s invasion during a 3-0 home win over Vitória de Guimares.

He signed a four-year contract with Club Brugge on August 29, 2022, for a transfer cost of €16 million, plus €3 million in add-ons. Benfica would also gain 10% of any future transfers, provided Club Brugge gets an offer of at least €10 million.

In terms of his international experience, he played in UEFA Euro 2020 qualifying matches against Serbia on June 7 and Luxembourg on June 10. On September 10, 2019, he played in a friendly match against Nigeria. He competed in UEFA Euro 2020 qualifying matches against Portugal on October 14, 2019, and Serbia on November 17, 2019. On November 14, 2020, he played against Germany in the UEFA Nations League A for 2020–21. 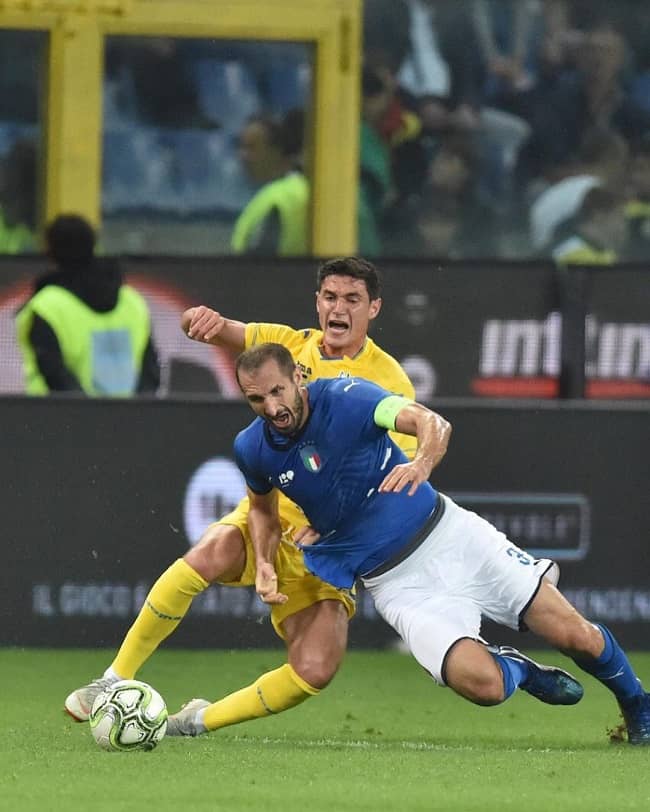 He most recently played for his country in a match against the Netherlands on June 13, 2021, scoring a head goal but losing 3-2. Ukraine was subsequently eliminated by England in the quarterfinals on July 3 with a 4-0 loss at the Stadio Olimpico in Rome, where they had placed as one of the top third-placed teams.

At moment, this Ukrainian football player has not earned any major awards or honors in his footballing career. Moreover, we may assume that the football star might earn some of them in the following years.

This football player’s net worth estimates at around $4 million-$5 million. However, this football star has not yet shared his exact salary and income in public.

In 2017, Roman married his wife, Christina Yaremchuk. Nine years and counting have passed since the couple started dating. 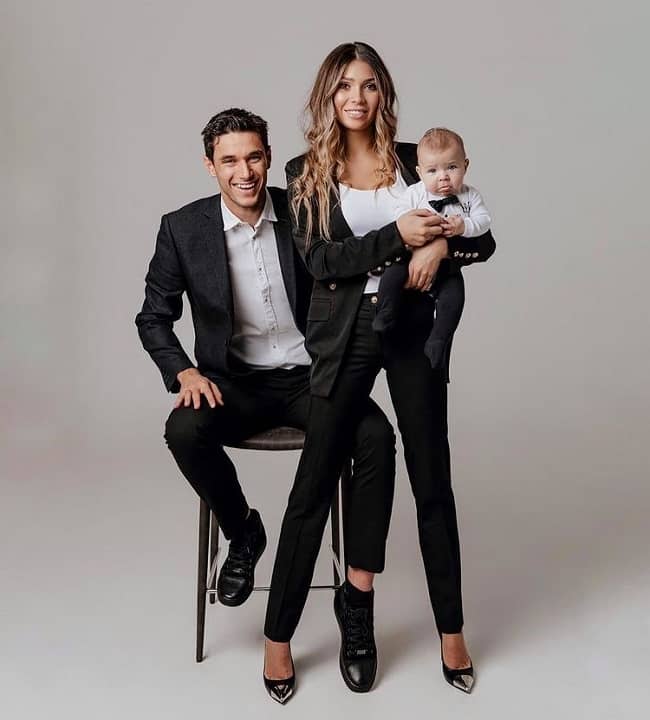 Caption: Roman Yaremchuk with his wife and son (Source: Instagram)

They are also the parents of their son, who was born on July 19, 2019, together. The pair had been in a relationship since they were teenagers. At the moment, this football star is not a part of controversy nor got rumors.

Roman Yaremchuk stands 6 feet 3 inches tall and weighs 73 kg. Moreover, he has blue eyes with black hair, and his body type is athletic. 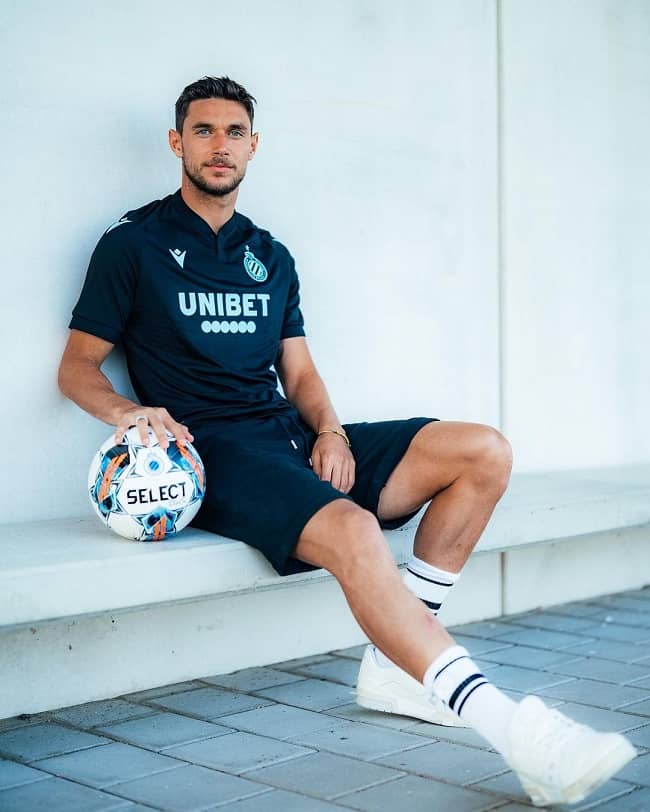