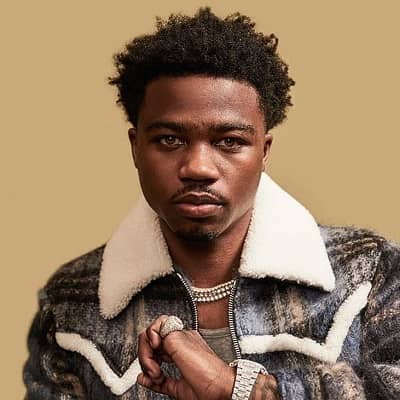 Roddy Ricch is a young and prominent American rapper and singer-songwriter. Roddy Ricch gained immense fame for his hit songs and albums including “Feed Tha Streets”, “Feed Tha Streets II”, and “Please Excuse Me for Being Antisocial” among others. Further, he has been active in the entertainment industry since 2017.

Roddy Ricch was born on October 22, 1998, and he is currently 24 years old. Roddy hails from Compton, California, U.S., and his zodiac sign is Libra. Moreover, his full name is Rodrick Wayne Moore, Jr., but is professionally famous as Roddy Ricch.

Roddy went to Carson Senior High School and Westchester Enriched Sciences Magnets. Roddy then spent some time living in Atlanta, Georgia in his youth. Similarly, Roddy started rapping and singing at the young age of around 8 years. He then began making beats at an early age of approximately 16 years.

Talking about his family, Roddy’s grandmother was from Louisiana. Roddy credits his grandmother for the time he spent with and in the South for informing his music.

In Compton, Roddy Ricch was a member of the Park Village Compton Crips. The young personality has two “C”s tattooed. They symbolize his previous affiliation with the gang. Moreover, Roddy also had a brief stint in the county jail at the time when he released his mixtape called Feed Tha Streets II. Roddy listened to Lil Wayne while growing up. He also often listened to other artists including Young Thug, Future, and Speaker Knockerz. 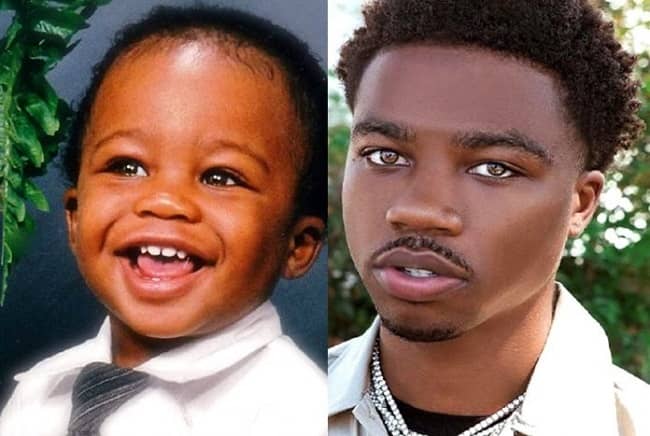 Then in the year 2019, Roddy Ricch was featured on Nipsey Hussle’s single Racks in the Middle. This also earned him a Grammy Award for Best Rap Performance. Likewise, Roddy also featured in Mustard’s Grammy-nominated single Ballin. This single also reached the top 20 of the Hot 100.

Furthermore, Roddy’s debut studio album is Please Excuse Me for Being Antisocial and he released it in 2019. This album was released through Atlantic Records and Bird Vision Entertainment. Further, it debuted atop the Billboard 200. 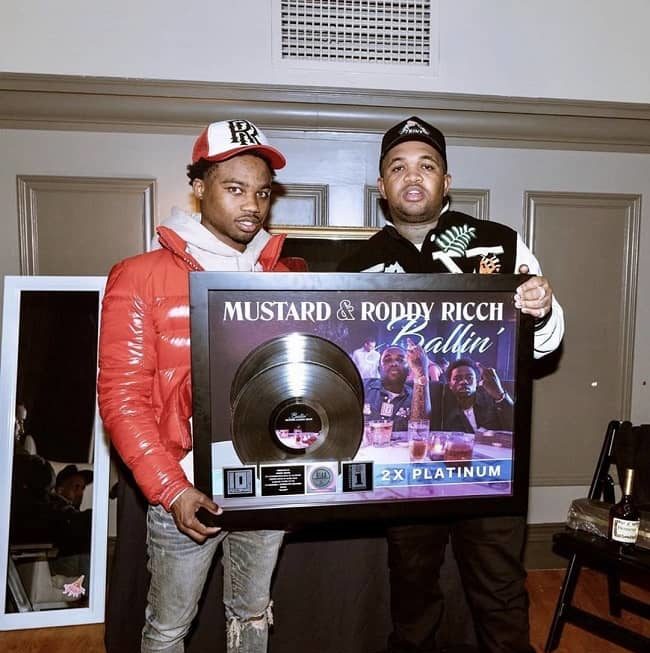 Caption: Roddy Ricch and Mustard posing for a photo with the achievement of their song Ballin’. Source: Instagram

Furthermore, the young rapper has won several accolades. Some of them are a Grammy Award from nine nominations, two BET Awards, two BET Hip Hop Awards, and an American Music Award. Also, Roddy Ricch is popular as a West Coast rapper. He is also considered a part of the Trap genre.

On the transcending themes of his music, rapper Roddy Ricch draws inspiration from his life. Roddy once said:

As I experience life, my music is gonna evolve. At the same time, I still do tell the stories from my world because there are unlimited stories and unlimited people from that place. I’ll always represent them. As my life begins to change and I do different things, I still want to be able to tap in and relate to them.

Time magazine’s Cady Lang notes that rapper Roddy Ricch’s remarkable musical style as a rapper combines his West Coast roots with the sound of trap music and Chicago drill rap. She also adds that this gets extra gravitas with his lyrics that range from pondering the tough realities of life to bouts of uninhibited bravado.

Moreover, the young rapper cites Kendrick Lamar as a musical influence. Kendrick is also from his hometown of Compton. Roddy names a few more artists as his inspirations and some of them are rapper Speaker Knockerz, Young Thug, Future, Meek Mill, and Gucci Mane.

Roddy Ricch has been in a romantic relationship with his girlfriend Allie Kay (aka Allie Minati) for a long time. The couple welcomed a son in April 2020. Although Roddy has not talked much about his personal life, Roddy’s lover shared the first photo of their child on Instagram on April 16, 2020.

However, the original photo is not available any more on Allie’s Instagram profile as she deleted most of her older posts. The couple has been dating each other for several years but has kept their romance largely out of the public eye. 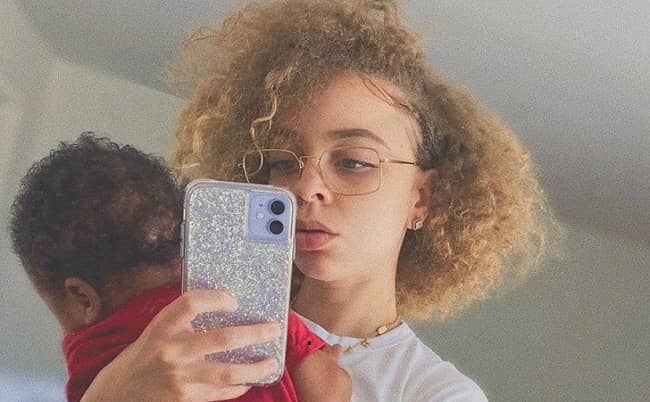 Roddy Ricch stands tall at an approximate height of 5 feet 8 inches and his weight is around 64 kg. Likewise, the young rapper has dark brown hair and hazel eyes. Other than this, there are no further details regarding Roddy’s other body measurements.

The young rapper then created a Youtube account on August 5, 2015. While writing this biography, his “Roddy Ricch” channel has garnered over 1.9 billion views and 5.33 million subscribers. Moving on, Roddy Ricch has an approximate net worth of $3 million US dollars.