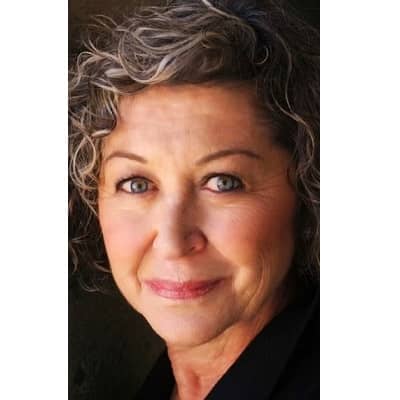 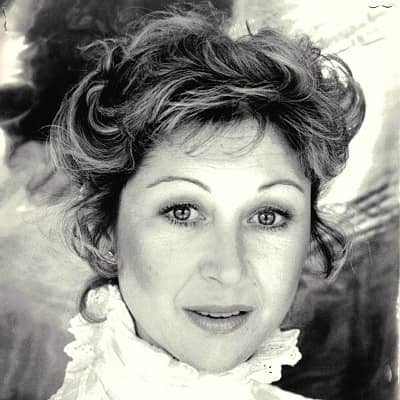 Rocky Parker was popular for her roles in various movies such as “In The Mood”, “The Rainbow Tribe”, “Hung Up on Elena”, “Happy Together”, “E! True Hollywood Story”, “Some Girls”, and “Can’t Buy Me, Love”. Unfortunately, at the age of seventy-four, Rocky Parker died leaving a sour taste in the mouth of her fans.

The actress was born Rochelle Parker on February 26, 1940, in Brooklyn, New York. Rocky Parker was an American by her nationality. Similarly, she had Pisces as her zodiac sign. She was born to Bernard and Shirley Parker. Her mother was an actress who was famous for “Mission Mars” and “The Minx”. As a child, she was living in Hopkinson Avenue, where everyone living on her block was her family. In the year 1949, her family migrated to Bayside, Queens. Furthermore, she developed an interest in acting from a very young age since her mother was also an actress. She regularly was with her mother on the way to the practices and watched some of the films she was present in.

There are no further details about Parker’s educational background however it is clear that she went to the Martin Buren High School in Queens. There’s no information regarding whether she was completing her education or not. She often reminisced about her childhood days and how watching Broadway shows sparked her interest in acting.
During her childhood, she was in an environment where most of her family and relatives were celebrities. This led her to garner interest in showbiz and, later on, commenced a career as an actress and model. 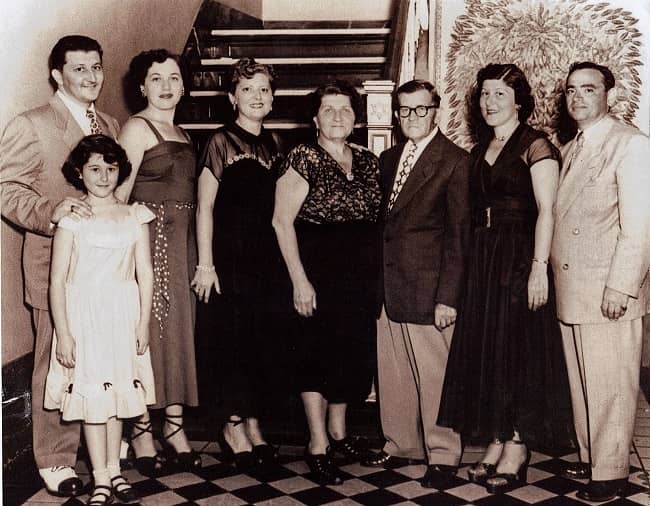 Caption: Rocky Parker with her family (Source: The Actors Work)

Sadly, the beautiful actress passed away because of Lung Cancer on April 19, 2014, at the age of seventy-four. Rocky Parker was going through Stage-four cancer in the lungs and throat. Previously, Parker used to smoke cigarettes since she was eighteen years old which later resulted in cancer. Her last and final wish was that her ashes should be spread over the Pacific Ocean nearby her home in Santa Monica. Parker’s death came as a shock to her family members and also to her fans as well.

Almost everyone around Rocky Parker was either a celebrity or had some kind of link with the entertainment industry. When she was 7 years old, her aunt Ida who had a profession at Movie Star Slips would bring her model clothes, pajamas, and things to try on. She would wear those clothes and feel like a little film star. Also, her aunt used to take her to watch Broadway shows around the city. Watching those actors on the stage and trying those dresses made her recognize how eagerly she wanted to be in the entertainment industry.

This is the moment when she realizes what she wants to do in her life. Parker auditioned for High School Performing Arts in Manhattan and got selected. But, her mother did not give permission, as her family was living in Bayside, and she had to travel daily on the train to Manhattan. Immediately, at the age of seventeen, she began her modeling career. She began modeling for magazines like True Romance when she was seventeen years old in the 1950s. Also, she did a lot of print ads. In addition, she was a member of the Virginia Slim Campaign You’ve Come A Long Way Baby.

After collecting some fame from her modeling career, she began acting plays in the ’60s. She successfully did her first play collaborating with “The Company” where she acted as Imposters Imposter by Susan Batson. She then got the chance to play in theater dramas like “Miss Julie”, “What’s So Beautiful About A Sunset Over Prairie Avenue?”, “Chuck Gordon”, “The Last Chord”, and many more. Finally, Parker reached it to Broadway with the show “The Survivor with David Marshall Grant and Zeljko Ivanek”. Then she got Brighton Beach Memoirs, whose director was Neil Simon. The project was her biggest achievement.

The late beautiful actress had shown her amazing acting skills in various other films such as “Can’t Buy Me Love” in 1987, “Happy Together” in 1989, and “In the Mood” in 1987. Aside from her acting and modeling career, Parker is also a co-director and writer of a film whose name is Ava’s Magical Adventure in collaboration with Patrick Dempsey. The film was out in the year 1994. Moreover, the actress has also had a job as a coach on 75 TV and film sets. She was the coaching various actors like Joan Chen, Little Richard, Kelly Preston, Heather Thomas, Brad Garett, and others more.

The stunning actress, Parker, had a net worth of around $1 million which she had obviously earned from her successful career as an actress. In addition, Parker’s annual salary was between $150,000 – $300,000. On the other hand, her ex-husband, Patrick Dempsey has a net worth of around $65 million. He has been collecting his wealth from various sources and the main source is his acting career. Patrick, however, was into various promotional works. He is also the owner of a company. Moreover, he has an annual income of about $8 million. And he earns $400,000 per episode for his presence on “Grey’s Anatomy”.

Rocky Parker met Patrick Dempsey in 1984 for the first time. She was forty-four years old and Dempsey was just eighteen at their first meet. It was during the production of the act Brighton Beach Memoirs. Patrick did the role of a teen while she did the role of his aunt in the play. The pair began spending more time with each other after their practices. Moreover, Parker used to give him acting advice and they used to talk after the show. At that time, she helped and inspired him to upgrade his career and she began to work as his manager. Soon after that, they started having feelings for each other.

After being in a romantic relationship for about three years, they finally got married on 24th August 1987. Their marriage was kept a secret for 2 years due to their huge age differences and they wanted to stay away from the various controversies. At that time, Parker already had 3 children who were older than Dempsey. The couple was happily enjoying their life supporting each other and trying to minimize each other’s imperfections. They together were present in the NYU film school. Patrick’s career was blooming and getting more successful. But, unfortunately, his relationship with her was coming to an end. Their marital relationship lasted for 7 years until when Parker reported for divorce.

Parker’s marital life began seeing cracks from as early as 1992. They reported for divorce and finally, it ended in 1994 after a terrible and longer divorce conflict. Both of them began moving on in their lives after passing through a broken marriage. After all those issues, Patrick becomes the wife of Jillian Fink. She got married 3 times and was also heartbroken 3 times. On August 21st, 1958, she became the wife of her first husband Sheldon Leonard Stein. Then, at the age of nineteen, she gave birth to her 1st child, David Alan on August 14, 1959. However, David could not have a normal childhood as his parents got apart soon after his birth.

After her divorce from Sheldon, in 1964, she again became the wife of John Hass. Soon after, she gave birth to Corey Parker Hass from her affair with Hass. But, the happiness wasn’t forever for her. Unfortunately, in 1968, John died and Parker became a widow. Prior to becoming the husband of Parker, she was in a relationship with Nick Ferri. On December 25th, 1979, she gave birth to her 3rd child, Noelle Parker, with Ferri although they were not in a marital relationship. It seems as if the thing ‘marriage’ was not for Parker at all. 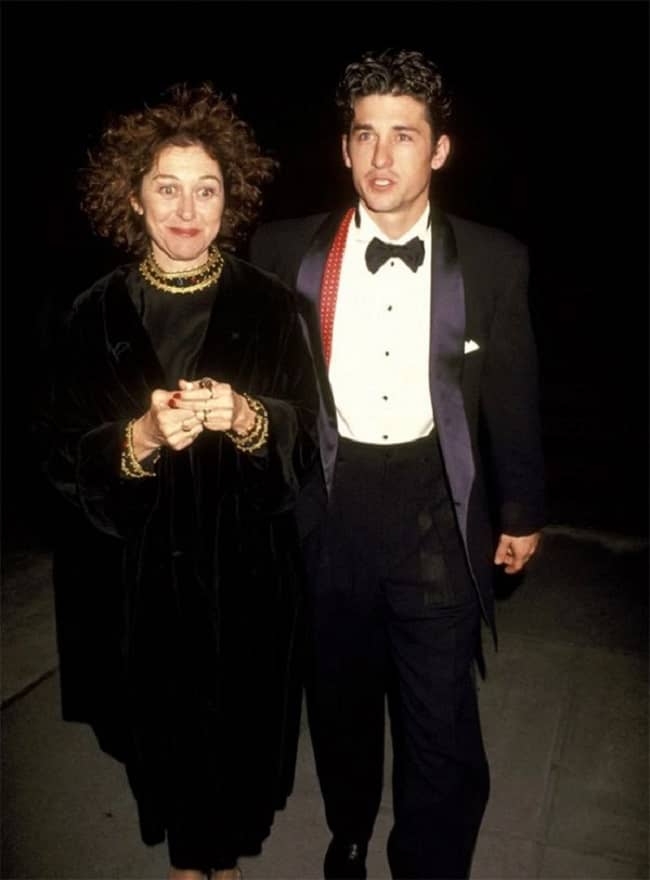 When the divorce conflict with Patrick Dempsey was processing, she made allegations against Dempsey of physical and mental torture. As per ‘The Sun’ she accused him of beating her on the sets of his films “Can’t Buy Me, Love”. Parker alleged that he had beat her so badly that she later got arthritis. She said: “While we were on the set of his movie Can’t Buy Me, Love, he beat me because he claimed he wanted to see what it was like to beat up a woman. I now suffer from arthritis in my hand from where Respondent injured me”. However, Patrick disagreed with all these sayings. The court also did not find any evidence against Dempsey. Then, Rocky removed her allegations against the Grey Anatomy’s star in 2006.

The actress seems to be quite tall in stature in her images, relative to her surroundings, are anything to go by. However, details regarding her actual height and other body measurements are not available for now. But it is for sure that she had a pair of beautiful hazel eyes with brown hair. Also, Rocky Parker has a fair complexion with an adorable personality.

Talking about her presence on social media, the actress was never active on any of the social media platforms. She neither had an Instagram nor Twitter and also nor Facebook. Moreover, she also did not have her own website. Parker was enjoying some of her time and dealing with her continuous problems.