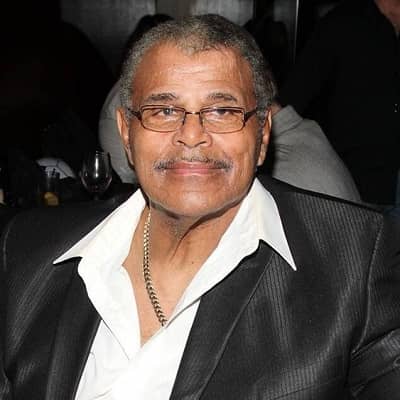 Rocky Johnson was a former wrestler from Canada. Rocky Johnson is known as a great superstar in WWE history. Also, he was known as the son-in-law of High Cheif Peter Maivia.

On August 24, 1944, Wayde Douglas Bowles aka Rocky Johnson was born in Amherst, Nova Scotia, Canada. He was born to his parents Lillian and James Henry Bowles. Thus, his parents immigrated to Canada after escaping from the US after the American Revolutionary War. Unfortunately, when he was 13, his father passed away. Also, Rocky had 4 brothers. Later, he moved to Toronto and worked as a truck driver. Besides, he also began wrestling.

In 1964, in Southern Ontario, Rocky Johnson started his professional wrestling career. At the time, he legally changed his name to Rocky Johnson. And, his trainer was the legendary High Chief Peter Maivia and later become his father-in-law. Before he joined National Wrestling Alliance, he competed all around the world. Later, in the 1970s,  he became a top contender in NWA. 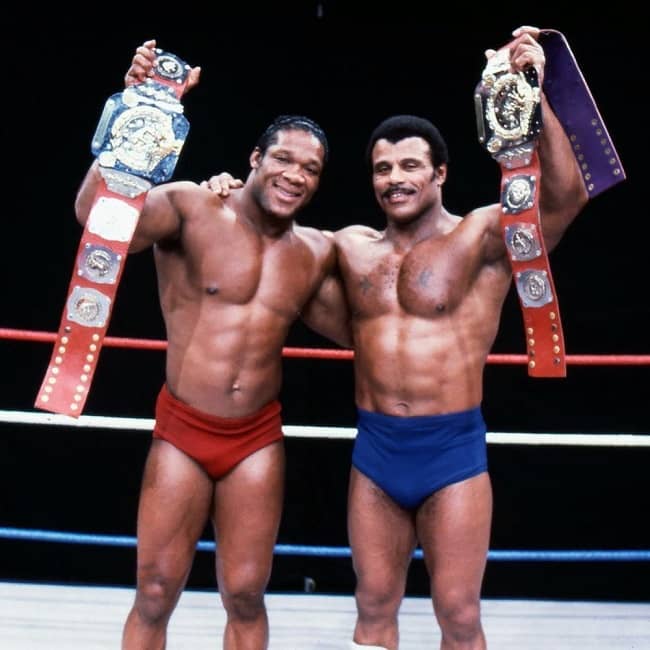 Similarly, he has received the title in several regional NWA singles and tag team titles. In World Championship Harley Race and Terry Funk, he also fought title matches. Unfortunately, he could never unseat either of them from the NWA World Championship. He wrestled in the Memphis promotion, and fought matches with Jerry Lawler, and won Lawler’s crown, for few years. Also, he wrestled under a mask as Sweet Ebony Diamond in the Mid-Atlantic area.

In 1983, he was hired by the World Wrestling Federation (WWF). Later, as a tag team, he was paired with Tony Atlas. Thus, they were the first black tag team and were known as The Soul Patrol. On November 15, 1983, The Soul Patrol defeated Afa and Sika which is also known as the Wild Samoans. Thus, they became the first person of African-American descent to win the World Tag Team Championship. But, their tag team lasted only for 6 months.  After he and Atlas lost the gold, he left WWE.

In 1991, Rocky Johnson retired from professional wrestling. Then, he trained his son Dwayne to wrestle.
Eventually, he always made an on-camera presence at his son’s matches. Also, he once he had jumped into the ring to save his son from been attacked. He was attacked by The Sultan and The Iron Sheik at WrestleMania 13. However, Rocky Maivia’s character flopped in WWF, he was never seen on camera. For WWE’s developmental territory, Ohio Valley Wrestling, he was hired as a trainer in 2013.
Later, he was inducted into the 2008 class of the WWE Hall of Fame. On March 29, 2008, into the Hall of Fame, his son, The Rock, inducted both of them. Therefore, he won the NWA Florida Heavyweight Championship thrice. And, the NWA Texas Heavyweight Championship twice. Similarly, he has won NWA Pacific Northwest Tag Team Championship twice. Besides, he is also a one-time winner of the NWA Brass Knuckles Championship. He was tagged as NWA Florida Tag Team Championship and NWA Florida Television Championship.

Rocky was married to Una in 1962 and was divorced in 1968. Together they have a son named Curtis and a daughter named Wanda. Later, he married Ana Maivia, in 1970. She is the daughter of Samoan professional wrestler Peter Maivia. When he was teamed with Peter in a match, he met Ana. Unfortunately, Peter disagreed with the relationship as he knew how hard it was for a wrestler’s family to star at home. 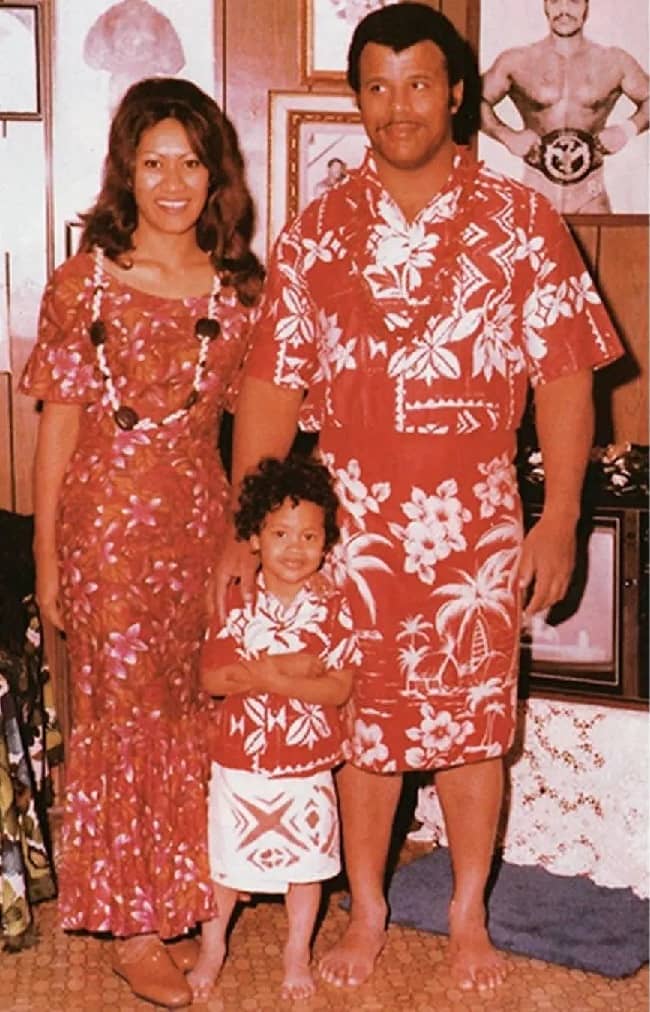 Caption: Rocky Johnson with his ex-wife and child. Source(Instagram)

Despite his disapproval, they decided to marry. On May 2, 1972, their son Dwayne Douglas Johnson was born. Today he is a well-known actor, producer, and wrestler. In 2003, Rocky Johnson and Ana divorced. On January 15, 2004, he married Dana Martin. Additionally, Rocky passed away on January 15, 2020, at the age of 75 at his home. The reason behind oh his death was a pulmonary embolism.

Rocky Johnson was 5 feet 9 inches tall (1.8 m) and his weight was around 119 kg. Additionally, his body measurement was 50-35-23 inches respectively. He had black eye color, black hair color, and a big bulky athlete body.  Also, Rocky Johnson is not active in any social media accounts.