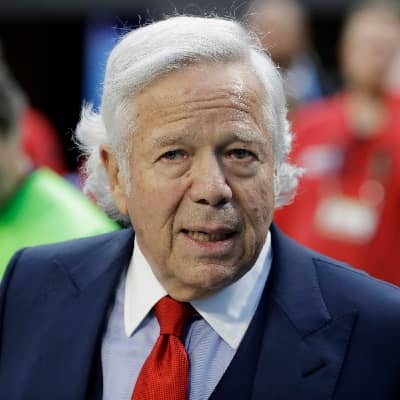 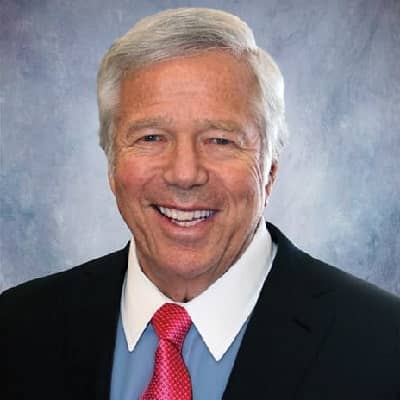 Robert Kraft is a famous American Businessman, Investor, and current CEO of the Kraft Group. Likewise, Robert Kraft is the owner of the New England Patriots football club. 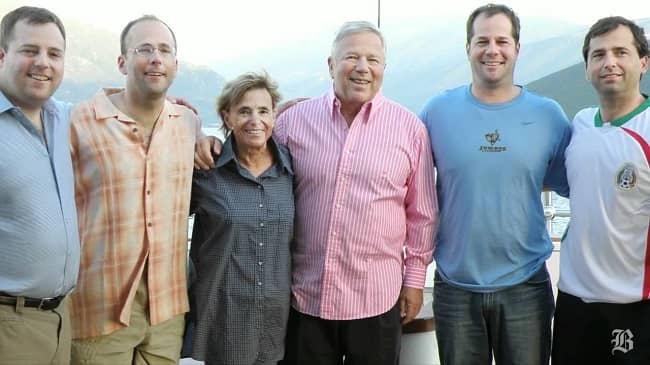 Caption: Robert Kraft with his ex-wife and children (source: Youtube)

Robert Kraft is a famous businessman from America. Likewise, Robert was born on 5th June 1941 in Brooklyn, Massachusetts, United States, and is currently 80 years old.

He was born to his father Harry Kraft and his mother Sarah Bryna. Robert’s family is the owner of a dress manufacturing Company in Boston’s Chinatown. Moreover, Robert’s dad was a lay leader at Congregation Kehilllath Isreal.

Later is 1963 he completed his graduation from Columbia University. In addition, Kraft got his MBA degree from the Harvard Business School in 1965.

Mr. Kraft has been maintaining billions of dollars from his different business endeavors. According to the sources, his estimated net worth is around $6.6 Billion.

Robert Kraft is a famous American Businessman, Investor, and current CEO of the Kraft Group. Likewise, Robert is the owner of the New England Patriots football club.

Robert Kraft is a billionaire businessman who invests and supports several growing business endeavors. Likewise, Kraft is the chairman and CEO of a private company Kraft Group.

The Kraft Group assets in paper and packaging, sports and entertainment, real estate development, and a private equity portfolio. 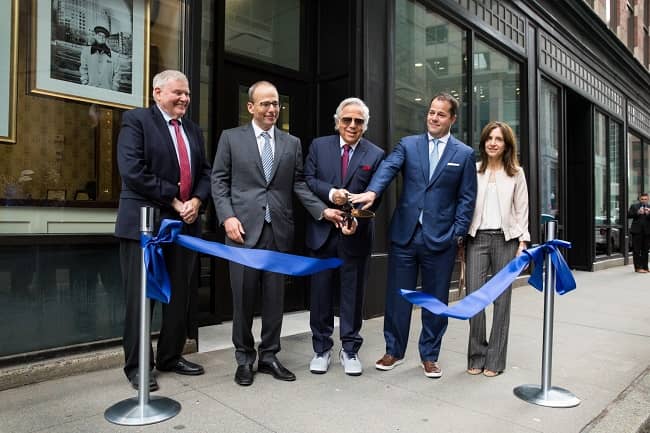 Caption: Businessman Robert Kraft on the inauguration of his family building(source: cjp)

Besides, he also owns a few sports teams like the New England Patriots of the National Football League, the New England Revolution of Major League Soccer, and Gillette Stadium.

On February 22, 2019, Daniel Kerr (the police head of Jupiter, Florida) announced a report that Robert blamed for the offense of sales of prostitution. Kraft was twice recorded giving cash for a sex act at an illegal massage parlor.

Likewise, the businessman was one of 25 who engaged in the alleged solicitation at the Orchids of Asia Day Spa.

Moving into the relationship status of Robert, he married his wife Myra Heat in 1963. the couple met each other for the first time at a delicatessen in Boston’s Back Bay and started dating.

The couple gave birth to their four sons. Kraft’s first son is Jonathan A. Kraft and he is the president of The Kraft Group and the New England Patriots.

Likewise, his second son Daniel A. Kraft is the president of International Forest Products. Similarly, Robert’s third son Joshnu Kraft is also looking after The Boys & Girls Club of Boston as a chairman and CEO of the club. Moreover, Robert’s youngest son is David Kraft. 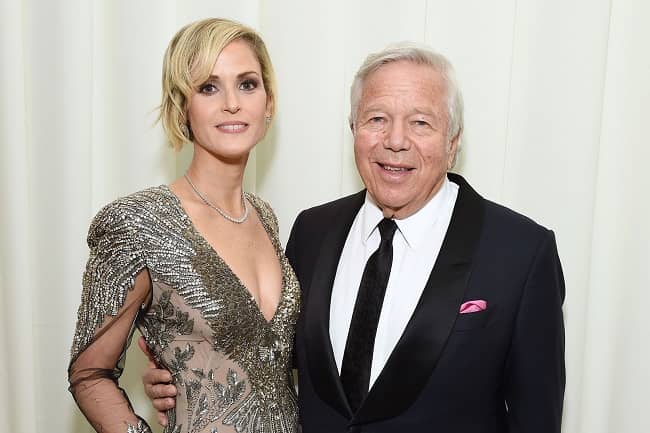 Besides, in 2011, Robert’s wife Myra died of Cancer at 68. Later in 2012, Robert started dating his girlfriend “Ricki Noel Lander” who is an American Actress.

Moreover, the actress is 39 years younger than Robert. However, they broke up in 2018. Currently, he is dating Dana Blumberg.

talking about his body measurement of Robert, he has a pretty healthy body. Roberts stands at a height of around 5 feet and 7 inches. Likewise, Kraft has a bodyweight of around 79 kg.

Despite his 77 age, Robert has a pretty fit body build. In fact, Robert has a body measurement of around 42-35-37 inches. Moreover, he has biceps of size 16 inches and uses shoes of size 8. Furthermore, Robert has blue eyes along with white hair.