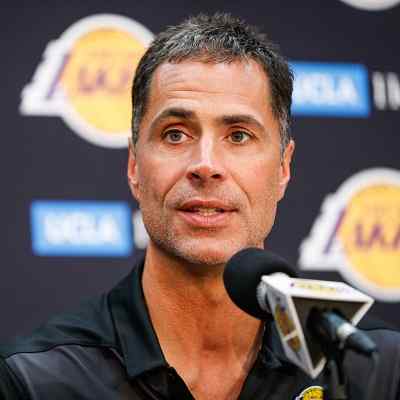 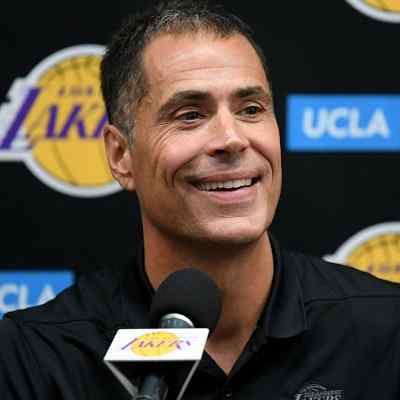 Rob Pelinka was born on December 23, 1969, in Chicago, Illinois, USA. He is 52 years old and is under the astrological sign, Capricorn. He holds American nationality and his full name is Robert Todd Pelinka Jr.

His father’s name is Robert Todd Pelinka, Sr but his mother’s name is unknown at the moment. And, it is known that he has siblings but their information and names are unavailable until now. On the other hand, Rob’s father is a former high school basketball coach. Other than this, no information regarding his other family members is available to date.

Rob Pelinka was able to become a high school All-American basketball player at Lake Forest High School. He even became one of the best shooters in the Chicago area. After joining his high school he did get to attend a lot of games and leagues. Likewise, by the beginning of February of his senior year, he was listed as one of the top ten Class AA basketball players in Illinois by Illinois High School Basketball magazine. During his career in high school, he became the post-(regular) season All-Chicago area top 20 players by the Chicago Sun-Times and also the 20 Class AA All-state players in a class.

Moreover, his final decision came down to a choice between Illinois and Michigan. He went on to choose Michigan because of its academically strong law school and business school. And, after selecting Michigan, Pelinka had notable performances in his regional all-star games. He also was able to become the first Michigan Wolverine to reach three NCAA Tournament Final Fours during his Michigan Wolverines career as a guard. Also, he was the only true freshman to play in either of the first two games of the season. And, during his redshirt junior year, he was joined at Michigan by the Fab Five, who were all true freshmen.

Likewise, Rob Pelinka was an important role player for the team who drew the most charges on the team and contributed important defensive minutes as the sixth man during his senior season. After his senior season, he was able to play in an NBA Summer Camp in Long Beach, California, and considered offers to play professionally in Europe. He also was able to win the 1993 NCAA Walter Byers Postgraduate Scholarship award (NCAA Male Scholar-Athlete of the Year).

He also stated that he hoped to become a professional sports agent after his athletic and academic careers were complete. After the 1993 NCAA West Regional Final, he flew to St. Louis, Missouri for a final interview for the Walter Byers Scholarship and later was honored with the 1993 Walter Byers Scholar Award as the NCAA’s top male scholar-athlete. He also was able o earn a variety of other scholar-athlete awards.

Rob Pelinka went on to join Mayer Brown and after two years at Mayer Brown, he became a lawyer for SFX management, and after two years at SFX, he was able to become an agent. During his time at SFX, he even became the agent for several of his current clients. Later on, he went on to branch out on his own and founded “The Landmark Sports Agency”. And, he has represented several first-round lotteries picks and currently represents 24 NBA players. On the other hand, Pelinka has represented several Arizona Wildcats players as well. He even became one of the world’s leading sports agents according to Business Insider.

Moreover, Rob Pelinka is popular as the agent of Kobe Bryant, who retired at the end of the 2015–16 season after 20 seasons as a perennial All-Star guard for the Los Angeles Lakers. Also, his clients made news off the court as Boozer filed for divorce and Bryant’s former housekeeper filed suit against him in March. Also, at the 2009 NBA draft, he was able to represent the third overall selection, James Harden. Likewise, O. J. Mayo signed with Pelinka in the offseason, bringing his client list up to 18 NBA players. 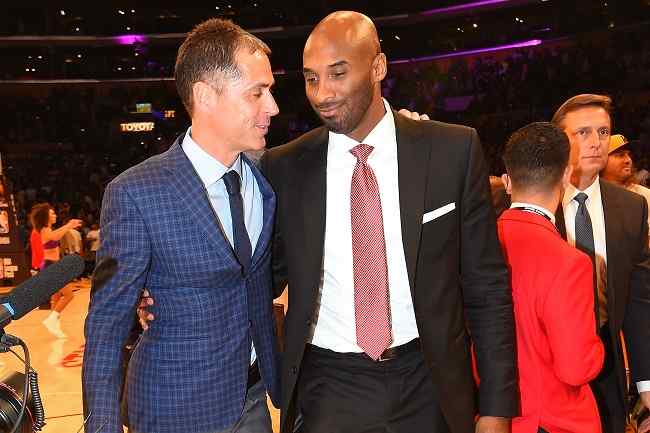 Rob also signed Dion Waiters, Andre Drummond, the Mavericks, Kaman, Fisher, Ariza, and Johnson. Also, in April of the year 2013, he was able to induct his high school’s wall of fame. He went on to sign Dante Exum and also represented Shabazz Napier. Likewise, he was rumored to be in the running to represent Stanley Johnson but ultimately lost to Bill Duffy. He then went on to sign Shabazz Muhammad and represented Tyus Jones as well.

Rob Pelinka signed a five-year deal to be the general manager of the Lakers on March 7, 2017. There is even criticism regarding him for his penchant for “storytelling”, in other words embellishing or even totally misrepresenting the truth at times throughout his tenure with the Lakers. Then, he was able to promote to vice president of basketball operations while also maintaining his role as GM on January 10, 2020. In that same year, he also was able to finish in 7th place for the Executive of the Year Award. 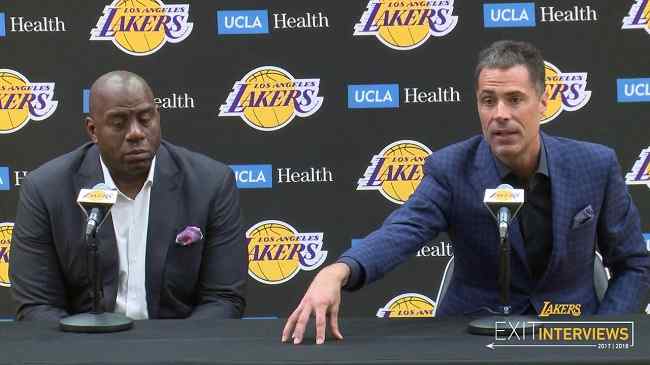 Rob Pelinka tied the knot with Kristen Schwarz in August 2005. The couple has two children together and their names are Durham Pelinka and Emery Pelinka. His wife on the other hand is a certified Pediatrician. 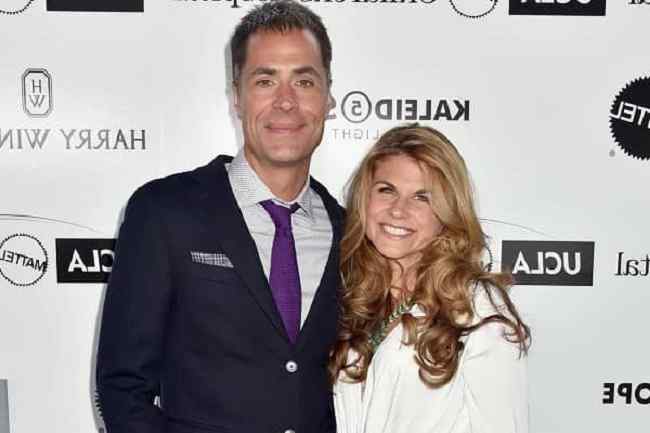 Caption: Rob Pelinka along with his wife (Source: Hollywood Zam)

Rob Pelinka has a height of 6 feet 6 inches and his weight is 91 Kg and his other body measurements are 44-32-38 inches. Moreover, Pelinka has black hair and dark brown eyes.

Rob Pelinka is not active on any social media platforms and doesn’t own any social accounts until now. He might have wanted to stay away from the social world.

According to celebritynetworth, Rob Pelinka has a net worth of $25 million and his main income source must be his career as a basketball executive.