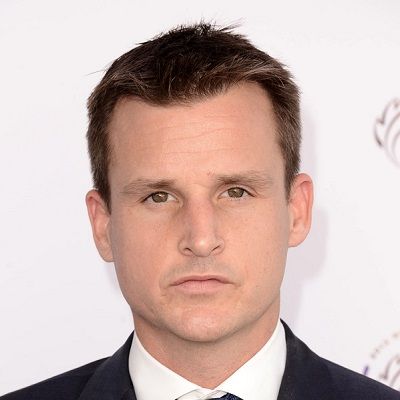 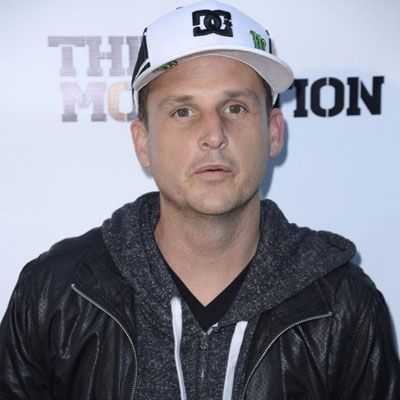 Rob was born on June 28, 1974, in Kettering Ohio. As of 2022, he is 48 years old. Although popular as Rob his name at birth was Robert Stanley Dyrdek. He is the younger child of Gene and Patty Dyrdek. Likewise, He has an elder sister named Denise Dyrdek.

He was fascinated by sports from a very young age. He used to try different sports in school. Subsequently, at the age of 11, he got his hands-on skateboard. Former professional skateboarder, Neil Blender gifted him his first skateboard.  Since then he dreamt of being a professional athlete. In this relentless pursuit of his, he dropped out of high school during his senior year and moved to Southern California to see his skateboarding career flourish.

After receiving his first skateboard at the age of 11, Dyrdek was focused on becoming a pro skateboarder. In the following year, he began his skateboarding career after acquiring sponsorship from the same company that his idol Neil Blender was attached to. As a young aspiring skateboarder, Dyrdek was always thinking about new cool tricks he could try. Moreover, he participated in the stated level and national skateboard championship under the banner of his sponsor. However, after a few years, Dyrdek convinced his mentor, Blender, to leave the sponsoring team. Consequently, they started their own skating team ‘ Alien Workshop’, which later became one of the top skateboard sponsors.

At the age of 16, Dyrdek dropped out of high school and moved to California to continue with his professional skate career. Soon, he started receiving radars from top sports brands. He was sponsored by Droors Clothing, currently rebranded as DC Shoes from 1995 until January 2016.

Growing up surrounded by entrepreneurs, Dyrdek learned the power of building brands. Consequently, as a teenager, he started his first company, Orion Trunks. Moreover, with his creative ideas, he helped turn a rising brand into an international company worth $500 million. He also teamed up with various ventures. Besides he also used his expertise to launch and expand skate brands. He is the founder of the world’s first true professional skateboarding league Street League Skateboarding.  The league has grown from domestic to international level with the record of the highest overall purse in the history of the sport.

With the success of his first show, Dyrdek created Rob Dyrdek’s Fantasy Factory. The show covered Dyrdek’s “Fantasy Factory”, a converted warehouse where he showcased his Do-Or-Dier mentality towards entrepreneurship.  The series that started in 2009, aired a total of 7 seasons with the season finale airing on March 13, 2014.

Alongside his television show, Dyrdek played Rambo alongside Robert de Niro and Al Pacino in the movie Righteous Kill. Similarly, Dyrdek also made a movie titled Street Dreams in 2009. Later he was featured in 2011 Jackass 3.5.

Dyrdek continued in his television success with the launch of his production company, Superjacke. With his production company, he created “Ridiculousness”, a Tv show based on internet videos that are mainly about mishaps. Along with this his production company has created several other amazing TV shows including CMT’s The Dude Perfect Show, and Nickelodeon’s Mega Life & Crashletes. In 2017, Dyrdek launched a brand new talent show ‘Amazingness’, in which he stands as a judge.

Dyrdek is one of the best Skateboard professionals in the world with 21 separate Guinness World Records for skateboarding. He made these records as a part of his former show Rob & Big. Moreover, he also set the record for the largest skateboard during the Fantasy Factory series. Besides, some of Dyrdek’s personal bests include Longest 50-50 rail grind: 100 feet 5.75 inches, Highest skateboard ramp jump into the water: 10 feet 8 inches, and Longest board slide: 100 feet 5.75 inches.

Not just a brilliant skateboarder, Dyrdek is also a successful tv person and entrepreneur. Dedicated since childhood, he used every opportunity in this way to be who he is today. Long this journey he has earned himself a generous sum of today. He has earned form skateboarding championships, numerous sponsors, and acting but probably highest from his enterprises and production house. As for 2020, he stands at a net worth of $60 million dollars.

In 2015, Rob married his longtime girlfriend Bryiana Noelle Flores. Briyana is a professional model and entrepreneur. She was a playboy playmate. the 2014 World Perfect Pageant winner. Moreover, she is the founder of iconic beauties. The couple is blessed with two adorable children. The elder one is a son named Kodah Dash, born in 2016, whereas the younger one is a beautiful girl. Her name is Nala Ryan Dyrdek and she was born in 2017. The family of four currently lives in Los Angeles near all his current business endeavors. 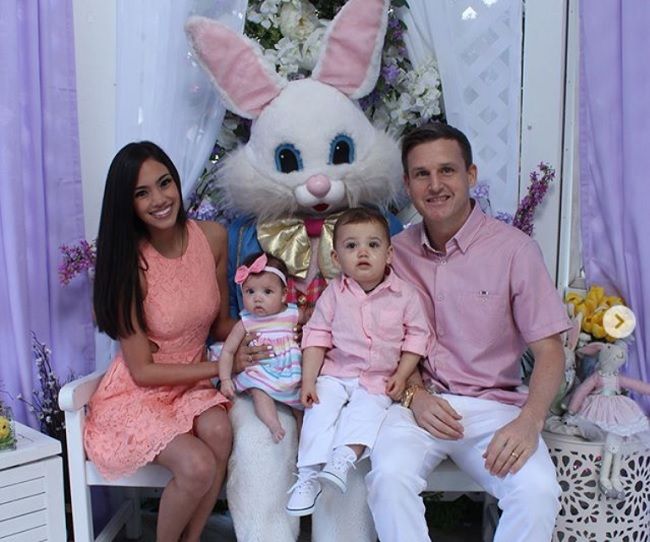 46-year-old Rob is still a healthy and energetic man. Dyrdek has a personal trainer named Alexandra Lewis who helps him train properly. He is even very conscious about his diet. Thus, he has maintained a fit and healthy body. But, his exact measurement of body size is unavailable. However, he stands at a height of 5 feet and 7 inches tall with a body weight of 61kgs. Similarly, some of his other distinguishing physical features include his brown hair and green eyes. 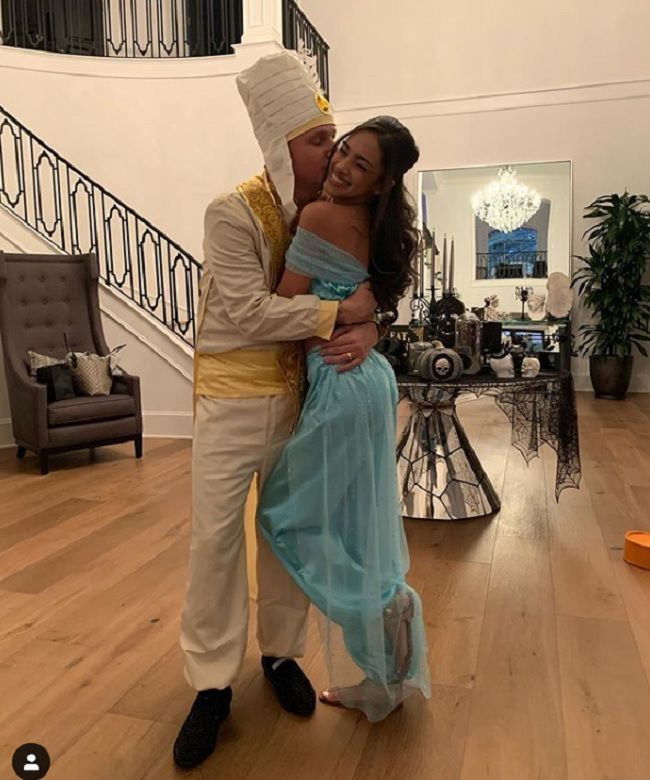 Caption: Rob and his wife dressed as Alladin and Jasmin for Halloween
Source: Instagram

As an internationally known Tv personality and entrepreneur, Dyrdek not just attracts fans but also inspires and influences them through his social media accounts. Currently, he is active on Instagram and on Twitter. He goes by the name @robdyrdek on Instagram where he has more than 5.3 million followers. Similarly, 3.2 million people followed him on Twitter. He uses these platforms to share with the world his personal and professional endeavors.