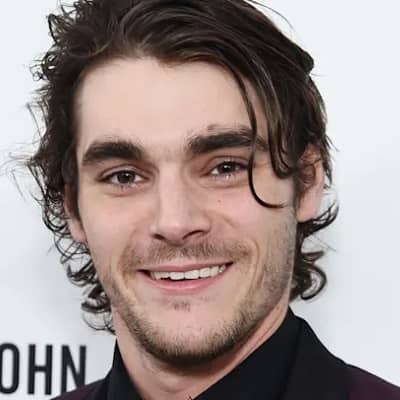 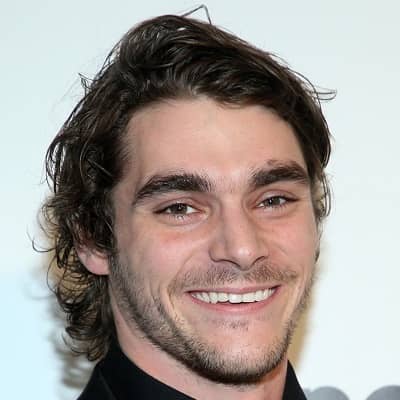 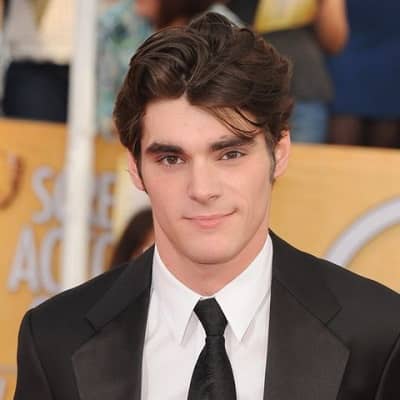 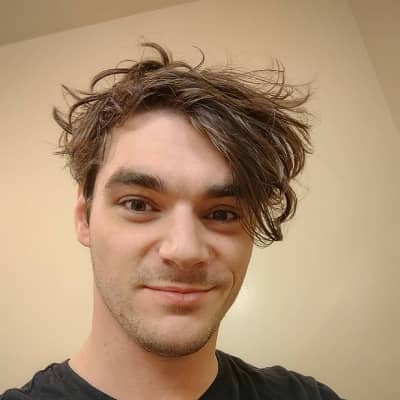 RJ Mitte is a talented American actor and the representative of Inclusion in the Arts and Media of Performers with Disabilities. RJ Mitte is famous as the actor with cerebral palsy in real life who also played the character with the same disease in Breaking Bad.

RJ Mitte was born on 21 August 1992 and he is currently 29 years old. Mitte hails from Jackson, Mississippi, and his zodiac sign is Leo. Similarly, his full name is Roy Frank Mitte III. Talking about his family, his parents are Roy Frank Mitte Jr. and Dyna Mitte. However, they are Mitte’s adoptive parents. There is no information about RJ’s biological family.

Talking about the beginning of his life, Mitte was born through an emergency cesarean. Young Mitte was not breathing at the time of his birth and this resulted in permanent brain damage. Only a few weeks after his birth, his parents Roy and Dyna adopted this personality.

Likewise, Mitte was diagnosed with cerebral palsy at the young age of 3 years. Doctors put RJ’s legs in casts for six months in an attempt to straighten his feet. Moreover, this personality was fitted with leg braces and used crutches throughout most of his childhood. Over time, RJ’s body became stronger through sports and exercise. Hence, he no longer needed any walking devices by his teenage years.

In the year 2006, RJ’s family moved to Los Angeles. There, his younger sister – Lacianne Carriere – had received an offer for a role in a film project. Following his parents’ separation, his mother Dyna raised him. From the age of 13 years, this personality was financially responsible for the family. Mitte still remains responsible and takes on multiple jobs to bring in an income. 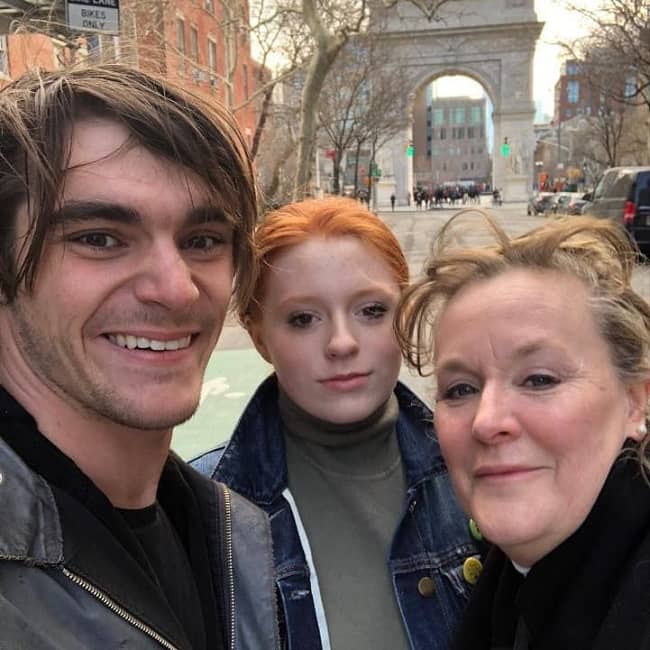 Caption: RJ Mitte posing for a photo with his mother and sister. Source: Instagram

Professionally, RJ Mitte is an actor well-known for portraying the role of Walter “Flynn” White Jr. on Breaking Bad from 2008 to 2013. Just like his character on this show, RJ has cerebral palsy. After moving to Hollywood in the year 2006, RJ started to train with a personal talent manager – Addison K. Witt. Together with his talent manager, RJ sought acting opportunities where his disability would serve to educate viewers. This eventually led RJ to audition for the role in Breaking Bad.

Similarly, this actor appeared on the cover of the February/March 2015 issue of “Neurology Now” which also included a short biography and his views on cerebral palsy, bullying, and his acting career. Further, this personality is also a celebrity ambassador for United Cerebral Palsy. Similarly, RJ modeled for a spring 2014 Gap ad campaign. The actor also walked the catwalk for Vivienne Westwood in June 2015.

Talking more about his career as an actor, Mitte received several roles as an extra including in Hannah Montana. Following this, this actor became interested in films. Hence, RJ decided to take acting lessons. Soon, this actor received an offer for the role of Walter White Jr. in Breaking Bad. 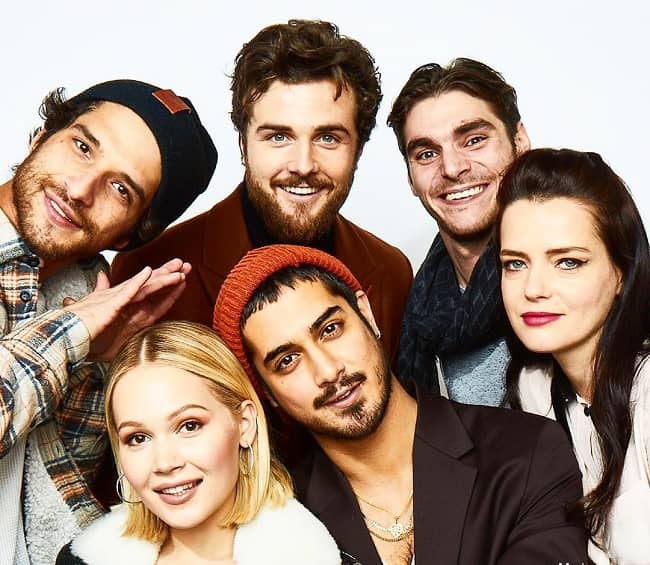 At the 2013 Media Access Awards, this actor received the SAG-AFTRA Harold Russell Award for his portrayal of Walter White Jr. Additionally, RJ also presented the eponymous RJ Mitte Diversity Award to deaf actor Ryan Lane. The Screen Actors Guild named this actor as the spokesman for actors with disabilities and is also the representative of Inclusion in the Arts and Media of Performers with Disabilities which employs artists with disabilities.

Similarly, RJ starred in Stump in 2011 and also worked as executive producer of the documentary Vanished: The Tara Calico Story the same year. This actor was cast in House of Last Things in 2011.

Likewise, the actor also appeared in the 2013 music video for Dead Bite by rapcore band Hollywood Undead. He also appeared in the video If I Get High by Nothing But Thieves in the year 2016. Then in January 2014, RJ started a recurring role on Switched at Birth in which he played the role of Campbell. On 17 November 2015, this actor was announced to be a presenter as part of British Channel 4’s coverage of the 2016 Rio Summer Paralympics. 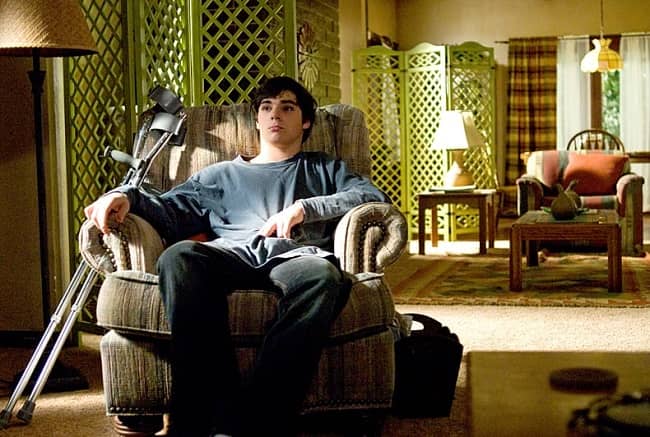 Moving on, actor RJ has a net worth of $3 million dollars. His major source of income is acting which he also contributes to his charity works. Moreover, he is also the ambassador for United Cerebral Palsy as well as the spokesperson for actors with disabilities. These also might add to his source of income alongside being a model occasionally.

RJ Mitte is most probably single at the young age of 29 years. The actor has not shared any social media posts related to his love life, affairs, controversies, etc. Moving on, this talented young actor might be more focused on strengthening his career rather than involving in love affairs in the prime of his life.

RJ Mitte stands tall at an approximate height of 6 feet 1 inch or 185 cm and his weight is around 181 lbs or 82 kg. Further, actor RJ has dark brown eyes and hair of the same color. Besides these, Mitte’s other body measurements including his chest-waist-hip measures, dress size, biceps, etc. are still under review.