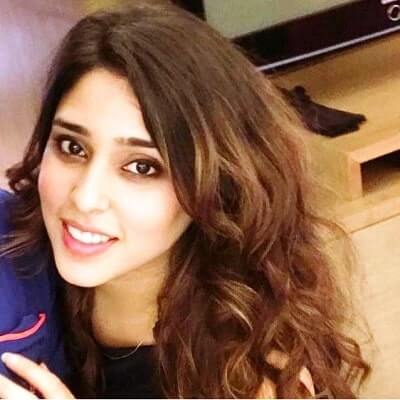 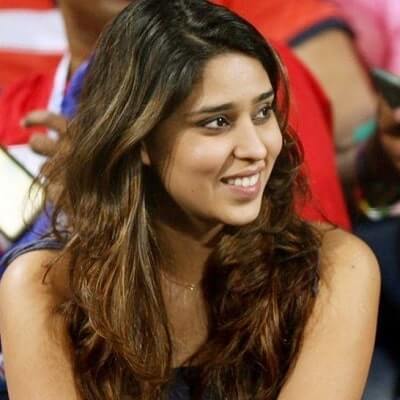 Ritika Sajdeh is an Indian sports manager by profession. Ritika Sajdeh is widely known as the wife of one of India’s most valued cricketers Rohit Sharma. She acts as her husband’s manager for all of his matches and tours etc.

Ritika was born on December 21, 1987. As of the present, she is 34 years old. She was born in Mumbai, Maharashtra, India. Therefore, she holds Indian nationality. Similarly, her horoscope is Saggitarius. Ritika was born to parents; Bobby Sajdeh(Father) and Tina Sajdeh ( Mother). Likewise, she has a brother of her own whose name is Kunal Sajdeh. As for her personality, Ritika has been a hardworking and caring person since her childhood. She loves puppies and dogs and has a passion for them. Similarly, her hobbies include traveling and performing various water sport activities. 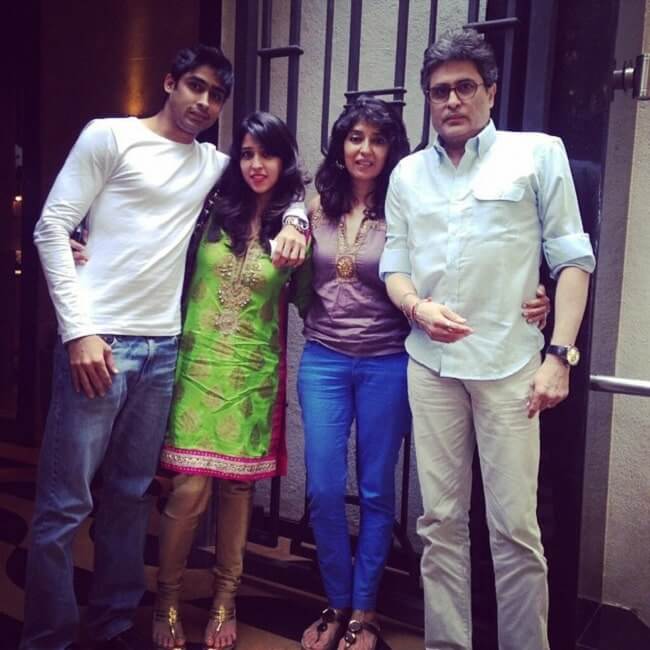 Caption: Ritika with her mother, father, and her brother. Source: Instagram

It is a fact that Ritika has graduated from college. However, the details following her graduation are not available on the web. Judging by her profession, she must be a hardworking and dedicated student during her schooling days. Moreover, it seems like she doesn’t prefer to disclose the details of her educational background.

Right after Ritika’s graduation, she worked as a sports manager at a management company that was owned by her cousin brother Bunty Sachdeva. The name of the company was Cornerstone Sports and Entertainment. She was responsible for the business side of the sports industry. As a part of her job, she was given the responsibility for everything that happened outside the field or off the fields for her sports clients. She had to take care of her clients’ game schedules, contracts, and other promotional events for them.

Years later, she is an integral part of the company. Being such a valuable key for the Company, she got a chance to manage the biggest of celebrities. She always managed to do her best in the work she was assigned. However, it wasn’t always easy for her but her hardworking spirit didn’t allow her to give up. To date, she has worked with one of the best sportspersons. She has had the opportunity to work for big-time Indian cricketers like Yuvraj Singh, Harbhajan Singh, Irfan Pathan, and many others. 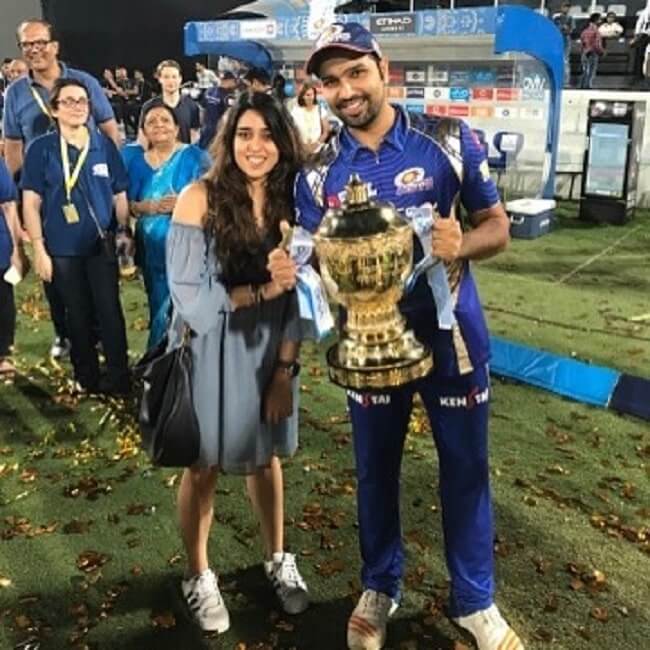 Caption: Ritika posing for a picture with her husband Rohit Sharma after winning a match. Source: Instagram

Ritika has managed to bring the company that she is herself a part of to new heights through her efforts and dedication. However, it is also commendable that regardless of her success in her career, she has managed to stay out of the limelight and let her clients shine brighter than ever. This itself shows how dedicated Ritika is to her profession.

There are no specified stats or details about Ritika’s earnings. However, taking her profession into consideration she must have a decent income. As per a few online sites, her net worth is stated to be around $1-5 million. It is a sound income. Other details regarding the properties or any other form of assets owned by her are kept a secret from the public.

Ritika is married to an Indian Cricketer name Rohit Sharma. The couple first met each other in the year 2008, on a shoot for Reebok. Rohit was new to endorsements and shoots at that time, while Ritika’s rakhi brother Yuvraj jokingly asked him to stay away from his sister. At that time, Rohit wasn’t aware of who Ritika was. Later, after a few meetings on various occasions of work the two of them became friends. Soon after their friendship, Ritika officially started to manage Rohit as well.

Not too long after their friendship blossomed into something greater and the two started to date each other. However, their relationship wasn’t a secret from the rest of the world. Ritika and Rohit tied knots on December 13, 2015, after dating for six long years. They were married at Taj Lands Hotels in Bandra West. Similarly, the couple has a beautiful daughter; Samaira who was born in 2018. 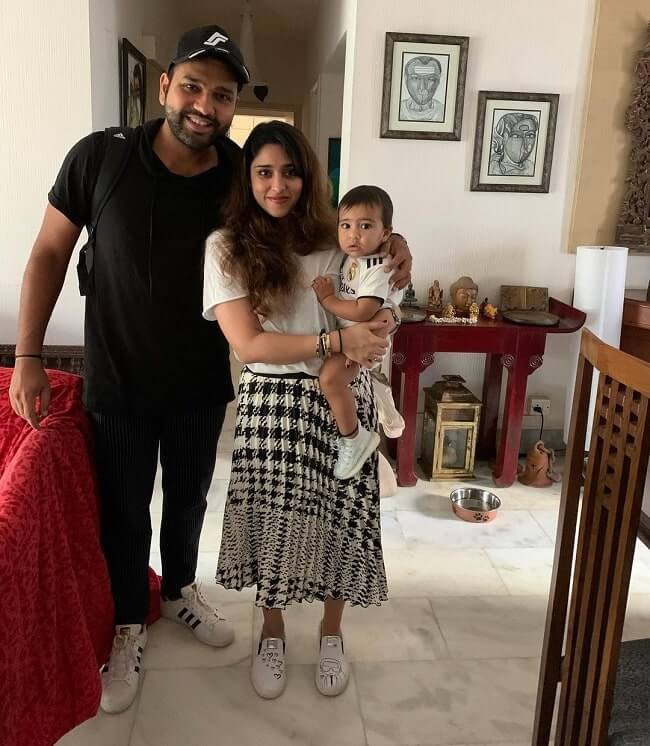 Caption: Family picture of Ritika Sajdeh with her husband and daughter. Source: Instagram

The couple shares a beautiful bond with each other. Ritika is often there at the stadiums to support her husband during his matches.

Ritika stands at a height of 5 feet 3inches. Likewise, she has naturally black hair and beautiful brown eyes. Her features perfectly complement her beauty.  Similarly, she weighs around 55kgs. Other body measurements are not available as of now.