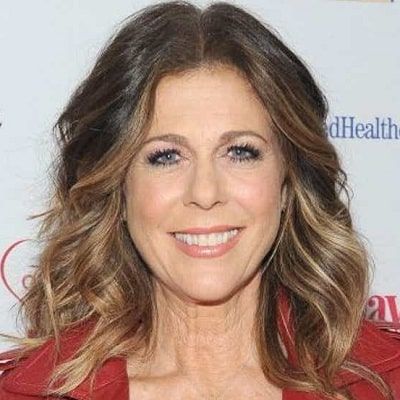 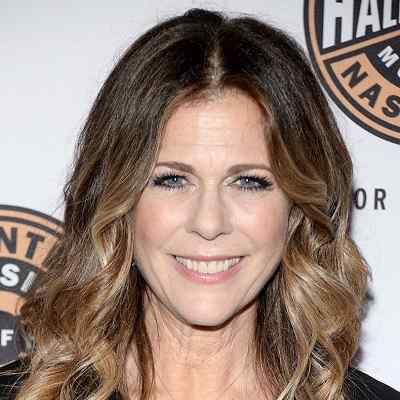 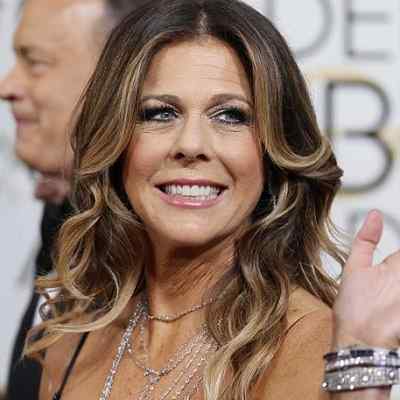 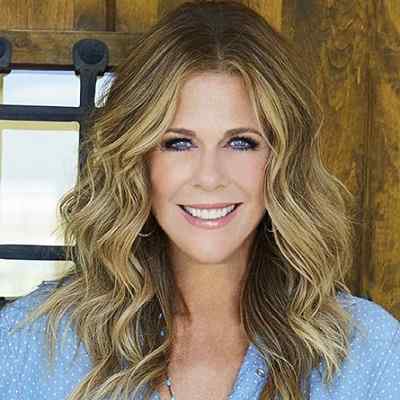 Rita Wilson is an American multitalented public influencer. Rita Wilson is an actress, singer, songwriter, as well as producer. She has been in Hollywood since her teenage and has been a part of various famous movies and TV shows. 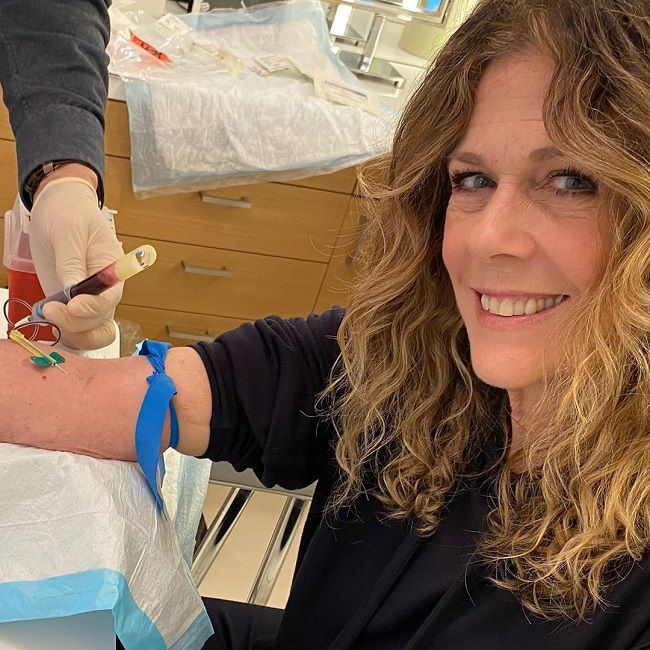 After the news of Rita Wilson and Tom Hanks’ COVID-19 positive news, Trevor Noah said on The Daily Show, “It’s almost like coronavirus chose Tom Hanks just to send a message to the rest of us. Like prison rules: ‘If I can get Hanks, I can get to anyone.’” The American power couple tested positive for the global pandemic of COVID-19 when they were in Australia.

Both Rita Wilson and her husband Tom Hanks first developed symptoms on 9 March 2020. They hence tested the following day. Doctors told them that they were probably exposed to the virus by the same person at the same time. However, no one they know had tested positive back then. It’s still a mystery as to how the couple caught it at the same time.

When they tested positive, they were still in Australia for the preproduction of Baz Luhrmann’s untitled Elvis Presley film. In this movie, Tom Hanks plays Presley’s manager Colonel Tom Parker. After they tested positive, Tom and Rita were isolated in a Queensland hospital while their symptoms were monitored. They were quarantined in the hospital so as not to spread the virus, more precisely, at the Gold Coast University Hospital.

Rita Wilson, in particular, had tried to be hyper-vigilant. She shared about her precautions even before the disease was this serious.

“It was early March, and so people weren’t social distancing yet. But I was already doing no handshakes, no hugging, trying to take my own measures. Then on the plane to Australia, I was like Lady Macbeth – I couldn’t clean everything enough! The flight attendants were like: ‘What is with this lady?’ I had wipes, sanitizer, I wiped down everything.”

Both Hanks and Wilson’s symptoms were severe enough and hence were hospitalized together. Particularly, Wilson’s temperature reached 102 degrees Fahrenheit and doctors gave her chloroquine to try to bring her fever down. Rita Wilson stresses that she was not given “hydroxychloroquine” referring to the unproven treatment President Trump has been promoting back then. Although her fever came down, she experienced the incredibly harsh side-effect of the drug.

“We both had a high fever and were extremely achy. I lost my sense of taste and smell, had stomach issues, and was shivering like you wouldn’t believe. Yeah, I was scared. Extreme nausea, vertigo, my muscles felt like wet noodles, so I couldn’t really stand.

The couple was unaware of the international reaction to their announcement because they hardly watched TV and stayed almost entirely offline. It was except to be in contact with close friends and family. Further, Rita Wilson told Gayle King on CBS This Morning that she was very tired and experienced chills like never before. She said that she felt extremely achy, uncomfortable, and didn’t want to be touched, and then the fever started.

Even though the coronavirus impacted the lovers differently, it took both the same time to get through the disease as Rita Wilson said. Moreover, they donated blood and are waiting to hear back if their antibodies will help develop a vaccine.

Rita and Tom would also donate plasma if they can. They are now fully recovered from the coronavirus and back home in Los Angeles, where they are staying inside and watching a lot of old movies. Moreover, they were photographed smiling while driving a vehicle in Los Angeles. Celebrity website TMZ added that those photographs were taken shortly after they landed at a small Los Angeles area airport.

The New York Post’s Page Six column then went on to add that Tom Hanks was touching the tarmac and dancing after getting off a private jet. Filming has long been shut down on the movie and hundreds of other film and television productions worldwide.

On 24 April, Tom Hanks shared a Facebook post urging his followers to donate if they were in LA. Then on 28 April 2020, he shared another Facebook post with photos of him donating blood plasma for research purposes. Similarly, Rita Wilson also shared an Instagram post on 29 April 2020 in which she is getting tested for antibodies in preparation for donating plasma. She also thanked Dr. Anne Rimoin at UCLA for the study she is working on to help patients heal from COVID-19.

Following the news of Tom Hanks and Rita Wilson, plenty of famous people have been diagnosed with the positive cases of the pandemic including Idris Elba and Placido Domingo.

In April 2015, Rita Wilson shared that she was diagnosed with breast cancer and had undergone a double mastectomy and reconstructive surgery. A one-month hiatus later, Rita returned to Larry David’s Fish in the Dark Broadway show.

Rita Wilson’s real name is Margarita Ibrahimoff and she was born on 26 October 1956. She is currently 65 years old and she is originally from Hollywood, California. Her parents are her mother Dorothea Tzigkou and her father Hassan Halilov Ibrahimoff. Her mother was Greek and she grew up in Sotirë near Dropull I Sipërm in Albania. It is close to the border with Greece. Likewise, her father lived from 1920 to 2009. He was a Bulgarian Muslim (Pomak) born in Orazio (Breshtene), Greece. It is close to the border with Bulgaria.

Further, Rita’s father’s family moved to Bulgaria when he was a child. Then he later moved from Bulgaria to the US in 1949. Moreover, her father converted from Islam to Orthodox Christianity upon his marriage and also changed his name to Allan Wilson in 1960. He chose his name after a local street.

In addition to Bulgarian, Rita Wilson’s father could also speak Russian, Turkish, Polish, Greek, a little bit of Italian, and a little bit of French as per information provided by her husband, Tom Hanks. Hanks said that he modeled his portrayal of the character Viktor Navorski in the film The Terminal on his father-in-law.

Moreover, Rita Wilson has two siblings namely Lily Wilson and Chris Wilson. Lily is a teacher whereas Chris is the composer of My Big Fat Greek Wedding. Rita and her niece, Carly Reeves, appear together on-screen in the movie Raise Your Voice starring Hilary Duff. Likewise, she also has another niece namely Kristen Reeves and who is an entertainment reporter for Orange County TV. She is a member of the Greek Orthodox Church 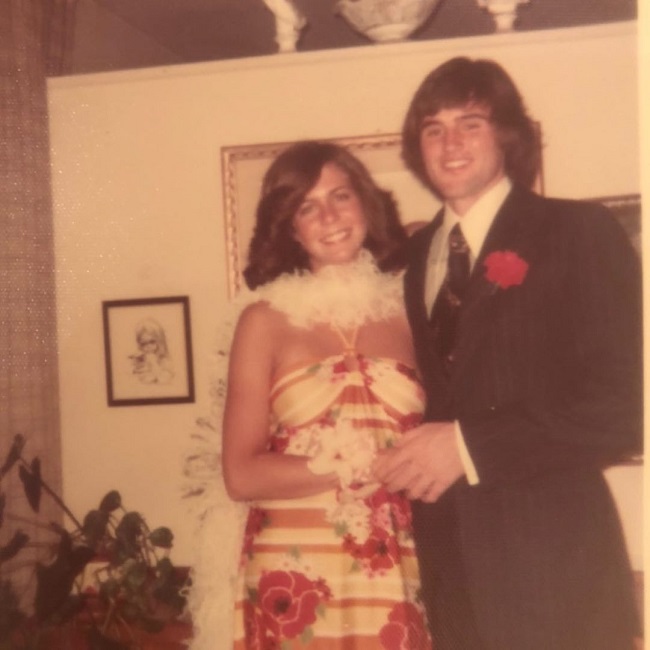 Rita Wilson is a multitalented public influencer. She is primarily an actress, singer, songwriter, as well as producer. She started acting when she was only 14 years old. Rita Wilson has also appeared on The Brady Bunch and then other US TV shows throughout her 20s. Then in 1981, she appeared on Bosom Buddies when she was 25 years old. It is a sitcom that barely lasted two seasons but launched the career of Hanks, her husband.

Moreover, Rita Wilson’s most famous scene is probably Sleepless in Seattle. In this, her character gushes about the Cary Grant/Deborah Kerr 1957 film. Rita’s other film appearances include Volunteers, Now and Then, Jingle All the Way, The Story of Us, Runaway Bride, It’s Complicated, and Larry Crowne among many others. Likewise, her TV appearances include the television series The Good Wife and Girls.

Rita Wilson has performed on Broadway and is also a producer. As a producer, she has movies like My Big Fat Greek Wedding, Mamma Mia!, and Boy Genius under her belt. She is also a reliable team player. 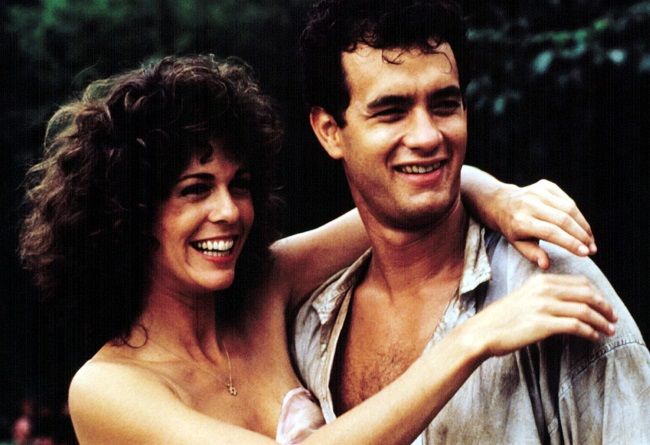 Caption: Rita Wilson with Tom Hanks in the movie Volunteers in 1985. Source: People

Rita Wilson is also an accomplished musician in her own right. Since 2012, she has put out four albums. Among them, three albums feature songs that she wrote herself. Her albums are AM/FM, Rita Wilson, Bigger Picture, and Halfway to Home.

Rita Wilson also performed for President Obama and Michelle Obama. It was at the National Christmas Tree Lighting Ceremony in Washington, DC. She was also the co-host of the event that was organized on 4 December 2014. In the course of her music career, she has also performed her songs on numerous TV shows. Some of them are Today, Ellen, Jimmy Kimmel Live!, The Tonight Show Starring Jimmy Fallon, and The Late Late Show with James Corden.

Rita Wilson has also contributed to journalism. She was a contributing editor to Harper’s Bazaar magazine. She wrote over twenty-one articles for this magazine. Likewise, she was also the Editor at Large of a section on The Huffington Post called Huff/Post50. This section explored issues and topics relative to people over fifty years old. Rita Wilson also wrote for O, The Oprah Magazine. Likewise, Rita Wilson has a net worth estimation of approximately $100 million.

Then in 2018, the Hanks-Wilson couple was honored with the USC Shoah Foundation’s Ambassadors For Humanity award in recognition of their longstanding commitment to humanitarian causes and support of veterans.

Similarly, Rita Wilson and her husband have also made a significant contribution to helping the people who suffered from the Mati Fire in Greece. This earned the couple an offer of Honorary naturalization in Greece from the Greek President Prokopis Pavlopoulos on 27 December 2019. Then in March 2019, Rita also received a star on the Hollywood Walk of Fame.

In the year 2015, Rita Wilson signed an open letter which the ONE Campaign had been collecting signatures for. They addressed the letter to Angela Merkel and Nkosazana Dlamini-Zuma. It was to urge them to focus on women as they serve as the head of the G7 in Germany and the AU in South Africa respectively. These events were meant to set the priorities in development funding before the main UN summit in September 2015. Moreover, the summit aimed to establish new development goals for the generation.

Additionally, for over two decades, Rita Wilson and her husband are honorary co-chairs along with Steven Spielberg and Kate Capshaw of the Women’s Cancer Research Fund (WCRF). This fund specializes in raising money for women’s cancers. Rita Wilson also contributed to the Moffitt Cancer Center by donating “True Hearts” jewelry. This jewelry consists of sterling silver and 14k gold. Likewise, Rita credits Rosie O’Donnell as inspiration for her charitable work, particularly with cancer and children’s charities.

Moreover, both Rita and her husband Tom Hanks have supported The Shakespeare Center of Los Angeles for 25 years. This started back in 1989 when Rita Wilson appeared as Celia in a production of As You Like It. The couple’s annual Simply Shakespeare event raises funds to support programs for underprivileged youth.

Other musicians at this fundraiser include Paul McCartney, Faith Hill, Paul Simon, Tim McGraw, Jackson Browne, Ben Harper, and Reba McEntire among others. Similarly, they also contribute to other charities including AIDS Project Los Angeles.

Rita Wilson is Tom Hanks‘s wife for the last 32 years. They famously have one of the most solid relationships in Hollywood. They tied the knot on 30 April 1988. The couple together has two sons namely Chester Marlon “Chet” Hanks and Truman Theodore.

The lovers met each other in 1981. It was on the set of the TV comedy Bosom Buddies. The pair again united in 1985 on the set of Volunteers. Since Rita is of Greek and Bulgarian descent and a member of the Greek Orthodox Church, Tom Hanks converted to her faith. At present, the family lives in Los Angeles, California, and Ketchum, Idaho. 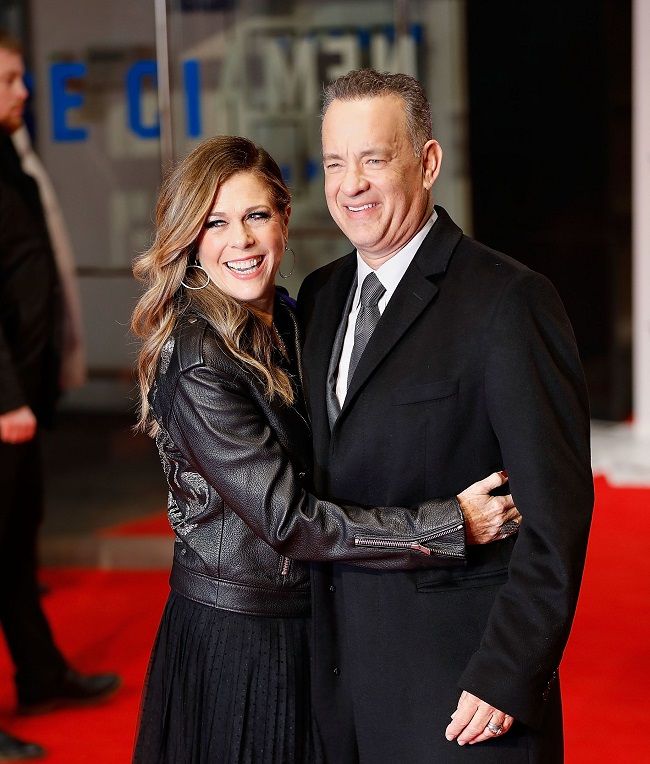 Rita Wilson stands at a height of 5 feet 8 inches and weighs around 72 kgs. Likewise, her chest-waist-hip measures are 34-26-35.5 inches respectively. She has hazel eyes and dark brown hair color.

Talking about her social media presence, Rita Wilson joined Twitter in April 2020 and so far has 472.3k followers. Her Instagram handle boasts 1,643 post shares and 1 million followers while preparing this biography. On her official Facebook page, Wilson has earned 134.5k followers and on her Youtube channel, there are 7.33K subscribers and 1,585,795 views.