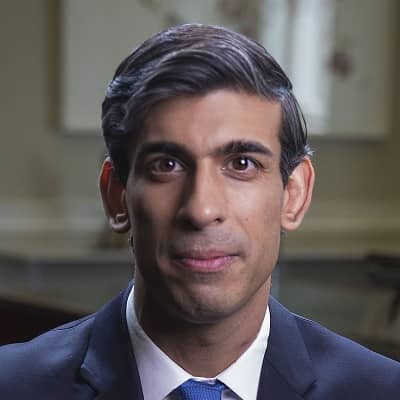 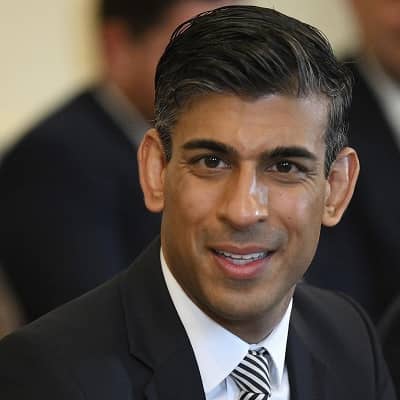 Rishi Sunak is a British politician who has been Prime Minister of the United Kingdom and Conservative Party Leader since October 2022. Rishi Sunak previously served in the Cabinets of Prime Ministers Theresa May and Boris Johnson, most recently as Chancellor of the Exchequer from 2020 to 2022.

Sunak was born in Southampton General Hospital in Southampton, Hampshire, to Hindu parents of Indian Punjabi descent from Southeast Africa, Yashvir and Usha Sunak. His father is a general practitioner in the National Health Service and his mother was a pharmacist.

Sunak has two siblings. His brother, Sanjay Sunak (born 1982), is a psychologist, and his sister, Raakhi Williams (born 1985), works for the United Nations Global Fund for Education in Emergencies in New York.

Sunak is known to be British by nationality and belongs to the Hindu religion and his zodiac sign is Taurus.

Talking about Rishi Sunak’s formal education, he attended Winchester College and studied philosophy, politics, and economics (PPE) at Lincoln College, Oxford. Moreover, he earned an MBA as a Fulbright Scholar from Stanford University.

Sunak was appointed as Parliamentary Under-Secretary of State for Local Government in Theresa May’s second government in the 2018 cabinet reshuffle and voted three times in favor of May’s Brexit withdrawal agreement.

Sunak supported Boris Johnson’s successful bid to become Conservative leader and prime minister after May resigned in 2019, and he appointed Sunak as Chief Secretary to the Treasury in July 2019.

Following the resignation of Sajid Javid, Johnson promoted Sunak to Chancellor of the Exchequer in the 2020 cabinet reshuffle. Sunak was a key figure in the government’s financial response to the COVID-19 pandemic and its economic impact, including the Coronavirus Job Retention and Eat Out to Help Out programs.

Sunak resigned as chancellor and ran in the Conservative Party leadership election in July-September to succeed Johnson, who resigned amid a government crisis. He had received the most votes in each of the series of MP votes, but he was defeated by Liz Truss in the members’ vote.

Sunak ran in the October 2022 Conservative Party leadership election to succeed Truss, who resigned amid another government crisis after serving on the backbenches for the duration of Truss’s premiership.

On October 24, 2022, he was elected unopposed as Conservative leader, and King Charles III appointed him Prime Minister the following day. He is the country’s first British Asian and Hindu prime minister. Sunak took office amid a cost-of-living crisis. 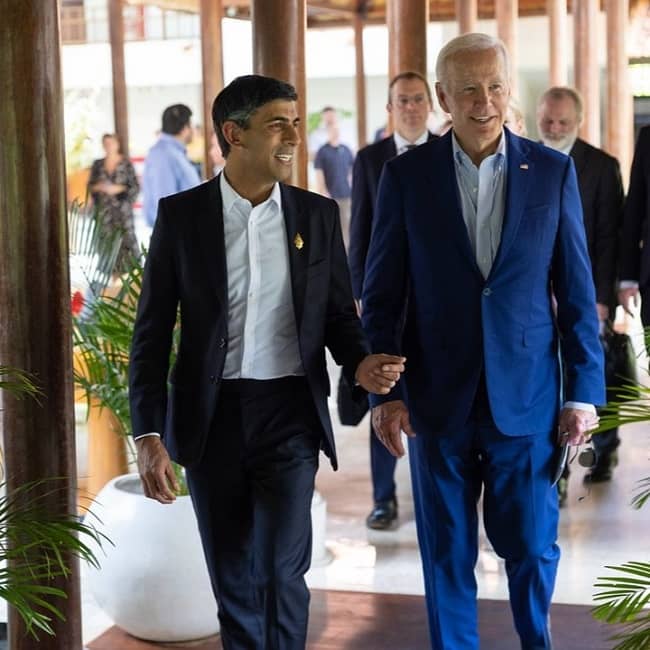 Sunak has not endorsed any brand till now. Also, Sunak has not promoted anything till now and has not been seen in any collaborations with brands. In the coming days, we may see Sunak being associated with some brands and supporting their products. No information is available regarding the other brands Sunak has cooperated with or not.

Sunak has not been an associate or won any kind of award. Similarly, Sunak hasn’t received any prestigious title. Despite being a talented politician, a lot more awards may be on the way for Sunak.

Sunak has an estimated net worth of approximately around $844 million. Most of Sunak’s income sources are from his wife’s fortune which is a 0.93% stake in Infosys. Besides that, Sunak is also a politician and a businessman. Sunak is active in his career and is on the way to raising his net worth in the future.

Moreover, Akshata Murthy is the daughter of N. R. Narayana Murthy, the founder of the technology company Infosys, in which she owns a stake, making her one of Britain’s wealthiest women. The couple together has two daughters, Krishna (born 2011) and Anoushka (born 2013). 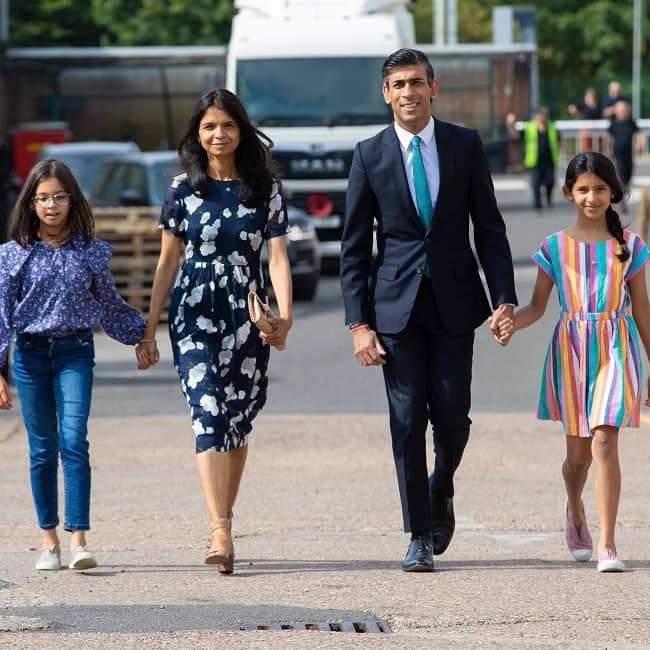 Caption: Rishi Sunak with his wife and children. Source: Instagram

Sunak hasn’t been associated with any sort of rumors or controversies that would hamper his career. Also, Sunak avoids the media and avoids engaging in contentious behavior or situations that can damage his reputation.

Rishi Sunak stands at the height of 5 feet 6 inches tall and weighs 70 kilograms. But Sunak’s exact body measurements are not available.

Similarly, Sunak has beautiful black eyes and grey hair but his dress size and shoe size are not available. Sunak hasn’t inked tattoos on any parts of his body now as of 2022. As Sunak simply doesn’t see the necessity for so much ink. 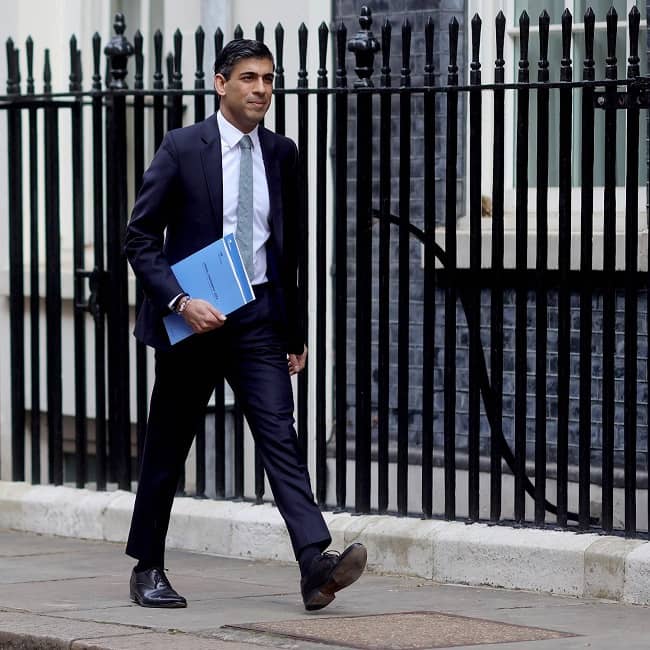 Rishi Sunak is very popular on social media and his fans love him for the positive influence he has on them. Similarly, Sunak is very active on Instagram, where he likes to post snaps of his latest photoshoots.