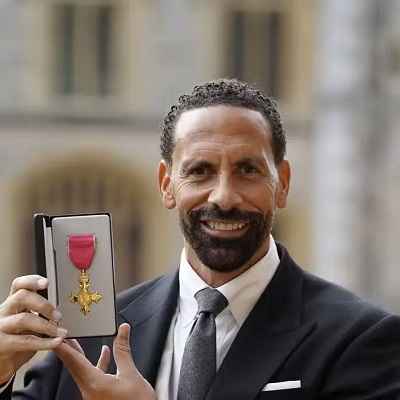 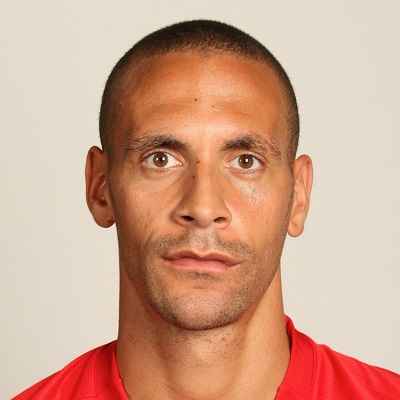 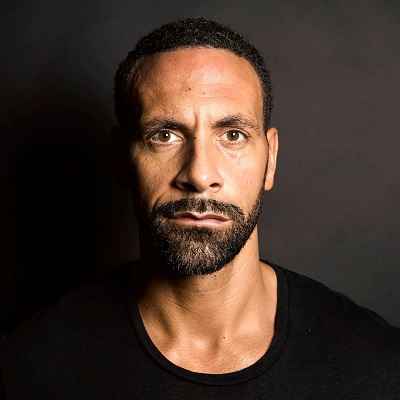 Rio Ferdinand is a famous British former footballer. Rio Ferdinand recently gained recognition for his contribution to football and charity for which he received an OBE from the Prince of Wales in November 2022.

Rio Ferdinand was born on 7 November 1978 and he is currently 44 years old. Born at King’s College Hospital in Camberwell, Rio grew up in Peckham. Similarly, Rio’s zodiac sign is Scorpio and his full name is Rio Gavin Ferdinand.

Talking about his family, his parents are Janice Lavender and Julian Ferdinand. Likewise, Rio’s ethnicity is Irish-Afro-Saint Lucian whereas his nationality is British. Ferdinand’s parents never married and they separated when he was only 14 years old.

Although separated, Rio’s father remained close and took his kids to football training and to local parks. Likewise, he has several siblings and some of them Anton, Jeremiah, Sian St Fort, Remi, Anya, and Chloe. Similarly, Les Ferdinand and Kane Ferdinand are his cousins.

By age 10, this personality was invited to train at the Queen’s Park Rangers academy, and at age 11, Rio won a scholarship to attend the Central School of Ballet in London. Similarly, this personality attended ballet classes for which he traveled to the city center four days a week for four years. 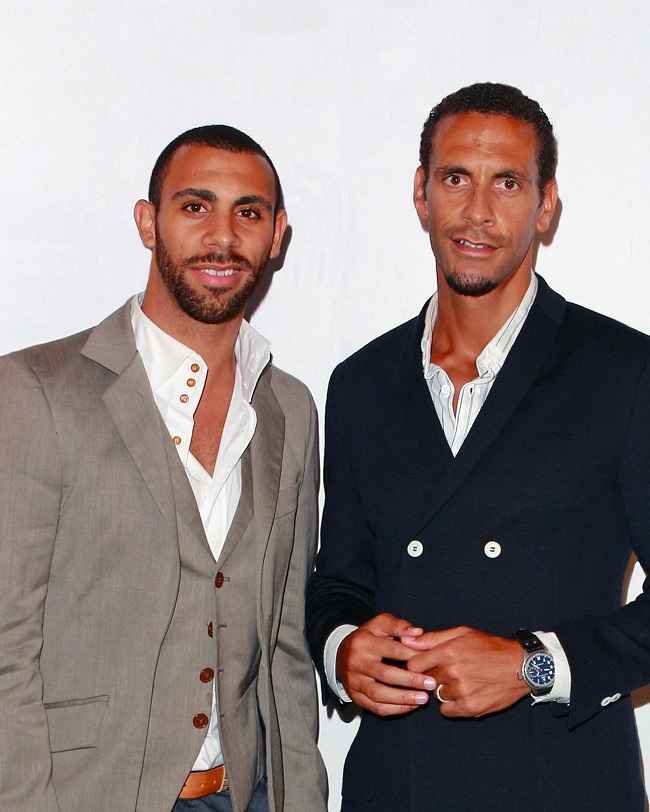 Caption: Rio Ferdinand in a photo with his brother Anton Ferdinand. Source: The Times

Professionally, Rio Ferdinand is a famous former professional footballer. For his services to football and charity, Rio received an OBE from the Prince of Wales on 4 November 2022.

As a player, this personality played as a center-back and is now a TV pundit for BT Sport. Also, this former footballer played 81 times for the England national team between 1997 and 2011. He was also a member of three FIFA World Cup squads.

Further, Rio is one of the most decorated English footballers of all time and is regarded by many as one of England’s greatest-ever players. Talking about the beginning, this personality started his football career playing for various youth teams and later settling at West Ham United. There, Rio progressed through the youth ranks and made his professional Premier League debut in 1996.

Moreover, Rio became a fan favorite and won the Hammer of the Year award the following season. This personality also earned his 1st senior international cap in a match against Cameroon in 1997 and set a record as the youngest defender to play for England at the time.

Similarly, Rio’s achievements and footballing potential attracted Leeds United. Subsequently, this personality transferred to the club for a record-breaking fee of £18 million. Rio then spent two seasons at the club and became the team captain in 2001. Following this, this footballer joined Manchester United in July 2002 for around £30 million. 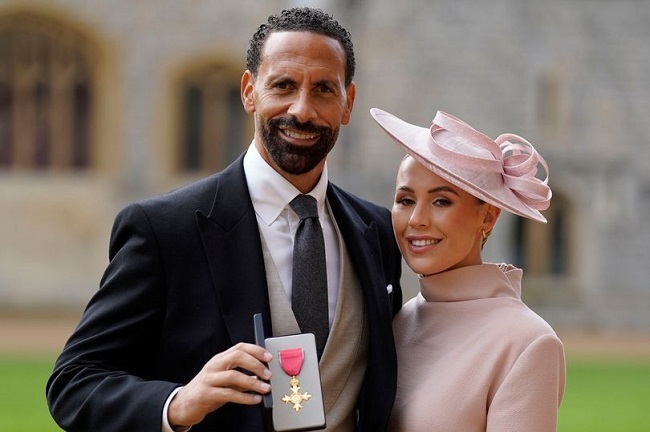 Caption: Rio Ferdinand posing for a photo with his wife after receiving an OBE from the Prince of Wales in November 2022. Source: Getty

Then at Manchester United, this footballer won the Premier League – his 1st major club honor – in a successful first season at the club. Likewise, in September 2003, this personality missed a drug test and was banned from football for 8 months from January until September 2004. This caused Rio to miss half a Premier League season, Manchester United’s FA Cup triumph, as well as the Euro 2004 international competition.

Upon his return, this personality established himself in the Manchester United 1st team and received plaudits for his performances. Likewise, this former footballer also featured in the PFA Team of the Year four times in 5 years.

Rio’s career at United ended when his contract expired in 2014. With United, this former footballer won six Premier League titles and 14 trophies. Subsequently, Rio joined Queens Park Rangers where he played for just one season. He was then released from the club as a result of their relegation from the Premier League.

Moreover, Rio announced his retirement from professional football on 30 May 2015. Then in September 2017, this personality announced his intention to become a professional boxer. It was partly to help him cope with the death of his wife. 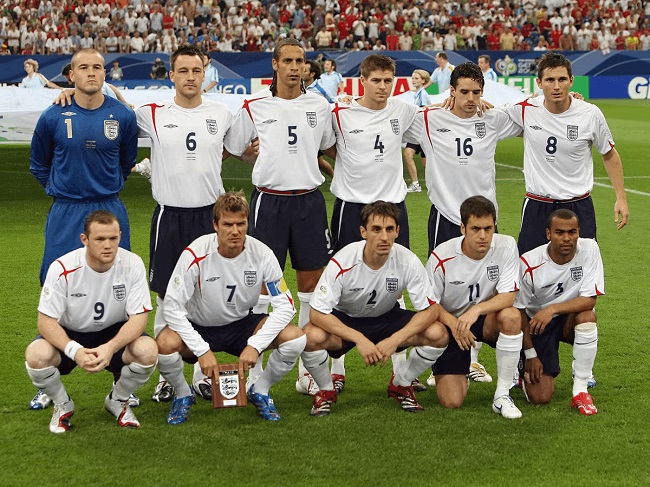 Rio Ferdinand has credited @wearebrave, @neweraingenious, @sportfiveagency, @mrstephenhowson, @applepodcasts, @acast, Nike, @btsport, @ee, and @easportsfifa among many others in his Instagram posts.

Rather than companies, brands, and designers, Rio appreciates, credits, and mentioned platforms and personalities that are related to football and broadcasting.

Rio Ferdinand is married to Kate Wright. With Kate, he tied the knot on 27 September 2019. From this marriage, he is the father of one child named Cree Ferdinand. This lovely couple welcomed their child on 18 December 2020.

Prior to this, Rio was married to his long-time girlfriend Rebecca Ellison. The former couple welcomed their 1st son in 2006. In total, Rio and Rebecca have three children namely Lorenz, Tate, and Tia. With Rebecca, this personality tied the knot in 2009.

Sadly, Rio’s former wife died of breast cancer on 2 May 2015. His memoir of his wife’s illness and subsequent bereavement titled Thinking Out Loud was published in October 2017. For this memoir, he collaborated with writer Decca Aitkenhead. 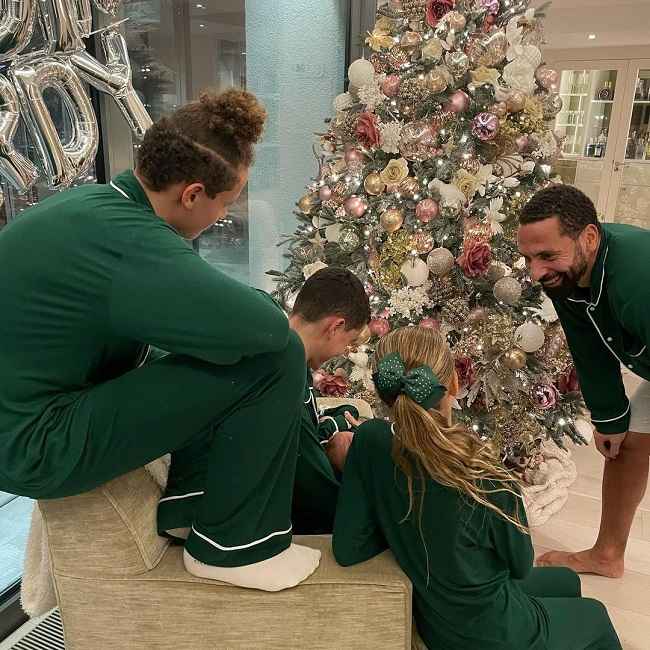 Caption: Rio Ferdinand in a photo with all his children in December 2020. Source: Instagram

Rio Ferdinand stands tall at an approximate height of 1.89 meters or 6 feet 2 inches and his weight is around 185 lbs or 84 kg. Similarly, Rio has dark brown eyes and curly hair of the same color. This former British footballer also usually sports a short beard.

Moreover, Ferdinand has over 9.3 million followers on his Facebook page. On Youtube, he created his “Rio Ferdinand Presents FIVE” channel in April 2009. So far, this channel has over 177.7 million views and 857K subscribers.

Rio Ferdinand has a net worth of around $75 million US dollars as of 2022. Rio makes his earnings through various professional involvements and also contributes greatly to charity through his Rio Ferdinand Foundation.