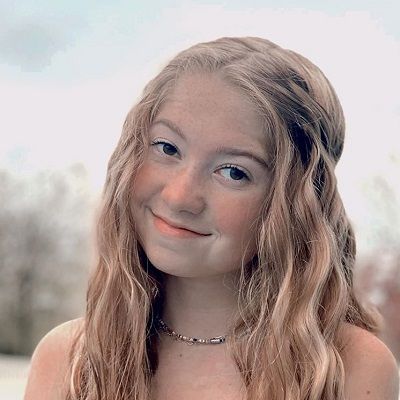 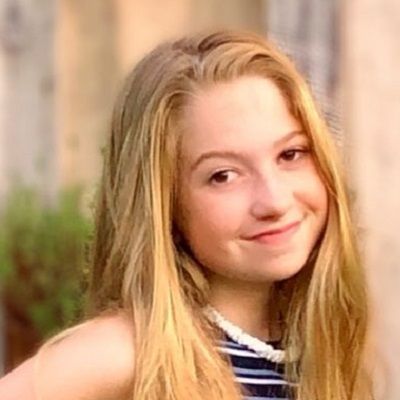 Rilyn Dinyae is an American TikTok as well as an Instagram star. Rilyn Dinyae is also a social media influencer and is famous for her comedic lip-sync videos on TikTok. She also owns an individual Youtube channel where she posts fun videos.

Rilyn Dinyae was born on April 25, 2006, in Pennsylvania, USA. She is 15 years old and is under the birth sign, Taurus. She holds the American nationality.

The name of her parents and information about them is not available at the moment. However, she has a brother and his name is Landin. Other than this, no further information about her family and other family members are available until now. Being a popular social media personality, she likes to keep her personal and family life private. And doesn’t want to talk about it publicly or in front of the limelight. 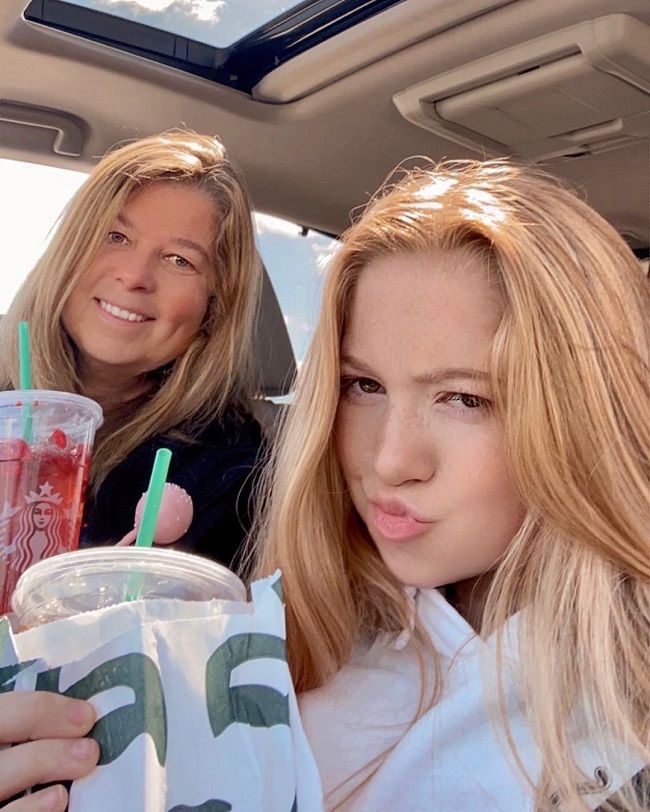 Regarding her educational background and qualification, she currently attends a public school in her hometown.

Rilyn Dinyae has been bullied a lot in the past. There was even a time when she encountered occasional bullies in her school and eventually suffered from anxiety.

Rilyn has a rare medical condition called Wyburn–Mason syndrome. The disease is also known as Bonnet–Dechaume–Blanc syndrome. This is a rare non-hereditary condition. And it mainly affects the retina, the visual pathways, the midbrain, and facial structures. This disease is a rare and complicated disorder.

She has stated that her favorite color is teal. And she has always loved to sport color on her hair since her childhood. Rilyn has been coloring her hair since she was 8 years old. But she mostly chooses pink or blue for her hair and sometimes mixes them together to get the purple color. Likewise, Rilyn sometimes flaunts a beautiful shade of green that looks perfect on her golden lustrous locks. She has also sported a number of hairstyles, ranging from a very short bob to waist-length hair.

Rilyn is not an athlete or a sports enthusiast. She thinks she is a girly-girl who just does not like playing any sports. However, she loves swimming and also has a favorite football team. Dance is her passion. She is trained in various forms of dance, such as tap, hip-hop, and jazz. She has also once performed in an event held at Disneyland. Moreover, Rilyn loves singing as well.

She was a fussy eater when he was a baby and her favorite food is fried chicken wings. She is an ardent animal lover and wishes to become a veterinarian someday. Rilyn has two dogs, a Chihuahua and a Yorkshire Terrier. And also has a cute little goldfish. She has a best friend and her name is Merlin. They met each other during her pre-school years when they both were two years old. Rilyn was obsessed with Hannah Montana as a kid. She even used to introduce herself to people as “Hannah”. She is also an avid traveler and has been to many places, such as Disneyland, Atlantis, and Jamaica.

Rilyn Dinyae has always been very passionate about dancing. She created her TikTok account and began posting videos of her dancing on the platform in order to showcase her talent to the people of the world. She has created quite a sensation ever since she appeared on this app. Her dance videos earned a lot of likes, views, and comments as well.

Initially, Rilyn rose to prominence through her dance videos. Then eventually she began creating lip-sync and comedy videos as well. Also, she has collaborated with other popular musers like Paul Zimmer, Rebecca Zamolo, and Lauren Godwin. Rilyn has created a number of outlandish comedy videos to date. She has earned the title of a verified and “crowned user” now. Moreover, later on, she even made a video for her fans to share her secret behind earning this coveted title.

Rilyn Dinyae owns her own individual Youtube channel under the name “Rilyn Dinyae”. She created the channel on July 28, 2016, and has garnered 841,071 views until now. She uploads videos about fashion, new trends, DIY, travel, makeup, and other random topics as well. Rilyn is a shopaholic. She often buys clothes and accessories from her favorite brand stores. Moreover, she shares her purchases with her fans and followers through her haul videos on her Youtube channel.

Moreover, Rilyn Dinyae is popular on other social media platforms as well like Instagram and Twitter. She connects with her fans through these social accounts as well. She shares very beautiful and eye-catching pictures on Instagram. Rilyn has posted a lot of pictures on her Instagram and all of those posts are very worth-watching. She does not do any brand endorsements as of now, 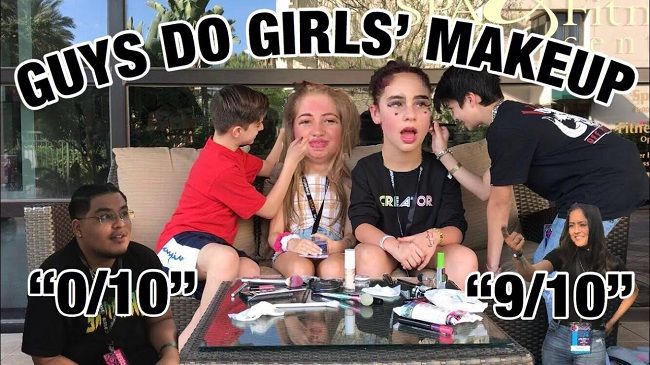 Rilyn Dinyae is pretty much single at the moment. She is still young to begin any kind of romantic relationship with anyone. But we can assume that she has many admirers because of her beauty, personality, and behaviors. She is a beautiful and very good girl. So she would definitely find a person who would love her very much in the future as she is still young for a romantic relationship.

Rilyn Dinyae’s body measurements such as height, weight, chest size, waist size, hip size, and many there sizes are not available at the moment. All of those body measurements are still under review. However, she has blonde hair and brown eyes. Overall, she is a beautiful girl. 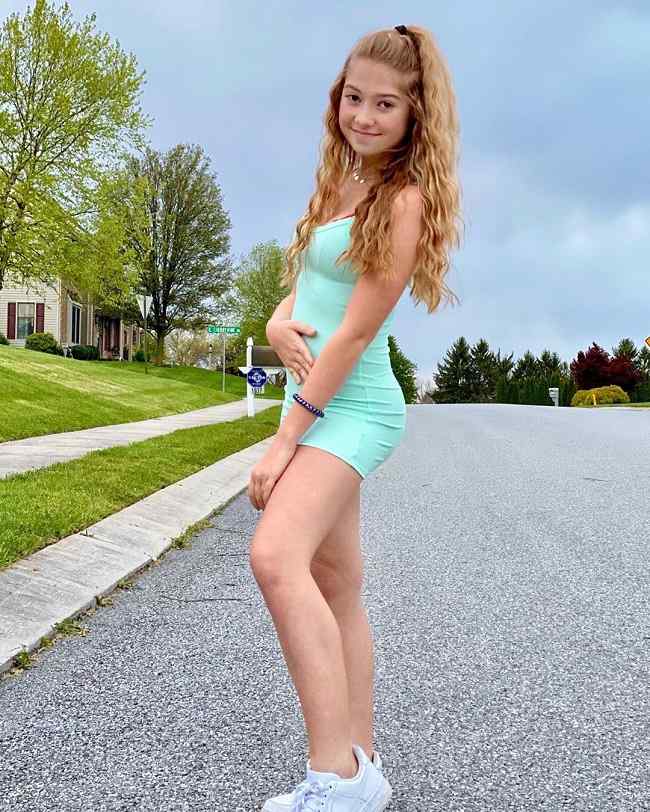 Rilyn Dinyae’s all of the social accounts are handled by her parents. And is pretty much active as well. Likewise, she has garnered 816K followers on TikTok and 12.9K subscribers on Youtube. Moreover, she has mustered 40.9K followers on Instagram and 372 followers on Twitter. Rilyn is also active on Snapchat.

According to trencelebsnow, Rilyn has a net worth of $1 million -$5 million respectively. Her main income source is TikTok and Youtube. Likewise, she also sells her signature collection of hoodies, sweatshirts, mugs, and other merchandise on a website.