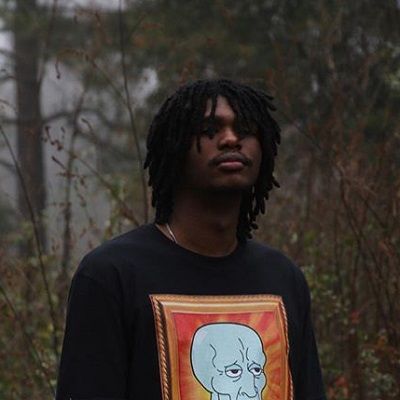 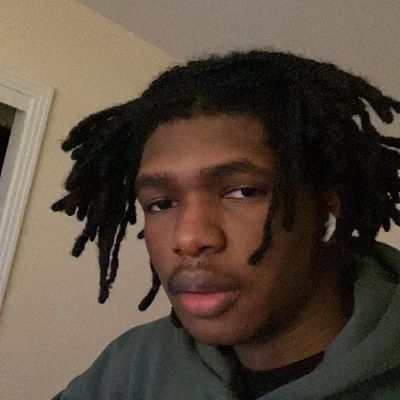 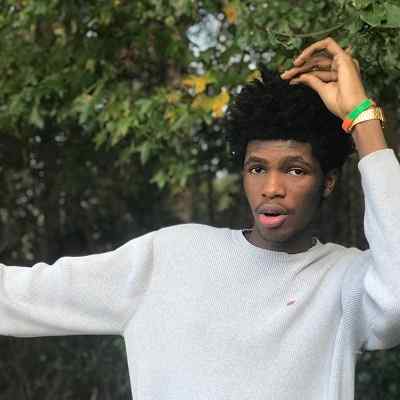 More Facts of Rico The Giant

Rico The Giant is an American social media personality. Rico The Giant is primarily a Youtuber, gamer, streamer, and music producer. He has a personal account on several platforms including Twitch, Twitter, Instagram, SoundCloud, and Youtube among others.

Rico The Giant was born on July 26, 1998, and his age is currently 24 years old. His birth name is Tyrique Joseph and his zodiac sign is Leo.

Likewise, he is a citizen of the USA but has not shared information regarding his birthplace. He has yet to talk about his parents, siblings, and other family details.

Moreover, he graduated high school in May 2017. However, there is no information about his educational journey after high school graduation.

It might be that he enrolled in a bachelor’s level college or took a break from his studies or even discontinued his studies in order to pursue his professional career. 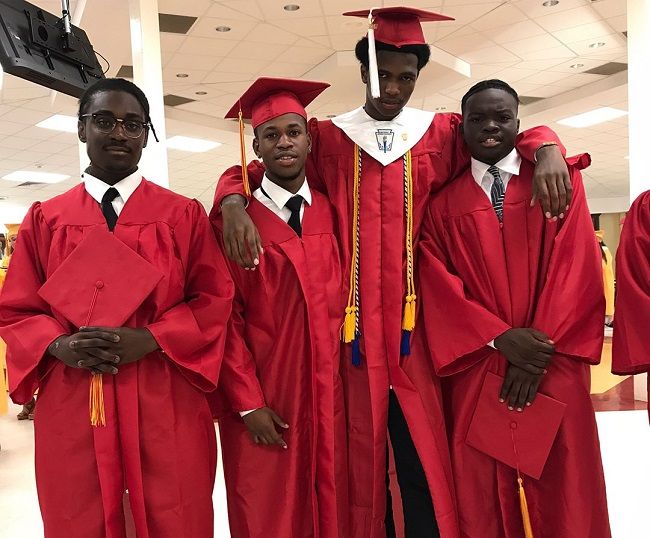 Caption: Rico The Giant posing for a photo with his friends on graduation day in 2017. Source: Instagram

Talking about his social media presence, Rico The Giant joined Twitter in January 2016 and so far has 130.4k followers on his @RicoTheGiant account.

Likewise, he goes by @RicoTheGiant on Instagram and her account boasts 32 posts and 136k followers at the time of writing this biography.

Further, he also created his personal Youtube channel called “Rico The Giant” on January 27, 2016. Since then, he has earned over 27.8 million views and 813k subscribers on his channel.

He is also available on Twitch with over 79.3k followers on his @ricothegiant verified account. 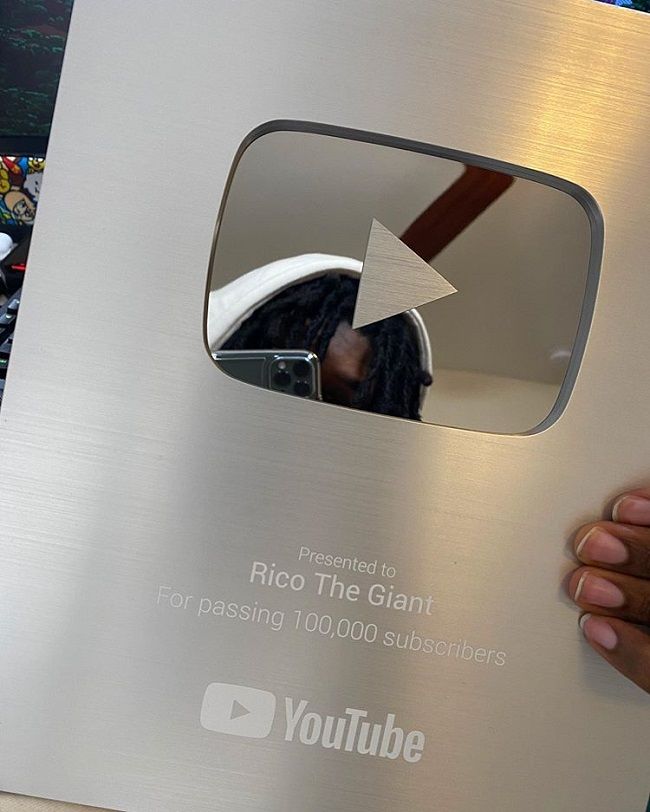 Moving on, he has a net worth estimation of approximately $40k. He mostly earns through his Youtube videos and his channel alone is worth $255,000 dollars.

Likewise, he has published over 140 videos which all together add up to more than 27.8 million views. He creates on average 7 new videos every month earning 163k video views and 1.9k new subscribers every day.

Professionally, Rico, The Giant is a social media personality. He is mainly a Youtube content creator, gamer, and music producer. He is most popular for being the founder of the “Rico The Giant” YouTube channel.

On 22 August 2016, he uploaded his initial YouTube clip titled HOW TO WIN A GUNFIGHT WITH A KNIFE! | Call of Duty: Black Ops 3. This particular video has earned over 8.3k views.

Further, the most-watched video on this channel is TRYING to Be A Good Prisoner In Hard Time 3D... (Prison Simulator) with over 1.1 million views.

Other videos with over 700k views are HIGH SCHOOL ISN’T AS EASY AS I THOUGHT! | School Days (School Simulator) #1, The Most Heavily Guarded House in Thief Sim (So far…), DRUG DEALER SIMULATOR?! For Real?! (#1).

All the above-mentioned videos have views ranging from 700,000 to 1 million. Moreover, one of the first videos to go viral was 2019’s HIGH SCHOOL ISN’T AS EASY AS I THOUGHT! | School Days (School Simulator) #1.

Moreover, he captioned an Instagram photo of Tyler The Creator #legendary in April 2015.

He has shared detailed information about the electronic gadgets he uses for gaming purposes. Further, he shared this valuable information on his Youtube description about his Ironside PC specs. 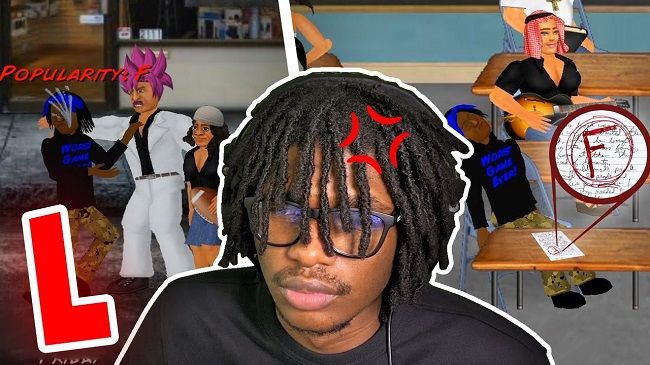 Rico The Giant is most probably single at present. He has not shared much information regarding this issue.

Likewise, he has also not shared any social media posts that might indicate his current relationships or affairs.

Sadly, there is no information regarding Rico’s body measurement details. His height, weight, chest-waist-hip measures, biceps, dress size, shoe size, etc, are all unavailable at the moment.

Similarly, he has dark brown eyes and curly hair of the same color. Moreover, he mostly keeps his hair in a dreadlock style.