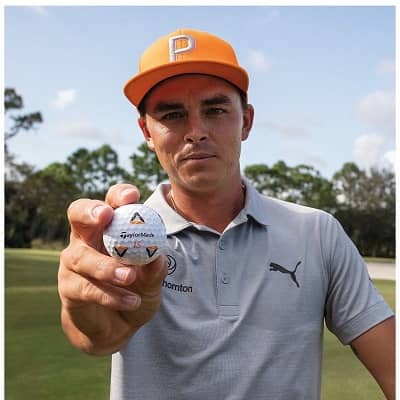 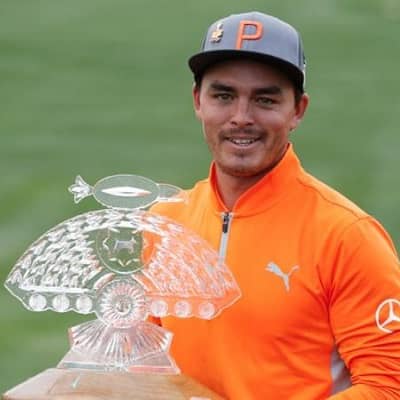 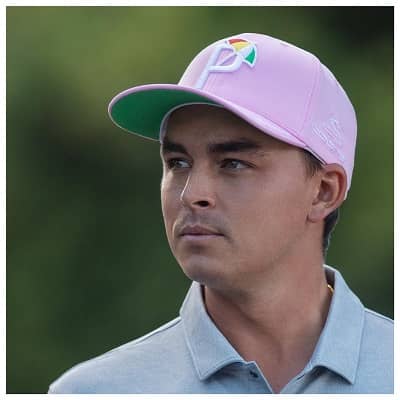 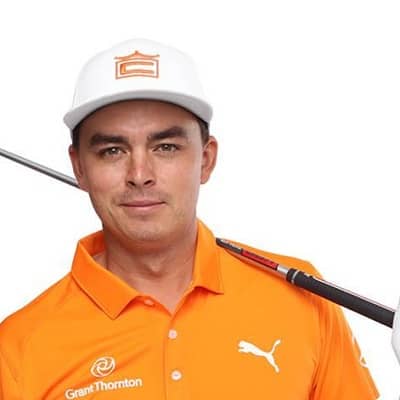 Rickie Fowler was born on December 13, 1988, and his current age is 33 years old. Rickie hails from Murrieta, California, and his zodiac sign is Sagittarius. Likewise, his full name is Rick Yutaka Fowler. Talking about his educational journey, Rickie attended Murrieta Valley High School. For his further studies, Rickie attended Oklahoma State University in Stillwater. In honor of the university he attended, Rickie wears orange on the final day of a golf tournament. 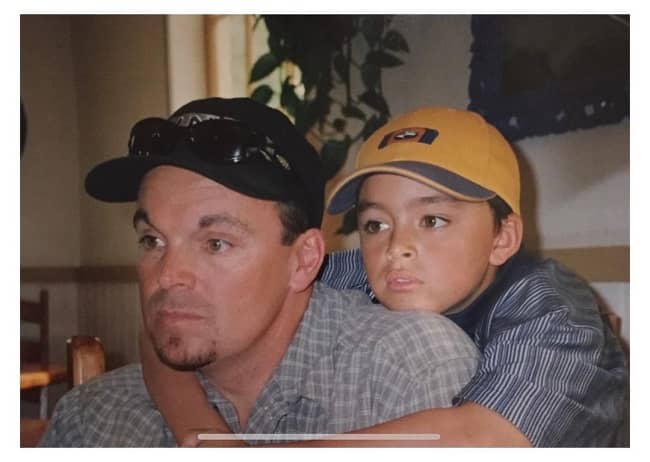 Caption: Rickie Fowler in a childhood photograph with his father. Source: Instagram

Likewise, his parents are father Rod Fowler and mother Lynn Fowler. Talking about his ethnic background, Rickie’s maternal grandfather is Japanese. This is where his middle name “Yutaka” comes from. Further, Rickie’s maternal grandmother is Navajo Native American. Moreover, Rickie resides in Jupiter, Florida. He relocated to Las Vegas following the 2010 season.

Rickie Fowler is professionally a golfer. Rickie plays on the PGA Tour and was the #1 ranked amateur golfer in the world for 36 weeks. It was back in the years 2007 and 2008. Then on January 24, 2016, the young golfer reached a career-high 4th in the Official World Golf Ranking. This was after Rickie’s victory in the Abu Dhabi HSBC Golf Championship.

For years, Rickie played only on a driving range. The successful golfer is almost entirely self-taught. In his high school senior year, Rickie won the SW League Final. Following this, the golfer led his team to the state final in the year 2007.

When he attended Oklahoma State University, Rickie posted his first collegiate victory at the Fighting Illini Invitational. This event was hosted by the University of Illinois on October 1, 2007. Then in the summer of 2005, the successful golfer won the Western Junior and competed in the U.S. Amateur. 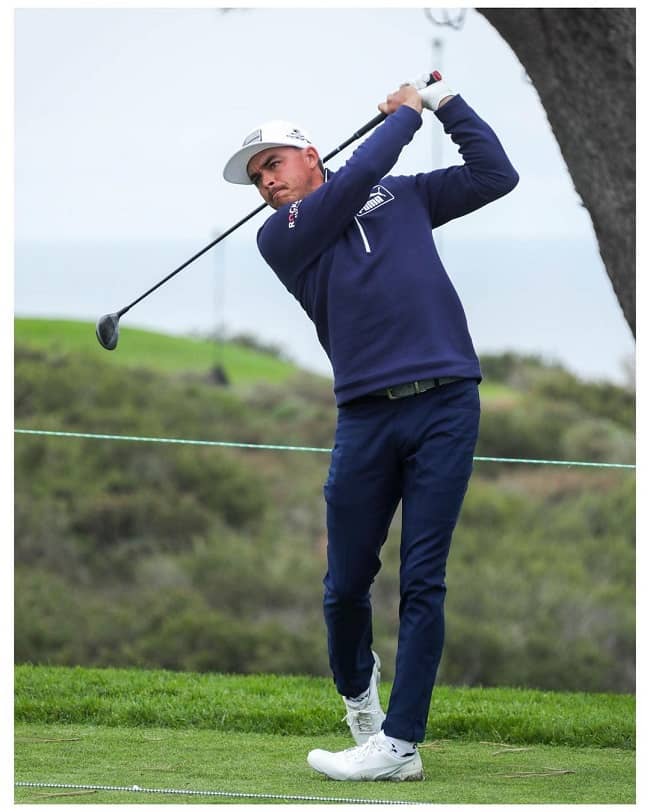 Likewise, the successful golfer represented the United States in its victory. It was at the 2007 Walker Cup. The same year, Rickie won the Sunnehanna Amateur in June as well as the Players Amateur in July. He also won the former champion in the year 2008. The golfer additionally received the 2008 Ben Hogan Award.

Then in the year 2009, Rickie made his second appearance in the Walker Cup. This was also his last appearance. Rickie won all four matches that he played and the U.S. won by a seven-point margin. Rickie’s partner was Bud Cauley in both foursomes matches. The golfer also finished 3rd in the Sunnehanna Amateur this year. 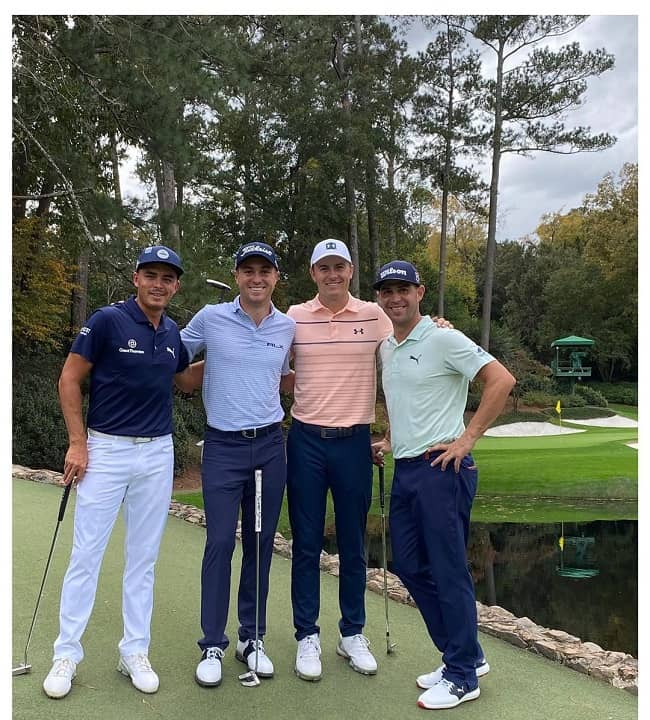 Caption: Rickie Fowler posing for a photo with the fellow golfers. Source: Instagram

Furthermore, Rickie Fowler is one of 4 golfers in the “Golf Boys” group. The others are fellow PGA Tour players Bubba Watson, Ben Crane, and Hunter Mahan. They released a YouTube video of the song Oh Oh Oh. It was on the eve of the 2011 U.S. Open. For every 100,000 views of the video, Farmers Insurance donated $1,000. The proceeds went to support both Farmers and Ben Crane’s charitable initiatives.

Likewise, in the year 2012, Rickie filmed a commercial for Crowne Plaza Hotels. The video was called It’s Good to be Rickie. He filmed this video with golf commentator Ian Baker-Finch. Further, Rickie also featured in an ESPN’s This is SportsCenter commercial. He shot this commercial with sportscaster John Anderson in the year 2013. Then on November 28, 2015, the golfer was the guest picker on ESPN’s College GameDay.

Similarly, in the year 2015, Rickie was announced as an official ambassador for PGA Junior League Golf. It is a program that the PGA of America owns and operates.

The world-famous golf player is also popular for his endorsement activities. He has endorsed top-class brands including TaylorMade, Cobra (Puma), Rocket Mortgage, and Farmers Insurance.

Similarly, Rickie Fowler has a net worth of approximately $40 million US dollars.

Rickie Fowler began dating Allison Stokke in the year 2017. Allison is a track and field amateur athlete. The two had their engagement in June 2018 and tied the knot on 5 October 2019. The couple is expecting a baby daughter in November 2021 as shared on 22 June 2021 via Rickie’s official Instagram account. 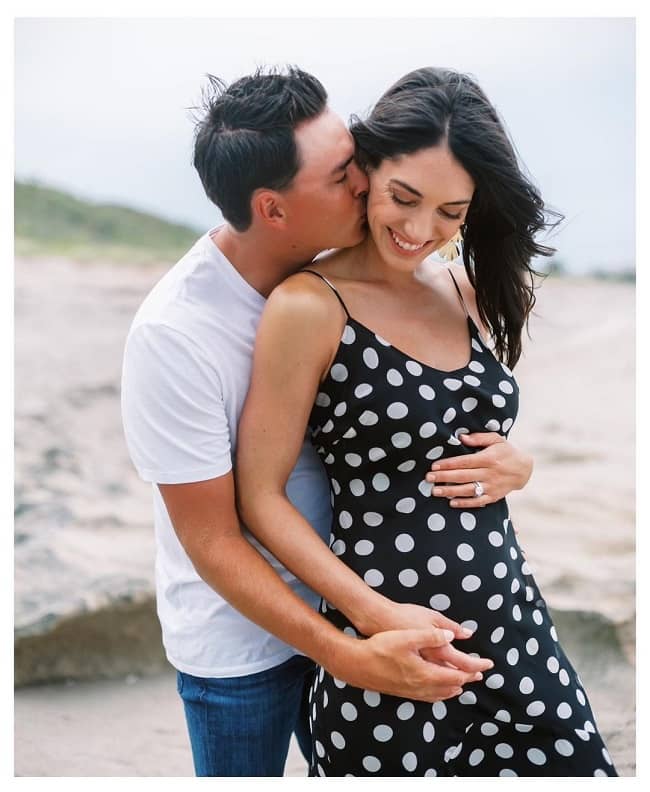 Caption: Rickie Fowler posing for a photo with his wife Allison during the reveal of their pregnancy. Source: Instagram

Rickie Fowler’s height is 1.75 meters or 5 feet 9 inches and his body weight is 150 lbs or 68 kgs. Likewise, the golfer’s chest-waist-biceps size is 41-32-14 inches respectively. Rickie has hazel eyes and brown hair color.

Furthermore, Rickie has at least 6 tattoos. One of them is a block “G” near his left elbow. This is in honor of Georgia Veach. Georgia is the daughter of a Seattle pastor and friend who was diagnosed with lissencephaly. The golfer got this tattoo right before the 2015 Presidents Cup.

His 2nd tattoo is from January 2016. It is the name “Yutaka Tanaka” in Japanese script on his left biceps honoring his maternal grandfather. The golfer’s 3rd tattoo came only weeks after playing at the 2016 Summer Olympics. It is of the Olympic symbols. The successful golfer has smaller tattoos including a capital F at the base of his right wrist, a phrase at the base of his right left wrist, and a cross on his left index finger.