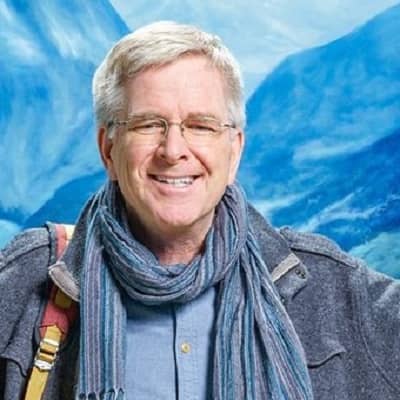 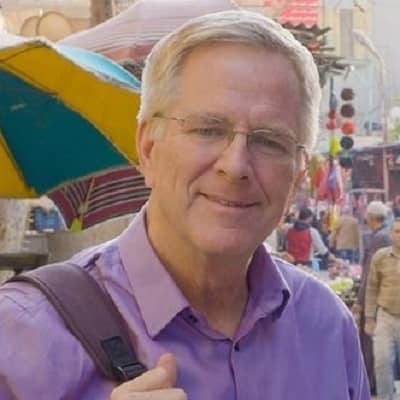 Rick Steves is an American television personality. Likewise, Rick Steves is best known as a travel author. He promotes less popular tourist destinations so that those can gain more tourists as well.

Rick’s full name is Richard John Steves Jr. He was born on May 10, 1955. He is 67 years old. Similarly, he was born in Barstow, California. He was born to parents June Erna Steves (Mother) and Richard John Steves (Father). The travel author grew up with two female siblings of his own. The names of his sisters are Jan and Linda. Moreover, his father had a career in music. He was a high school band director and piano technician. Eventually, he along with his entire family moved to Edmonds, Washington after a few years. 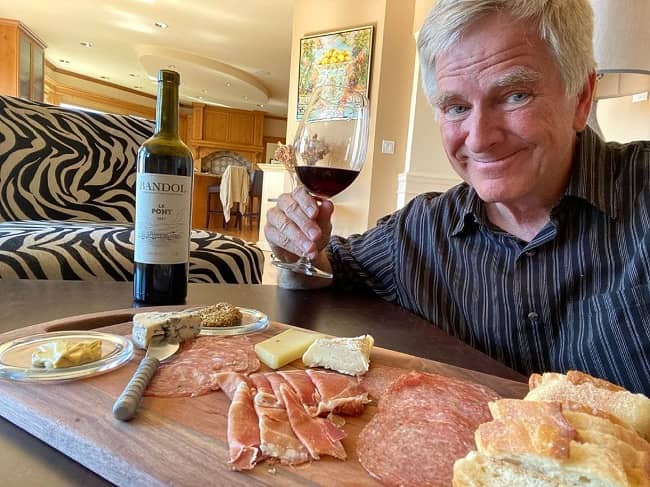 Although the details of his earlier education and qualifications are not available at the moment. However, there is some information about his higher studies. Rick went to the University of Washington where he majored in European history and business administration. He graduated from college in the year 1978.

Initially, Richard took taught travel classes through a student-run program at the university he studied at. Being the hardworking person he was, he also worked as a tour guide during the summer. Likewise, he was also working as a piano teacher. Rick first published a book on his own in the year 1979 which was the first edition of ‘Europe Through the Back Door’. That book provides a basic guide to people who wish to travel to Europe. Similarly, he also started a business of his own which was similar to a travel center and a studio where he gave piano lessons.

Nonetheless, his business did not serve like other travel agencies nor did it entertain any ticket bookings. The main headquarter of his business is in his hometown, Edmonds. Later, in 1991, the travel author came out with his very own television show, ‘Travels in Europe with Rick Steves’. After airing the show for about 7 years the show came to an end in the year 1998. Likewise, he came out with another show, ‘Rick Steves’ Europe’. After launching in September of 2000, the show has 11 seasons so far.

At the present, he is working as an author, host, and producer of a very popular television show. He motivates his readers to visit remote areas of Europe along with well-recognized cities as well. Hundreds and thousands of people have well-received his guidebooks and his television show over the years and have benefited a lot from them. 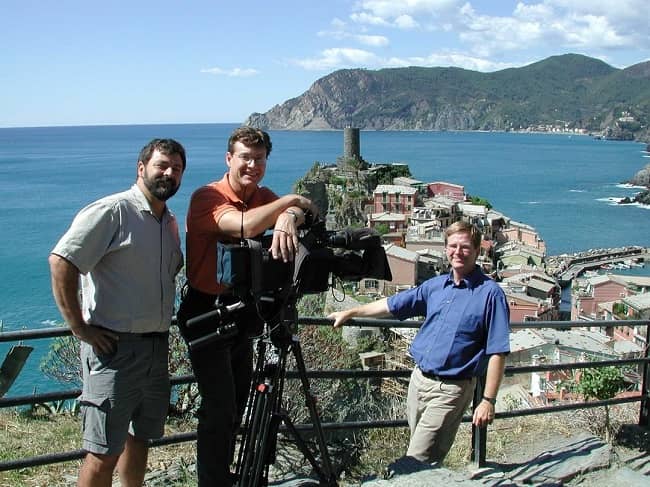 Caption: A photo of Rick with his filming crew. Source: Instagram

Rick has a total net worth of about $10 million at the present. He earns a majority of his income from his television show. Other than that, he also makes money through the books he has published and sold so far. However, he has not disclosed the exact amount of his salary.

Rick was once married to his longtime girlfriend Anne Steves. The couple got married in St. Thomas of Villanova, while the reception was held in Saint David Gold Club. Similarly, they share two beautiful children together.

Their names are Andy Steves and Jackie Steves. Sadly, the couple decided to go their separate ways in the year 2010. Nonetheless, they both love their children dearly. Now, their children are settled and one of them also owns their own travel company. Moreover, Rick is not seeing anyone at the moment.

He is around 6 feet tall and weighs approximately 80 kgs. Similarly, the American author has brown hair and dark brown eyes. Other than these, there are no further details about Steves’ physical measurement. 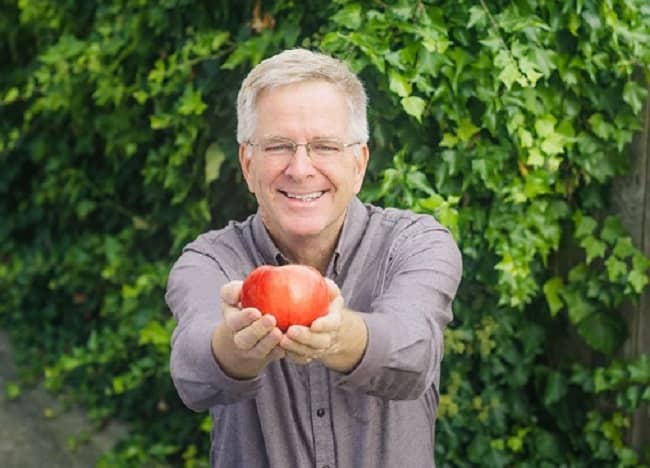 Caption: A photo of Rick posing with a bright smile. Source: Instagram