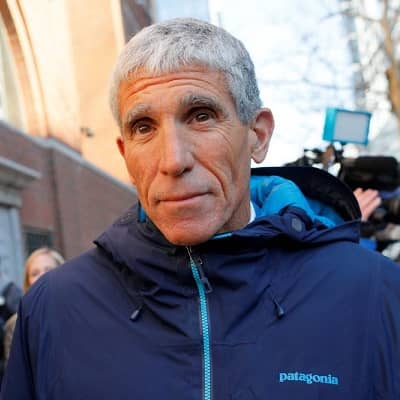 Rick Singer is an American businessman who is also a college recruiter. Rick Singer is involved in the Varsity Blues college admission scandal as a ‘mastermind’.

Rick Singer was born in the year 1960 and he is currently 61 years old. His birthday has not been known yet. He hails from Santa Monica, California, but there is no information regarding his zodiac sign. While growing up, he played sports. For his higher education, he attended Trinity University located in San Antonio, Texas. While at this university, he joined basketball and baseball teams. Moreover, his full name is William Rick Singer. 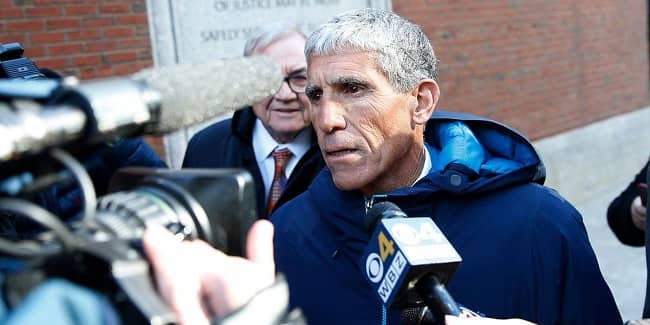 Professionally, he is a businessman. He was charged with four felony charges in 2019 for being the mastermind behind the Varsity Blues college admission scandal. He started his coaching career at Sierra College located near Sacramento, California in the 1980s. This was the place where he initially got into the business of college recruiting.

Back in 1988, Jeff Caraska interviewed him where he revealed that he sold the idea to the parents that he could get their kids to increase the chances of getting a Division I or Division II scholarship. However, he eventually quit his job of coaching and pursued college counseling.

Then in the year 2007, he founded his own company called “The Key.” This company later morphed into a widespread racketeering enterprise though it does appear to have performed some legitimate college counseling services. He basically told the wealthy parents that he was capable of getting their children into elite colleges through “side door” – meaning cheating. 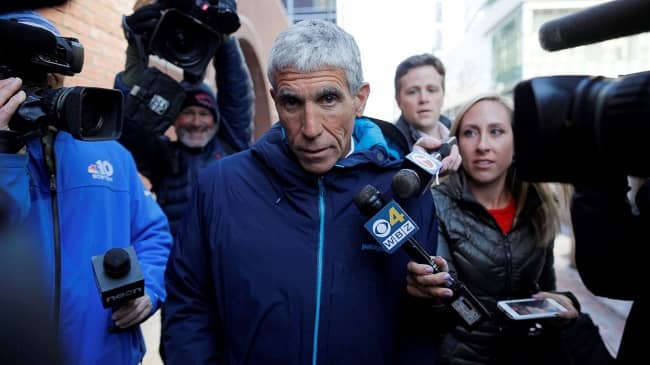 Caption: Rick Singer was being interviewed after his involvement in the scandal. Source: ABC News

Further, in the year 2o11, he began to accept payments of up to $75,000. This payment was to help the teenagers cheat on exams like the ACT and SAT. He bribed test proctors in Los Angeles and Houston to make this happen. Moreover, he helped his clients connect with a psychologist. The psychologist then diagnosed his client (students) with learning disabilities so that they can get more time on tests.

Moreover, he also bribed coaches at schools including Yale, UCLA, Stanford, and USC. These coaches accepted money and reserved spots on their team for his client’s children. However, these students had no plans to actually play the sport.

Additionally, in the year 2012, he established the Key Worldwide Foundation. This foundation billed itself as a charitable organization helping under-served youths. The authorities believe that this foundation was actually a front to launder bribes.

Then in March 2019, he plead guilty to four felony charges. The charges include conspiracy to defraud the U.S., racketeering conspiracy, obstruction of justice, and money laundering conspiracy. However, this personality has not been sentenced yet. It was because he needed to testify at other defendants’ trials. These trials could also potentially influence how long the authorities sentence him. His jail time was one day.

Rick Singer’s relationship status is not disclosed to the public yet. He might be single or married with children. It has not been clear if he had a wife or not. There is no way to confirm it.

Rick Singer stands tall at an approximate height of 5 feet 9 inches and his weight is around 73 kgs. Other than this, this personality’s other body measurement details are unavailable at the moment. Likewise, this businessman has brown and hair of the same color that turned gray with aging.

Rick Singer doesn’t seem to have a personal profile on any social media platforms like Twitter, Instagram, Facebook, etc. Moving in, this personality has a net worth of around $3.5 million US dollars. The Netflix documentary Operation Varsity Blues documents him driving a luxury car in Sacramento. Likewise, this personality swims twice a day at a local tennis club in a Speedo as well as goes to yoga and push-ups in the same location. It is also mentioned in the documentary that he was bragging he will not be going to jail even though he has already pleaded guilty.