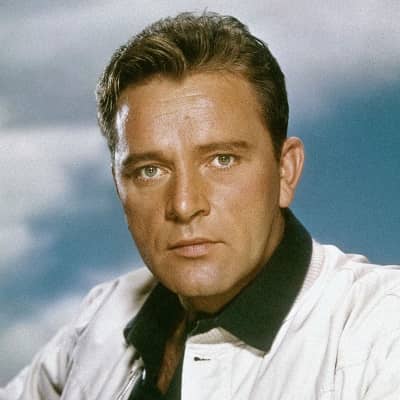 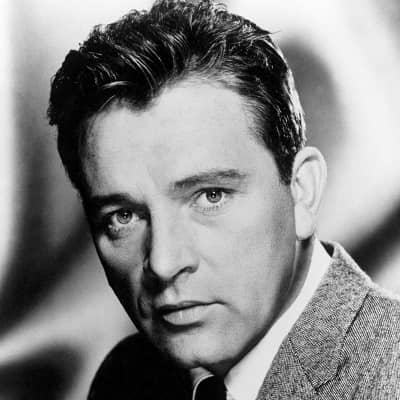 Richard Burton was a Welsh actor who appeared in several films. In addition, Richard Burton had seven Academy Award nominations for films such as The Robe, Becket, and Equus.

Richard Walter Jenkins Jr best known as Richard Burton was born on 10th November 1925, in Pontrhydyfen, Neath Port, Talbot, Wales. He was 58 years old when he passed away and he was a citizen of Wales. As he had a zodiac sign of Scorpio. He was the son of Richard Walter Jenkins (father) and Edith Maude (mother). His father was an alcoholic and gambler who worked as a coal miner. However, his mother died when he was just two years old. Talking about his siblings, he has had 11 siblings altogether. In addition, his sister Cecilia and her husband Elfed looked after him and his other siblings. 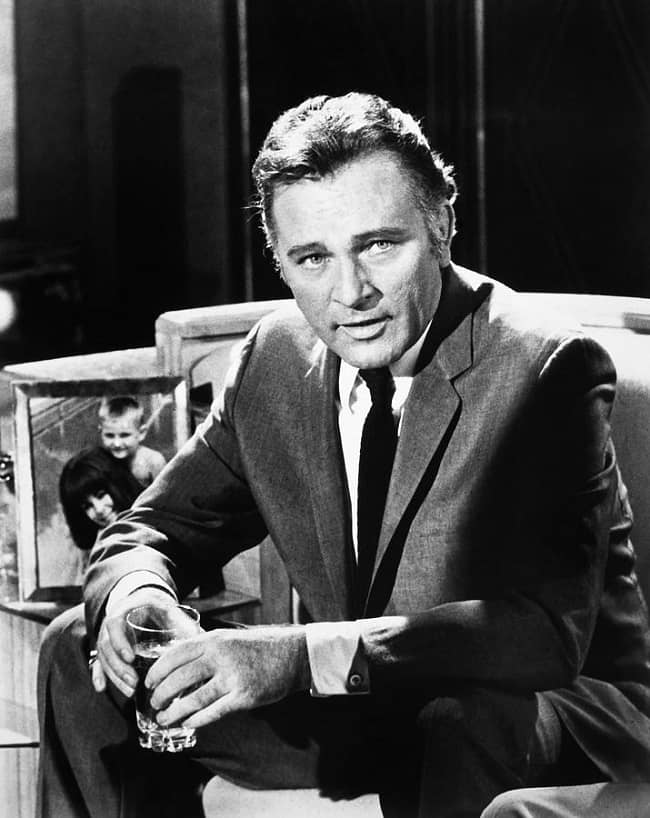 He was an English, Welsh, and rugby player who went to a grammar school. At school, he participated in theater and succeeded at it. ‘The Apple Cart’ was one of the school’s shows, and he won an Eisteddfod medal for theatrical quality. However, he dropped out of his school at the age of 16. He was enrolled in Exeter College, Oxford, at the age of 18.

On 5 August 1984, at the age of 58, he died of an intracerebral hemorrhage at his residence in Céligny, Switzerland, where he was later buried. His health had been declining for some years, and he had been suffering from terrible neck pain. His liver had been swollen since March 1970, and cirrhosis and kidney damage was confirmed in April 1981. 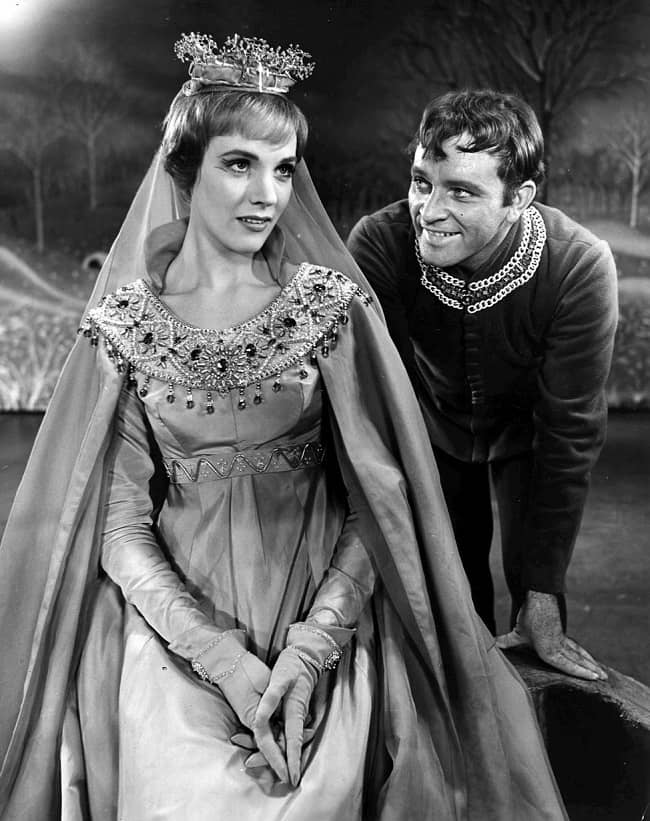 During the war, he worked for the local Co-operative Committee and then became a cadet with the Air Training Corps’ Port Talbot Squadron. Meanwhile, he joined a youth theatrical club, where he learned the basics of acting. His teacher, who was also a member of the Air Training Corps, adopted him, became his guardian, and sent him back to school. He worked with him and assisted him in trying his hand. Moreover, he returned to the military as an air force cadet after six months at Exeter. He then spent almost three years as a navigator in the Royal Air Force. However, he was unable to pursue a career as a pilot due to his poor eyesight.

He left the military in 1947 and began working on his theatrical career by signing up with a theatrical agency. In addition, he made his first feature film, ‘The Last Days of Dolwyn,’ for which he received critical praise.
He worked in both film and stage from 1948 to 1950. Moreover, he appeared in the West End production ‘The Lady’s Not For Burning’, as well as films such as ‘Now Barabbas Was A Robber,’ ‘Waterfront,’ ‘The Woman With No Name,’ and ‘Green Grow the Rushes’. In 1951, he made a name for himself by giving a successful performance in “Henry IV Part I” at Stratford. Additionally, he also played Prince Hal opposite Anthony Quayle in the film. He made his Hollywood debut in 1952, appearing opposite Olivia de Havilland in ‘My Cousin Rachel,’ after signing a 5-year deal with Alexander Korda.

Korda loaned him to 20th Century Fox for this film and James Mason appeared in the film ‘Desert Rats’ in 1953. Furthermore, he played a young English captain during World War II. Moreover, he became good friends with Mason after the movie, and Mason introduced him to the Hollywood crowd. His film ‘The Robe’ was released around the same time. The film was well-received by the audience, it was one of the first CinemaScope films to be released. He gained fame for narrating Dylan Thomas’ “Under Milk Wood” on the radio in 1954, and his voice and oration were praised by critics and audience members. Later, he narrated the film ‘The Valiant Years.’ ‘Prince of Players,’ ‘Alexander the Great,’ ‘The Rains of Ranchipur,’ and ‘Sea Wife’ were among his films between 1955 and 1957.

None of these films went well on the big screen, and he received a lot of criticism for them. In 1958, he appeared in the film adaptation of John Osborne’s play ‘Look Back in Anger,’ directed by Tony Richardson. It failed at the box office, as did his later films, ‘The Bramble Bush’ and ‘Ice Palace.’

In addition to movies, he did theater and Broadway from 1955 until 1960. Additionally, he portrayed the iconic parts of ‘Coriolanus,’ ‘Lago,’ and ‘Othello’ at the Old Vic theater. He also performed in musicals including ‘Time Remembered,’ ‘Camelot,’ and ‘My Fair Lady’. In 1963, he directed ‘Cleopatra,’ a 20th Century-Fox production that was at the time the most costly film ever made. In Hollywood, he became a success story once more. He also starred in the film ‘The VIPs’. He performed ‘Hamlet’ on Broadway at the Lunt-Fontanne Theatre in 1964. Moreover, it is the longest-running theatre on Broadway, with 136 performances. Furthermore, he won a Tony Award for his outstanding performance in Hamlet.

The Night of the Iguana is based on Tennessee Williams’ play of the same name released in 1964. Around the same time, he did ‘The Spy Who Came in from the Cold’. In 1965, he co-starred with his new second wife, actress Elizabeth Taylor, in the film “The Sandpiper”. They worked together again the following year on ‘Who’s Afraid of Virginia Woolf?’ a cinematic version of Edward Albee’s play. He appeared in films such as ‘The Taming of the Shew,’ ‘The Comedians,’ ‘Boom!,’ ‘Doctor Faustus,’ and ‘Staircase’ between 1967 and 1969. He also worked on major motion pictures including Clint Eastwood’s “Where Eagles Dare” and “Anne of the Thousand Days”.

For financial reasons, he performed in average films like ‘Bluebeard,’ ‘Hammersmith Is Out,’ ‘The Klansman,’ ‘Exorcist II The Heretic,’ and so on from 1972 to 1977. He also adapted his Broadway play ‘Equus’ into a film. Jeff Wayne’s musical adaptation of ‘The War of the Worlds’ had him as the narrator. He also directed pictures like ‘The Wild Geese,’ which was a box office hit all over the world, and ‘The Medusa Touch,’ which earned positive reviews.
From 1980 to 1984, he appeared in films such as ‘Circle of Two,’ ‘Wagner,’ ‘Nineteen Eighty-Four,’ and others. In addition, he starred in the American miniseries “Ellis Island”. It was his final television appearance.

For his work in cinema, Broadway, and television, he garnered numerous awards and nominations. He won two Golden Globes for his films ‘My Cousin Rachel’ and ‘Equus’. In addition, for ‘Who’s Afraid of Virginia Woolf,’ he won a BAFTA. For his enormous theatrical performances, he received two Tony Awards–one for the musical ‘Camelot’ and the other for Special Award–for his epic theatrical performances. For ‘The Little Prince,’ he also earned a Grammy Award for Best Children’s Recording.

As an actor and a former military person, he had earned a decent sum of money in his career. Moreover, at the time of his death, he has an estimated net worth of around $4.58 million.

Talking about his marital relationship, he had married five times, twice with Talyor. He married Sybil Williams from 1949 to 1963, and they had two daughters, Kate and Jessica Burton. After that, he married his co-star Elizabeth Taylor in 1964. Both of them were married twice, once in Montreal, Canada, and once in Botswana. Their relationship was often a topic of conversation in the media. 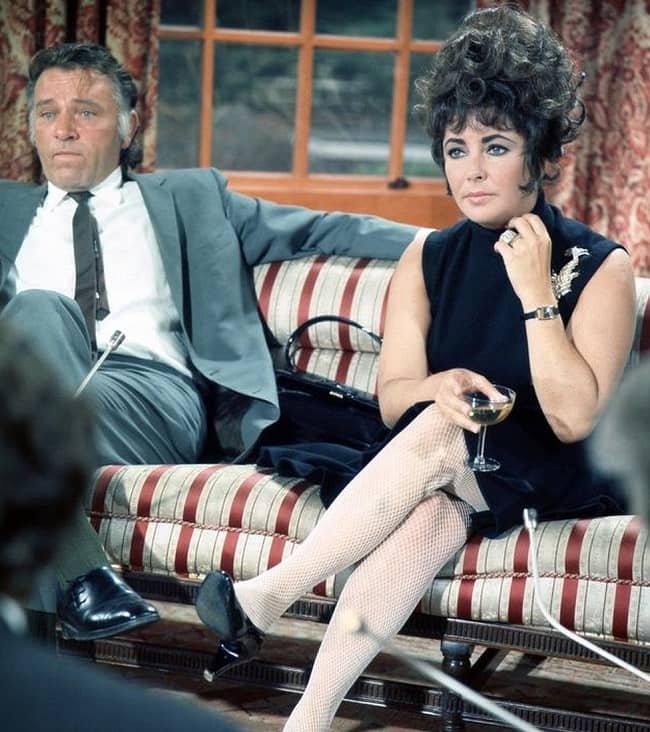 He married model Suzy Miller (who previously married Formula One Champion James Hunt) in 1976, shortly after his divorce from Elizabeth Taylor, but they separated six years later. He then married Sally Hay, a make-up artist, from 1983 until his death. To get away from the high taxes, he moved to Switzerland with her.

He was 5 feet 9 inches tall and weighs around 72 kg and had dark brown hair and green eyes in color. Besides that, there is no more information regarding Burton’s other body measurements.