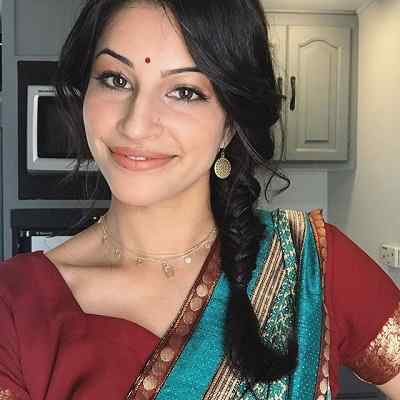 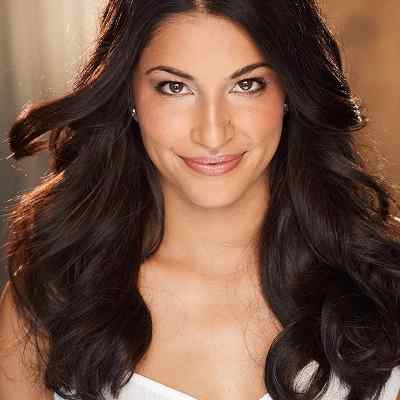 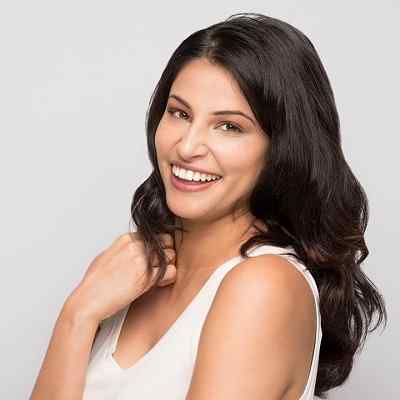 Richa Moorjani is an Indian-American Television actress predominantly recognized for her work on the original Netflix series “Never Have I Ever”. Richa Moorjani portrayed the character Kamala on the show. Likewise, she is also a dancer and has a deep connection to their culture.

Richa Moorjan was born in California, USA, on May 26, 1989. She is 32 years old and is under the birth sign, Gemini. She holds the American nationality. However, her ethnicity is Indian-American.

And doesn’t want to talk about her parents in front of the public or in the limelight. However, it is known that both of her parents are musicians and performing artists. Regarding her educational background and qualification, the name of the school and the university that she attended is not available at the moment.

Considering her age, she must have graduated from both the high school and the university. Moreover, in the year 2006, she was selected with her high school play to perform at the Edinburgh Fringe Festival in Scotland.

Richa Moorjani grew up in California. She practiced ballet and Kathak as a child. And, her family managed a Bollywood music band. Likewise, she has played a guest role in several television shows including “The Mindy Project”, “NCIS: Los Angeles”, and “9-1-1”.  Moreover, her family’s passion for the arts and deep connection to their rich culture sparked her desire to become an actor.

When she was five years old, Richa started training in dance such as Indian Classical, Kathak, Bollywood, hip-hop, and jazz as well. Then, soon after that, she began doing school and the local community plays. Then, in the year  2006, she was even selected with her high school play to perform at the Edinburgh Fringe Festival in Scotland.

And, after receiving her BA Degree with a minor in Theatre and Dance at U.C. Davis, Richa moved to Los Angeles, California. Because she wanted to pursue a career in acting in TV and Film. Since then, Richa has appeared on numerous TV shows, such as “The Mindy Project” (HULU), “NCIS: LA” (CBS), and “9-1-1” (FOX). Also, she has appeared in a few Indian and crossover films such as “For Here or To Go?” and “X- Past is Present”.

Moreover, Richa has also received global recognition for work as a dancer and actress. Also, she received the “Global Indian Achiever Award” from Power Brands Hall of Fame. Likewise, she has also done voice-over work for major projects including Season 3 of “Mickey Mouse Mixed-up Adventures” (Disney Jr.) and the interactive project “Fallout 76”.

Furthermore, Richa strives to be a part of projects that give a voice to the South Asian Diaspora. It shed a light on the experiences of marginalized and often overlooked communities.

Never Have I Ever

Richa Moorjanu appeared in the Netflix series “Never Have I Ever” in the year 2020. She portrayed a lead role in this series. It was also co-directed by Kaling. Richa plays the main character’s cousin whose name is Kamala, in the series. Moreover, she auditioned for Never Have I Ever through an open casting call.

Richa was very much appreciated for her acting in the series. Also, she portrayed her role very well. Everyone loved her acting. Also, the series was a hit and many viewers loved it. 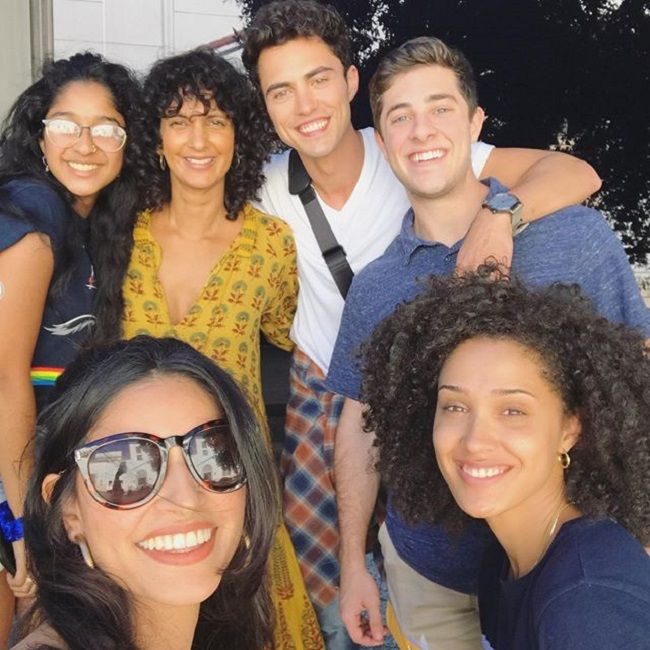 Caption: Richa Moorjani along with the co-actors of the series “Never Have I Ever” (Source: Instagram)

Richa Moorjani is married to the guy whose name is Bharat Rishi Moorjani. They met each other through a dating app that is specially designed for South Asian singles in America. Her husband is a finance professional. They dated for a year and then tied the knot. They share a lot of cute and adorable pictures on their social accounts. Also, it seems like they are very happy to be with each other and love each other to a very extent. 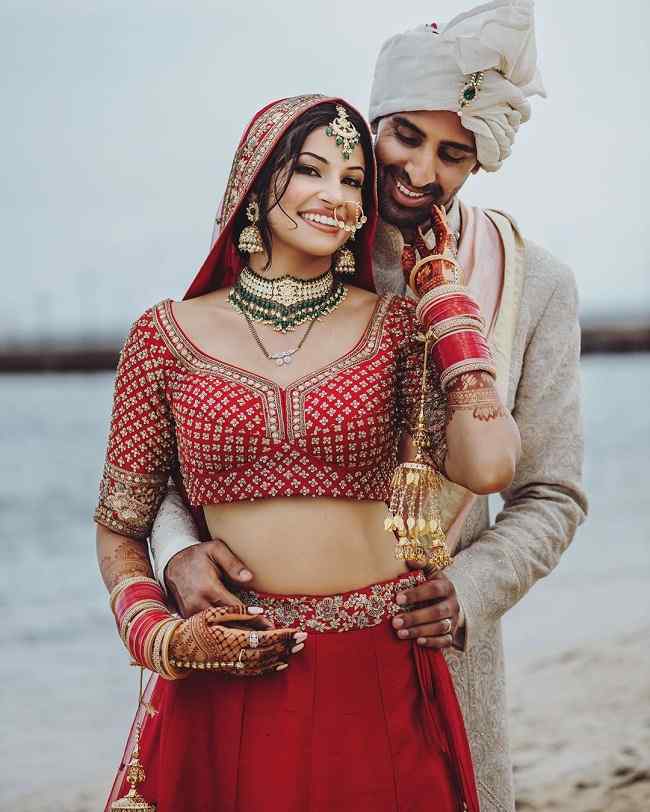 Richa has a height of 5 feet 5 inches whereas her weight is 57Kg. Her other body measurements such as chest size, waist size, and hip size are 32-2-35 inches respectively. Likewise, she has got a lean body and a very beautiful and attractive face. Moreover, she has got black hair and dark brown eyes. 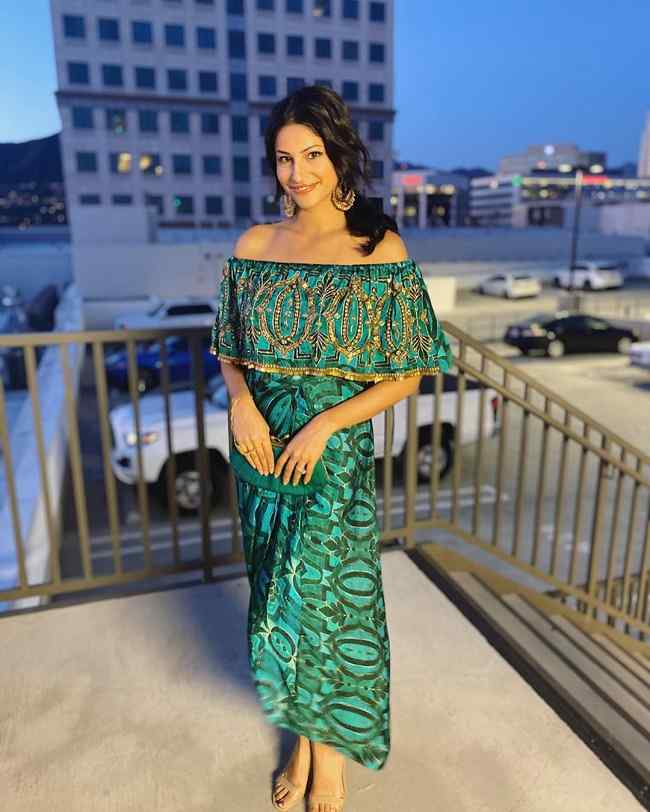 Talking about her income, she has an approximated net worth of $10K-$100K. She mainly earns through her acting career.