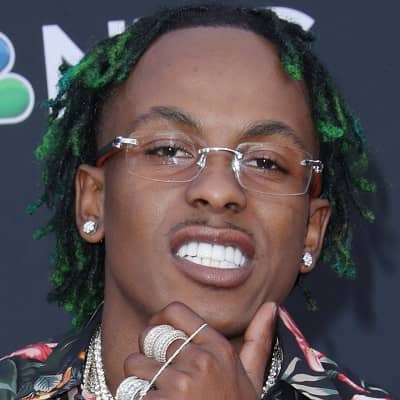 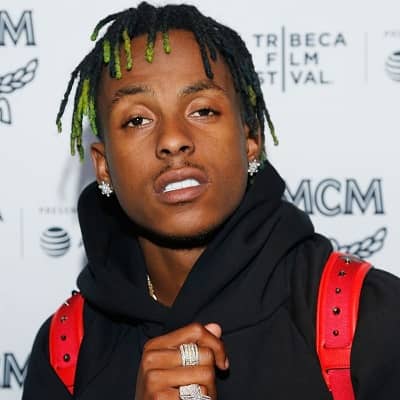 More Facts of Rich The Kid

Rich the Kid is an American rapper, songwriter, singer, and record producer who was born Dimitri Leslie Roger. To date, Rich The Kid has released one studio album, three songs, seven mixtapes, and eleven collaboration mixtapes. His most well-known work so far is his 2018 album The World Is Yours. Interscope Records currently signed him under their label.

Rich the Kid was born on July 13, 1992, in Queens, New York City, USA as Dimitri Leslie Roger. As of now, he is 28 years old. He is of Haitian descent and spoke Haitian Creole as a child. After his parents divorced, he moved with his mother to Woodstock, Georgia, near Atlanta, where he was raised entirely by her. Moreover, Rich holds American nationality and he is of African-American descent. Aside from that, there is no additional detail about Rich the Kid’s birthplace, parents, siblings, or early childhood life. Considering Rich’s popularity, we can believe that he was well-raised by his mother in his hometown.

Rich the Kid attended New York’s Elmont Memorial Junior and Senior High Schools. He grew up listening to a variety of musical styles and aspired to be a singer one day. Rich went under the stage name Black Boy the Kid as a youth. He later changed his mind and adopted the nickname Rich the Kid.

Rich the Kid released his first solo mixtape, Been About the Benjamins, in 2013. Later that year, he collaborated with Migos on the Streets On Lock mixtape collection. He released two solo mixtapes in 2014, Feels Good 2 Be Rich and Rich Than Famous, which featured artists such as Rockie Fresh, Yo Gotti, Young Thug, Kirko Bangz, and RiFF RaFF. During the same year, the singer also released the single On My Way and the collaboration mixtape Solid Foundation with Quality Control.

In 2015, he released ‘Still On Lock,’ a collaboration mixtape with Migos. In August of that year, he launched a 14-track album called ‘Flexxin on Purpose,’ which featured collaborations with Ty Dolla $ign, Young Dolph, Fetty Wap, Peewee Longway, and 2 Chainz. On November 26, 2015, the rapper collaborated with iLoveMakonnen and released the mixtape Whip It. Rich the Kid then launched a mixtape called ‘Dabbin’ Fever’ on Christmas Eve.

Rich the Kid launched his own record label, Rich Forever Music, in March 2016. The label’s first release was a 15-track compilation titled ‘Rich Forever Music,’ which featured Offset, Lil Yachty, OG Maco, and Skippa Da Flippa. On June 9, 2017, he revealed publicly that he had signed with Interscope Records. Later that month, he released ‘Rich Forever 3′, a compilation mixtape. On September 26, 2017, the rapper dropped his next hit, “New Freezer.” Rich the Kid signed his first female artist, Airionna Lynch, to his record label in July 2018. The next year, he sang on Jax Jones and Mabel’s non-album song Ring Ring.

On March 30, 2018, Rich the Kid released his debut studio album, titled The World Is Yours.  The album’s lead single, New Freezer, peaked at #20 on the US R&B/HH chart and went platinum. His single Plug Walk was a big hit, peaking at #8 on the US R&B/HH chart. This album was later certified double platinum by the RIAA, as well as gold by ARIA and RMNZ. 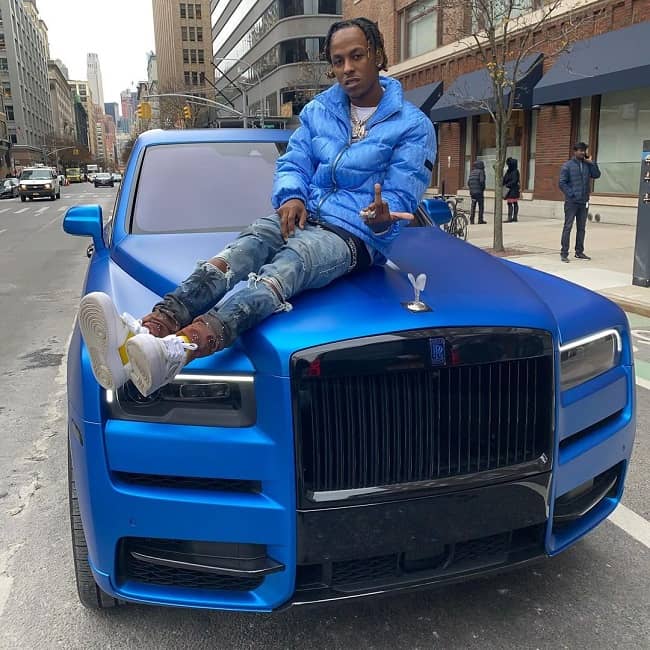 Rich the Kid has one platinum and double-platinum record in the RIAA, as well as gold records in the ARIA and RMNZ. When it comes to Rich’s awards and nominations, he hasn’t won them yet. Furthermore, based on Rich’s popularity and fan base, we can assume that he will receive some of them in the coming years.

Rich The Kid is a $10 million net worth rapper, singer, songwriter, and record producer. 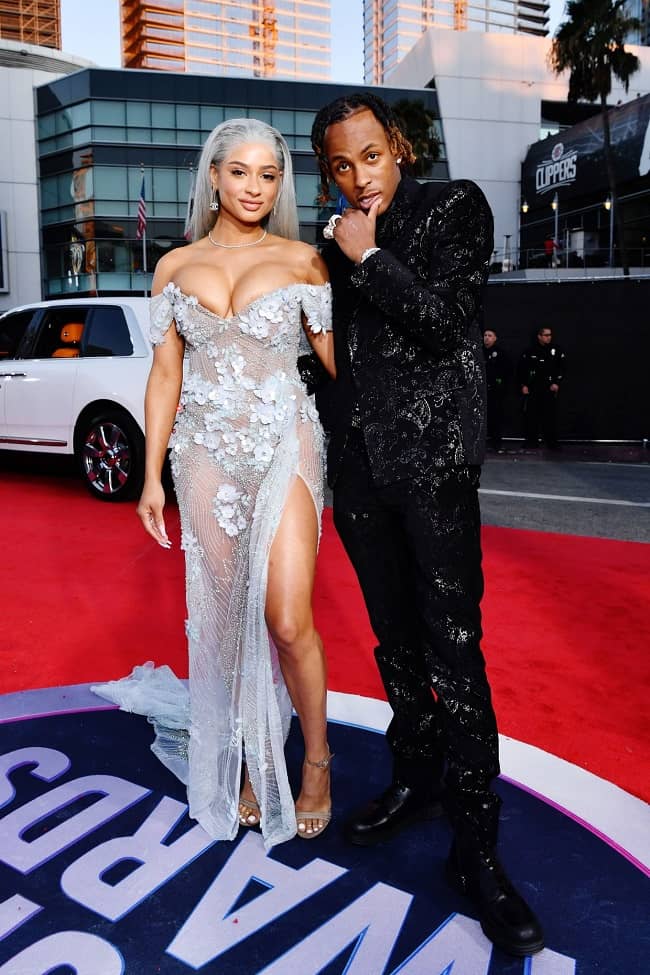 Rich the Kid married Antonette Willis, with whom he has two children. Willis applied for divorce in March 2018, claiming full physical custody and granting Rich The Kid visitation rights and shared legal custody. Willis is still attempting to obtain spousal support. She had accused him of cheating on her with Blac Chyna and India Love not long after. Willis later said that Rich the Kid abused her and routinely forced her to have abortions. Rich the Kid started dating Tori Hughes soon after his divorce was finalized. Rich the Kid was hospitalized on June 15, 2018, after a home invasion at Hughes’ house. A police report stated that several men entered Hughes’ home with weapons and demanded money. When Rich The Kid confronted them, he was beaten, and the men fled with huge sums of money and jewelry.

The feud between Rich the Kid and Lil Uzi Vert began on the social networking platform Twitter when the former tweeted to the latter about giving him a spot in his label Rich Forever Music. Rich The Kid was robbed and shot outside the Westlake Recording Studio in West Hollywood, California, in February 2019. 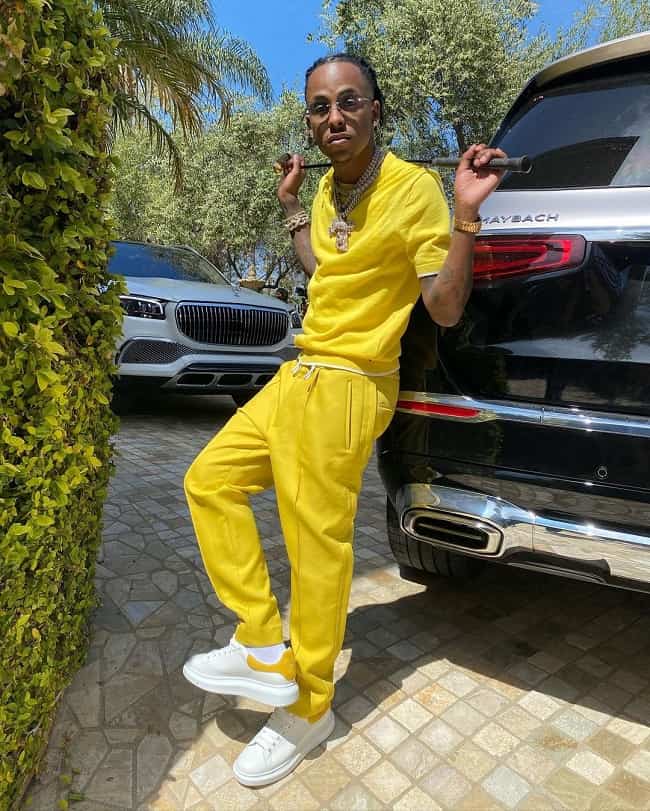 Dimitri Roger has black dreadlocks and black eyes. Rich the Kid stands 5 feet 10 inches tall and weighs 67 kg. He is a skinny man who decorates himself with rings, bracelets, and chains. He has tattoos all over his body, including his chest and arms.