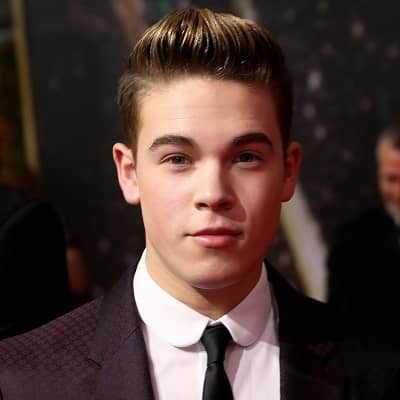 Ricardo Hurtado was born on August 22, 1999, in Miami, Florida. He is currently 22 years old. He holds American nationality with the birth sign Leo and his ethnicity is unknown. Concerning his early life, he grew up in Atlanta, Georgia. His father’s name is  Ricardo Hurtado Sr who is a singer and musician. His father is currently in the Argentine tango group Athens Tango Project. Moreover, his mother’s name is Ofelia Ramirez. However, information about his educational background is not available at the moment. since early life, he loves music, swimming, watching Netflix, and playing video games. 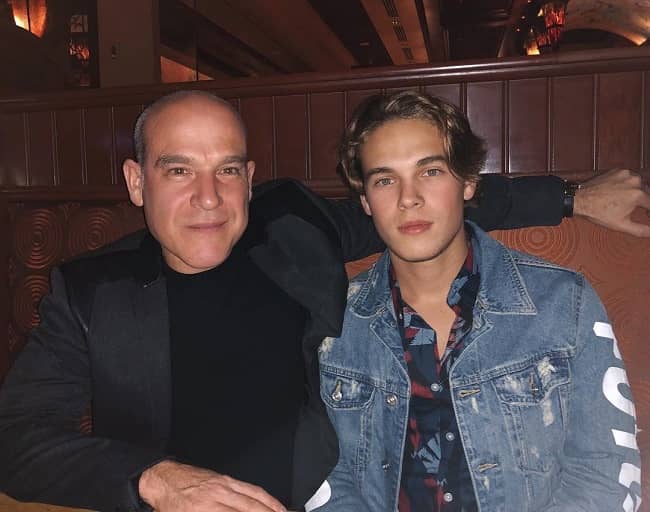 Caption: Ricardo Hurtado with his father posing for a photo (Source: Instagram)

Ricardo Hurtado started his career in the entertainment field at the age of 13. he was the first cast in the school’s production of ‘Seussical, the Musical’ as one of the Wickersham Brothers. similarly, he made an appearance in the television debut named ‘Ultimate Halloween Haunted House in 2016. there he played the character Party City Accomplice. Similarly, he portrayed Nickelodeon’s comedy series ‘Nicky, Ricky, Dicky & Dawn where. He portrayed Joey Montagelli in the season three episode titled  ‘Not-So-Sweet Charity’. Likewise, Jonathan Judge’s directorial venture ‘Nickelodeon’s Sizzling Summer Camp Special is their second television special of his.

Richardo made an appearance in another series named The Mick as Nico in a season two episode titled ‘The Graduate’. This was a situational comedy series that usually aired on  Fox between January 2017 and April 2018. However, the Fox Channel declared the cancellation after airing two seasons in May 2018. In the same year, he featured in an episode of ABC’s period sitcom named  The Goldbergs. Similarly, Richardo played the character of Freddy Huerta who was based on  Freddy Spazzy McGee in Nickelodeon’s musical comedy ‘School of Rock. the show usually aired on Fox from March 12, 2016, to April 8, 2018. The show also received the Outstanding Children’s Program Emmy in 2016 and 2017. 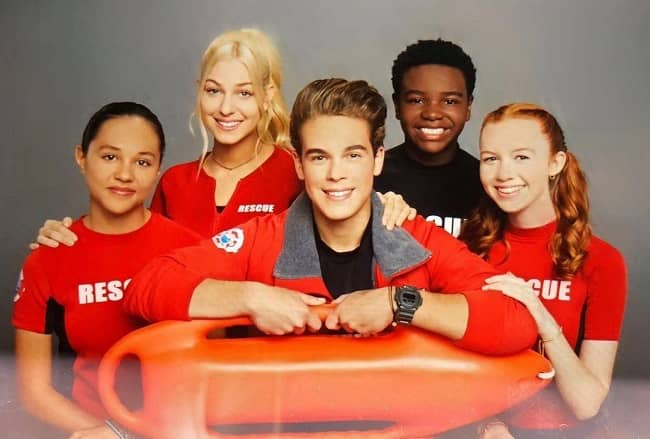 Caption: Ricardo Hurtado with his co-stars of The Next Wave team (Source: Instagram)

Besides these, he landed on a YouTube channel in March 2006. he started posting covers of songs by various artists like Justin Bieber’s ‘Love Yourself, Joel Adams’ ‘Please Don’t Go’. and Green Day’s ‘Time of Your Life. Currently, his YouTube channel has 227K subscribers on his YouTube channel and more than nine million views. Similarly, on December 15, 2017, he landed with his new release his Latin pop debut album, named Sun Tunes and ‘Sun Sets on the Spanish version.

Reflecting on his earnings, his amazing actor has made amazing debuts in Tv series and movies. He surely pockets a great amount of money through his successful career. However, his estimated net worth is around $500 thousand approx. Besides these, he also earns from this self-titled YouTube Channel.

Richardo is in a relationship with ZuZu Holland presently. He often shares their pictures on social media platforms and looks adorable together. Further, he has managed to maintain a quiet life when it comes to his personal life. Therefore, he is a secretive person regarding his personal life. 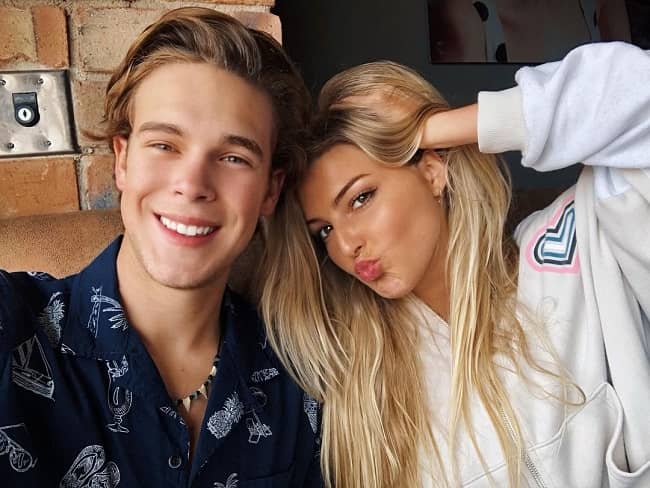 Regarding his body measurement, The actor stands at a height of 5 feet 6 inches tall and weighs 56kg. In addition, he has got green eyes and short blonde hair.  He looks Hanxom, dashing, and very attractive. No doubt that he has so many girl fans.

Richardo is quite active and popular on social media. He often uploads his pictures and travel Videos. He uses Instagram, Twitter, and Facebook, and even has a YouTube Channel. On Twitter, he is followed by 1.3 million people via @rickyjhurtado. He has 974k followers on Instagram via @ricardo.  It seems that he is very famous and has a lot of fans and fan pages.