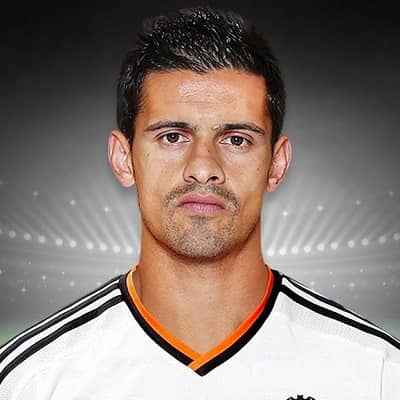 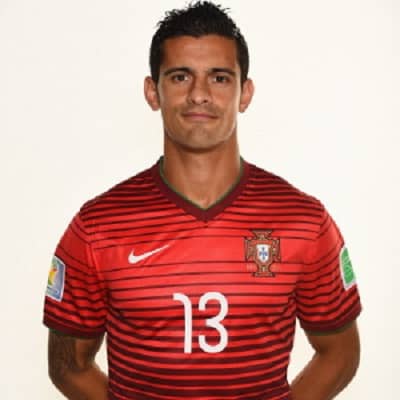 Ricardo Costa is a retired Portuguese football player. Moreover, Ricardo Costa played mainly as a central defender but occasionally as a full-back position. And, he has played for clubs and represented his country in international tournaments in several age categories.

Ricardo Costa was born on the 16th of May 1981, in Vila Nova de Gaia, Portugal. According to his date of birth, he is 41 years old and holds Portuguese nationality. His actual birth name is Ricardo Miguel Moreira da Costa.

Besides it, there is not much more information available regarding his ethnicity, parents, siblings, childhood life, and educational qualification.

Ricardo Costa was the product of Boavista FC’s youth system and moved to neighbors FC Porto when he was still an apprentice.

He made his Primeira Liga debut on January 20, 2002, against Boavista (2-0 away loss, 90 minutes played), although he was never more than a marginal player, falling behind namesake Jorge, Pedro Emanuel, Pepe, and Bruno Alves in the stopper’s pecking order in consecutive seasons.

Costa came on as an early substitute for an injured Costinha during the 2003 UEFA Cup Final in Seville, which was won 3-2.

He signs a three-year contract with Bundesliga club VfL Wolfsburg in July 2007, as first-team opportunities were limited at Porto. Following a difficult start, he concluded the season as the team’s undisputed starter as they qualified for the UEFA Cup.

Costa scored the second-fastest goal ever scored by a substitute in a match against Karlsruher SC on September 28, 2008, 15 seconds after his arrival.

In the summer of 2009, he was set to be transferred to Real Zaragoza, but the deal fell through due to a disagreement between the two teams; the transfer was finally canceled on July 29, and the player returned to Wolfsburg. He signed Lille OSC in France on January 28, 2010, despite being played frequently.

On May 17, 2010, he switched teams again, joining Valencia CF of Spain on a four-year contract after contributing considerably to Lille’s fourth-place finish in Ligue 1. On 9 March 2011, he scored his first goal, putting the Che ahead against FC Schalke 04 in the round of 16 of the UEFA Champions League, a 3-1 defeat (4–2 on aggregate).

Costa became one of the team’s captains by manager Unai Emery in the next off-season.  However, things rapidly went sour for the former: he was replaced at half-time of an eventual 4-3 home win against Racing de Santander, and quickly dropped from first to the fourth choice after disparaging comments were thrown at his teammates and management.

He left Valencia by mutual agreement on July 21, 2014, with his contract set to end in June 2015.  A week later, he signed a two-year contract with Al-Sailiya SC.

On 30 October, he scored his first and only goal for the Qatari club in a 4-3 home victory over Al-Wakrah Sport Club. PAOK FC signed Costa after a passing medical test in late January 2015.

During his 12-month contract, he appeared in 37 games across all competitions, scoring once in a 1-1 tie at  Brøndby IF in the Europa League play-off round on August 27, 2015. 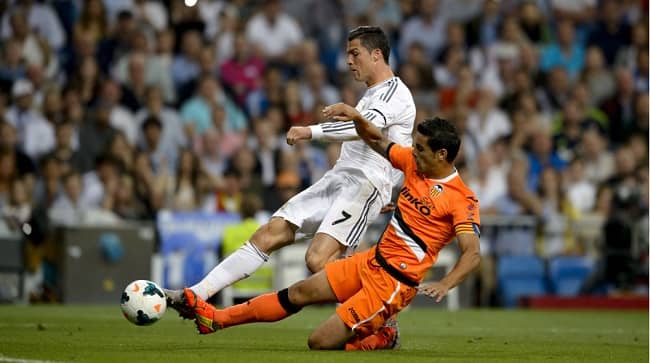 Costa returned to Spain and the top division on 1 February 2016, signing with Granada CF until June 2017; he promised to defend his new team “to the death.” Six days later, he made his debut, playing the entire 90 minutes in a 1-2 home loss to Real Madrid.

His contract was mutually ended on 5 July 2016, after he had contributed 14 starts and one goal to his team’s eventual survival.  He then restarted his career at FC Luzern in Switzerland.

The 36-year-old footballer returned to Portugal after a decade away in June 2017, signing a two-year contract with top-flight team C.D. Tondela. He returned to Boavista on July 1, 2019. Costa was named sporting director at Boavista on August 13, 2020, shortly after announcing his retirement.  Due to disagreements with the fanbase, he resigned on January 29, the following year.

Costa represented Portugal at the under-21 level and was a member of the Olympic team that competed in the 2004 Summer Olympics in Athens. He has been a full international since 2005 and was called up to the squad for the 2006 FIFA World Cup, where he played in the 3-1 third-place playoff loss to Germany.

On May 10, 2010, national team manager Carlos Queiroz announced a preliminary list of 24 players for the 2010 World Cup in South Africa, with Costa, included, marking his comeback to the squad after a four-year absence.

Costa appeared in the tournament twice, both times as a right back: in the 0-0 group stage draw with Brazil and the round-of-16 loss to Spain (0–1, where he was sent off in the last minute, receiving a three-match ban for his actions).

He appeared and started in two World Cup qualifying games in 2014. On 11 October 2013, he scored his first and only international goal in a 1-1 home draw against Israel. Due to this, manager Paulo Bento picked him for the final 23-man team for the tournament in Brazil.

On 16 June 2014, Costa became the second Portuguese player to play in three World Cups after Cristiano Ronaldo did it in the same match, coming on for the second half of the first group stage encounter against Germany, a 4-0 loss.

He was then chosen to replace the suspended Pepe in a 2-2 tie with the United States, making a goal-line clearing from Michael Bradley in the second half.

This former Portuguese football has helped his team to win several games in a tournament. However, he did not earn any kind of major award individually in her footballing career. 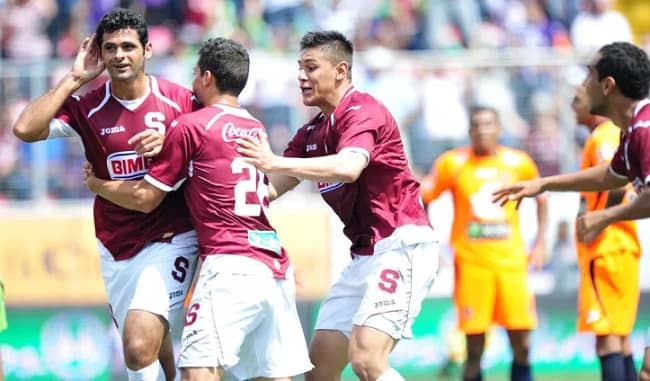 Officially, this former player has not shared his earnings, salary, and net worth in public. According to an online website, his net worth estimates at around $1 million to $5 million.

Talking about his personal life, Costa seems to be single and unmarried. However, this former football player has not revealed his relationship status in public yet. It seems that this retired footballer might have had at least one relationship in past. In his football tenure, he was not a part of controversy or rumors and avoid such things which may harm his career.

Regarding his body stats, he stands 6 feet tall and weighs 80 kg. Moreover, this former player has brown eyes with black hair color. And there is no other information regarding this footballer’s other body measurements. 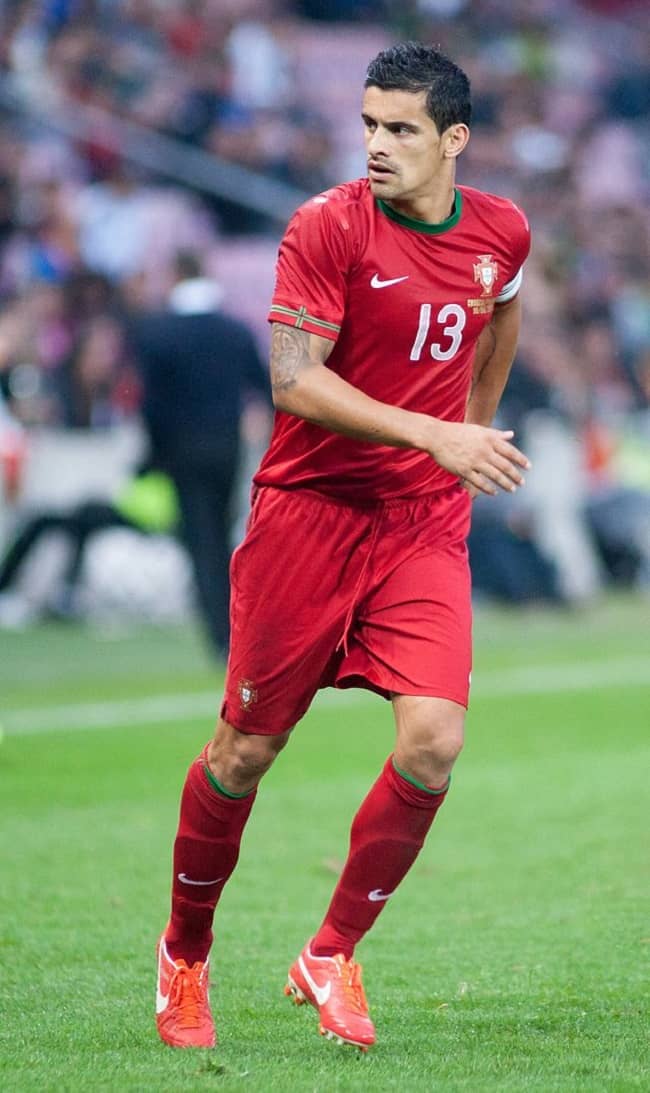 Caption: Ricardo Costa running on the football field during a match (Source: Wikipedia)