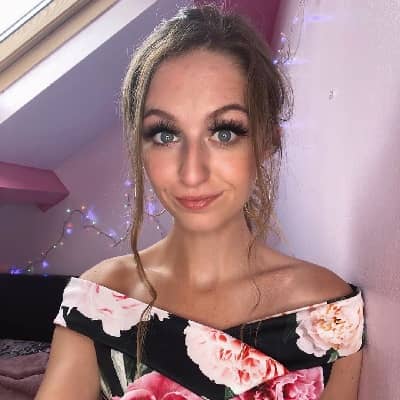 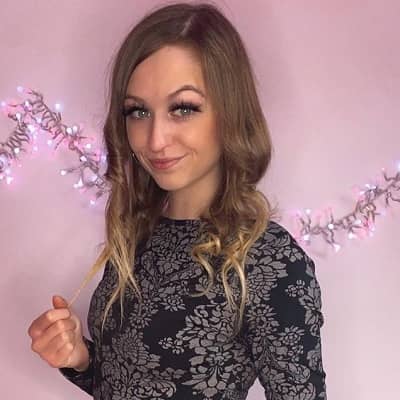 Rhia Official is a famous Welsh social media personality who became famous for sharing lip-sync videos on her TikTok profile. Rhia Official also has a YouTube channel where she often posts tutorials on YouTube, explaining the process she follows to create her TikTok videos.

Rhia Official came to this world on September 20, 1995. She is originally from Wales and holds a Welsh nationality. The present age of her is 25 years old and her zodiac sign is Virgo. She does not reveal her real name because she gives a lot of importance to her private life. And also wants to protect the anonymity of her friends and family. Moreover, her first language is Welsh, and English is her second language.

She began dancing at the age of four and has been dancing for the past 19 years. Since then, she has participated in many dance competitions and shows. Despite her social media success, she greatly values formal education and has graduated a master’s degree. Moreover, she’s owned a black and white dog named Spot that she occasionally features in her live videos. 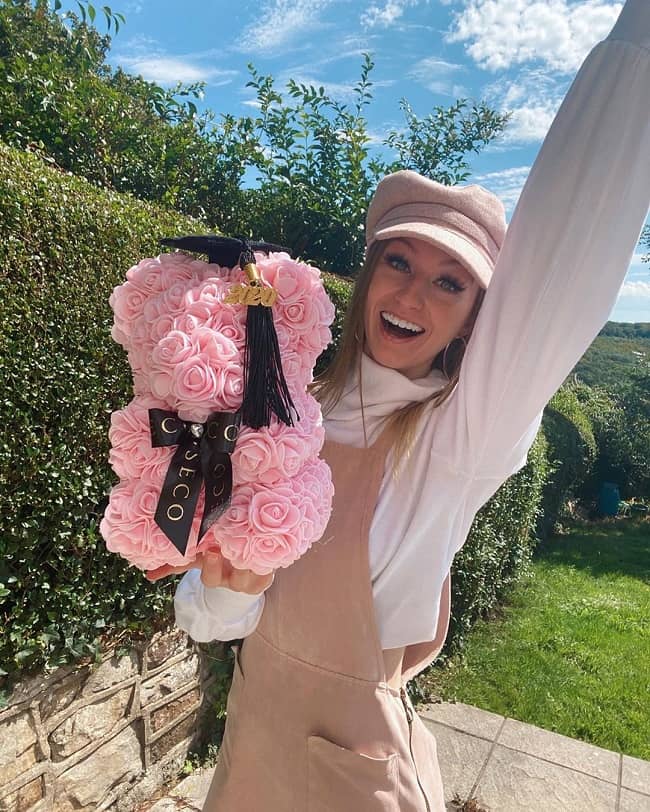 Rhia Official started filming and uploading short funny videos on the TikTok app in June 2017. Therefore, what started out as just a hobby, transformed her into a social media star within just one year. She had joined the app because she was bored after finishing her university education and was exploring new creative outlets.

Within months, she had earned over 7000 followers, but her popularity increased exponentially after one of her videos was featured on the app on October 10th. It was for a challenge called ‘Design a Game’, which she had entered to get noticed. Evidently, she was successful at doing so.

In the next couple of months, the app featured her videos over a dozen times. And, on December 19th, her video was picked from entire Europe for the ’24 Days of Christmas’ event. She not only received a Fitbit tracker as a gift, but her fan following also skyrocketed to 20k by New Year 2018. When people began to flock to her musical.ly profile, she decided to create a YouTube account to share TikTok video making tutorials.

After reaching the fan count of 40k on musical.ly in April 2018, she received her first-ever paid advertisement after Disney and FIFA selected her to promote Women’s Football Week. By June that year, she had reached 100k fans and her videos had crossed a million likes. In order to celebrate this landmark, she posted a video that has earned over 20 million views until now.

Further, she was adding more than a few hundred thousand fans each month until August, when she got crown verification from the app, which had merged with TikTok by that time. She reached 1 million fans in November 2018, and now she has 2 million users following her on the short-form video-sharing app. 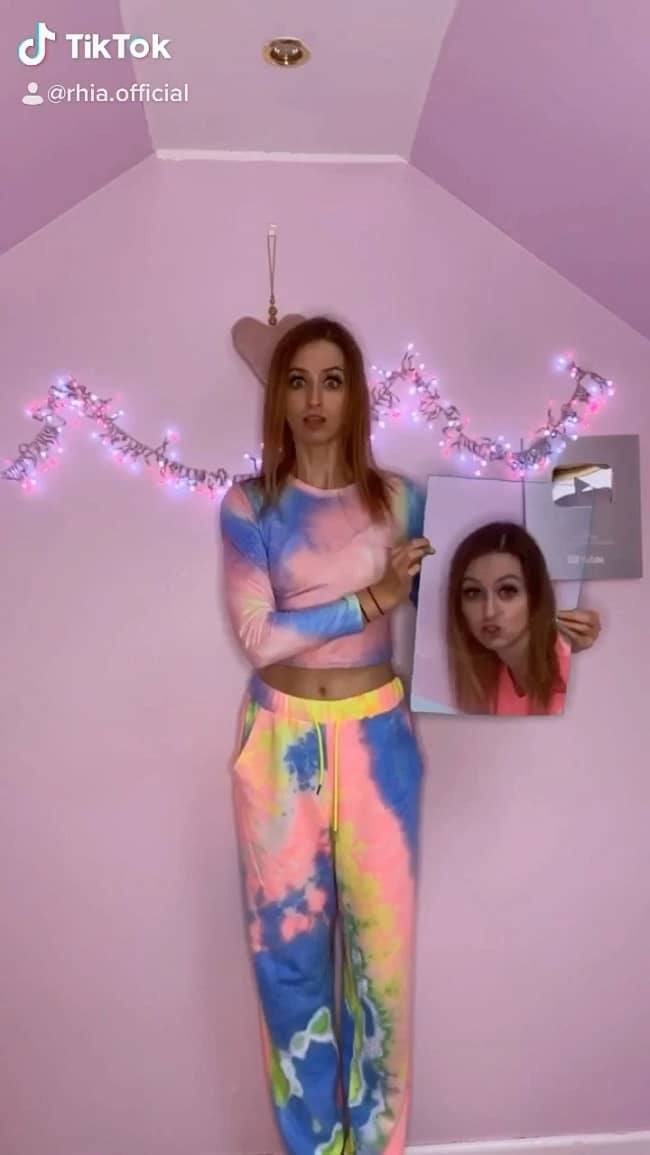 Rhia Official broke her nose at the age of 11 while playing tug of war. In a video, she mentioned that she has a photographic memory. Her fears include claustrophobia and flying on a plane. Rhia cannot swim despite having taken swimming lessons for about a year in childhood. Moreover, she is a big fan of the English singer Anne-Marie and is particularly fond of her song ‘Perfect To Me’. Moreover, she also likes popular dancer and reality TV star Chloe Lukasiak.

Talking about her personal life, she is in a relationship. Therefore, since early 2019, Rhia Official has been in a relationship with fellow TikTok star David, who goes by the aliases ‘Hocaspocas94’ and ‘Dsp1994’. He is an emerging model, represented by three talent agencies, in addition to being a martial arts teacher who specializes in Taekwondo.

David started following Rhia on TikTok in September 2018, and she followed him back in November. After chatting for a while, they set up a meeting in Cardiff on January 26th, where they came face to face for the first time. The duo began dating soon after and has been continuously posting pictures and videos together on their respective social media profiles.

Rhia also convinced David to start a YouTube channel. The couple recently posted vlogs from their vacation in Plymouth on their respective YouTube channels. He often calls her ‘Bob’, and their fans ship them as ‘Dhia’, which the couple has also started using in their posts. However, the duo shares a great bond together and looks cute together.

She is a pretty and beautiful girl who has an attractive personality. Rhia has a fine and curvy body figure. She stands tall at a height of 5 feet 8 inches. And, she has a weight of around 56 kilos. Moreover, her body measurements are 33-26-36 inches. Further, she has a beautiful pair of blue eyes and has blonde hair. 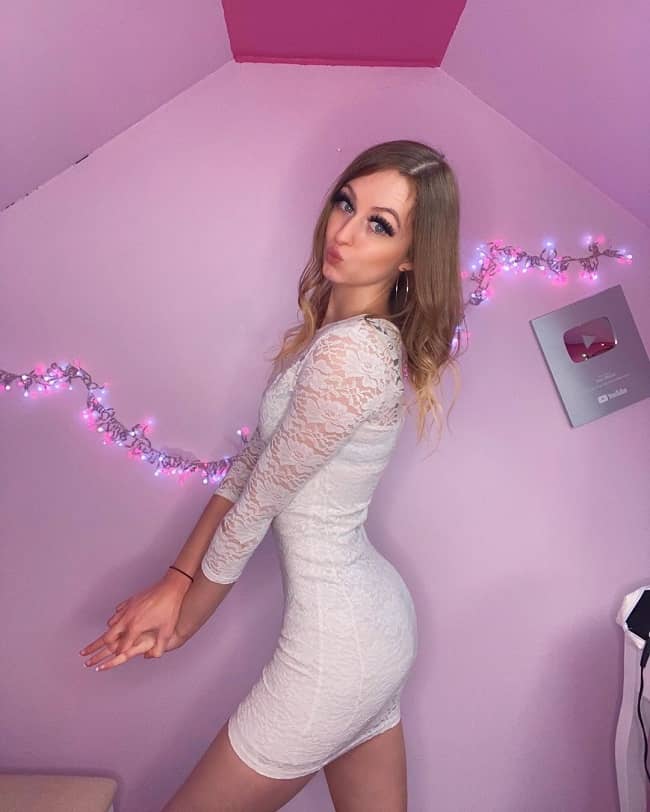 Her Instagram account ‘@rhia.official’ has earned more than 148K followers. She is also active on Twitter and has gained over 46 followers. Her TikTok account has gathered more than 7.3 million followers and more than 286 million likes. Similarly, her YouTube channel has amassed over 443K subscribers.

Her talent has earned her name and fame all this way. She is a famous social media star. However, her income might be as good as being a social media personality. She has an estimated net worth of around $1 million as of 2020.