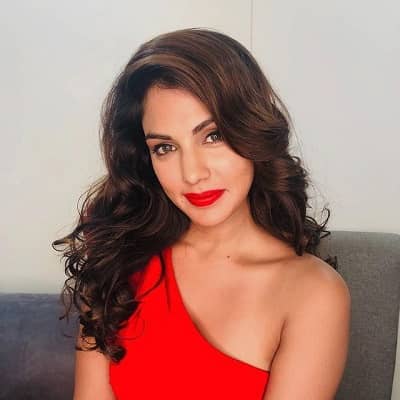 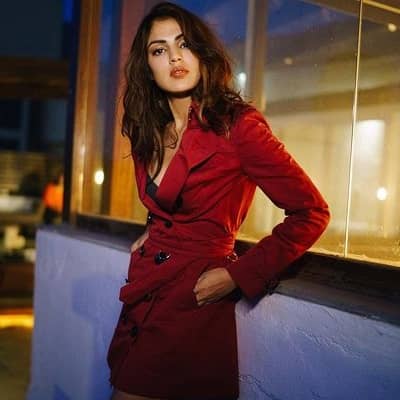 Rhea Chakraborty is a talented actress, model, entrepreneur, and VJ who hails from Bangalore, India. Rhea Chakraborty rose to fame after appearing in the movies, “Tuneega Tuneega” and “Mere Dad Ki Maruti”.

Rhea Chakraborty’s birthdate is 1st July 1992 and her birthplace is Bangalore, Karnataka, India. Chakraborty holds an Indian nationality and is of Asian ethnicity. Likewise, Rhea has been following Hinduism. The age Rhea as of 2020 is twenty-nine years old and her sun sign is Cancer. Rhea belongs to a Bengali family. Chakraborty’s father’s name is Inderjit Chakraborty who was an Indian Army officer. 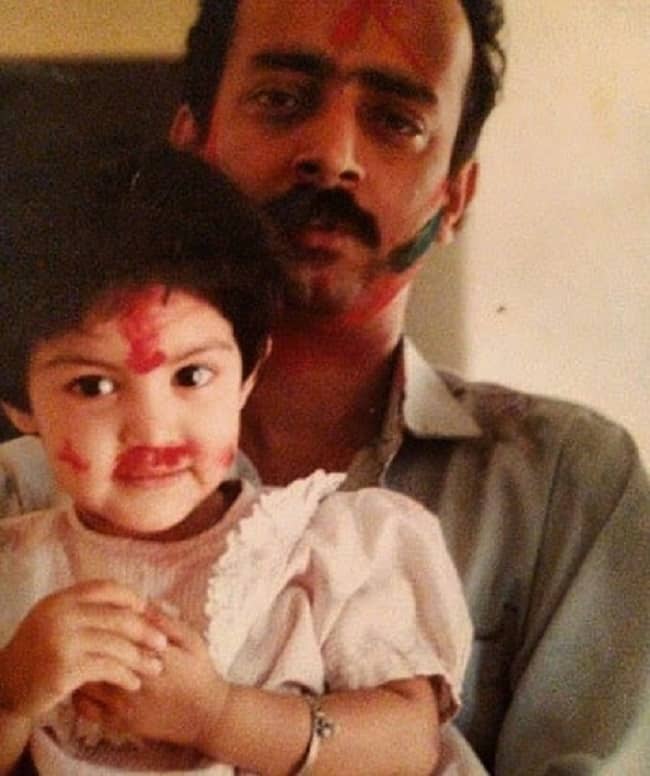 Caption: Rhea Chakraborty with her father when she was a kid (Source: Instagram)

Rhea Chakraborty made her TV debut in the year 2009 after appearing in MTV India’s TVS Scooty Teen Diva where she became the 1st runner-up. After then, Rhea gave an audition to become a VJ at MTV Delhi and she even got selected. The Indian actress became the host of several MTV shows, such as Pepsi MTV Wassup, TicTac College Beat, and MTV Gone in 60 Seconds. In the year 2012, Rhea got presented in a movie for the first time, appearing in the Telugu movie, “Tuneega Tuneega”. There Rhea Chakraborty got the role of Nidhi. 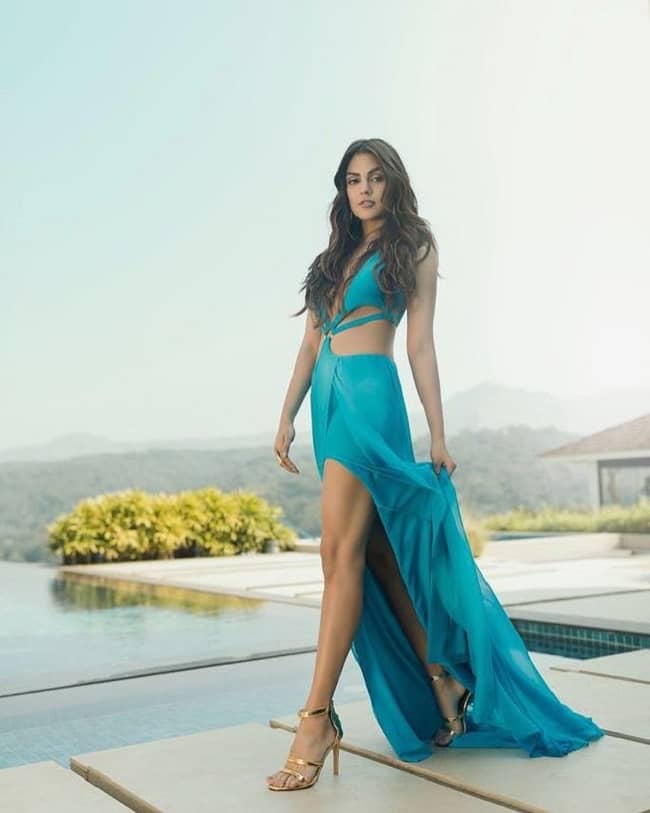 After her boyfriend’s death

However, Rhea’s boyfriend passed away after attempting suicide on 4th June 2020 at his house in Bandra, Mumbai. It happened just 6 days after Rhea went out. On 7th August, the Enforcement Directorate (ED) asked Rhea and her brother to accuse money laundering. The Supreme Court of India then permitted the CBI to control the investigation on 19th August. On 8th September, the Narcotics Control Bureau (NCB) which is India’s national drug law enforcement agency, arrested Rhea.

This happened after accusing that she and her brother had instigated marijuana to be provided to Sushant and Rhea was lodged at Mumbai’s Byculla prison. On 6th October, Mumbai Sessions Court stretched Rhea’s judicial custody till 20th October, However, after just one day, the actress got bail from the Bombay High Court. “Since she has no criminal antecedents,” the high court ruled, “there are reasonable grounds for believing that she is not likely to commit any offense while on bail.”

The high court then disallowed the NCB’s theory that Rhea had protected and funded Singh’s drug addiction. They even found that Rea wasn’t a member of drug dealers engaged in the situation. “She has not forwarded the drugs allegedly procured by her to somebody else to earn monetary or other benefits,” wrote Justice Sarang Kotwal.” On 27th August 2020, BBC News stated that in the wake of Sushant’s death, Rhea had “found herself at the center of a vicious hate campaign led by some of India’s most high-profile journalists and social media trolls.”

Exposed to rumor, inference, and misogynistic exploitation, Rhea was labeled by traditional TV hosts as a “manipulative” woman who “performed black magic” and “drove Sushant to suicide.” After one of Sushant’s fans threatened Rhea on Instagram with rape and murder and insisted she “commit suicide otherwise I will send people to kill you,” Rhea asked for help from the cybercrime police. It was out that Rhea was feeling guilty. “She’s been hanged, drawn, and quartered. It’s a complete trial by media.” In the September 2020’s investigation, “Anatomy of a Rumour: Social media and the suicide of Sushant Singh Rajput”.

The University of Michigan associate professor Joyojeet Pal and colleagues originated Indian journalists and media houses “equally complicit in pushing an agenda against Rhea Chakraborty.” In specific, at the time of the 1st month after Sushant’s death, the Republic television news channel “pushed insinuations on the finances of Rhea Chakraborty’s parents.” After all this time, the investigators check, the actress being slandered, hounded, and “intensely targeted by trolling and mainstream media speculation online.” They conclude that “the case and its victims are a reminder of ways the patriarchy is alive and well, and always readying its blades for the next execution.”

On 7th October 2020, the actress was out on bail after a month in pretrial confinement, the South China Morning Post stated that “India’s hyperbolic television channels, which have given more airtime to this case than India’s battle against Covid-19 and the recent rapes of lower-caste women, labeled Chakraborty a ‘murderer’.”  After the actress’s arrest, said Variety, “Haranguing television anchors appointed themselves judge and jury, with daily trials on primetime television.” The general audience, Variety added, “appears to be consuming the ongoing drama with relish.”

In September 2019, Rhea established an artificial intelligence company, “Vividrage Rhealityx” partnering with her brother and her boyfriend. In December 2019, the couple started their live-in relationship. Before Sushant, Rhea Chakraborty was dating another actor, Aditya Roy Rajput. 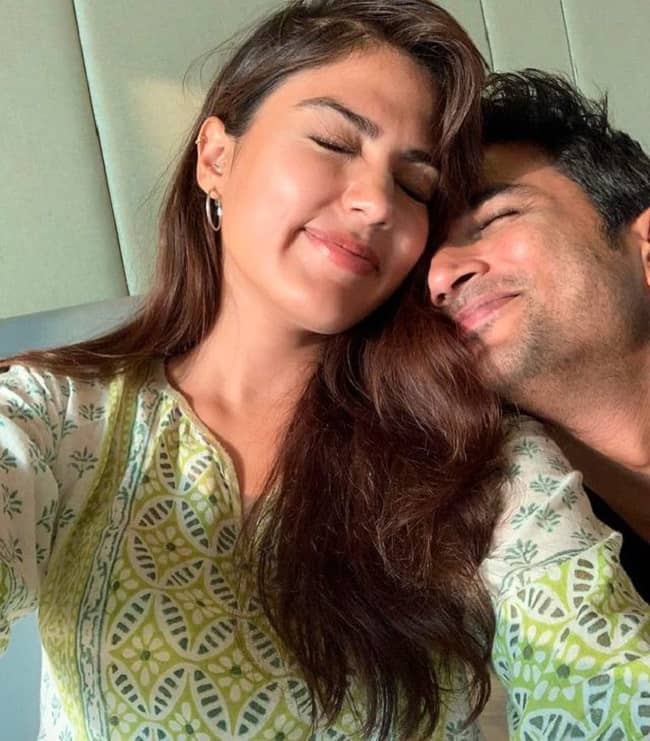 Likewise, Rhea Chakraborty is 5 feet 7 inches or else 170 cm or 1.7 m tall. The Indian actress weighs around 55 kg or 121 lbs. Rhea also has been wearing a shoe size of 7 (UK). In addition to this, Rhea Chakraborty also has a medium complexion with a pair of dark brown eyes and long black hair.