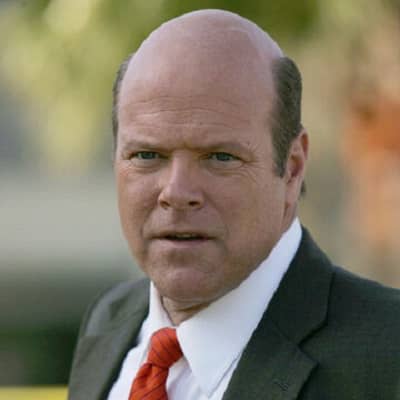 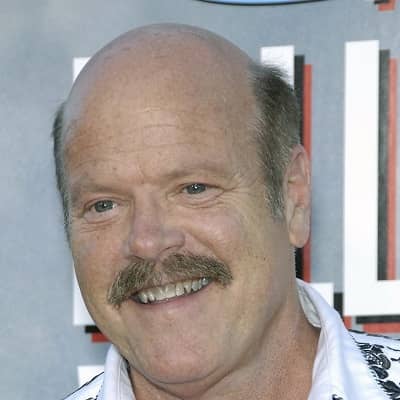 Rex Linn is a well-known American film and television actor. Rex Linn is best recognized for his role as Frank Tripp in the TV series “CSI: Miami”.

Rex Linn was born Rex Maynard Linn on 13th November 1956. He stepped into this world in Spearman, Texas, United States. By this, he is currently 65 years old and American by nationality. Likewise, he follows Christianity and his actual sun sign is Scorpio.

Moving on towards his family members, he was born to his father James Paul Linn, and her mother Darlene. His father is a lawyer, who unfortunately passed away in October 2009 from a heart stroke. Similarly, he also has an elder sister named Rhonda Linn Bayless, and an elder brother named James Paul Linn II. He spent his childhood in Oklahoma City with his siblings.

Talking about his educational status, he first joined Heritage Hall and later Casady School. Linn’s high-school acting career came to an end when he wrecked a set during a number in his high-school production of Fiddler on the Roof. His drama coach ordered him off the stage and encouraged him to channel his energy into something else, therefore terminating Linn’s high-school acting career. In 1980, he received his bachelor’s degree from Oklahoma State University.

Linn worked his way up to vice president of energy financing for the Lakeshore Bank after graduation, where he stayed until the bank went bankrupt on July 5, 1982. Linn was able to persuade a talent agency in Oklahoma to take a risk on him and represent him. Simultaneously, he took a position with an oil business, directing field operations in western Oklahoma, while auditioning for film and television commercial roles. He began obtaining modest roles in other projects after shooting a few commercials. During this period, he was allowed to star in his debut film, Dark Before Dawn, directed by his closest friend Edward K. Gaylord II.

In 1989, he was cast in his first major film, Night Game, starring Roy Scheider, as serial murderer Floyd Epps. Following this film, he felt it was time to travel west, despite appearing as the sheriff in a 1990 episode of The Young Riders (named “Hard Time”). He has appeared in over 35 films since Cliffhanger, with the number climbing every year. Linn’s most recent film appearance was in An Acceptable Loss (2018), a political thriller in which he co-starred with Jamie Lee Curtis.

In the 1994 film Clear and Present Danger, he portrayed an investigator. He co-hosted the Oklahoma Film Society’s Real to Reel 2005: “Classic Monster Mash” as a celebrity co-host. Anatomy of a Fraud: Catching a Con in Logan County, a similar documentary to be narrated by Linn, was reported as “in development” in 2005.

He is said to be now residing in Sherman Oaks, California, with his two catsuit-wearing canines, Jack and Choctaw. Linn is a die-hard University of Texas Longhorns fan who took a day off from work on CSI: Miami to attend the 2005 Rose Bowl game when his beloved team defeated the University of Southern California to win the national title.

He was the past chairman of Ducks Unlimited’s Oklahoma City chapter. He won the state duck-calling championship in 1986 and placed fourth in the national tournament the following year. Linn is a passionate advocate for children’s organizations and the arts. He presented a celebrity award at the National Association of Police Organizations TOP COPS award ceremony in Washington, DC on May 12, 2007.

He has recurring parts in various TV shows, most notably as Sgt. Frank Tripp on CSI: Miami, a role he was duped into reading during the first season and kept as a series regular until the series’ conclusion. He played Mike Palmer, a parent sheltering in a Georgia neighborhood during a zombie apocalypse, in the webisode series The Walking Dead: Torn Apart. On October 3, 2011, it was broadcast on AMC.com.

The actor has made a pretty handful amount of money from his acting career. As of the wiki sites, he currently has an estimated net worth of $5 million US dollars.

Reba McEntire is the current girlfriend of Rex Linn. Reba is an accomplished actress, musician, and entrepreneur. In 1991, while working on the film The Gambler Returns: The Luck of the Draw, the pair met for the first time. The couple has been dating since 2020, and Rex has frequently uploaded photos of Reba on his social media accounts. Rex posted photos of his first movie date with Reba on his Instagram account on January 9, 2021. 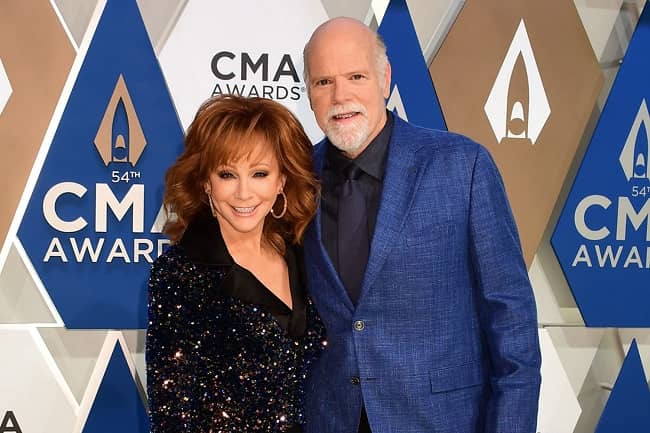 He previously dated Bella Shaw, a journalist, and newsreader. However, there isn’t much information on their relationship.

Enhancing his body measurements, the actor is 6 feet 4 inches or 1.93 meters tall and weighs around 80 kg. Similarly, Rex is half bald with light brown hair and has a pair of blue eyes. When it comes to his social media handles, he is active on Facebook with 2.3k followers, on Instagram with over 14.6k followers, and on Twitter with more than 1000 followers.