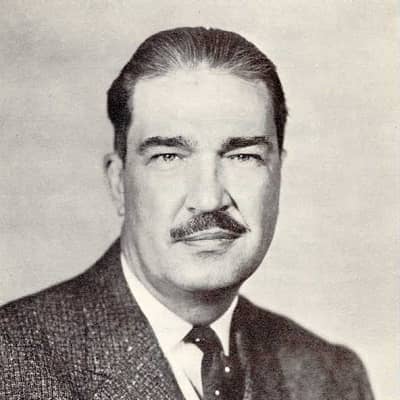 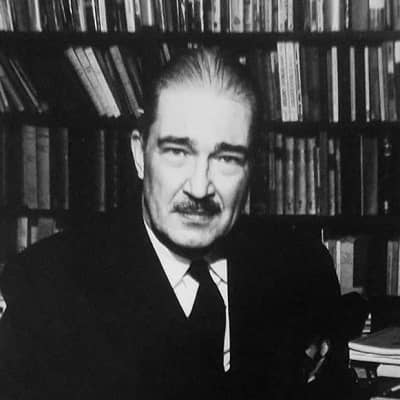 Revilo P. Oliver was born on July 7, 1908, and he was 86 years old at the time of his demise. He hails from Corpus Christi, Texas, and his full name is Revilo Pendleton Oliver.

Talking about his educational journey, he attended two years of high school in Illinois. Later, he relocated to California because he disliked the severe winters in Texas. Moreover, he also once required hospitalization “for one of the first mastoidectomies performed as more than a daring experiment”.

After relocating to California, he studied Sanskrit. He used Max Müller’s handbooks and Monier Williams’ grammar. Moreover, he also found a Hindu missionary to tutor him in Sanskrit. He later entered Pomona College in Claremont, California, at the age of 16 years.

Later on, he attended the University of Illinois and studied under William Abbott Oldfather. He then received his Ph.D. in 1940 and the same year, the University published his Ph.D. thesis: Niccolò Perotti’s Translations of the Enchiridion. 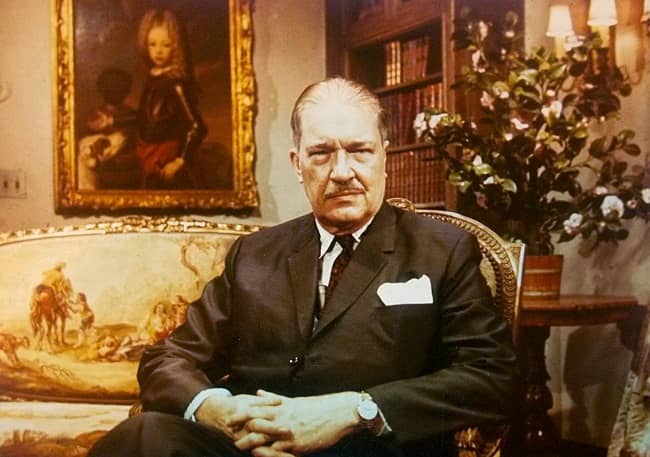 Revilo P. Oliver was a professor at the University of Illinois at Urbana-Champaign. He primarily taught Classical philology, Spanish, and Italian. After World War II, he published in American Opinion and became famous as a polemicist for white nationalist and right-wing causes.

He also briefly attracted national notoriety in the 1960s. It was when he published an article after President John F. Kennedy’s assassination. In his writing, he suggested that Lee Harvey Oswald was part of a Soviet conspiracy against the United States. Following this writing, the Warren Commission investigating the murder called him to testify before them.

Additionally, he is also a writer. The University of Illinois republished his Ph.D. thesis: Niccolò Perotti’s Translations of the Enchiridion in 1954 as Niccolo Perotti’s Version of the Enchiridion of Epictetus. Furthermore, his first book was an annotated translation. It was the translation of Mricchakatika (The Little Clay Cart) from Sanskrit to English. The University of Illinois published this book in 1938. 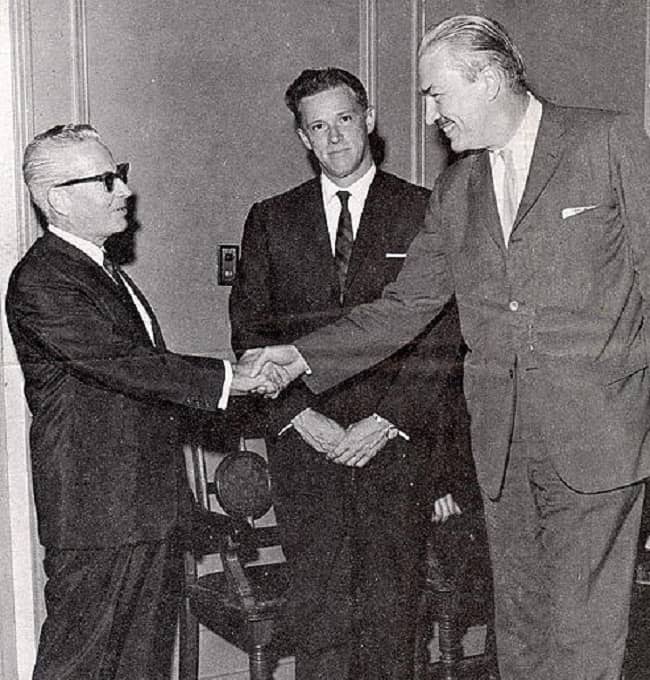 He then began teaching graduate classes and for a number of years, he taught graduate courses in the Renaissance especially in the Departments of Spanish and Italian. During World War II, he worked at an unnamed War Department agency from 1942 until the autumn of 1945.

Later in 1945, he left Washington, D.C., and returned to the University of Illinois. He initially worked as an Assistant Professor and later became an Associate Professor in 1947, followed by the position of Professor in 1953. Although he published little in the academic press, he became popular for politically conservative articles expressing anti-Semitism and white nationalism.

In 1958, he joined Robert W. Welch, Jr. as one of the founding members of the conservative, anti-Communist John Birch Society. He also frequently wrote for the Birch Society magazine American Opinion. Then in the 1960s, P. Oliver broke with American conservatism and subsequently became involved with Willis Carto’s National Youth Alliance (NYA).

Two decades later, in 1978, he became an editorial adviser for the Institute for Historical Review. It is an organization that devotes primarily to Holocaust denial. he was also a regular contributor to Liberty Bell magazine. 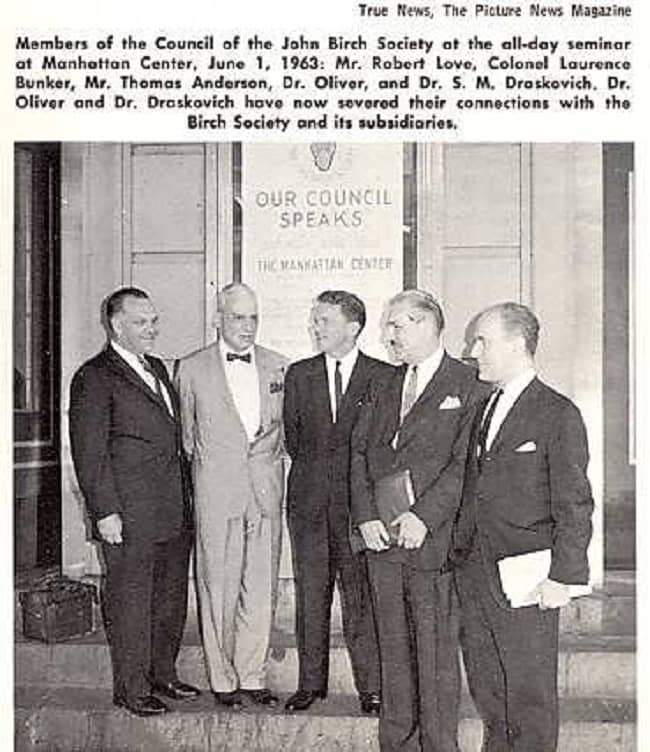 He believed that religion was one of the major weaknesses of his nation and civilization. In an article he published in 1990, he characterized Christianity as “spiritual syphilis” that “has rotted the minds of our race and induced paralysis of our will to live.”

Damon T. Berry also devotes an entire chapter to Oliver in his book Blood and Faith: Christianity and American White Nationalism (Syracuse University Press, 2017). In his book, Berry concludes that “Oliver hated both conservativism and Christianity…because they equally represented to him an ideological poison that was alien to the best instincts of the white race to defend its existence.” 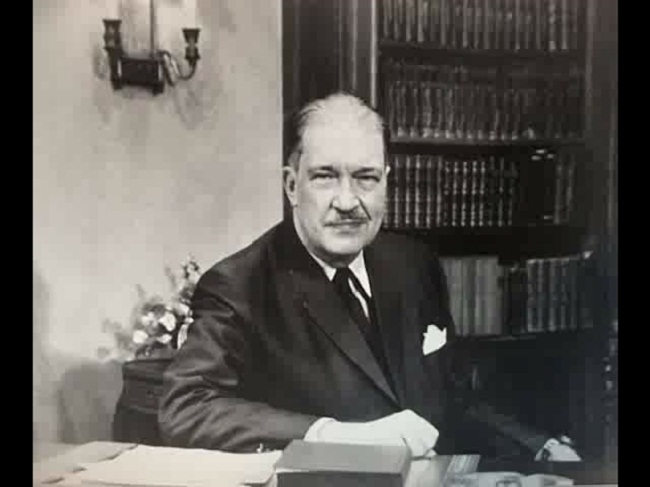 Moreover, “Revilo P. Oliver” is a palindrome. Thus, his name reads the same backward and forwards. Due to his unique name, the publishers even denounced one of his articles as a fraud. It was because readers suspected his palindromic. Likewise, he has revealed that his name had been given to the first sons in his family for six generations.

He has used a few pen names for his writings. He used the pen name “Ralph Perier” for The Jews Love Christianity and Religion and Race. Similarly, he used the pen name “Paul Knutson” for Aryan Asses. P. Oliver is also sometimes credited as the author of the Introduction to Francis Parker Yockey’s Imperium. However, it has been credited to Willis Carto.

Revilo P. Oliver was married to Grace Needham. They got married in the year 1930. However, there is no information if they had any children or not.

P. Oliver retired in the year 1977. Then on August 20, 1994, he committed suicide at the age of 86 in Urbana, Illinois. At that time, he was suffering from leukemia and severe emphysema. After his demise, he estate arranged to publish several works posthumously through Historical Review Press and Liberty Bell, as well as to attend to the needs of his wife Grace in her declining years.