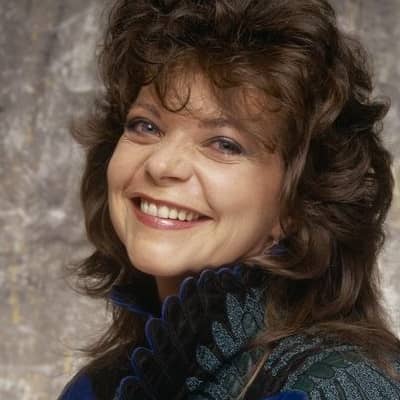 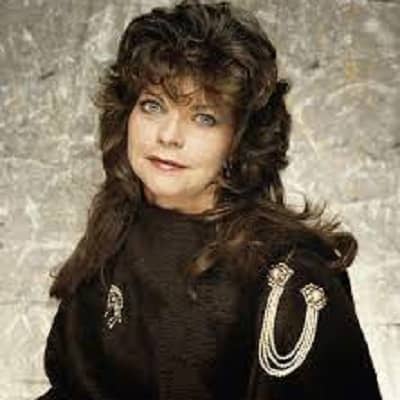 Renate Blauel is a German sound engineer, music producer, and ex-celebrity wife. Moreover, Renate Blauel is the ex-wife of Rock and roll legend, Elton John. She is known as a popular sound engineer as she even worked with several artists like Mike Oldfield, Piet Veerman, The New Cats, The Human League, and The Blues Band.

Renate Ruth Margot Blauel best known as Renate Blauel was born on the 1st of March, 1953, in Berlin, Germany. According to her birth date, she is 69 years old and holds German nationality. Moreover, she has the zodiac sign of Pisces and her ethnicity is unknown.

She is the daughter of Joachim Blauel (father) and her mother’s name is unknown. In addition, his father had moderate success as a publisher which also helped Renate to pursue a career in the music industry.

She grew up in a volatile time when the Soviet Union, the United States of America, the United Kingdom, and France were in charge of Germany after World War II.

At 22, she eventually went to London to begin her profession. In addition, she was a former Lufthansa stewardess who quit her job in 1977 to enroll in a course in audio engineering.

At the Croatia Records Company, Renate Blauel took her first job before starting her career. On Mike Oldfield’s “Platinum” album, which was released in 1979 by Virgin Records, she worked as an assistant engineer.

In 1980, while working as a sound engineer, she released 5 albums, including Ryuichi Sakamoto’s “B-2 Unit,” Stephen Bishop’s “Red Cab to Manhattan,” Japan’s “Gentlemen Take Polaroids,” Piet Veerman’s “Back To You,” and The Blues Band’s “Ready.”

Moreover, she also collaborated with Vitesse on their album, “Rock Invader,” as part of her position. She eventually had the opportunity to work with well-known artists the following year in 1981, including Marvin Gaye on his album “In Our Lifetime,” The Teardrop Explodes on their album “Wilder,” Sunny Jim Band on their song “Jay,” and Duran Duran on their album “Rio” from 1982. Elton John and Renate collaborated for the first time on his albums “Too Low for Zero” from 1983 and “Breaking Hearts” from 1984.

Sir Elton Hercules John best known as Elton John is an English singer, pianist, and composer. He began his profession as a weekend pianist at a pub. Later, he worked in a music publishing company, started a band with friends, and began performing alone in hotels. He started the band Bluesology in 1962. Moreover, he worked together with lyricist Bernie Taupin in 1967.

He composed the music to go with the lyrics of the latter. As a result, the historic collaboration that still exists today began. The two’s debut song was titled “Scarecrow.” Elton John and Taupin achieved fame as DJM Records staff composers in 1968. They were developing a song for other musicians and singers. They began with simple lyrics and catchy music before moving on to more difficult forms. 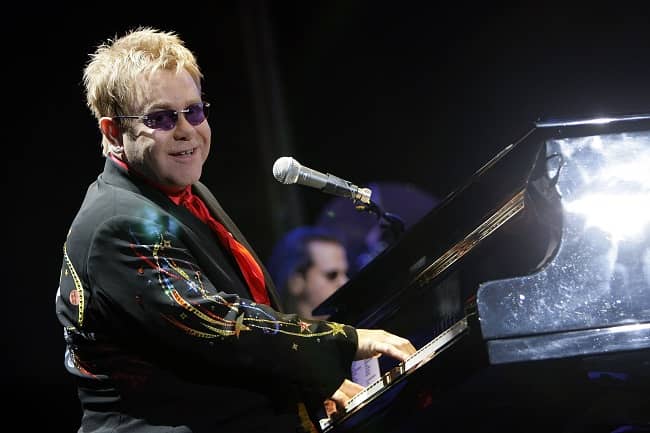 Similar to how Elton John got his big break as a singer in 1969, he released his debut album, “Empty Sky.” As soon as possible, he followed it up with the April 1970 release of the album “Elton John.” Although his early 1970s career saw the biggest commercial and critical success—seven of his albums in a row peaked at number one in the US—John also became well-known for his live performances and his fashion choices.

Other music and live performance

During this time, he created several top singles, including “That’s What Friends Are For,” which peaked at Number 31 in the US, “Little Jeannie,” “Empty Garden (Hey Hey Thanks),” “I’m Still Standing,” and “I Guess That’s Why They Call It The Blues.” He gave several live performances at this time. However, he made a strong start to the 1990s by having his first single, “Sacrifice,” reach the top of the UK charts.

His first solo UK smashes single was a result of it. After a chain of successful singles and albums, he experimented with other genres. He co-wrote the music for the 1994 Disney animated film “The Lion King” alongside Tim Rice. At Princess Diana’s funeral, Elton John also sang “Candle in the Wind 1997.” With “Are You Ready for Love,” Elton John achieved his seventh UK number one song in 2003.

Returning to musical theater, he collaborated with playwright Lee Hall in 2005 to write the music for a West End production of Billy Elliot the Musical. The show, which premiered to good reviews, rose to the position of an eleventh-longest-running musical in West End history. Elton John has been on numerous shows throughout the 2010s. He has a lot on his plate, including live concerts, remix albums, performances at award presentations, etc.

His final studio album, “Wonderful Crazy,” which he released in 2016, was his 32nd. In 2019 Billboard ranked John as the greatest Adult Contemporary singer of all time and the third-best solo artist in US chart history. He made history in 2021 by becoming the first solo artist to have hits in the UK Top 10 for 60 years.

At the moment, Renate has not yet earned awards or recognition. Looking at her successful career, she might earn some of them in the following years. Her ex-husband, Elton John has won many of them in his musical career.

Elton won Best Music, Original Song at the Oscars in 1995 for The Lion King (1994), Performance in a Music Special or Series at CableACE Awards in 1995 for A Special Evening with Elton John, and Best Talk Series at the Gemini Awards in 2010 for Spectacle: Elvis Costello with… (2008).

As a sound engineer and music producer, she has earned a huge sum of money in her profession. Moreover, her net worth estimates at around 5 million euros as she got a 5 million euro check as a divorce settlement from Elton. In addition, her ex-husband Elton has a net worth of $550 million.

Renate Blauel’s first marriage was to Elton John who is a rock and roll icon who had previously come out as bisexual. Firstly, The “Too Low for Zero” tour brought Elton to Australia less than a year later, and Renate, who was then a close friend, traveled with him as part of his entourage.

Elton proposed to her on February 10, 1983, when they were out to dinner at an Indian restaurant. The next day, the pair announced their engagement. On February 14, 1984, in the Sydney, Australia suburb of Darlinghurst, the wedding took place at St Mark’s Anglican Church just three days later. 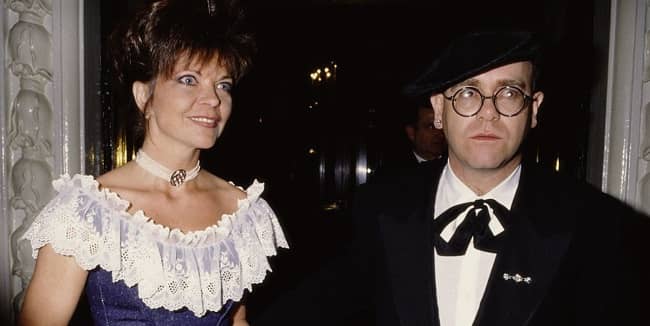 However, their relationship was short-lived, and on November 18, 1988, they divorced, Renate, receiving a 5 million euro divorce settlement. She then went to a very tiny home in Shackleford, Surrey, where she stayed for the next ten to fifteen years until returning to Germany to care for her ill parents.

Elton began dating Canadian-British filmmaker David Furnish in 2005 and later got married in 2014 after finally coming out as homosexual. Zachary and Elijah are the names of their two sons that they share.

Renate went on the offensive after they had been divorced for years, filing a lawsuit against Elton at the high court, demanding a 3 million euro fine over the singer’s book “Me” and the movie “Rocketman,” alleging that Elton had violated the conditions of their divorce agreement.

She said that she had changed her name by deed poll in 2001 to cut off her relationship with Elton and that, rather than traveling to Germany with her parents, she had been in the UK adopting a new identity.

Renate stands 5 feet 5 inches tall and weighs around 64 kg. Moreover, this woman has blue eyes with greyish-white hair color, and her body measurement measures 38-32-40 inches. And her bra size is 34B and her shoe size is 6 US. 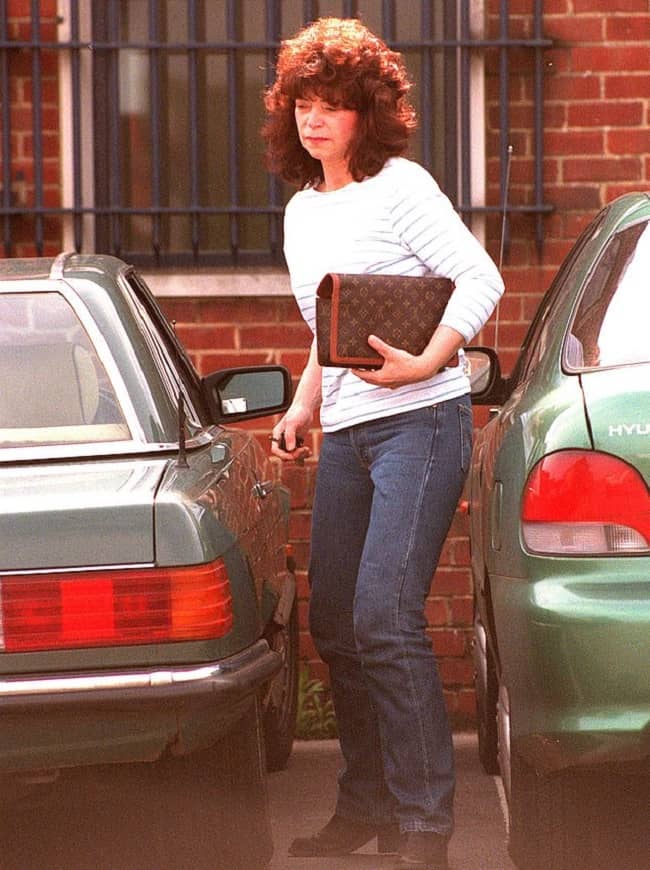