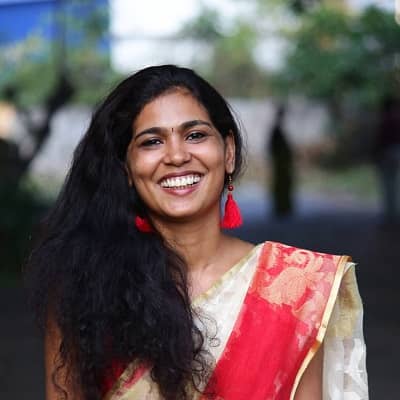 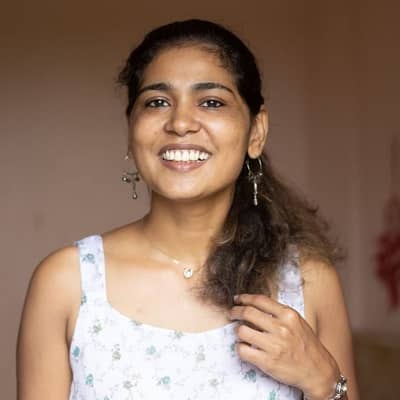 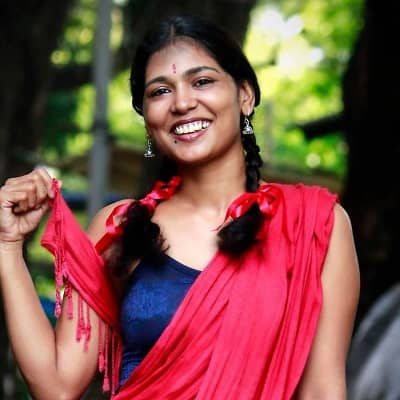 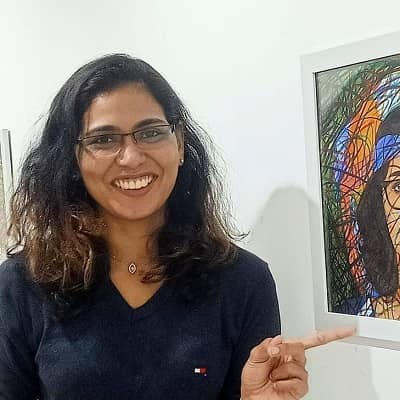 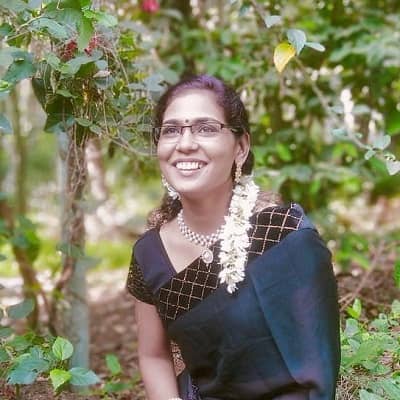 Rehana Fathima is a famous Indian women’s rights activist. Rehana Fathima also acted in the film “Eka” and was a model prior to becoming an activist.

Her full name is Rehana Fathima Pyarijaan Sulaiman and was born on 30 May 1986 and her current age is 36 years old. Rehana hails from Ernakulam, Kochi, Kerala, India, and her zodiac sign is Gemini. Likewise, her other name is Surya Gayatri. Talking about her family, Rehana comes from an orthodox Muslim family. Likewise, Rehana’s father is Pyarijaan Sulaiman.

Her father passed away when Rehana was only in Class 12. Moreover, Rehana has a sister. Regarding her educational journey, Rehana attended Indira Gandhi National Open University. There, she attained her degrees in B.Com and MCA with 1st ranks. 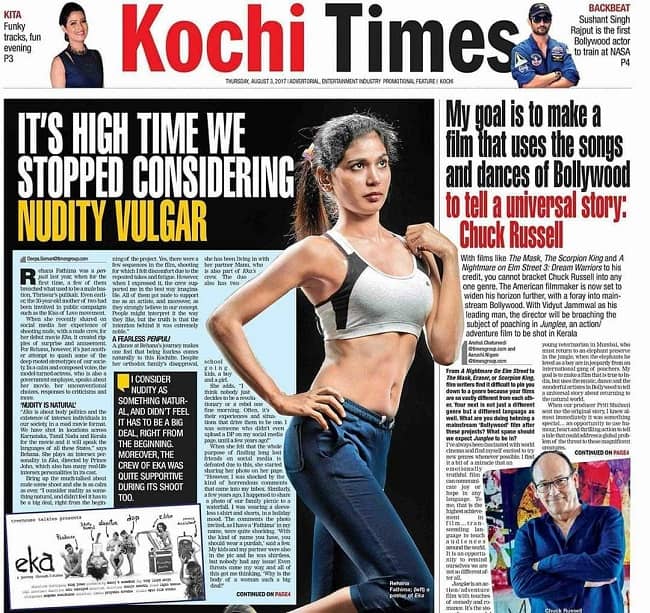 Rehana Fathima Pyarijaan Sulaiman is a fierce women’s rights activist. She was also a telecommunications technician at BSNL. However, in May 2020, Rehana was forced to take compulsory retirement. Likewise, the activist was also a model and she has also appeared in the Malayalam film Eka. It is a movie that talks about the lives of intersex persons.

Moreover, the activist was a part of the 2014 Kiss of Love protest. This was organized in Kochi and it was against moral policing. Similarly, the activist also participated in the Puli Kali. It is an annual Onam tiger mask dance. It is a popular event in Thrissur, Kerala, where we usually see the attendance of all-male troupes.

As an activist, Rehana has also been a part of a social media protest where she posted pictures with watermelons covering her breasts in March 2018. This was a protest against a university professor who said “women who did not cover their chests enough showed off their breasts like watermelons in a shop”. After the number of trolls and abusive comments piled up, Facebook took down Rehana’s photo. 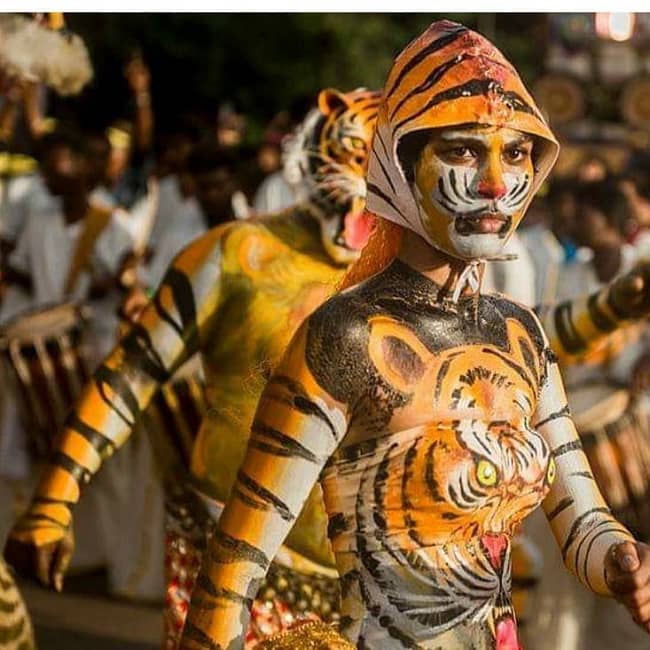 In September 2018, the Supreme Court of India lifted the ban on females of childbearing age worshipping at the Sabarimala temple in Kerala. This lift in the ban was achieved after a 20-year legal challenge. Following this decision, Rehana along with one other woman of menstruating age was almost the 1st to enter the Sabarimala temple in October 2018. Although eighty police officers in riot gear escorted the two women, a group of about 300 people blocked them at the sacred steps to the shrine. There was news afterward that Rehana’s home was vandalized.

Moreover, the same year in November, police arrested and detained Rehana for 14 days after they received complaints about a Facebook selfie from October 2018. This particular selfie showed Rehana dressed in black, forehead smeared with sandalwood paste in the Hindu tradition, and knees pulled up in front to mimic the classic Ayyappa pose. The police received complaints including that her selfie was “sexually explicit” and “wounded the religious feelings of Lord Ayyappa’s devotees”.

However, her friend, Arathy, said that the activist didn’t intend to hurt religious sentiments or be sexual or offensive. Instead, Rehana raised the question: “What about the men who go to Sabarimala bare-chested or expose their thighs? How come that’s not outrageous?”

In June of 2020, police arrested Rehana after she posted a video in which her pre-adolescent son was painting on her nude torso as The Times of India described. On 8 August 2020, Rehana surrendered before the circle inspector of Ernakulam Town South’s police.

She followed this after the supreme court denied her anticipatory bail application in which she pleaded that “the allegations prima facie would not constitute any offense punishable which are non-bailable in nature; she was an activist who has been fighting a battle against body discrimination, and there needs to be openness so far as the discussion on body and body parts are concerned” as reported by Press Trust of India.

Likewise, in November 2020, Kerala High Court ordered Rehana to not use the word “gomatha” as a synonym for beef. Gomatha is a common reference to holy or sacred cows and has religious importance in Hinduism. She used this holy word repeatedly to refer to the meat in the cooking video on social media shared in May 2020.

Subsequently, in February 2021, the Supreme Court granted a partial stay to the Kerala High Court order. The latter restrained Rehana “from publishing, transmitting, sharing, uploading or disseminating any material or comments through any public visual and electronic media, but directed that the prohibition on her spreading any comment that may affect religious sentiments will continue”.

Moreover, Rehana has more than 161.8k followers on Facebook. Talking about her net worth and earnings, Rehana’s earning details are still under review and hence are not available at present. Moreover, the popular personality doesn’t seem to be involved in brand endorsement activities. However, she will surely be working as a brand ambassador for top brands in the coming days.

Rehana Fathima Pyarijaan Sulaiman is married to Manoj K Sreedhar. Her husband is a filmmaker who participated with Rehana in the 2014 Kiss of Love protest. The lovers share two children together. 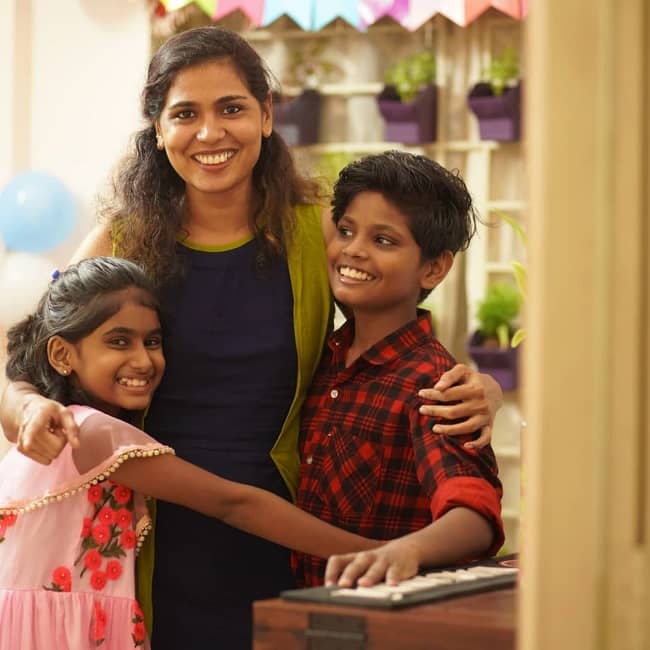 Rehana Fathima Pyarijaan Sulaiman’s height is around 5 feet 7 inches or 170 cm and her body weight is around 62 kgs or 136 lbs. Moreover, Rehana’s chest-waist-hip measures are 33-27-35 inches respectively. Similarly, Rehana has dark brown eyes and hair of the same color.

Rehana Fathima Pyarijaan Sulaiman joined Twitter in June 2015 and so far has over 1.8k followers on her @rehanafathimaas account. On Instagram, her username is @rehanafathimaas, and has more than 53.4k followers. The activist then created her “Treehouse Talkies” Youtube channel on August 19, 2011. So far, this channel has earned over 22.8 million views and 113K subscribers as of June 2021.