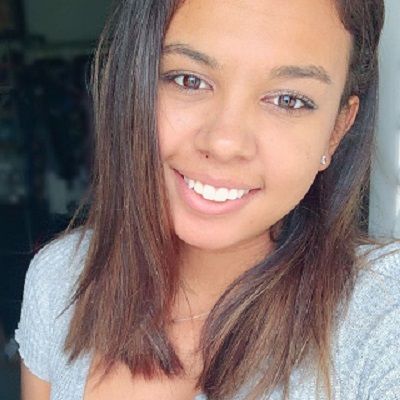 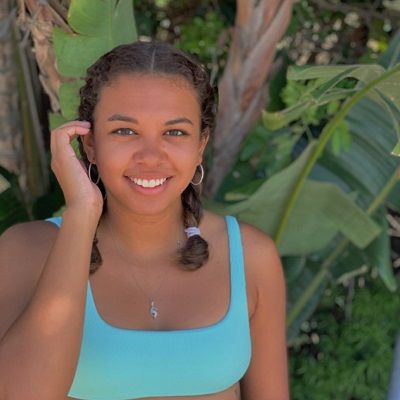 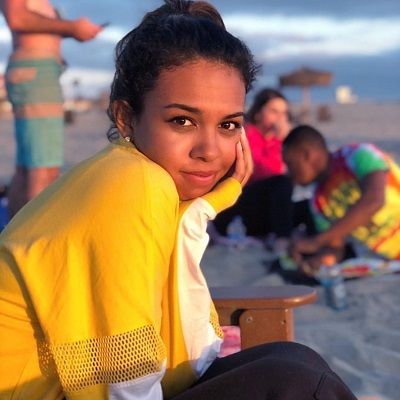 Rebecca Trujillo is an American social media influencer. Rebecca Trujillo came into fame for being the nanny of Rocco Piazza. He is the sponsored scooter rider famous for his Youtube channel, ‘RoccoPiazzaVlogs’.

Rebecca Trujillo was born on 21st May 1996 and is currently 26 years old. Her zodiac sign is Gemini. Likewise, Rebecca was born in Corona, California, in the United States of America. She holds an American nationality and follows Christianity. However, there is no information regarding her ethnic background. Likewise, about her family members, Rebecca is discreet about her family members and there is no information about her family, parents’ name. However, she has shared of having two siblings. Rebbeca has one younger brother and one younger sister.

Likewise, there is no much information regarding her childhood. However, about her likes, Rebecca is fond of hanging out near the sea. Likewise, she loves watching various types of sports and also is active in various games. Moreover, she used to play basketball during her school days. Furthermore, reflecting upon her educational background, she is an undergraduate student. Likewise, Rebecca aims at becoming a counselor after graduating as she heartily loves talking to people and helps to understand their behavior. However, there is no information regarding which educational institution she is enrolled in.

Rebecca started her career as babysitting Youtuber kid Rocco and Emma Piazza and later she turned into a nanny. Likewise, being a nanny, she lived with the Piazza family and all her expenses were paid off by the family itself. Moreover, she began living with them after her personal family problems and troubles. Holly Piazza, mother of Rocco and Emma decided to step up as a mother figure for her, and then Rebecca too accepted to be a nanny for the Piazza family.

Likewise, Rebecca began appearing in Rocco’s vlogs which was immensely popular since beginning. Similarly, with this, she also made constant appearances in the family videos and photographs. Additionally, she used to do edits and upload the family vlogs. However, as things did not go well personally between Rebecca and Holly, she decided to leave her job at Piazza. However, at present, she still does babysitting professionally. 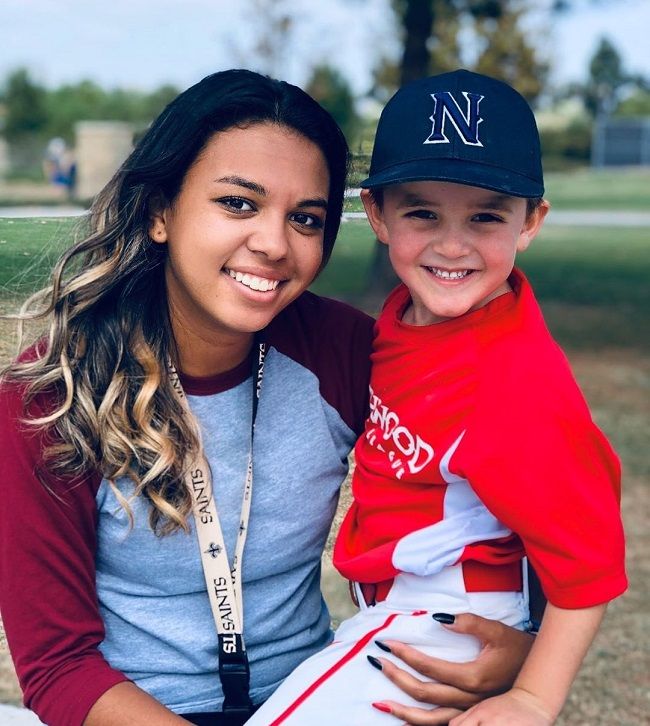 Caption: Rebecca in her work as a baby sitter. Source: Instagram

Furthermore, after the split with the family, she started posting on her own Youtube channel. Rebecca joined the Youtube channel since 7th April 2010 and has over 6 million views on her self-titled channel ‘Rebecca Trujillo’. Even though she opened the channel back then but she posted her first video only after living the family. Her first video is ‘The Truth… Why I left Rocco Piazza Vlogs’ which she posted on 29th June 2017 and it has more than 1.1 million views. This video was the chronicle to her break from her regular family’s vlog and also the expose of the truth behind leaving the family.

Many of her followers and others started supporting Rebecca and started posting #teambecca after her split with the family. Similarly, after this, she began uploading videos of her boyfriend and their relationships. Rebecca started posting challenge videos, tags, and reaction videos. Likewise, her most popular video is ‘My Brother is Anthony from Team 10?’ she posted on 8th August 2017 and has 1.9 million views. Similarly, her other popular videos are, ‘The Truth… Why I left Rocco Piazza Vlogs’, ‘Interviewing my Ex Boyfriend & His Girlfriend..’, and ‘Song Lyric Prank Goes Wrong! *My Ex Boyfriend’.

Rebbeca gained mass attention through her controversy in the previous workplace. She decided to leave the Piazza family after Holly started spreading rumor behind her back. Holly stated that Rebecca constantly used the family’s money for her personal benefit and was lacking a professional to perform her duty as a nanny. Additionally, Holly was not satisfied with Rebbeca’s relationship and complained of irregularity in her schedule.

Moreover, Holly ended up throwing Rebbeca out of work and did not even pay her dues. Furthermore, Holly made videos of demeaning Rebecca and also spread many fake stories on Instagram to degrade Rebecca’s reputation.

Rebecca is a full-time Youtuber and also a Nanny. Her primary source of income is Youtube. Likewise, her net worth according to various online sources is $10 million. Moreover, she also recently purchased her dream car Volkswagen Jetta SE.

Likewise, Rebecca is straight and in a relationship. She is dating United States Mariner Shaun Wood. Moreover, recently they have announced their engagement and are hoping to marry soon. 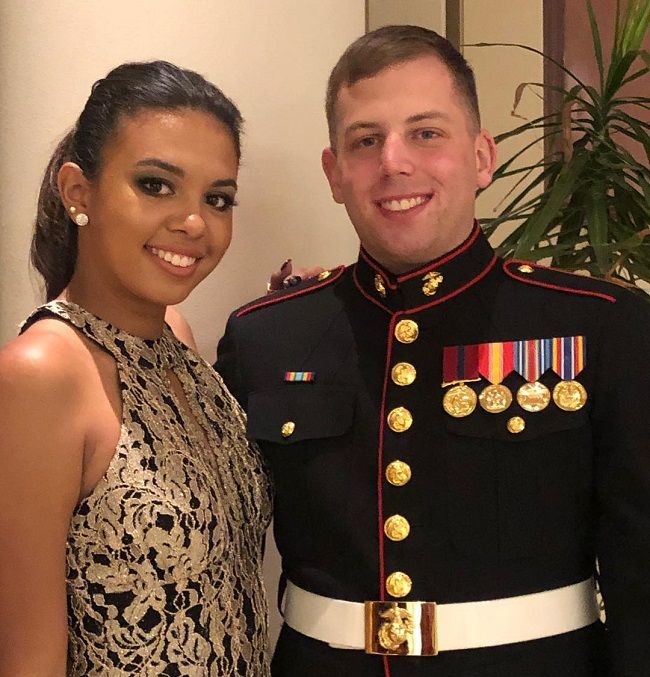 There is no information regarding her body measurement, height, and weight.  However, looking at her physical appearance, she has highlighted blonde hair and dark brown eyes color. Likewise, she has a lean body type.