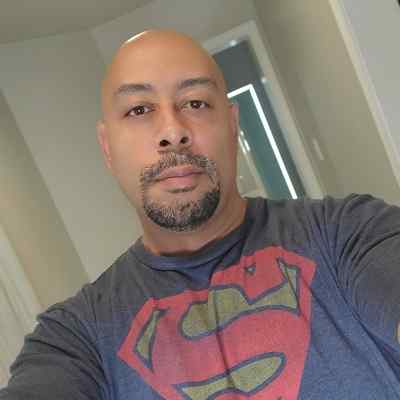 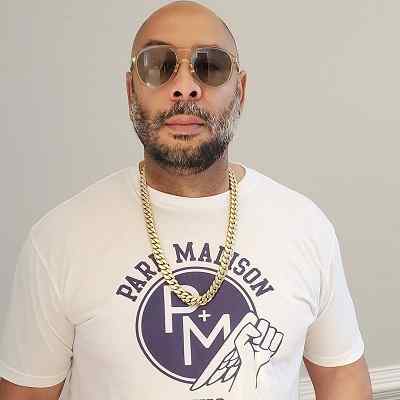 Raymond Santana is an American producer, businessman, activist, as well as Fashion designer. Raymond Santana is widely popular as one-fifth of the infamous Central Park Five. He served five years in prison for a rape and assault that he did not commit. He then went on to support the 2019 Netflix mini-series about that incident “When They See Us” publicly.

Raymond Santana was born on September 7, 1974, in the United States of America. He is 46 years old and is under the zodiac sign, Virgo. He holds American nationality.

His father’s name is Raymond Santana Sr. but Santana’s mother’s name is not available at the moment. However, his mother passed away due to cancer in the year 1993. Other than this, information regarding Raymond’s siblings, cousins, grandparents, and any other family members is not available to date. Also, Santana barely speaks about his family members in front of the camera and the public. He wants to keep his personal and family life as private as possible and away from the limelight.

Regarding Raymond’s educational background and qualifications, he was able to study and get his degree while he was still in jail. He completed his graduation along with his friends Yusef and Kevin who were victims of the case in the year 2017 from Bronx Preparatory High School. 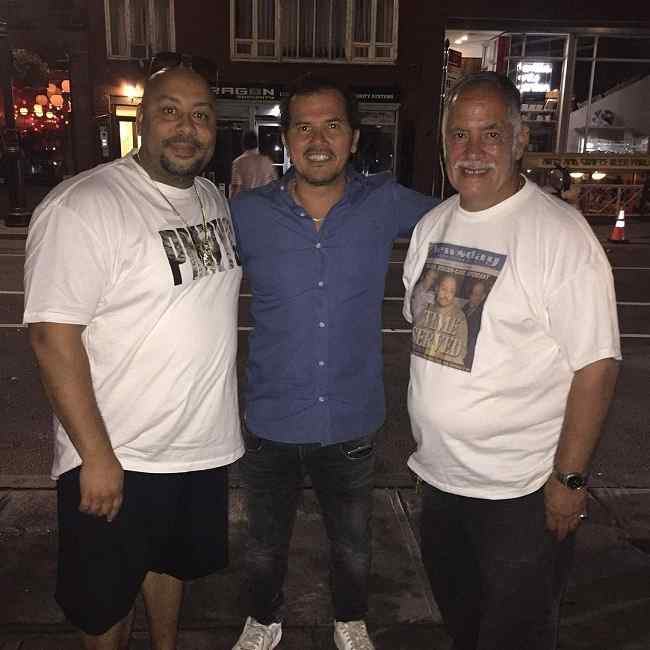 Caption: Raymond Santana and his dad with a friend (Source: Instagram)

Raymond Santana is one of the five teens from the infamous “Central Park joggers” assault and rape case. He was just fourteen years old when the incident occurred. He got accused of involving in the crime along with the other four people who were also his friends. Raymond came out of jail after spending five years in it. After his release from jail resentment, he along with his others five friends filed a lawsuit against the newspaper for malicious prosecution, emotional distress, as well as racial discrimination.

However, even after coming out of jail, Raymond Santana was having a hard time adopting civilian life. Even though he was trying to live a normal life, he confessed that he can’t enjoy his life like before the incident. And, the media portals were always looking for him to get something negative like he was at fault or guilty.

Moreover, Raymond Santana is now the founder of a clothing company ‘Park Madison NYC’ and is a businessman. He is now living his life as normally as possible along with his family and friends. He is also a producer and is popular for Bloodsworth: an Innocent Man, When They See Us, and The Central Park Five.

There was a lot of debate on social media about the jogger assault and rape case in the year 1989. The five teens; Yusef Salaam, Korey Wise, Antron McCray, and Kevin Richardson including Raymond Santana were the innocent victims of this case. Trisha Meili who was raped and assaulted was jogging at the nighttime in Central Park, New York City. Later on, she was unconscious with severe damage to her skull as well as the blood drained out of her body.

Likewise, after prolonged periods of investigation, the five teens who were arrested were confessed to actually being the victim of the attacks. Matias Reyes who was the real person behind the rape and assault confronted the responsible for the case after 12 years. Matias confessed to the police details about the assault and rape which wasn’t public knowledge and his DNA matched that at the scene of the crime as well. He then also found guilty of another rape two days before the Meili incident but he was never a suspect in the Central Park Jogger case. During the incident, Matias Reyes had been convicted of a string of rapes and a murder and was in prison. Moreover, Reyes came across one of the Central Park Five, Korey Wise, twice during imprisonment.

Eventually, after DNA testing, the five men overturned the conviction whereas Matias Reyes is currently serving for those crimes. Later on, Raymond Santana along with his other four friends filed a lawsuit in court against the newspaper for printing malicious prosecution, emotional distress, and also for racial discrimination. Furthermore, they received $41 million in the settlement. Moreover, Santana’s friend, Korey Wise was sentenced as an adult and so spent the longest time in prison and was able to receive the biggest share of $12 million.

During his time in jail, Raymond Santana had always got his back as well as the support of his family and the love of his life. After few years of coming out of jail, he married his long-time girlfriend Nekesta Samone Shelton. But, they separated and are no longer together. However, the reason for their separation is unknown until now. Likewise, the couple has a daughter together and her name is Melia Symone.

Moreover, Raymond Santana remarried Flavor of Love alum Deelishis on June 7, 2020, after six months of their engagement in December 2019. Deelishis also has two daughters from her previous relationship. The family seems to be very happy together and is living happily together. 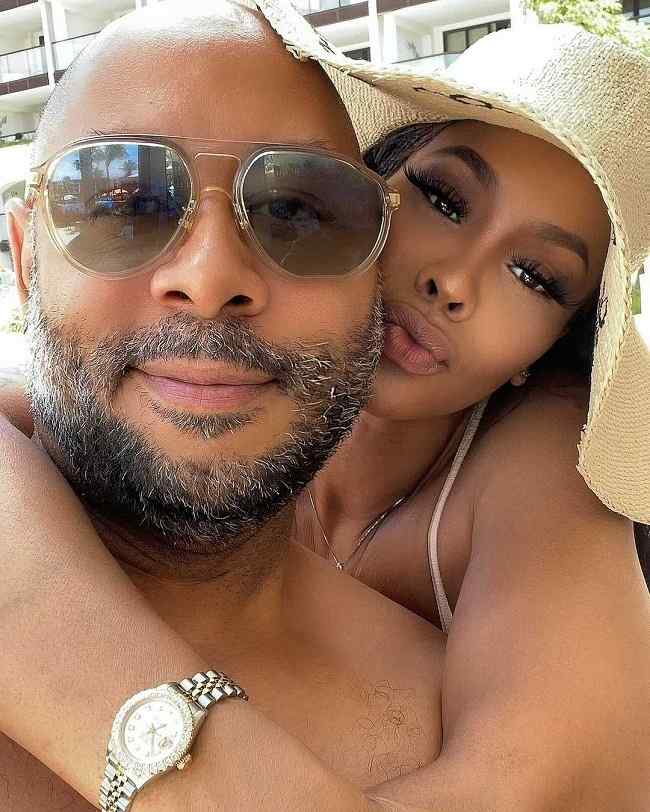 Caption: Raymond Santana along with his wife, Deelishis (Source: Instagram)

Raymond Santana has a height of 5 feet 10 inches and his weight is 81 Kg. Focusing on his other body measurements such as his chest size, waist size, and hip size, their sizes are 44-36-35 inches respectively. Moreover, Raymond has black hair and dark brown eyes and also has a beard and mustache. 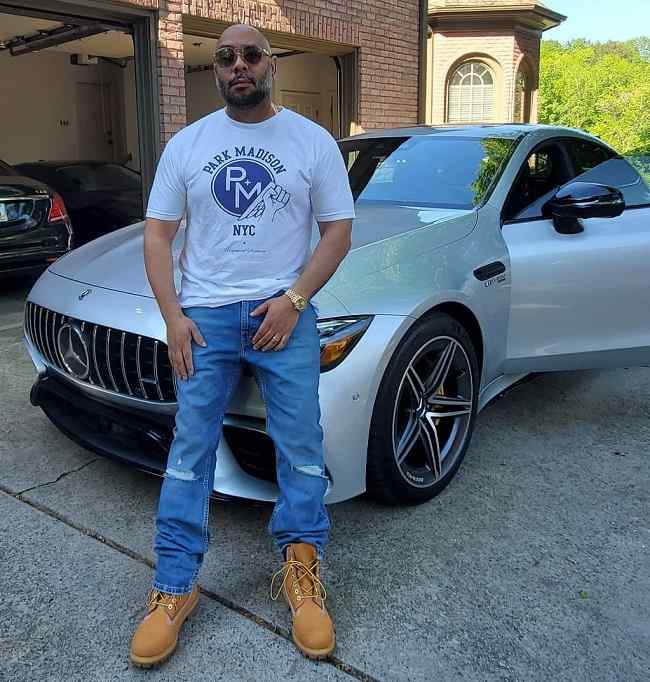 Raymond Santana is pretty active on all of his social accounts. He owns an Instagram account under the name “santanaraymond” and has garnered 427K followers until now. He is also active on Twitter and has mustered 31.8K followers on it.

According to exactnetworth, Raymond Santana has a net worth of $5 million and his main income source is his business and his clothing line. He does not endorse any brands as of now.