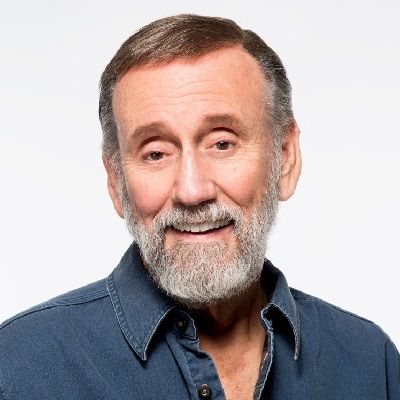 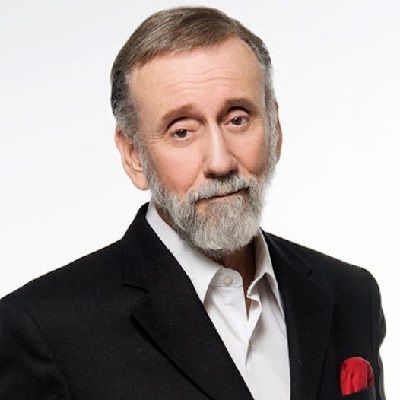 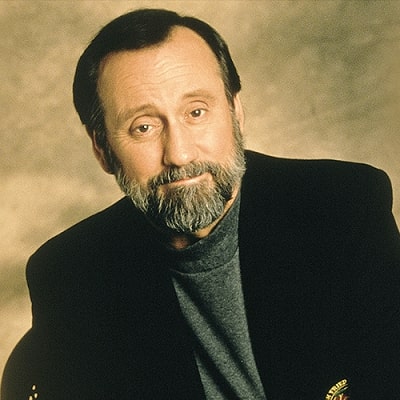 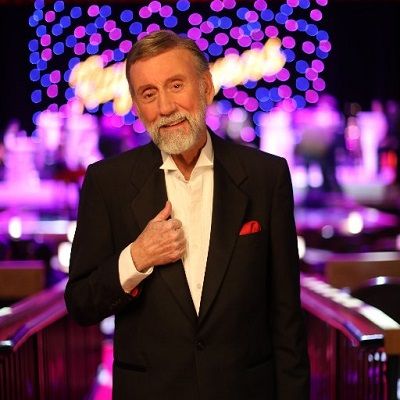 Ray Stevens is an American country & pop singer and songwriter. Ray Stevens is also a comedian. He is well-known for his Grammy-winning recordings like “Everything Is Beautiful” and “Misty”, and comedic hits like “Gitarzan” and “The Streak”.

Ray Stevens’s full name is Harold Ray Ragsdale and he was born on 24 January 1939. He is originally from Clarkdale, Georgia, the U.S., a small cotton mill town twenty miles north of Atlanta and he is currently 83 years old. Following his high school graduation, he then enrolled at Georgia State University as a music major.

Talking more about his family, his mother is Frances Stephens Ragsdale and his father is Willis Harold Ragsdale. Moreover, he has a brother named John Ragsdale who is an actor and writer.

Beginning of his Career

His early influences came from the radio and the jukebox at the village swimming pool where he and most kids spent their summers. In those days, radio stations were very diverse and played music of all different styles. This, along with the records that the jukebox played helped him expose to an eclectic selection of music.

As a seven-year-old taking piano lessons, he realized his interest in music. By the time he was a teenager in Albany, Georgia, he had absorbed many of the great Southern musical influences. His genres ranged from country to rhythm and blues. At the age of fifteen years, he sang and played piano in a band, the Barons and they played all over the area for the American Legion, the Elks, private parties, anywhere.

Similarly, at the age of seventeen years, he moved to Atlanta and there he met radio personality and Georgia Tech football broadcaster, Bill Lowery. In the year 1957, while he was still in high school, he made his first trip to Nashville and recorded his first track titled Silver Bracelet. He did so at the now historic RCA “B” studio. On this trip, he met Chet Atkins, the head of A&R for RCA. The duo formed a lasting friendship. His first track was a hit in Atlanta.

Shortly after that, he left Prep Records and went to Capitol. Capitol is its parent label. In the year 1958, he recorded some tracks for Capitol. During this time, Bill Lowery formed the National Recording Corporation (NRC). NRC had a little studio that wasn’t exactly the state of the art but was somewhere to play and record. Ray, Jerry Reed, and Joe South among several others showed up daily bugging the engineer to let them record. 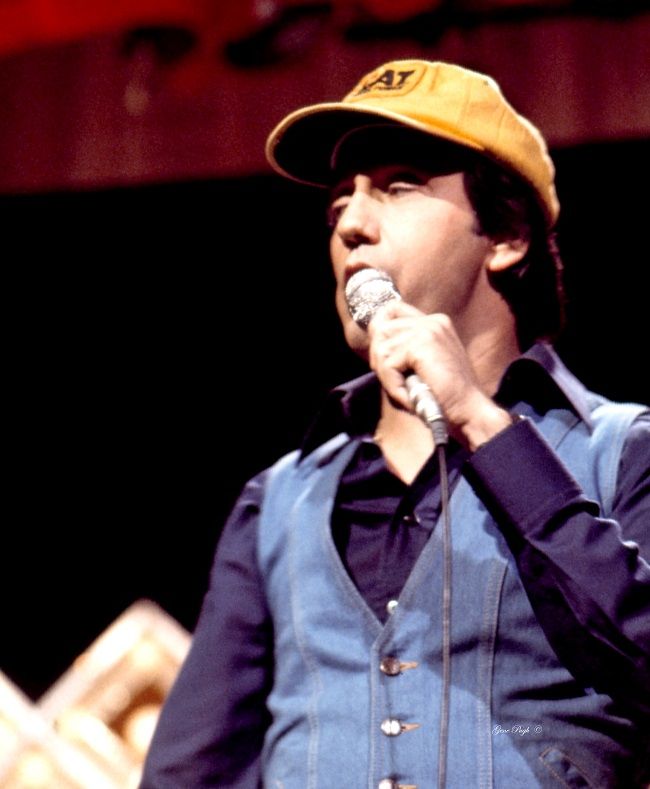 Later, he returned to Atlanta and finished high school. He then started college at Georgia State University and studied classical piano and music theory. He left school during his junior year and in 1961 recorded a song called Jeremiah Peabody’s Poly Unsaturated Quick Dissolving Fast Acting Pleasant Tasting Green and Purple Pills. The song went to #35 on the pop charts. At that point, his wide range of talent landed him a job with Mercury Records in Nashville.

Moreover, he arrived in Music City on 2 January 1962 and worked on countless sessions as a pianist, arranger, and vocalist in his first year alone. It was in one of those sessions that he recorded, Ahab the Arab. This song climbed to #5 on the pop charts in the year 1962.

On several occasions, he used to sing with the Jordanaires. He also played on a session for Elvis Presley and it was the only Elvis session he ever played on. Similarly, he played trumpet with Charlie McCoy. Several years later, he published Way Down, Elvis’ last hit before he passed away.

Moreover, at Mercury, he also recorded Harry the Hairy Ape and Santa Claus is Watching You. After that, his recordings tapered off. He spent his time in the studio producing and not focusing on his music. Soon he left Mercury and joined Monument Records. There, he was the producer overseeing new artists. One of those new artists was a young Dolly Parton.

In the year 1969, the jungle band comedy Gitarzan returned him to the pop charts’ top ten. On the country front, he recognized the talent of a young Nashville writer and became the first artist to record Kris Kristofferson’s Sunday Mornin’ Comin’ Down. Later in the same year, he hit the pop charts again with a revival of the old Coaster Pop/R&B hit, Along Came Jones.

Moreover, he joined Barnaby Records in 1970. It is a label owned by singer Andy Williams. After he performed on Williams’ television variety show, he became Barnaby’s first contemporary artist. In the summer of 1970, he had the opportunity to host the replacement for Andy Williams’ Show on NBC.

Furthermore, he needed a hit song for the show and it was Everything is Beautiful. Everything is Beautiful was the result of three days spent in his basement at his piano surrounded by crumpled paper. This song also became his first #1 hit on the pop charts and won him a Grammy for Male Vocalist of the Year.

For the next few years, he continued to release music from gospel to comedy. Then in 1974, while flying to Los Angeles, he read an article about a new fad among college students called streaking. He was inspired and hence he jotted down a few notes. He then decided to work on a song about it later. This resulted in The Streak and it was also his second #1 hit on the pop charts.

In the year 1975, he received his second Grammy Award. It was for the Best Arrangement category for the remake of the Erroll Gardner/Johnny Burke classic, the song Misty. One day, while rehearsing in the studio, his band for an upcoming television appearance started clowning around with Misty using a banjo, fiddle, and steel guitar. It sounded good and hence he called his engineer to record the arrangement.

From 1979 to 1984, he signed with RCA Records. Shriner’s Convention, inspired by the real experience in a hotel booked full of Shriners, was his major hit during that time. Then in 1984, he signed with MCA Records and had hits with The Mississippi Squirrel Revival and It’s Me Again Margaret. He also continued to record for MCA until 1990. After that, he signed with Curb Records.

Later, in 1991, he opened his two thousand-seat Ray Stevens Theatre located in Branson, Missouri. Then from 1991 to 1993 during the tourist season, he performed twice a day, six days a week for 1,600,000 fans. Moving forward to the year 2004, he reopened the show for another season. Then in 2006, he closed the show permanently by selling the theatre.

During his time in Branson, he made music videos of several of his greatest hits to liven up the stage show. Those videos received such positive feedback that they were released through his own Clyde Records, Inc. in 1992 and made available for purchase through a mail-order and television ad campaign.

Additionally, Comedy Video Classics sold very successfully over two million copies. He then released Ray Stevens Live! in 1995. It is a video from the Branson show that sold over a million copies. Later in 1995, he made Get Serious, a full-length movie. The movie earned platinum status from TV advertising and was released to retail outlets by MCA Records in late 1996.

In the year 2007, he decided to record exclusively for his label, Clyde Records, Inc. He changed the label from the direct market only to a full-service label that would make releases available to retail and for download. It also allows the control of the timeline in which new recordings are released. New Orleans Moon is the first release from Clyde Records. The CD includes many great standards like Do You Know What it Means to Miss New Orleans, Saint James Infirmary, and Randy Newman’s Louisiana. 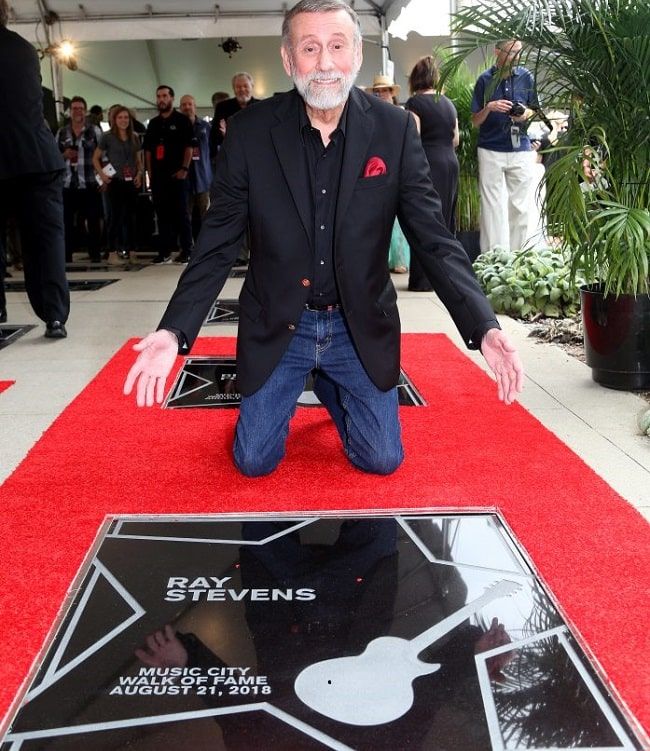 He later released We The People, a CD/DVD package, in April 2010. It contained music tracks and videos on subjects that were Political and Patriotic. Due to its popularity, he recorded and released Spirit of 76, a CD of more songs on Patriotic and Politically satirical themes in early 2011. Then he released a DVD titled Internet Video Hits which contains a DVD with 10 videos made especially for the internet that drew over 20,000,000 unique internet views.

Furthermore, he also published a book titled Let’s Get Political. It uses the titles of the songs from the two CDs above to allow him to expand his thoughts on those subjects in 34 essays. Some of these essays have been published in major newspapers and on major websites like Fox News Channel.

He released Labor of Love the “Encyclopedia of Recorded Comedy Music” in 2012. This effort took him over two years in the studio recording what he says are the songs that made him who he is today. He also researched and wrote extensive liner notes on all of the songs and included those along with a “History of Comedy Music” piece written by Don Cusic as well as the writer/publisher credits in what he calls the “owner’s manual” of the project.

Moreover, in 2015, he released “Ray Stevens’ Nashville”. It is a memoir of his life in the music business. He attended several book signings in Barnes & Noble Stores. Later that year, his 30-minute TV Show of the same name debuted on RFD-TV.

In January 2018, he started his Ray Stevens CabaRay Showroom in Nashville to rave reviews. The music venue boasts a 700-seat Vegas-style dinner theatre where fans can count on being thoroughly entertained by Ray himself in full concert and enjoy a great dinner & beverage service.

Stevens also finds the time to host and produce his Ray Stevens CabaRay Nashville TV show. It is a 30-minute weekly music /talk show that airs on PBS and RFD-TV and is filmed on the CabaRay stage. In the year 2019, he was elected as the newest Country Music Hall of Fame member. Moreover, in the year 2018, Stevens was also honored with the Music City Walk of Fame on August 21st.

Throughout his career, he has sold more than 40 million albums and continues daily office operations at his home base, his Music. He also brought us the pop classic Everything is Beautiful, the insightful Mr. Businessman, and the Grammy Award-winning arrangement of Misty.

Moreover, he has memorably imitated everything from Tarzan movies to trendy crazes and he created his very own genre of comedy classics. His genre of music spans pop, country, rock, bluegrass, and comedy. Moreover, he has delivered entertainment via audio recordings, music videos, television shows, concert stages, and the written word. Moreover, he is also performing at Ray Stevens CabaRay Showroom in Nashville, Tennesse in 2020.

Ray Stevens is a married man and his wife is Penny Jackson. The couple has two children together namely Suzi Ragsdale and Timi Jones. Both are daughters. Moreover, he suffered from cancer in 1999 but fortunately recovered after a successful surgery. 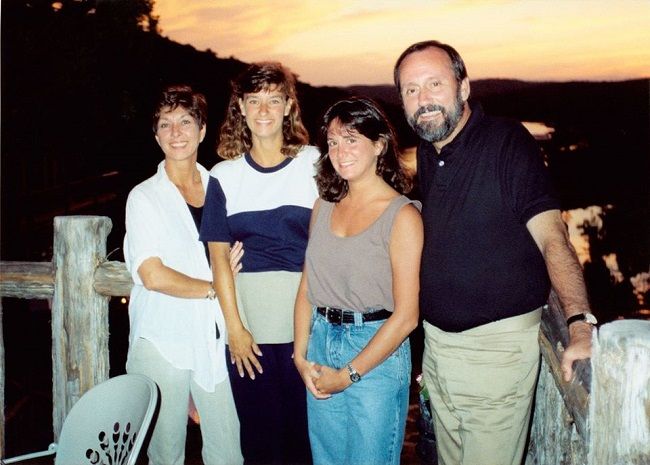 Caption: Ray Stevens with his wife and daughters. Source: Facebook

Ray Stevens is available on various social media platforms. He joined Twitter in April 2009 and so far has 7.2k followers. Likewise, he has 30.9k followers and 968 posts on his Instagram handle as of April 2020. He also has a Facebook page with 328k followers. Moreover, he also has a self-titled Youtube channel with 179k subscribers.

Moving on, his net worth estimation is around 15 million dollars. He earns through his music productions, shows, etc.