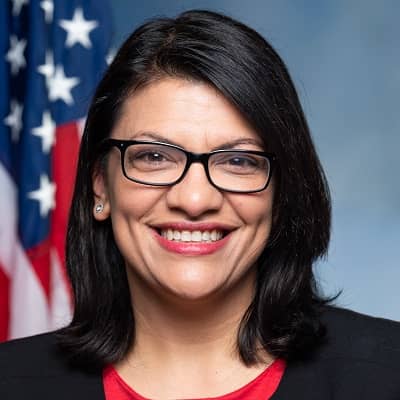 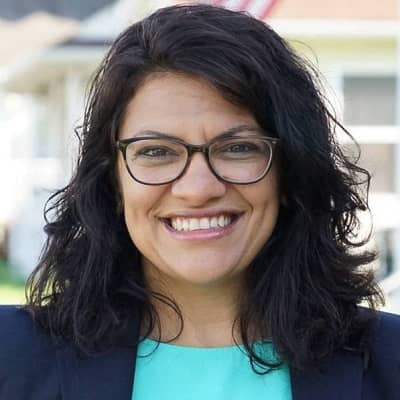 Rashida Tlaib is an attorney and politician from Detroit, the United States. Moreover, she has served in the Michigan House of Representatives from Democratic Party. Rashida also represents Michigan’s 13th district in Congress.

Rashida Tlaib was born in Detroit, Michigan, the United States on July 24, 1976. Her zodiac sign is Leo and she is currently 45 years old. Moreover, her real birth name is Rashida Harbi Elabed. she is also the oldest of fourteen children born to Palestinian immigrants. Her father is from Beit Haina and her mother is from Beit Ur-El Foka, Ramallah. Moreover, she is of Palestinian ethnicity and holds American nationality.

Additionally, she served as the family translator during her childhood while her family spoke Arabic at home. Besides that, there is no more information regarding her parents, siblings, and early childhood life. Looking at her success, we can assume that she was well raised by her parents in her hometown.

Rashida Tlaib started working for the Arab Community Center for Economic and Social Services (ACCESS) after receiving her degree. In 2004, she started her intern for a Michigan state representative and joined the legislator’s staff in 2007. She became the first Muslim woman after becoming the Michigan House of Representatives in 2008.

Moreover, she fought against pollution affecting her constituents as a state legislator. Furthermore, she also served three terms from 2009 to 2014 before facing term limits. In 2014, she also ran for the Michigan Senate but failed to win. 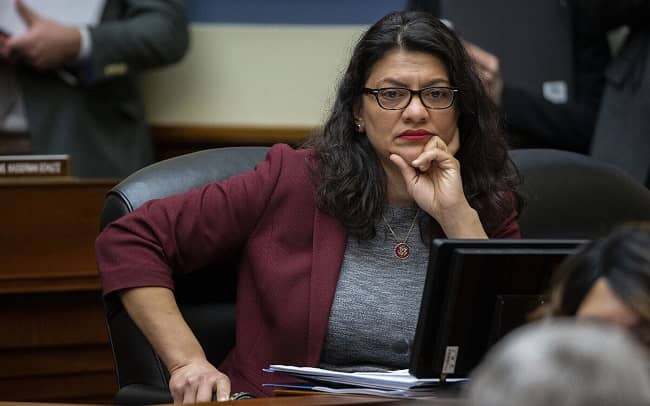 Caption: Rashida Tlaib as a United States Representative (Source: The Times of Israel)

She also spoke up about sexual harassment by a Michigan director of the American Arab Anti Discrimination Committee before the “Me Too” movement. Moreover, the Michigan director resigned from his post in 2013 due to the allegation made against him. she worked for the Sugar Law Center for Economic and Social Justice after completing her term in the state legislature.

Moreover, she handled matters ranging from anti-bigotry initiatives to standing against tax breaks for wealthy people and businesses during her work in Sugar Law Center for Economic and Social Justice. During Donald Trump’s campaign as the Republic presidential nominee in 2016, she shouted at him to ask if he would ever read the Constitution and was thrown out of a Michigan event.

She won a race by 900 votes and became the Democratic nominee in Michigan’s 13th district in 2018. Moreover, she received 88.7 percent of the vote in the 2018 general election. Furthermore, she became the first Palestinian American woman elected to Congress. Additionally, she also favors progressive priorities like $15  minimum wages, Medicare for all, debt-free college, and immigration reform as a member of the Democratic Socialists of America. Moreover, she also proposed legislation to expand federal civil rights law, decried the impact of corporate money on politics, and marched against police brutality. In 2020, she won the general election against the Republican candidate.

During an interview in May 2019, she spoke about the formation of Israel resulted in some Republicans taking her words out of context and accusing her of antisemitism. she also backs the Boycott, Divestment, and Sanctions campaign, which attempts to pressure Israel to change its policies against Palestinians. Israel’s government opposed the movement and banned her and Omar from making a planned visit to Israel.

Rashida Tlaib – Achievements and Net Worth

Talking about Rashida’s awards and nominations, she hasn’t won them so far. Moreover, looking at her success and fan following, we can presume that she will certainly win some of them in the coming years.

She has garnered a significant amount of money as an attorney and politician. The estimated net worth of her is around $800 thousand US dollars. However, there is no further information about her salary and other sources of income. Likewise, the politician is not inclined towards any brand endorsements as of now. Being a public figure, she is mindful of products she endorses and has kept quiet in the matter as of now.

Rashida married her husband Fayez Tlaib at the age of 22 in 1998. Moreover, she and Fayez have two sons named Adam and Yousif. However, she and Fayez divorced in 2015 but there is no information about their divorce. The spokesperson referred to her as a single mother in the 2018 campaign. 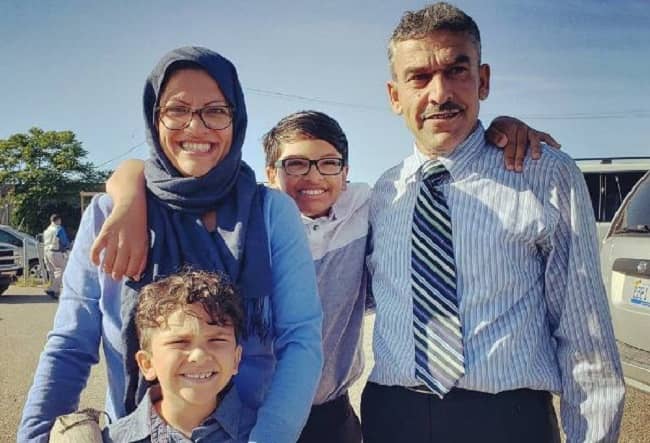 Talking about the rumors and controversy, she’s not a part of them until now. Besides that, she is focusing on her personal and professional life. Moreover, she likes to keep a distance from the rumors and the controversy.

Rashida Tlaib stands at 5 feet 4 inches tall and weighs around 55 Kg. she has black hair and black eyes. Moreover, her bra size is 33B and her body measurements are 34-28-34. 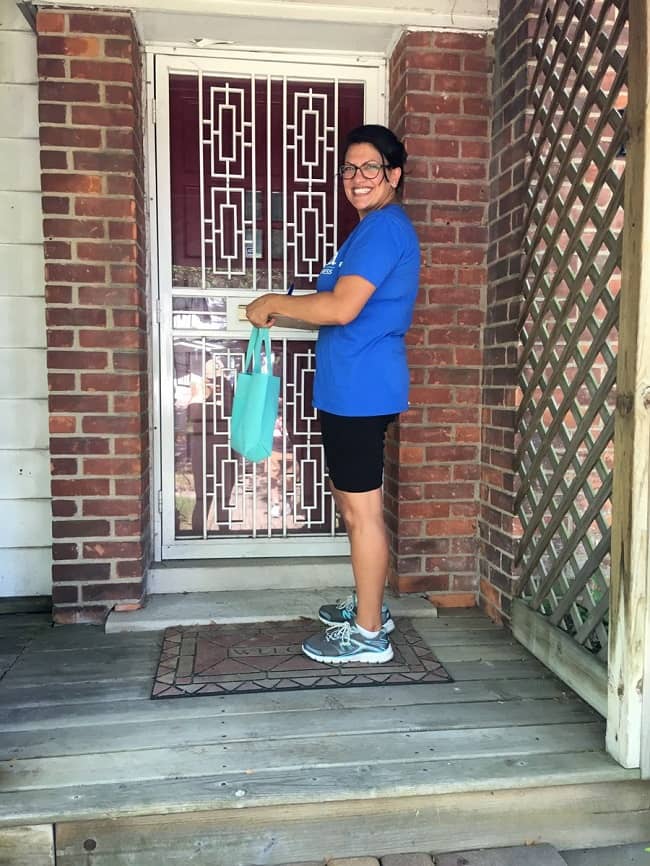