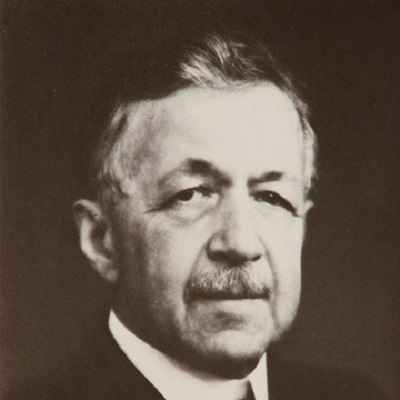 Raphael Beck was a talented American artist. Raphael Beck is best known for being the last person to paint President William McKinley’s last portrait during his Last Great Speech at the Pan-American Exposition on 5 September 1901.

Raphael Beck was born on 16 November 1858 and he was 88 years old at the time of his demise on 29 May 1947. He hailed from Lancaster, Pennsylvania, and his zodiac sign was Scorpio. Likewise, his full name is Abram Raphael Beck.

Talking about his family, his father was J. Augustus Beck. Raphael’s father was an accomplished artist who designed the basrelief at the foot of the Washington Monument. Likewise, he had seven younger siblings.

Regarding his educational journey, Raphael studied with his father and traveled to Europe for 2 years at the young age of 20 years old. He did so to study in Munich with the famous landscape artist – Paul Weber. Later on, he also attended the Académie Julian in Paris.

Professionally, Raphael Beck was a talented artist best known for his work related to the Pan-American Exposition. At the young age of 20, this personality traveled to Europe to study in Munich under artist Paul Weber and also at the Académie Julian in Paris.

Following his return to the States, this personality started his 1st major commissioned work. Raphael’s 1st major work was a series of murals for the capitol building in Harrisburg, Pennsylvania. Around this time, this personality also settled in Lockport, New York, establishing a studio in Buffalo.

Likewise, this personality produced a wide variety of artworks including stained glass windows, life-size masks, etchings, watercolors, oils, and large murals. His works also include a mural of the opening of the Erie Canal, a portrait of General Lafayette, and an oil painting of the pilgrims landing at Plymouth, Massachusetts, among others.

Caption: Raphael Beck’s art was selected as the official logo for the Pan-American Exposition. Source: Wikipedia

Similarly, this artist maintained his studio in Buffalo for 30 years. Raphael went on to design the logo for the 1905 Lewis and Clark Centennial Exposition in Portland, Oregon. Moreover, the logo of two women in the shape of North and South America – holding hands through Central America came to be the most recognizable symbol of the Pan-American Exposition.

This artist’s design was chosen as the official logo by the Pan-American Exposition Company from over 400 entries. After it was copyrighted in 1899, this artist was awarded $100 for his work.

Furthermore, this personality’s design appeared on a variety of souvenirs ranging from pins, paperweights, and postcards to decks of cards, clocks, and toothpick holders although the Exposition’s executive committee had originally planned to use the Beck design “only for dignified purposes”.

Additionally, Raphael painted what would become President William McKinley’s last portrait. During president McKinley’s visit to Buffalo, this artist arranged to observe him during his tour of the Exposition.

With the preliminary sketches for the portrait completed, this personality left Buffalo for a business trip to New York City. The artist was in New York when the President died. Following this, Raphael went to work immediately to complete the late president’s portrait.

Subsequently, Raphael named this painting President McKinley Delivering His Last Great Speech at the Pan-American Exposition, Sept. 5, 1901. This portrait was hung in the U.S. Senate and later became a property of the Buffalo History Museum. 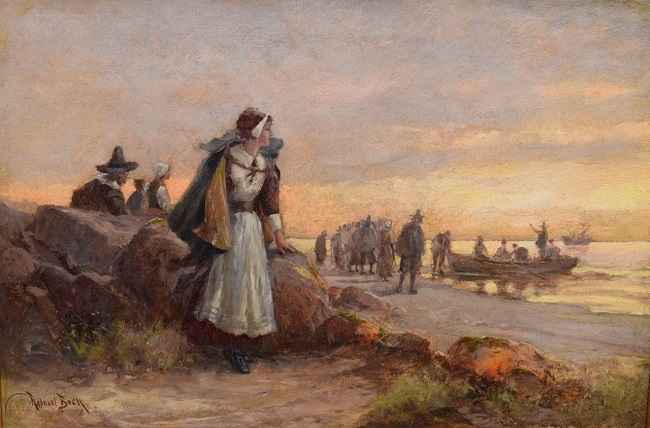 Raphael Beck married Frances Hall after his return from Europe. The two met each other after Raphael settled in Lockport, New York, in 1880. This lovely couple had two children namely son Frederick D. Beck and daughter Phyllis Beck-Van Demark. Their son lived from 1900 to 1999 whereas their daughter lived from 1909 to 2005.

Sadly, Raphael passed away on 29 May 1947. At the time of his demise, this personality was 88 years old. Moreover, Raphael is buried at the Lockport Glenwood Cemetery.

There is no verified information related to Raphael Beck’s body measurements including his height, weight, chest-waist-hip measurements, dress size, biceps, etc. There also are no colored photographs of Raphael available on the internet. Therefore, there is no way to confirm what colored hair and eyes this artist had.

Raphael Beck doesn’t have any personal or official social media profiles on platforms like Tiktok, Twitter, Facebook, Youtube, Instagram, etc. At the time Raphael was alive, these platforms were not even introduced to the world. Raphael didn’t even get to experience how the internet worked.

Moving on, Raphael Beck had a net worth ranging from $1 million to $5 million US dollars. Raphael made his earnings and net worth through his successful career as a talented artist.