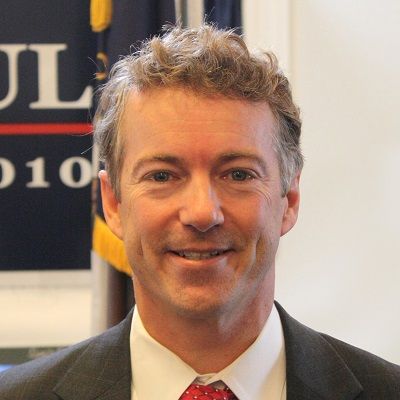 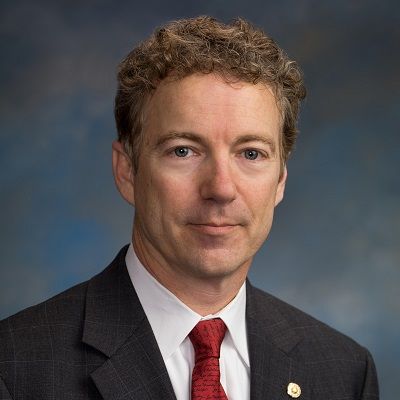 Rand Paul is a junior United States Senator from Kentucky who has been serving since 2011. Rand Paul is an American politician and physician. Before becoming a politician, Paul is a doctor and an ophthalmologist. Recently, he became the first Senator to test positive for the global pandemic COVID-19.

Rand Paul, the Kentucky Republican, is the first US senator to test positive for coronavirus. His case gave rise to an even greater sense of urgency in Senate negotiations over a massive stimulus package. The negotiations had yet to come together Sunday afternoon as other senators decided to self-quarantine.

Being aware of his extensive travel and compromised health, Senator Rand Paul quietly went for the novel coronavirus on March 16. However, he didn’t take any steps to self-quarantine before his results were out.

For the six days that his results were pending, the Kentucky Republican continued to cast votes on the Senate floor, deliver a speech lambasting a coronavirus aid bill and met with other GOP senators in strategy sessions. All of these events defied federal advisories warning against gatherings of more than 10 people.

Paul’s office posted to his Twitter account Sunday, 22nd March. As per the statement, he is feeling fine and he did the test out of an abundance of caution. However, some senators and aides are angry at Paul. It is so for not doing more to self-quarantine earlier and for potentially exposing senators to the coronavirus.

Nevertheless, Paul defended criticism of his judgment and said in a statement on Monday that it was his “extra precaution” that led him to get tested. He said:

“For those who want to criticize me for lack of quarantine, realize that if the rules on testing had been followed to a tee, I would never have been tested and would still be walking around the halls of the Capitol. The current guidelines would not have called for me to get tested nor quarantined. It was my extra precaution, out of concern for my damaged lung, that led me to get tested.” 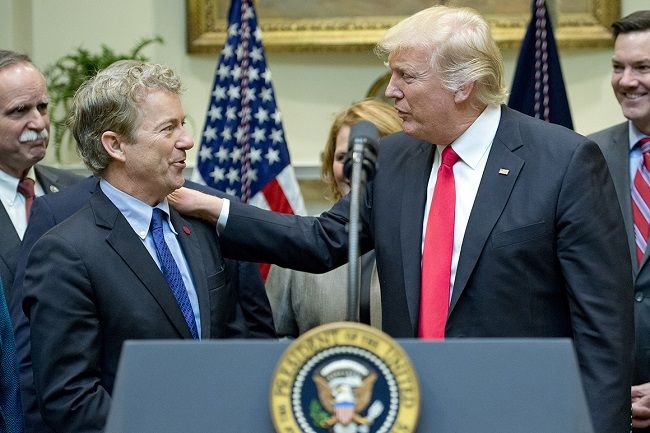 Reaction from other Senators

A few weeks ago, he attended a major black-tie social event in Louisville, Kentucky. There, several attendees subsequently tested positive. This includes the wife of Louisville Mayor Greg Fischer.

Senate Majority Leader Mitch McConnell told fellow senators on Sunday during a lunch that Paul got tested because he had been at that event. After learning that he tested positive, Utah Senators Mike Lee and Mitt Romney both announced they would self-quarantine.

The Republican Party senators told CNN that Paul was in the gym with colleagues Sunday morning, and several pointed out how close Paul had sat to others during Senate lunches in recent days. Senator Jerry Moran of Kansas also said that he saw Paul in the Senate swimming pool on Sunday.

Moreover, Senate Majority Whip John Thune of South Dakota also said on the Senate floor that the senators will be seeking medical advice. Additionally, fellow senators are especially frustrated with him because he is also a doctor. They feel that he should have known better. Also, Senator Ted Cruz of Texas and other members of Congress self-quarantined in recent weeks after they near someone who tested positive.

Why did Senator Paul decide to test for the virus?

On March 15, Rand Paul learned that two individuals at an event he attended in Kentucky tested positive for coronavirus. One of those events was Speed Art Museum’s March 7 “Speed Ball” event.

Although he didn’t interact with them, he got the test soon and sources said, he did so after thinking about the particular vulnerability of those with respiratory and lung issues. In 2019, Paul had part of his lung removed after a 2017 attack by his neighbor at his home in Bowling Green, Kentucky. Due to the attack, he also had six broken ribs and bruised lungs. He also occasionally experiences shortness of breath.

Furthermore, Paul’s Deputy Chief of Staff, Sergio Gor, said that Paul “expects to be back in the Senate after his quarantine period ends and will continue to work for the people of Kentucky at this difficult time.” He also added that the D.C. office began operating remotely, and hence virtually no staff had contact with the coronavirus-positive Senator Paul.

However, Paul is the third member of Congress to be diagnosed with Covid-19. Previous cases were of Florida Representative Mario Diaz-Balart and Democratic Rep. Ben McAdams of Utah. Mario Diaz-Balart is a Republican who was the first member of Congress to test positive for coronavirus on March 18. Similarly, Ben McAdams also announced that he tested positive for the virus.

Senator Rand Paul was born on 7 January 1963 and he is currently 59 years old. His birth name is Randal Howard Paul and he is originally from Pittsburgh, Pennsylvania. His parents are Carol (née Wells) and Ron Paul. Also, his father is also a politician and physician, who was a Texas Representative and he also ran for President of the United States three times. Paul also has four siblings Ronald “Ronnie” Paul Jr., Lori Paul Pyeatt, Robert Paul, and Joy Paul-LeBlanc. Among the five Paul siblings, he is the middle one.

Furthermore, Paul was baptized in the Episcopal Church. Growing up, he went by “Randy”, but later shortened it to “Rand.” Additionally, the Paul family moved and the Paul siblings grew up in Lake Jackson, Texas, in 1968. It is also where his father began a medical practice. Also, he was the only obstetrician in Brazoria County for an extent of time.

His father was elected to the United States House of Representatives when he was only 13 years old. The same year, he attended the 1976 Republican National Convention. At the convention, his father headed Ronald Reagan’s Texas delegation.

During his teens, he often spent summer vacations interning in his father’s congressional office. He also studied the Austrian economists as well as the writings of Objectivist philosopher Ayn Rand.

Talking about Rand’s schooling, he went to Brazoswood High School. There, he was involved in the swimming team and also played defensive back on the football team.

Later, he enrolled at Baylor University from fall 1981 to summer 1984. There, he enrolled in the honors program. At Baylor too, he was involved in the swim team and the Young Conservatives of Texas. He was also a member of a secret organization known as The NoZe Brotherhood.

Further, he also regularly contributed to The Baylor Lariat, a student newspaper. However,  Paul dropped out of Baylor without completing his baccalaureate degree. He did so because he got accepted into his father’s alma mater, the Duke University School of Medicine.

This field did not require an undergraduate degree for admission to its graduate school at that time. From there, he earned an M.D. degree in the year 1988, and then he completed his residency in ophthalmology in 1993. Dr. Paul completed a general surgery internship at Georgia Baptist Medical Center in Atlanta, Georgia before

Rand Paul is a U.S. Senator, an M.D., and he is also one of the nation’s leading advocates for liberty. The United States Senate 2010 elected him and he has proven to be an outspoken champion for constitutional liberties and fiscal responsibility since then. Dr. Paul is a fierce advocate against government overreach and he has fought tirelessly to return government to its limited, constitutional scope.

Senator Paul is a hard-working and dedicated physician before he participated in politics. Paul came to Washington to make a difference. In 1995, Paul founded an organization that provides eye exams and surgery to needy families and individuals. It was the Southern Kentucky Lions Eye Clinic.

Moreover, he is a former president and 17-year member of Lions Clubs International. It is dedicated to preserving sight by providing eyeglasses and surgery to the less fortunate around the world. Lions Clubs International awarded Dr. Paul many of its highest commendations in recognition of his outstanding and sustained efforts to provide vision care to Kentuckians in need.

While he was practicing ophthalmology, Paul dedicated a large part of his daily work to preserving the vision of senior citizens. Moreover, The Twilight Wish Foundation recognized Dr. Paul for Outstanding Service and Commitment to Seniors in the year 2002. Before all this, Paul passed the American Board of Ophthalmology (ABO) boards on his first attempt and earned board certification under the ABO for 10 years in the year 1995. 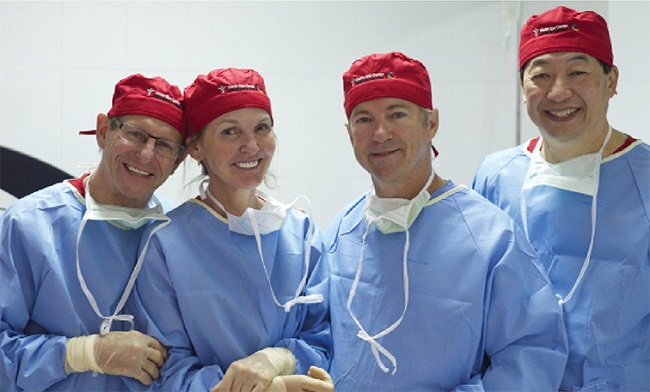 At present, Dr. Paul performs pro-bono eye surgeries for patients across Kentucky in his free time. Additionally, he also provides free eye surgery to children from around the world. He does so from his participation in the Children of the Americas Program. Most recently, Paul traveled to Guatemala and Haiti on a medical mission trip. He joined the University of Utah’s Moran Eye Center for this. During his time there, he helped restore over 200 patients’ vision. Many of them were blind with cataracts before his service.

Dr. Paul’s entrance into politics also indicates his life’s work as a surgeon. He has the desire to diagnose problems and provide practical solutions, whether it be in Bowling Green, Ky., or Washington, D.C. Here’s a timeline of Senator/doctor Rand Paul:

Rand Paul is a devoted husband and father of three. His family is living in Bowling Green, Kentucky. There, he owned his ophthalmology practice where he performed eye surgery for 18 years. Paul married Kelley Ashby Paul on October 20, 1990. Kelley is from Russellville, Kentucky.

The couple is married for almost 30 years now and they have three sons together. They are William, Duncan, and Robert. Paul regularly volunteered to coach teams for each of his three sons in Little League baseball, soccer, and basketball. 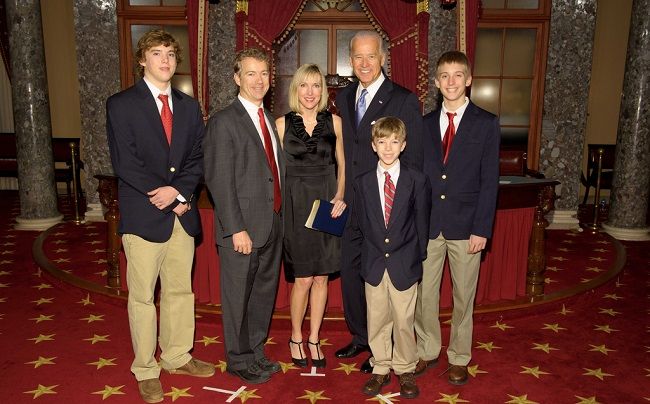 Caption: Rand Paul with his family at his ceremonial swearing. Source: Wikimedia Commons

On November 3, 2017, Rand Paul’s neighbor named Rene Boucher (then aged 59) assaulted him. Rene was a retired anesthesiologist. At the time of the assault, Paul, who is deaf in one ear, was wearing noise-canceling headphones. He was then mowing his lawn wearing the headphones and this enabled the neighbor to tackle him before he saw Rene.

Rene got arrested and charged with one count of fourth-degree assault and released on a $7,500 bond. Through this assault, Paul had five broken ribs, of which three were displaced fractures. The neighbor’s attorney, Matthew Baker, described the incident as “a very regrettable dispute between two neighbors over a matter that most people would regard as trivial”. Rene assaulted him repeatedly leaving tree yard debris near his property line with his neighbor.

In August 2019, as a result of the injuries during this assault, a part of Paul’s lung required removal. Again in September of 2019, the United States Court of Appeals for the Sixth Circuit vacated Boucher’s sentence of 30 days. They ruled the sentence was unreasonably short. They also indicated “closer review” was in order, and remanded the case to the lower court for resentencing.

Senator Rand Paul stands at a height of 1.73 m, i.e. 5’7″ and his weight is around 65kgs. Similarly, he has brown eyes and brown-grey hair color.

Senator Paul has an account on both Twitter and Instagram. He joined Twitter in November 2010 and as of March 2020, he has 2.7 million followers. Similarly, his Instagram handle, @drrandpaul has 128k followers and 549 posts so far. His bio for his social media accounts is “I fight for the Constitution, individual liberty & the freedoms that make this country great”.