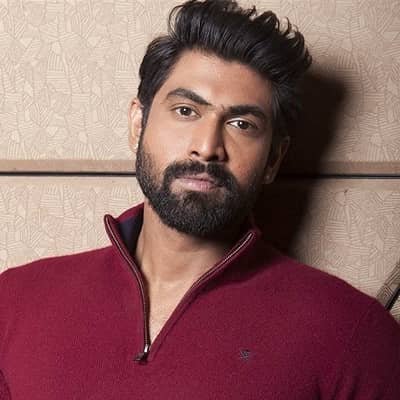 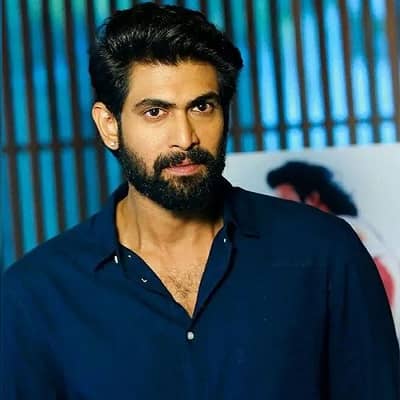 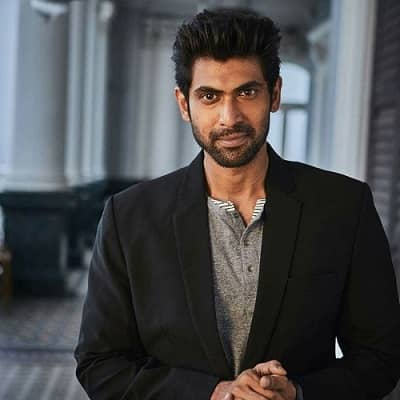 Rana Daggubati was born Ramanaidu “Rana” Daggubati. His birthdate is 14 December 1984. His hometown is in Madras, Tamil Nadu, India. He is presently 36 years old and his birth sign is Sagittarius. He was born to Telugu film producer D. Suresh Babu and his wife Lakshmi Daggubati. He has two siblings, a sister named Malavika Daggubati and a brother named Abhiram Daggubati.

Rana did his schooling in Chennai and Hyderabad from Chettinad Vidyashram and Hyderabad Public School respectively. Later, he studied at St. Mary’s College, Hyderabad. Therefore, he holds a degree in Industrial photography. Rana lives with his family in Hyderabad. Additionally, he owns a house in Mumbai. 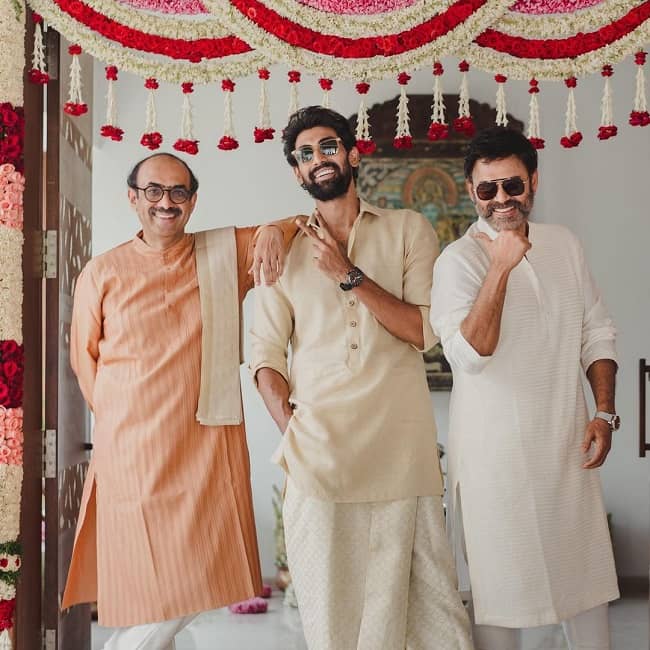 In the year 2012, he earned fame by starring in the hit Telugu film ‘Krishnam Vande Jagadgurum.’ Likewise, in 2015, he played a notable supporting role in the successful Hindi film ‘Baby’. Also then, he appeared as Bhallaladeva, the main antagonist in Telugu–Tamil bilingual film ‘Baahubali: The Beginning’. The film recorded the second-highest gross opening for an Indian film.

Then, he was featured in a supporting role in the Tamil film ‘Bangalore Naatkal (2016)’. In the following year, he also reprised his role as Bhallaldeva in ‘Baahubali 2: The Conclusion.’ And, it became the highest-grossing Indian film of all time. Rana has also appeared in successful films like Rudramadevi (2015), Ghazi (2017), and Nene Raju Nene Mantri (2017). 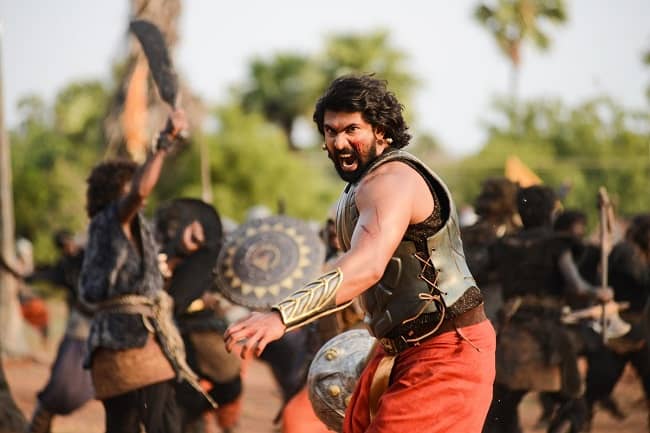 Moreover, he has set himself as one of the leading actors in Telugu cinema. And, Rana is also described as one of the few actors in India who were able to achieve pan-Indian appeal, having taken up a variety of roles, from leading roles to supporting characters, in different languages.

Further, as a Visual Effects producer, in 2006, for the Telugu film ‘Sainikudu’, he won the State Nandi Award for Best Special Effects. Similarly, in the same year, he received the National Film Award for co-producing ‘Bommalata – A Bellyful of Dreams.’

Moreover, he is an established and is a famous television personality, hosting award shows like the 2nd IIFA Utsavam, the South Indian International Movie Awards. Further, he also hosts his own celebrity talk show ‘No. 1 Yaari’. Apace from building a career in cinema, Rana is also invested in businesses ranging from a business accelerator program for technology startups to an entertainment agency and a comic book company.

Likewise, he has created his own Youtube channel SouthBay.Live on 15 November 2020. And, the channel streams various content including podcasts, fiction, and non-fictions unscripted shows, live chat shows, music, animation, etc. 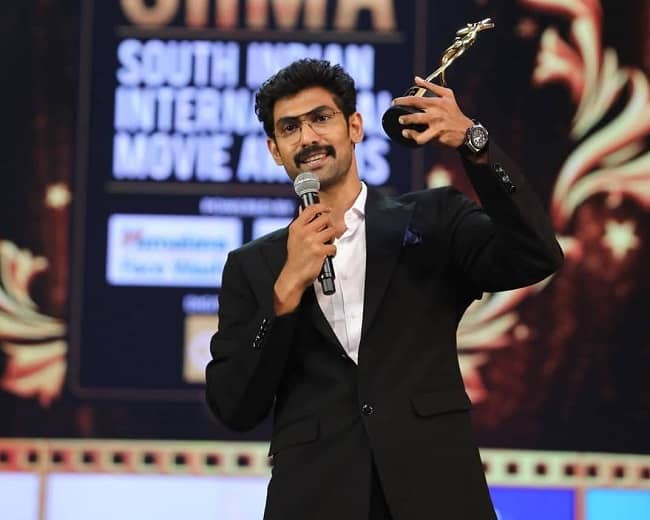 Further, for the year 2011, he was voted “The Most Promising Newcomer of 2011” for the same poll. And, in 2011, he was featured in GQ India’s Best Dressed Men list. Moreover, due to the similarities between the Hulk and the character Bhallaladeva, he is often called the “Hulk of Tollywood”.

Additionally, he has signed an endorsement deal with Ubon in 2020 and with CEAT in 2021. Moreover, he has been the brand ambassador of Telugu Titans in the Pro Kabaddi League. Likewise, on 1 June 2021, Sony Pictures Networks India has launched the sports channel Sony Ten 4, for which he was signed as the brand ambassador and promoter.

Rana engaged his girlfriend, Miheeka Bajaj on 21 May 2020. Moreover, Mihika is the founder of Dew Drop Design Studio. Then, the marriage took place on 8 August 2020 at Ramanaidu Studios. As of now, they are living a happy and enjoyable life. Both of them keep sharing their beautiful pictures and videos showing their love and affection towards each other. 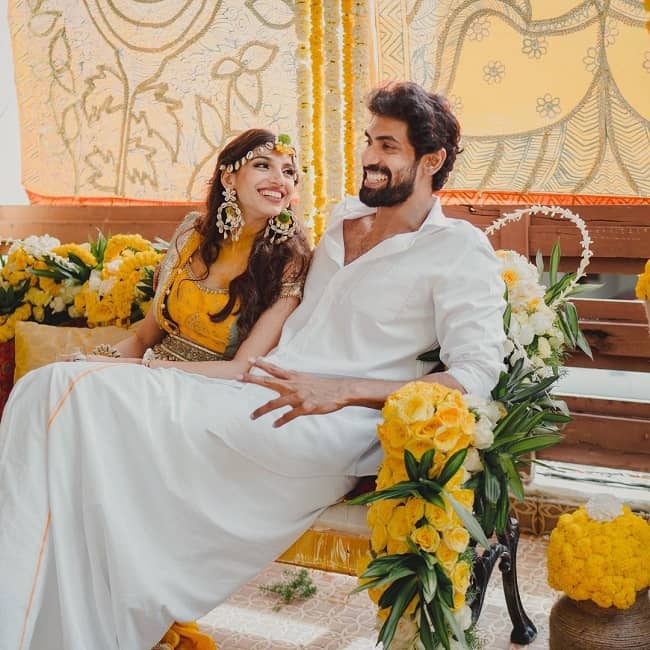 This hulk of Tollywood stands tall at a height of 6 feet 2 inches. He weighs around 102 kilos. Similarly, Rana has a well-maintained and muscular body physique. His chest-waist-biceps measurements are 46-35-18.5 inches respectively. Moreover, he has a set of pretty dark brown eyes and his hair is of black color.

Rana without a doubt earns a handsome amount of money from his professional career. He maintains a lavish lifestyle and his net worth as of 2021 is $6 million.