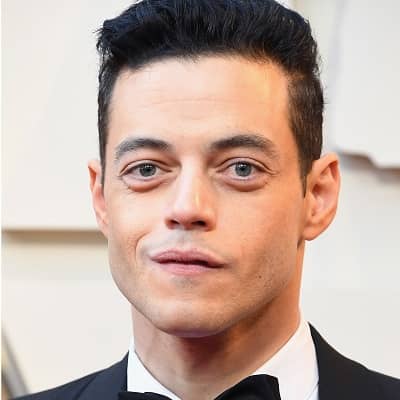 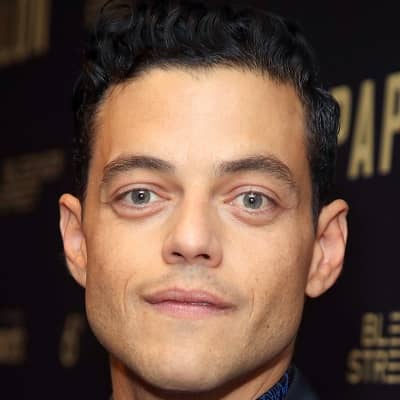 Rami Malek is an American actor. Rami Malek is famous for his roles in the film trilogy ‘Night at the Museum’ and the television series ‘Mr. Robot.’

Rami Malek was born in Torrance, California, the United States on May 12, 1981. According to his birthdate, he is 41 years old (as of 2022) under the zodiac sign Taurus. Malek holds an American nationality and belongs to mixed ethnicity.

Regarding his family background, Rami Malek was born to Said Malek (Father) and Nelly Malek (Mother). His father worked as a tour guide in Cairo before becoming an insurance agent. His mother works as an accountant.

He has a four-minute younger twin brother named Sami. He also has an older sister, Yasmine, who is a doctor. 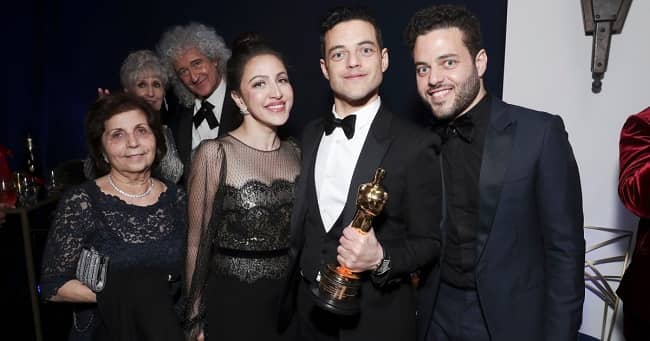 Speaking of his educational background, Malek went to Notre Dame High School in Sherman Oaks, California. He later attended the University of Evansville in Evansville, Indiana. He earned a Bachelor of Fine Arts degree in 2003.

Talking about his career, Rami Malek started his acting career as a guest star on the television shows ‘Gilmore Girls,’ ‘Over There,’ and ‘Medium.’ He played an important role in the American sitcom ‘The War at Home’ (2005–07).

In 2006, he made his film debut as a supporting actor in the comedy fantasy film ‘Night at the Museum.’ He played Pharaoh Ahkmenrah in the film and reprised his role in the sequel ‘Night at the Museum: Battle of the Smithsonian’ in 2009. Both films were financially successful.

Although there were conflicting opinions, it was a commercial success. The sci-fi film “Battleship” in 2012 was his subsequent film appearance. He starred in “The Twilight Saga: Breaking Dawn—Part 2” in 2012.

The movie, which served as the last chapter in the Twilight Saga movie series, was a big financial hit.

In 2013, Malek had two films released: ‘Ain’t Them Bodies Saints’ and ‘Short Term 12’. He appeared in the action thriller film ‘Need for Speed’ in 2014. It was based on the same-named video game series.

Further, In 2015, he began starring in the drama thriller TV series ‘Mr. Robot.’ He also played Elliot Alderson, an engineer and hacker who is recruited by Mr. Robot, an anarchist insurgent. Malek’s performance was praised, and he received an Emmy Award for it.

He also appeared as the lead in the mystery film ‘Buster’s Mal Heart’ in 2016. ‘Papillon,’ a 2017 biographical drama film, is his most recent work. The film is about a French prison escapee named Henri Charriere.

Malek won several awards for his portrayal of singer Freddie Mercury in ‘Bohemian Rhapsody,’ including the ‘Academy Award’ for best actor.

Malek has been nominated for and has won a number of significant industry honors. He was nominated for three Golden Globes, one Emmy, two Satellite Awards, two Screen Actors Guild Awards, and others for his work in Mr. Robot.

Rami Malek has earned a huge amount of money through his hard work and brilliance. His estimated net worth in 2022 is around $20 million.

Throughout his career, Rami Malek has been the face of a variety of brands, from clothing and apparel to restaurants and amusement parks. Some of the brands that Rami Malek has collaborated with are American Airlines, Diesel, Dior, and Krisvanassche.

Regarding his love life, Rami Malek is currently in a relationship with an American and English actress, Lucy Boynton.

The two met on the set of Bohemian Rhapsody, a film that catapulted them both to fame, and have been dating since at least 2018. Malek previously had a relationship with Portia Doubleday, who co-starred with him in ‘Mr. Robot.’ 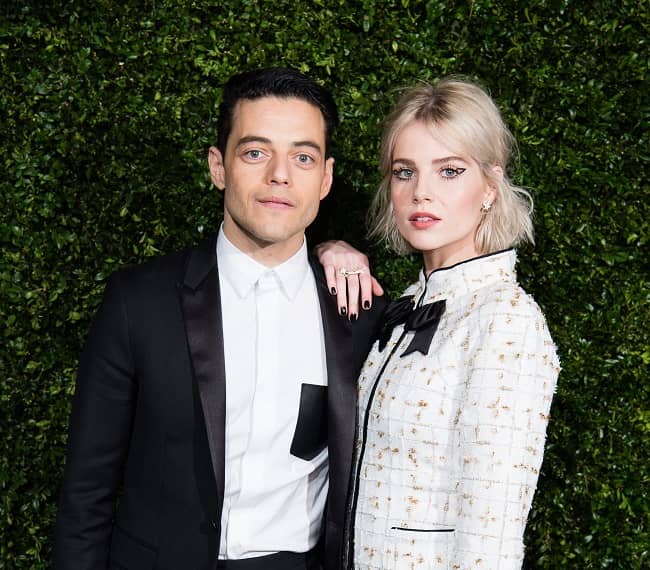 Rami Malek is very handsome and attractive, undoubtedly. He has a perfect height of about 5 feet 7 inches (170 cm) and weighs about 70 kg (154 lbs). In addition, Malek has blue pair of eyes and black hair color.